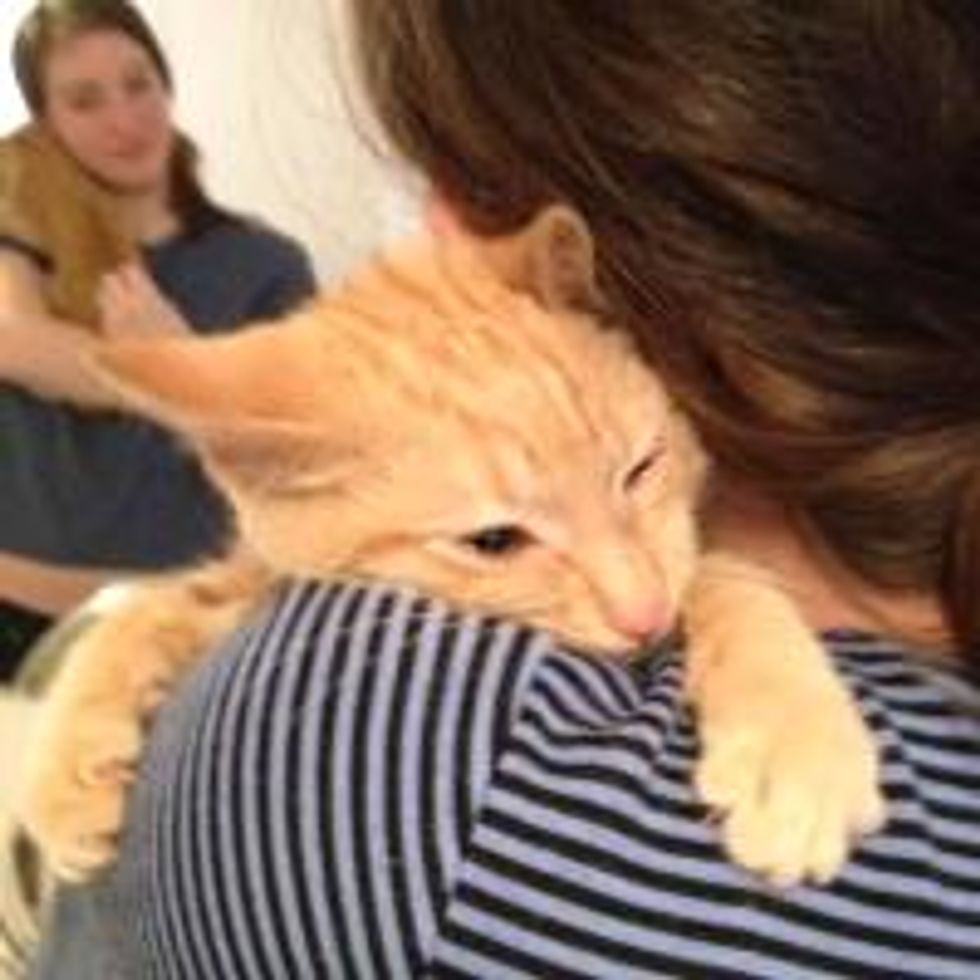 The Face Kitty Makes After They Save Him from an Alley

This is the face they saw after rescuing the little one from an alley downtown.

A couple months ago my dad noticed 3-4 stray kittens by his office in downtown Atlanta. After my dad informed me, we made it our mission to trap these little guys in a catch-em-alive trap we had. We intended to catch them, make sure they were healthy and find homes for them. It took weeks for us to catch one. Partly because we had to set the trap in my dad's chain link enclosed parking lot that a cat could slip under but a human might have a bit of trouble.

We set the trap here avoid homeless man from stealing the trap! Unfortunately, despite our efforts we did lose one trap to a thieving homeless person who noticed the trap behind the bushes, but no matter we got another and kept trappin! FINALLY after checking the trap religiously every morning we caught this little guy!

My mom and I immediately postponed our plans for the day and took him to the vet. All of his tests for feline leukemia, AIDS, and other diseases came back negative. He was however; covered in fleas and bouncing all over the wire cage made one vet think we should just release him because he was too "feral." We were thrilled that he was healthy and despite the vets opinion we took him home. This is one of the pictures we took of him after getting home from the vet that day. And while the teary eyes are from him having a cold he is now fully recovered! He was a bit drugged up for his photo shoot but even after the drugs wore off he was still so sweet! We decided to keep him because honestly how could I give up such a sweet little loving baby? Today, three months later he is still a sweetie pie snuggling sweetheat!

Kitty thankful for a second chance

They said he was too feral, but he's proved them wrong