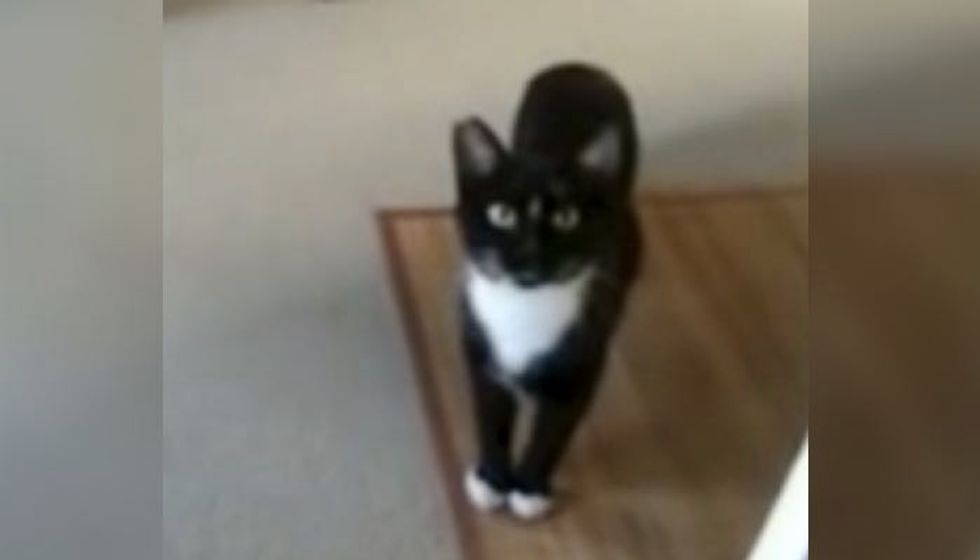 This Cat Goes From Feral Life To Forever Home

This tuxedo cat was born and lived most of her life in the wild and had never been socialized until she met a lady who became her best friend. Slowly, she began to open up to her.

"This video took place over the course of a year. She was originally trapped and neutered. They said she was too wild to be brought indoors."

"I didn't really know what I was doing when I took cutie petutie in. I could not stand for her to be out in the cold any longer. They told me she was too wild to bring inside. I put an cat bed outside my door for a year. I air pet her and talked to her while she was still outside. Finally one day when she had walked inside, I closed the door, and her life as an inside cat began."

She was said to be too wild to be brought indoors... But the kind lady in this video never gave up hope. She fed and played with the kitty every day. Here's the kitty visiting her human at her door.

It took about a year for her to finally feel comfortable enough to enter the house, but it was such a milestone for the kitty!

She continued to socialize the cat, gave her a lot of food, play and love.

One day, this happened. It's hard to believe she has lived most of her life outdoors and now she's sitting on her human's lap, enjoying to be petted and loved.