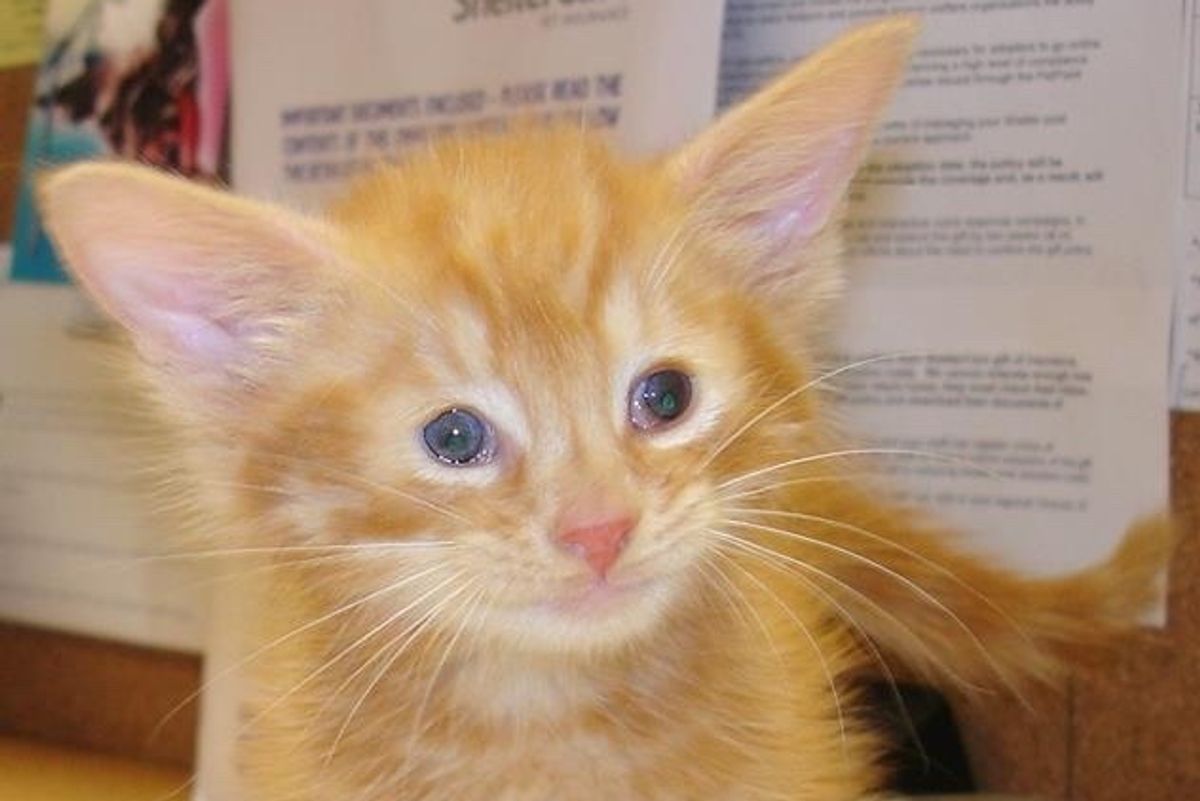 This special ginger kitty was born with four "ears". Though he can't see and is a bit wobbly, he makes up for it with affection and abundance of cuddles. Those extra adorable ears have made him all that more to love. 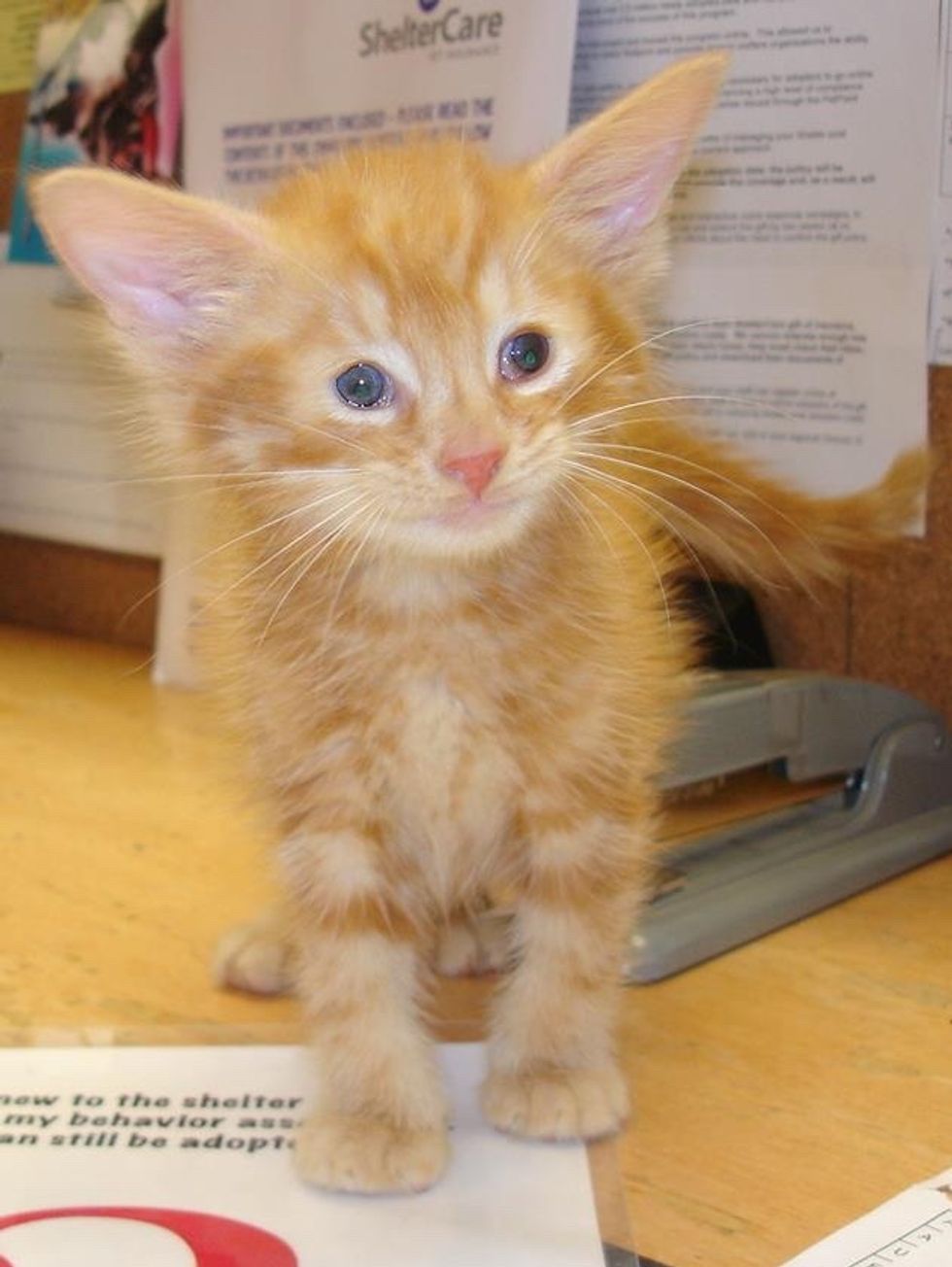 Kreacher was brought to the shelter with his two "normal" siblings. Soon the shelter staff discovered just how special he is.

"He has some neurological 'slowness', is vision impaired and, yes, has 4 'ears'," Kreacher's human, Jen Wesh, wrote.

Since the day he arrived in the shelter, the little ginger boy showed his human friends just how much he enjoyed life. A little bit of love, a head scratch or a cuddle would switch on his purr motor on loud and send him to happy land.

Despite his "disabilities" Kreacher doesn't think he's any different. He doesn't know how life would be like if he could see or walk a little straighter, but he is the happiest he can be, and he wants others to love him just the same.

Little Kreacher inspecting all the interesting things on the desk with his incredible sense of smell. 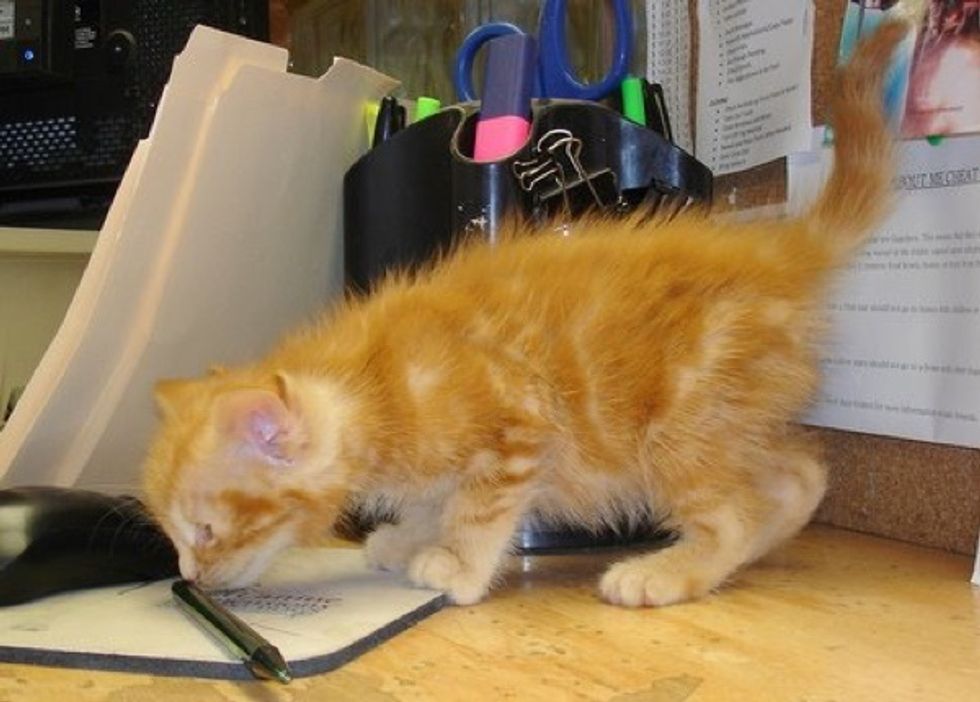 He can't see but he can hear the magazine every time they flip a page.

The little wonder cat is very curious and playful. 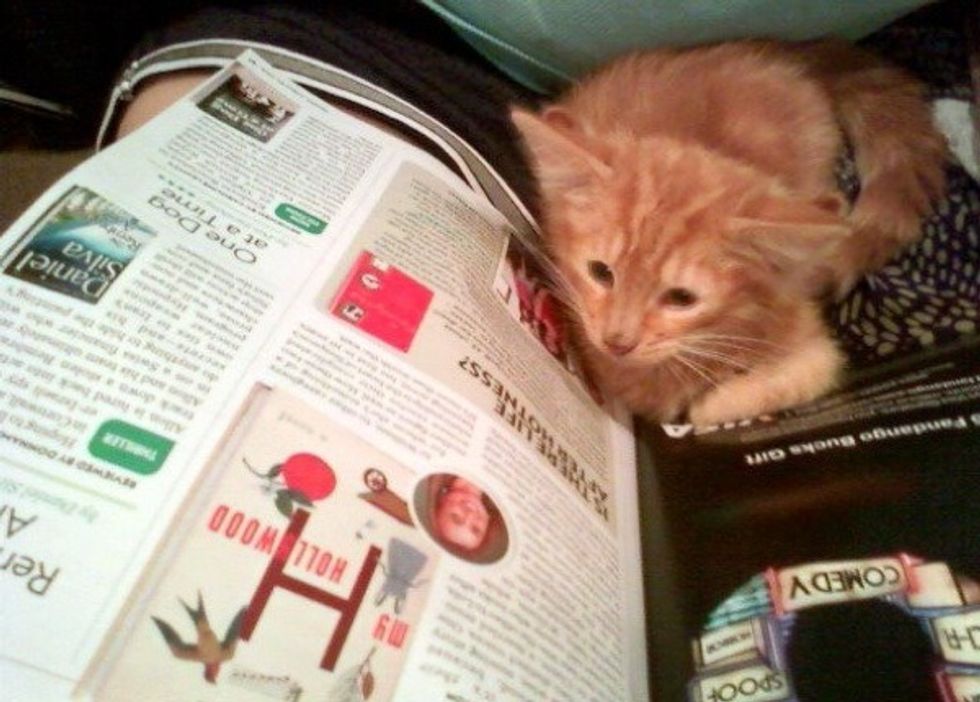 Kreacher is not the only cat that was born with four ears.

Batman the cat also share the same genetics, and both kitties have so much love to give. 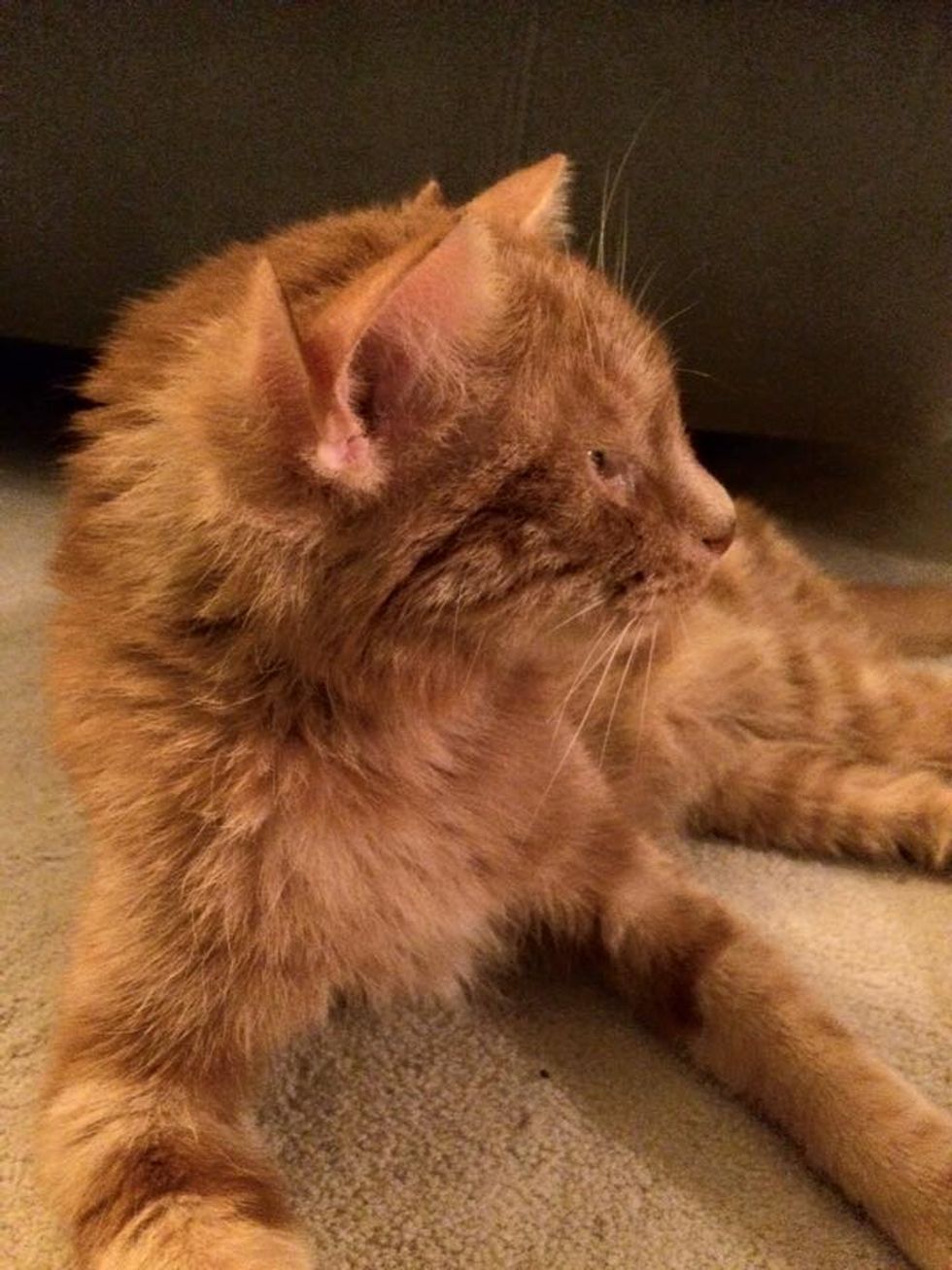 Kreacher loves to cuddle with his human dad, Matthew Soden, and receive kisses from him.

In return, he loves him back tenfold and becomes his most loyal friend. 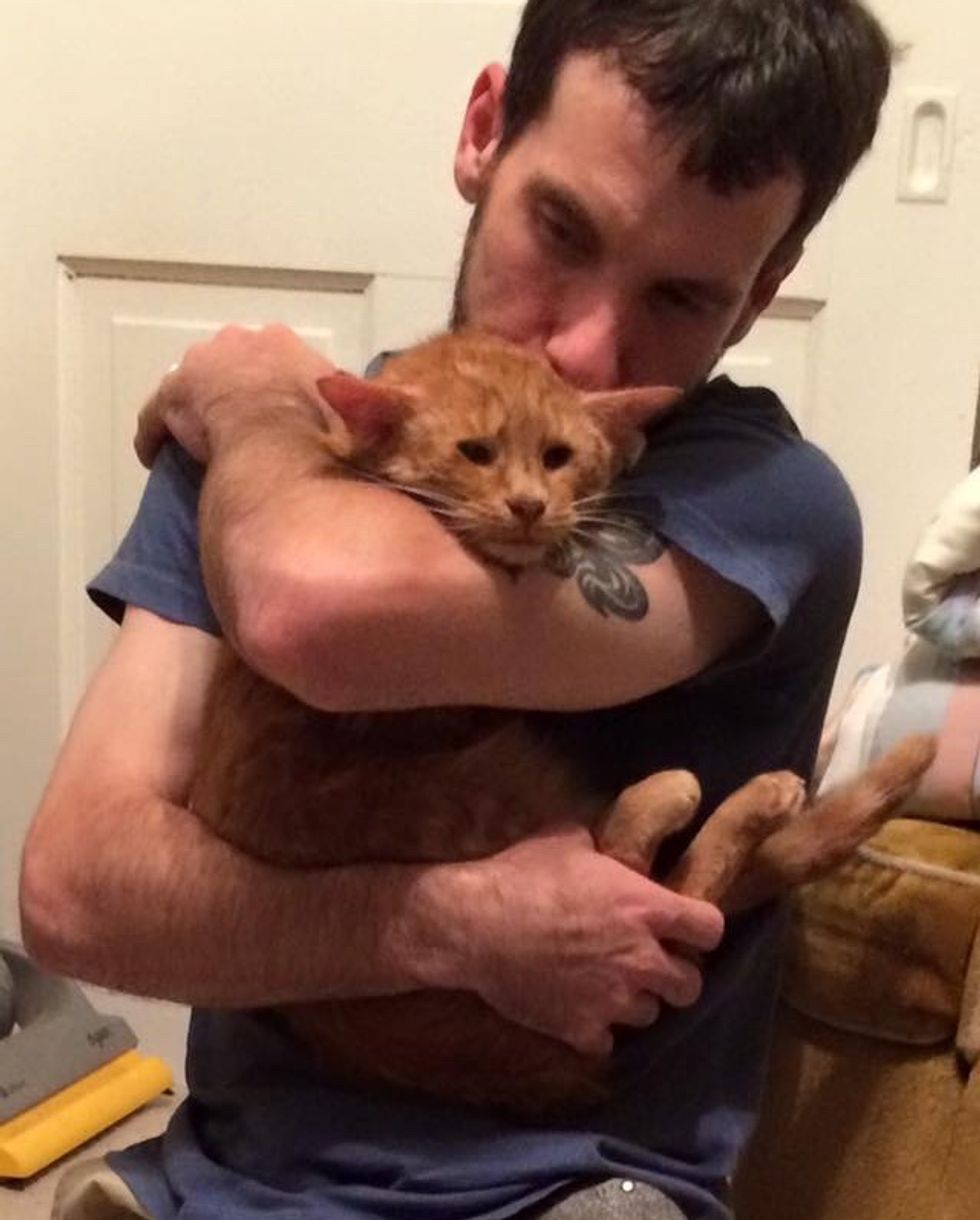 Kreacher is all grown up now!

His second set of "ears" functions more of an "elongated ear flap". He's quite a stunner! 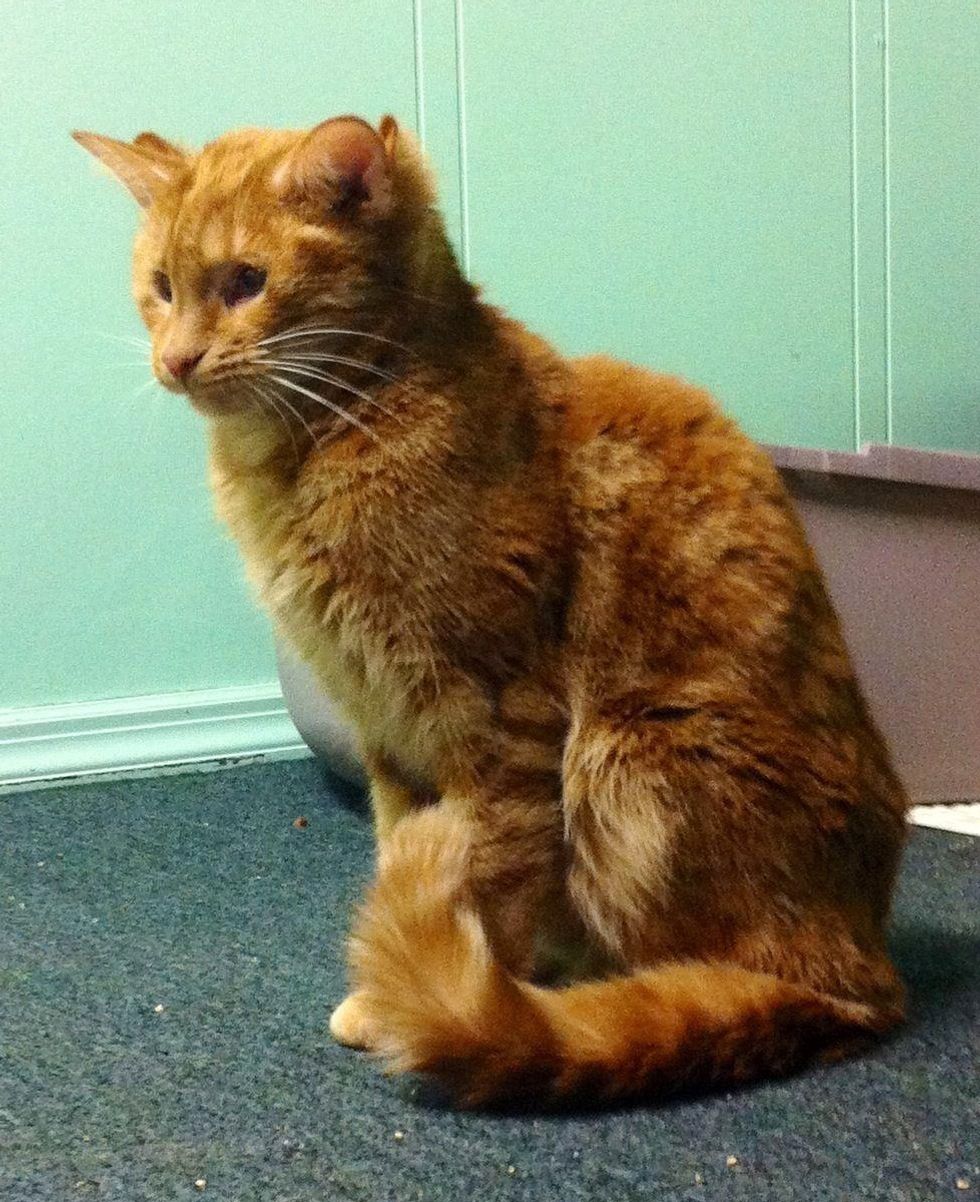 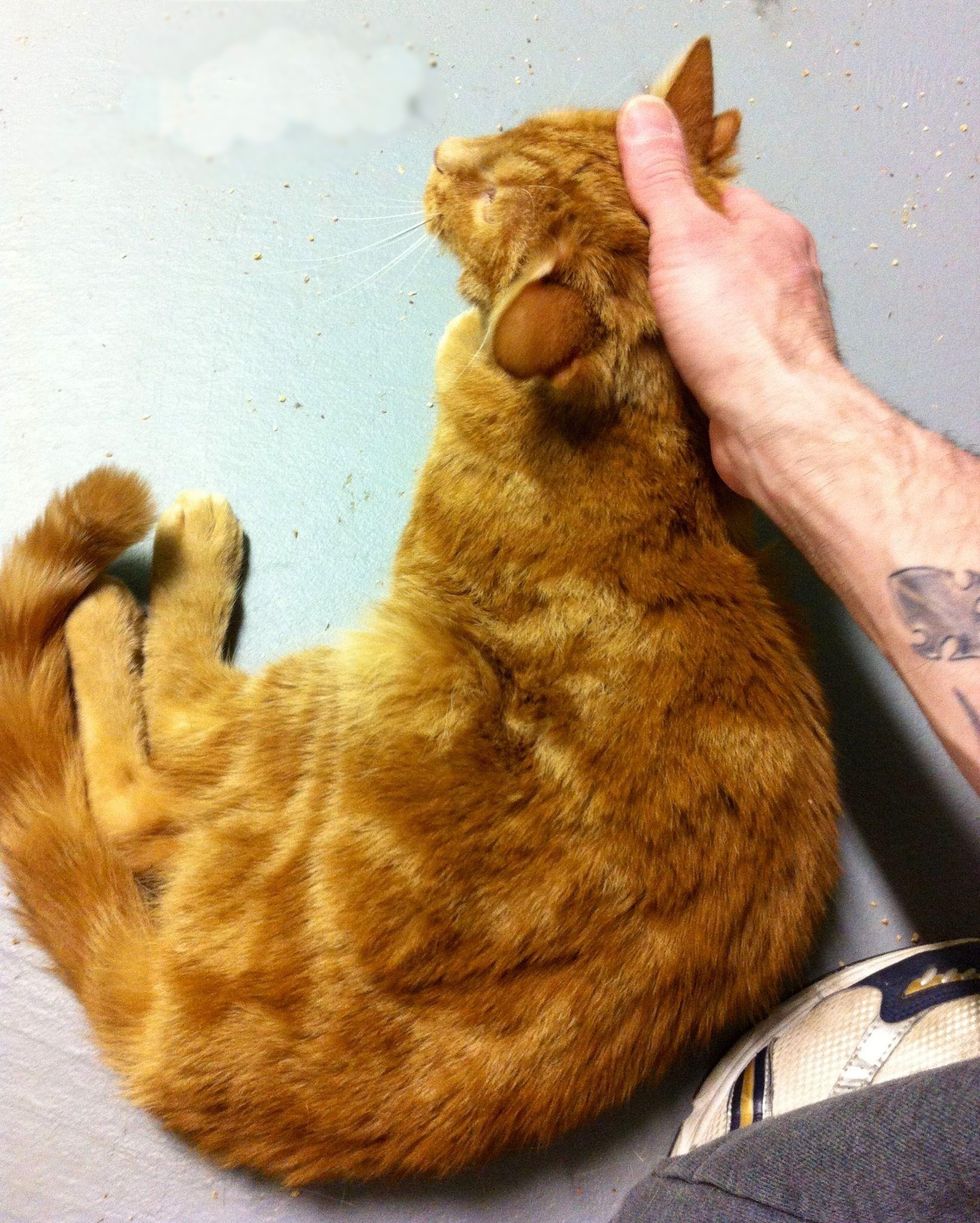 Spending time in his human's lap makes him a very happy, purry kitty. 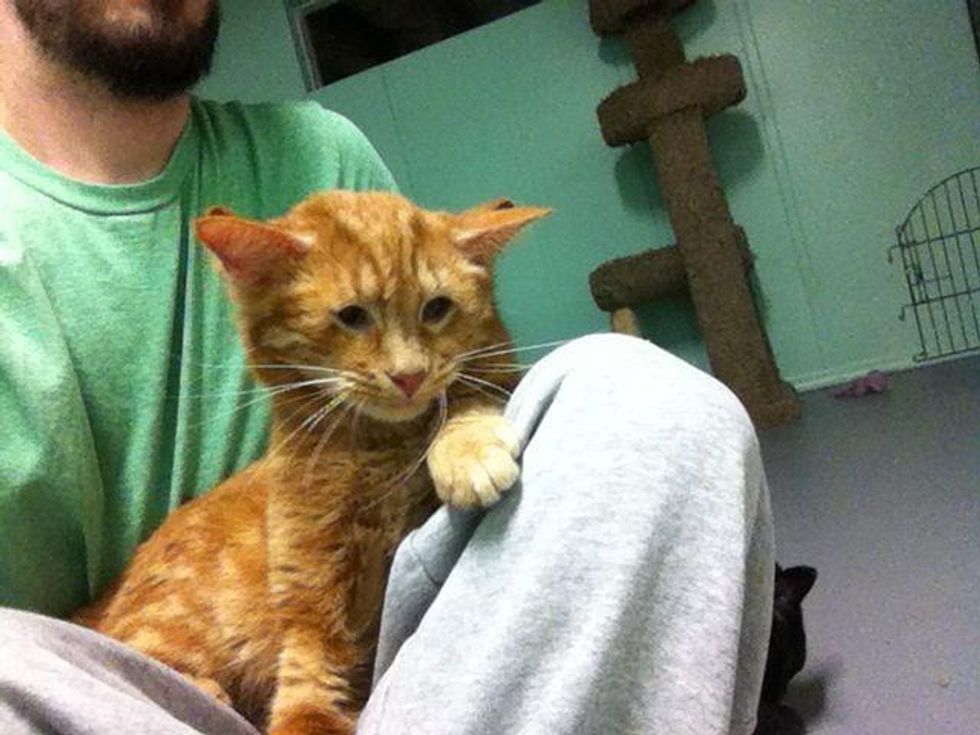 Five years ago, Kreacher came to his forever home and found love.

"He is spreading the word that disabled animals are just extra special all around - just as loving and deserving of good homes as any other pet." 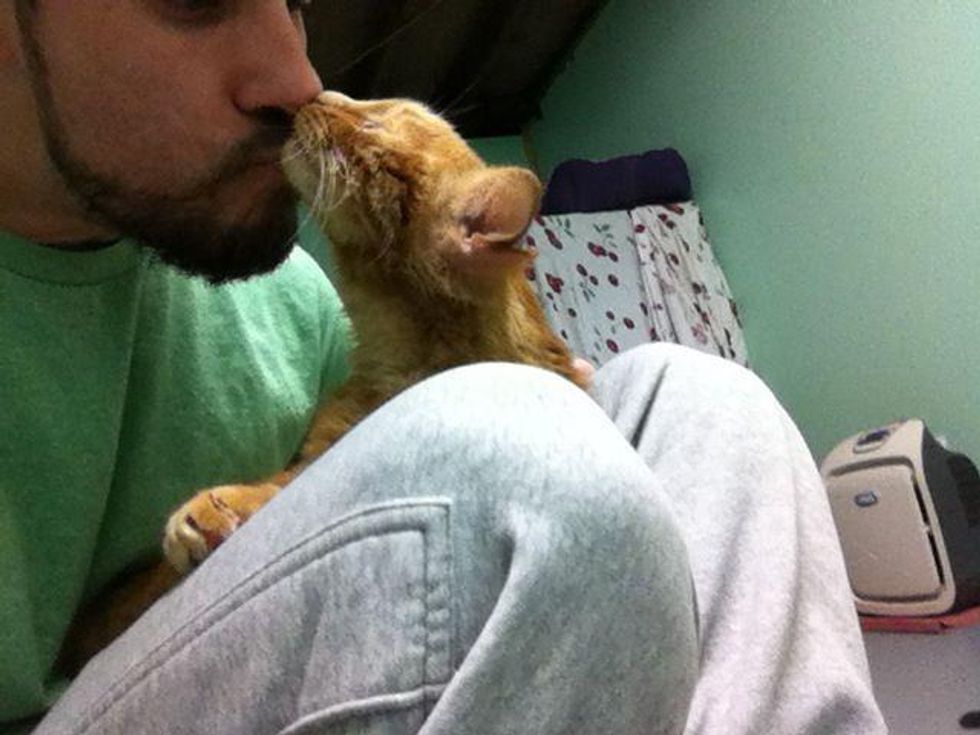