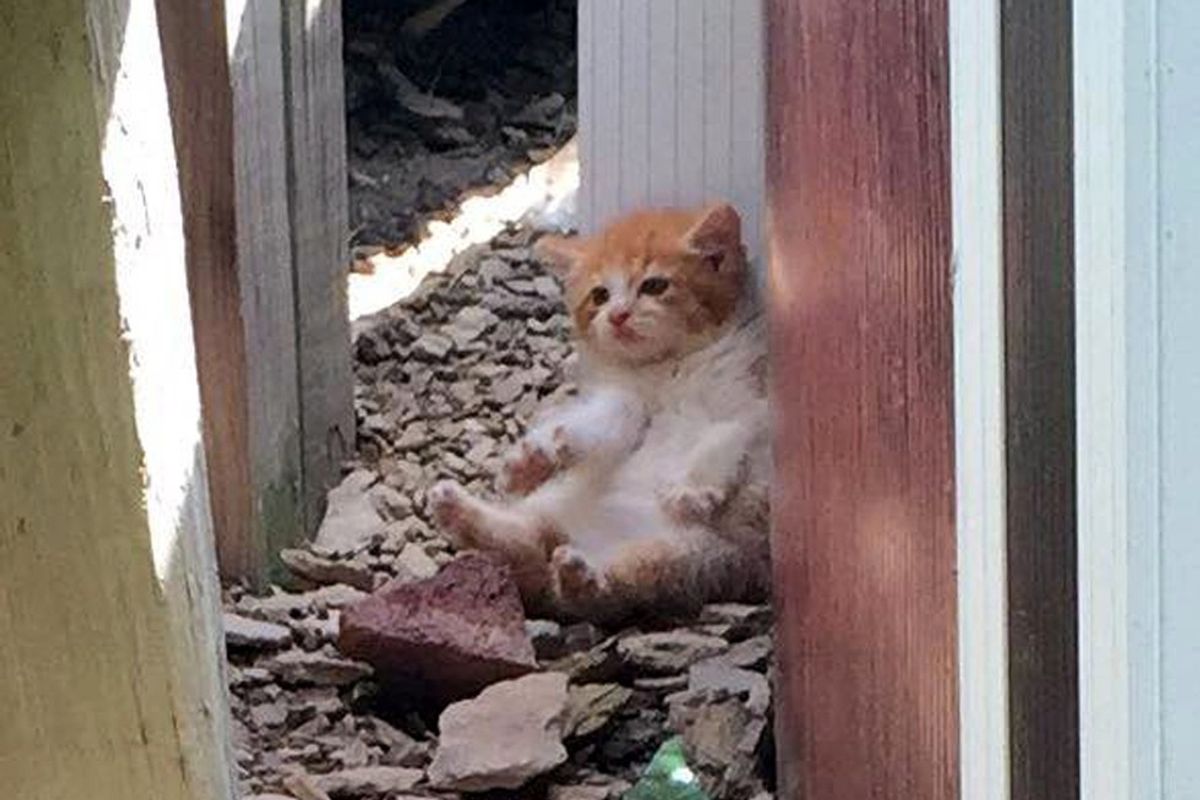 3 Kittens Found Under Pool Deck, One is Very Wobbly

A litter of three kittens were found underneath a pool deck. Their cat mother decided that would be the place for her to raise her babies.

When the owner of the pool saw the furry family, she knew it wasn't a good place because these little kittens are all clumsy, and one of them is very wobbly. 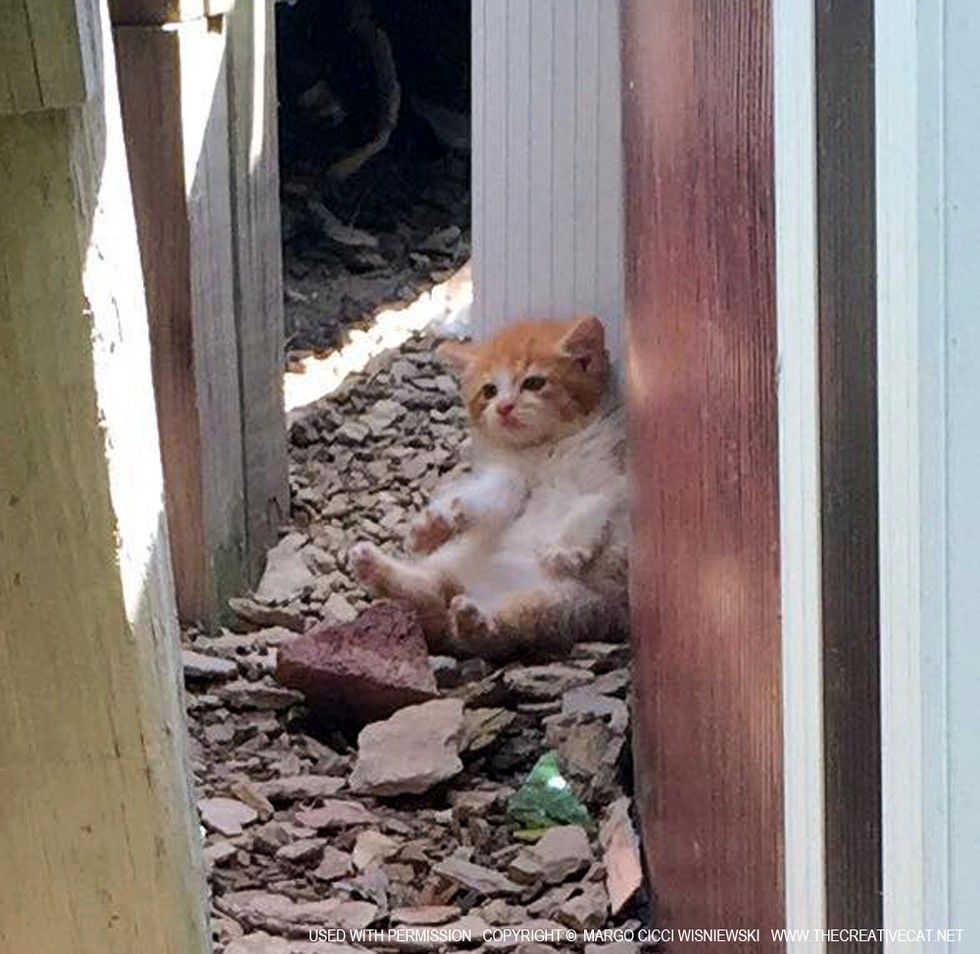 "Yesterday (Memorial Day) I went just to check out a situation in Bethel Park where there were kittens and a mom under a pool deck," Margo Cicci Wisniewski of Homeless Cat Management Team (Pittsburgh, PA) said on her Facebook.

"When I got there and saw one of the kittens, I knew we had to try and trap them immediately. It was clear that at least one of the kittens had Cerebellar Hypoplasia (CH, a disorder that effects their motor skills).

"After talking to the homeowner she said that the one I saw wasn't even the worst....my heart sank."

Margo immediately knew that the kitties needed to be rescued. She called a fellow rescuer, Tarra Provident, who quickly headed there with traps, and the rescue began. 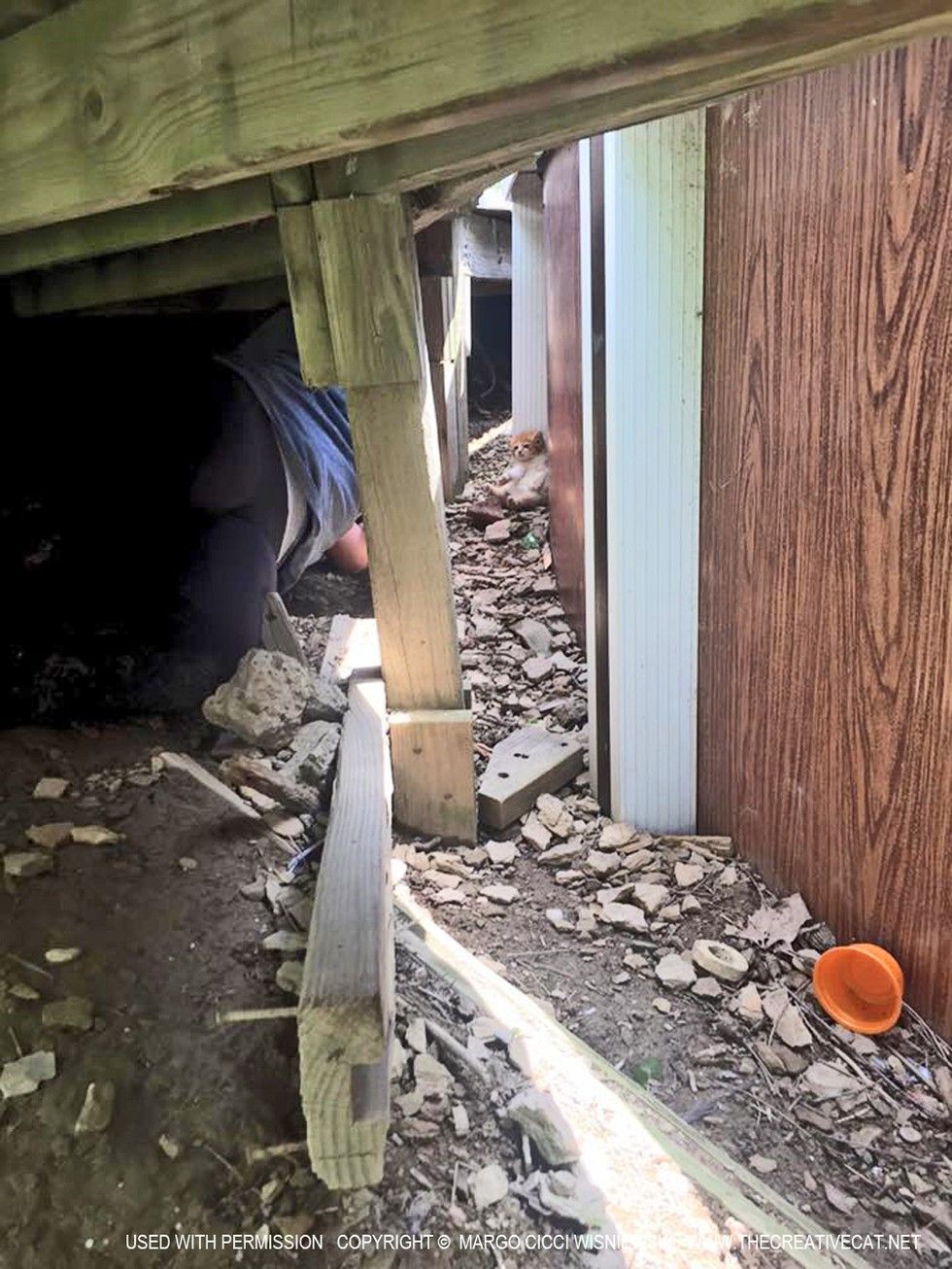 "When she arrived the one that was the worst had himself positioned under the deck in a spot where Tarra could get under the deck and grab him (he is unable to run away)."

Another rescuer, Karen Sable, came to help with trapping. "After about 6 more hours, she was able to get both of the other kittens at the same time," Margo said. 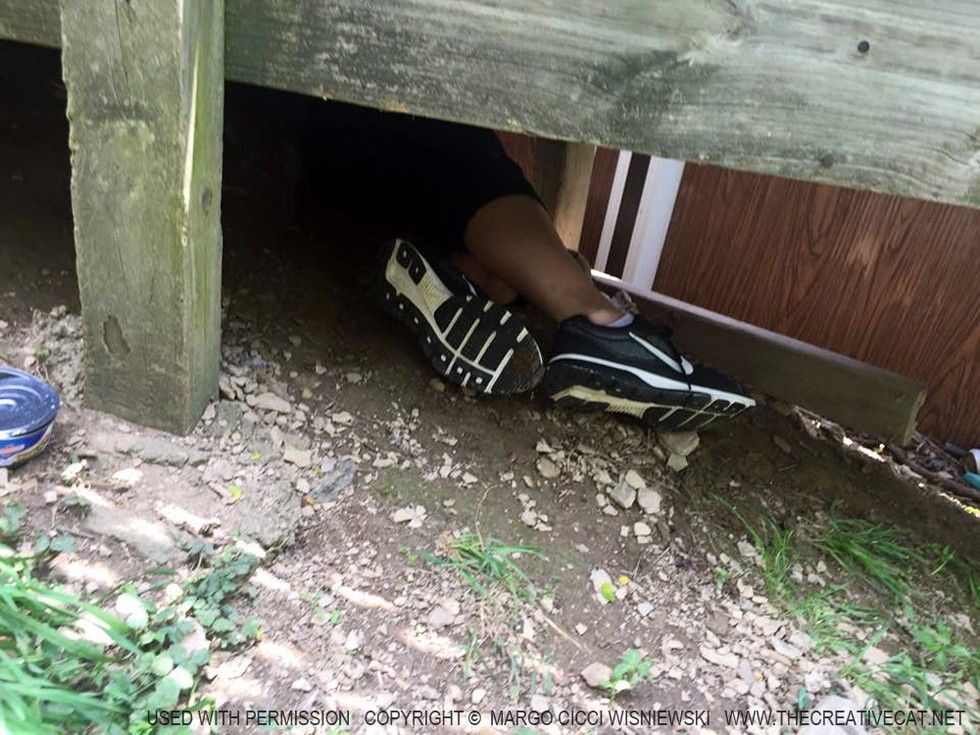 The kittens are about ten weeks old, clean and healthy despite their symptoms.

"Even the little guy who is pretty much immobile… is clean with no sign of abrasions or missing fur from dragging himself around," Bernadette E. Kazmarski wrote on The Creative Cat.

"That is one impressive mom cat who managed to nurse three kittens with balance issues and then to wean them to eat regular food, and kept her kittens' fur clean and the kittens in good health,"

The moment they got the little guy out from underneath the pool. 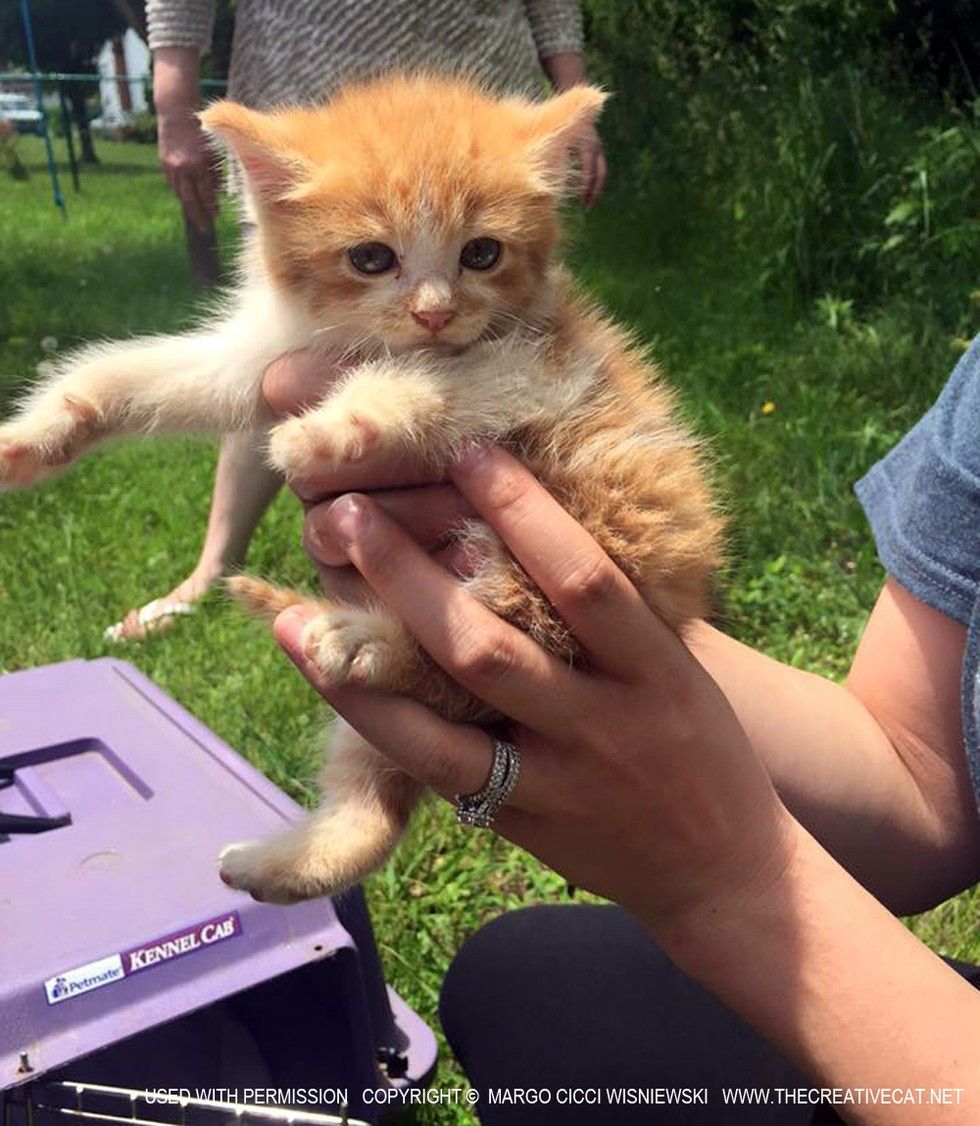 The Homeless Cat Management Team rescuers trapped the cat mother the next day and will have her spayed. 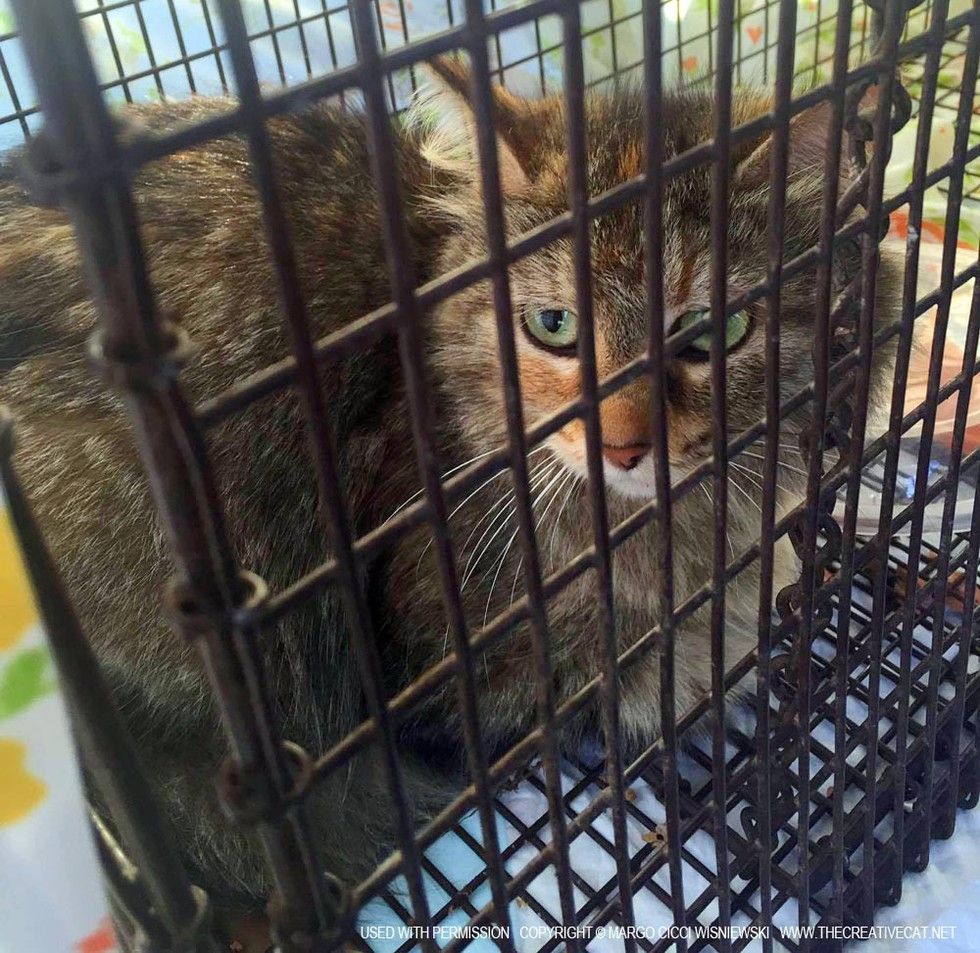 The kittens were born in the wild and had no human contact until they were found. However, it didn't take long for them to warm up to their human friends and accept their help.

This is the little guy (the tiniest of the three) drinking water just minutes after he was rescued.

Two of the kittens are a bit clumsy, but they can walk, eat and use a litterbox on their own. The little guy will need a loving home where he can get the assistance he needs for the rest of his life.

The little buddy and his siblings headed home with Margo that day.

"Their names were inspired by my love of the song 'Lost Boys' by Ruth B. It's a magical song, and I felt that these babies needed some magic in their lives, I know I certainly do!" Margo said. 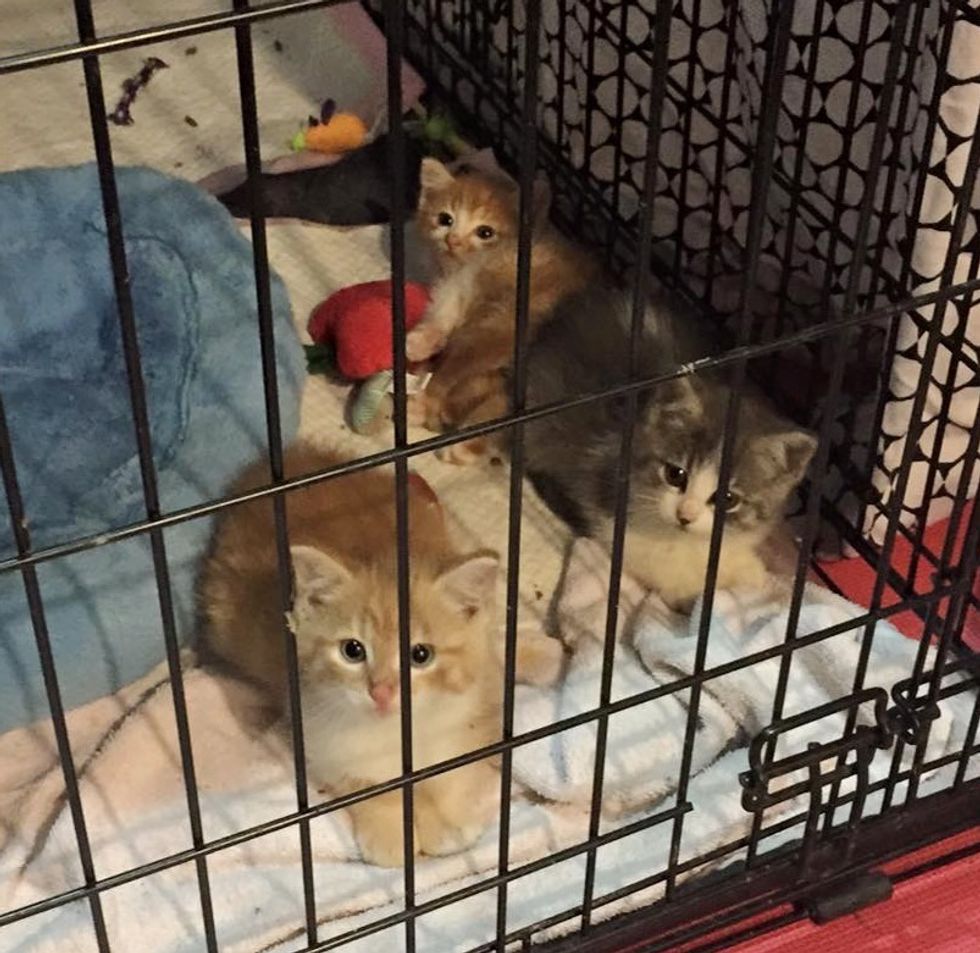 Even though Peter Pan is very wobbly, can't walk like his siblings and will need extra love and help daily, he is a very happy little guy who just wants to be loved and have a place to call his forever home. 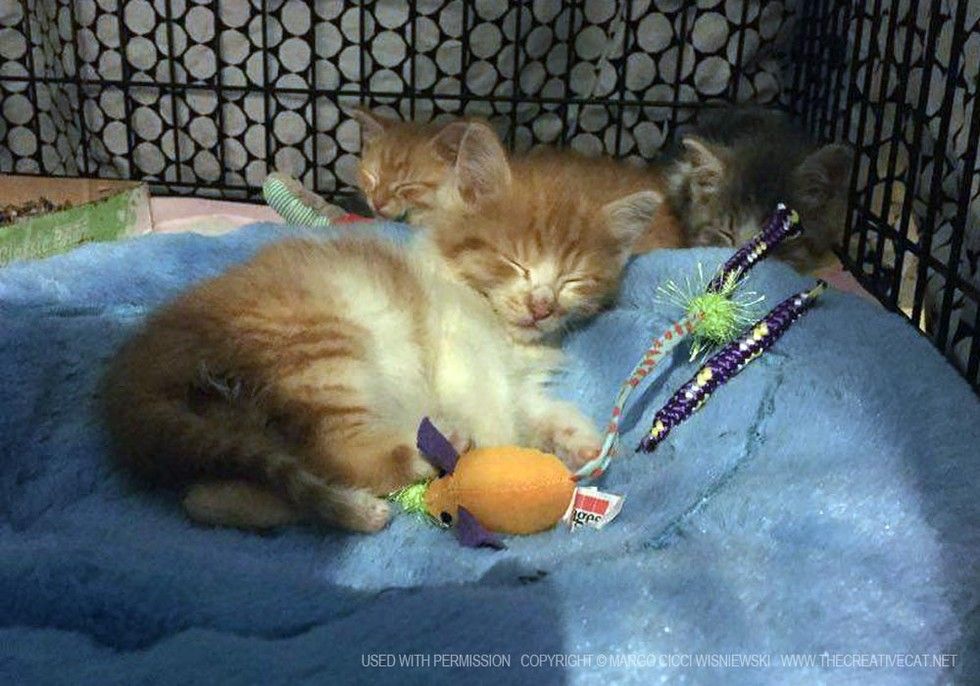 You can help their rescue efforts by visiting Homeless Cat Management Team website or following them on Facebook.