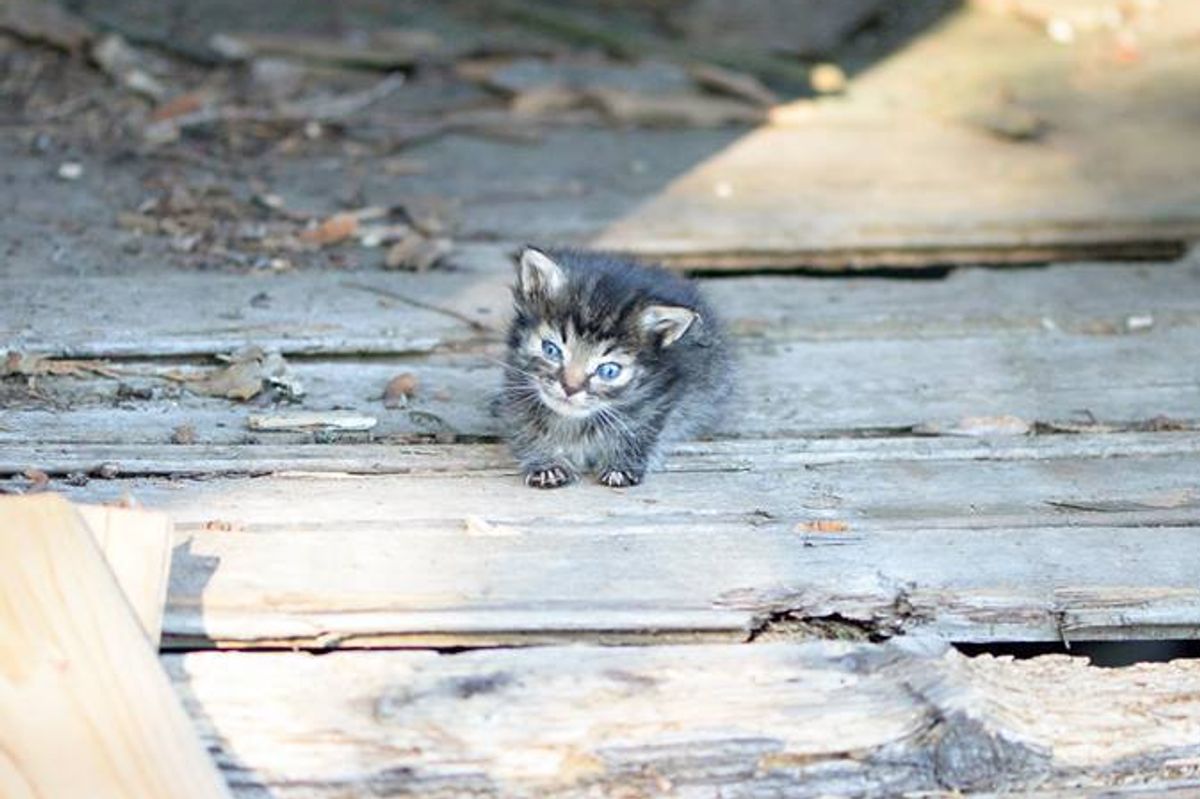 Tiniest 5-week-old Kitten They Ever Rescued, What a Difference 3 Days Can Make

He is the tiniest 5-week-old kitten they have ever rescued. The little fur buddy was just a quarter the size of his siblings, but he was fighting hard to live with the his loving cat mama who fought along with him. 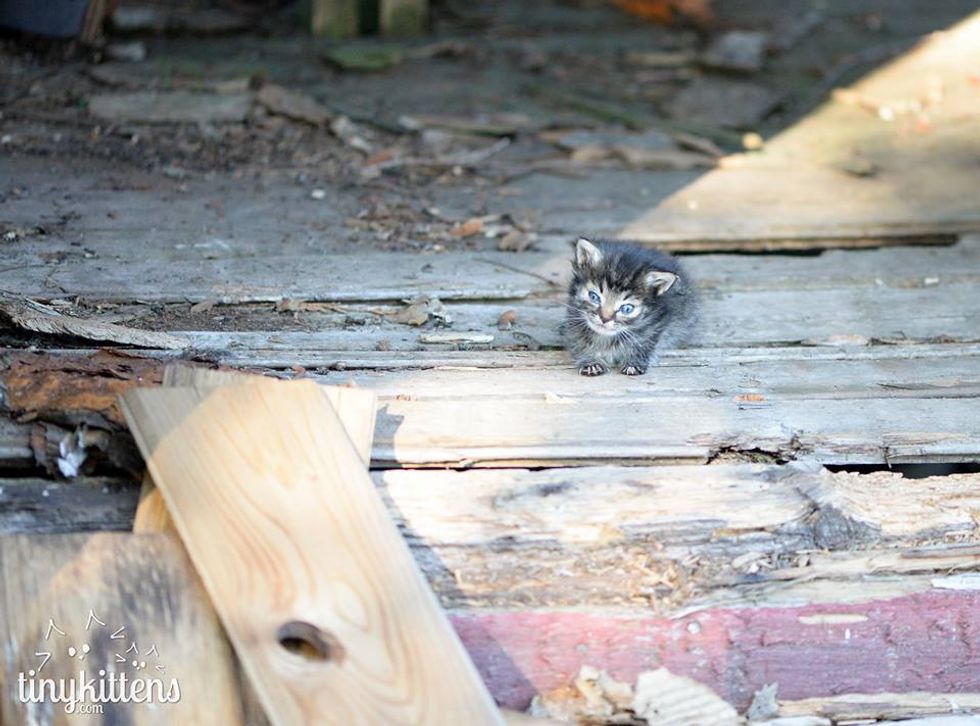 Rescuers of TinyKittens, based in Fort Langley, BC, came to a new feral colony, where they found a feline family that urgently needed to be relocated. The mama and her five kittens lived in some dilapidated sheds that were to be torn down.

"When I came closer, mama retreated behind some wood scraps and revealed Nano, the tiny ball of floof who had been snuggled up to her," the rescuer said. "The first time I laid eyes on Nano, huddled in the doorway of a dilapidated shed."

The teeny tabby kitten was much smaller than his siblings. "He weighs only 150 grams at five weeks old, while his four brothers weigh around 650 grams each." 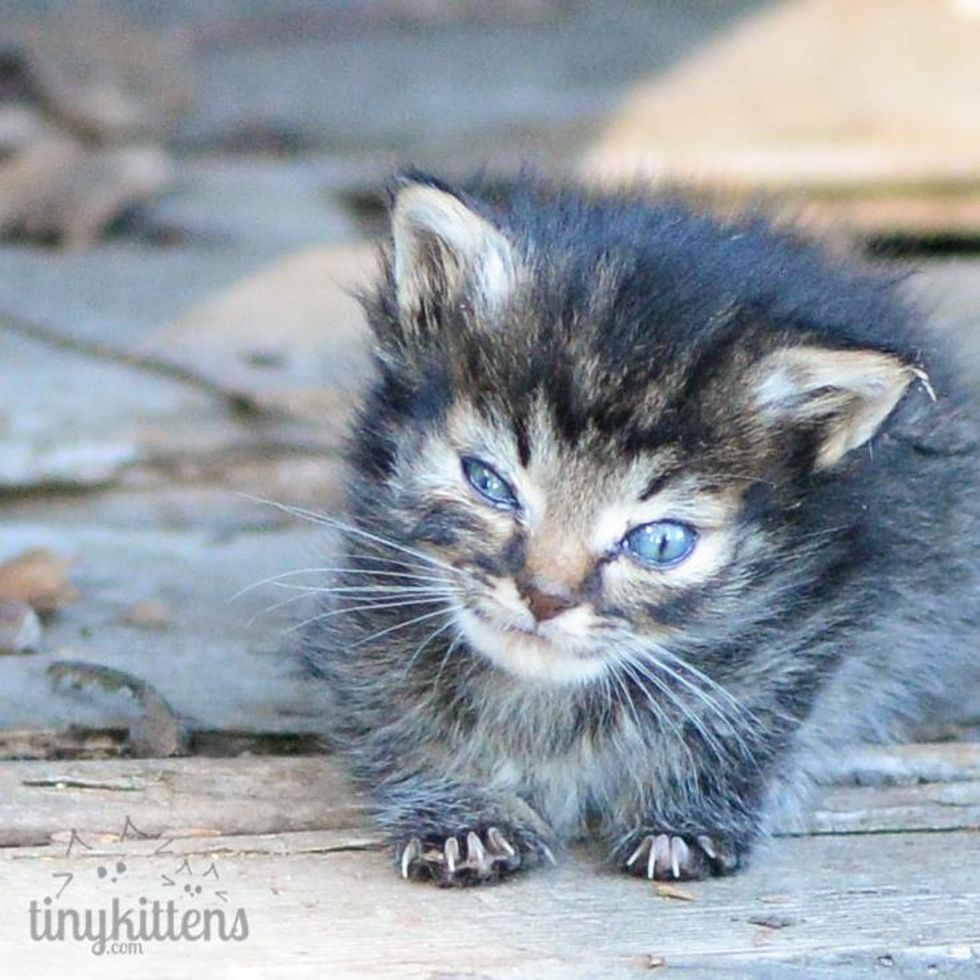 The miniature kitten was infested with fleas, lethargic, anemic, dehydrated and emaciated. Surviving all that was a miracle itself.

"His brothers are some of the healthiest feral kittens I've ever seen, so his mama must have fought hard to keep him alive this long." 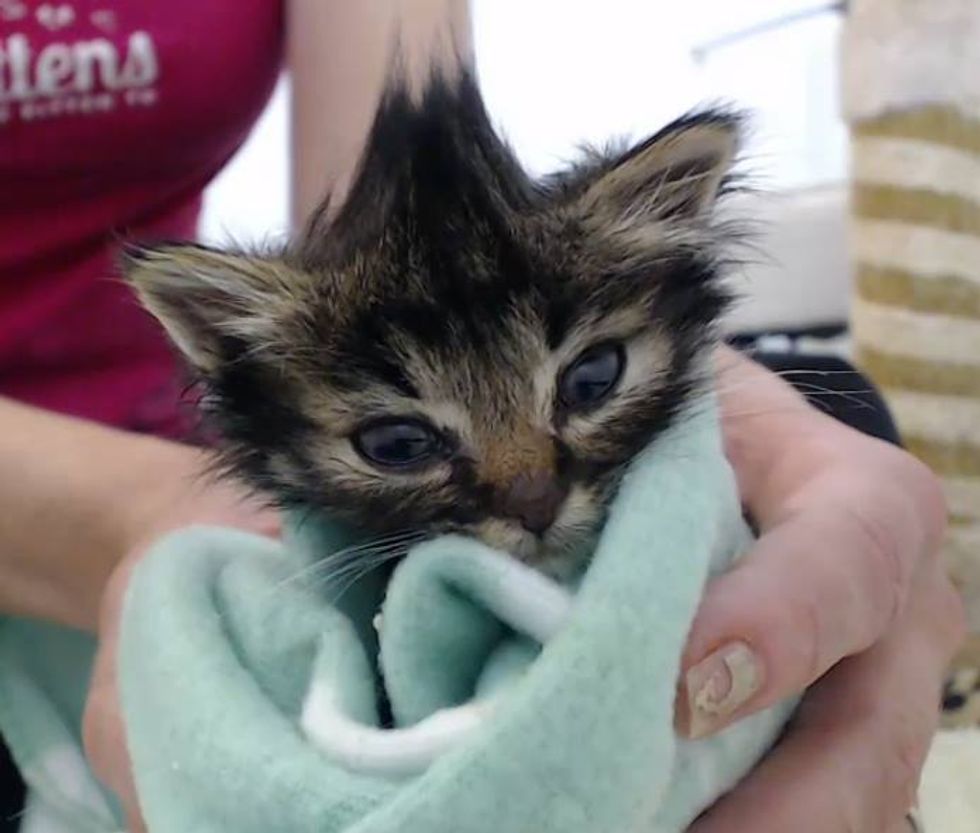 The rescuers wrapped them up and brought them back to TinyKittens where they received the medical attention that they desperately needed, especially for little Nano. 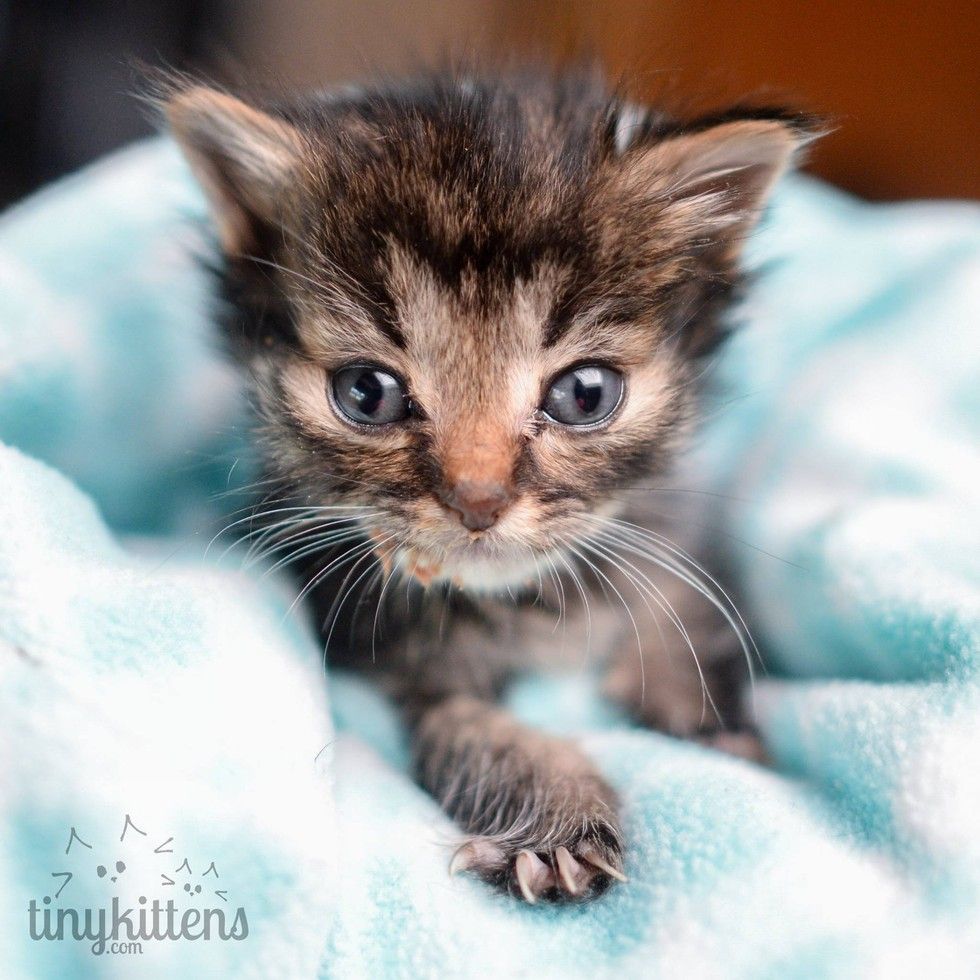 They treated his parasites, fed him around the clock and gave him private dining time with his feral mama.

After a few hours of feeding, he was feeling so much better. 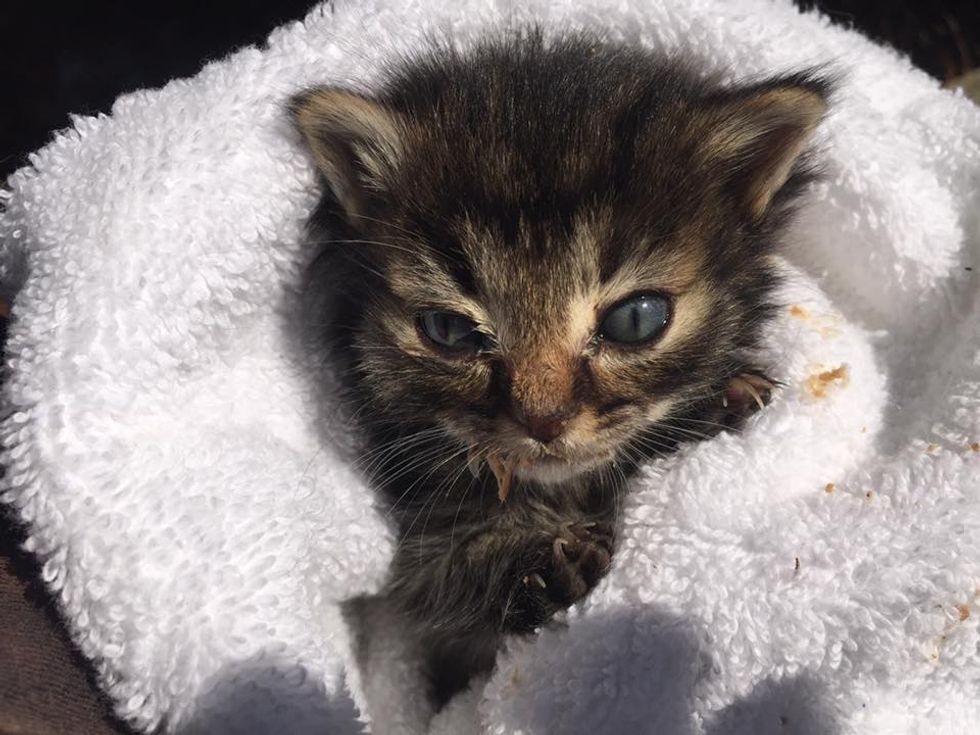 He was a sickly little kitten when he came to TinyKittens... 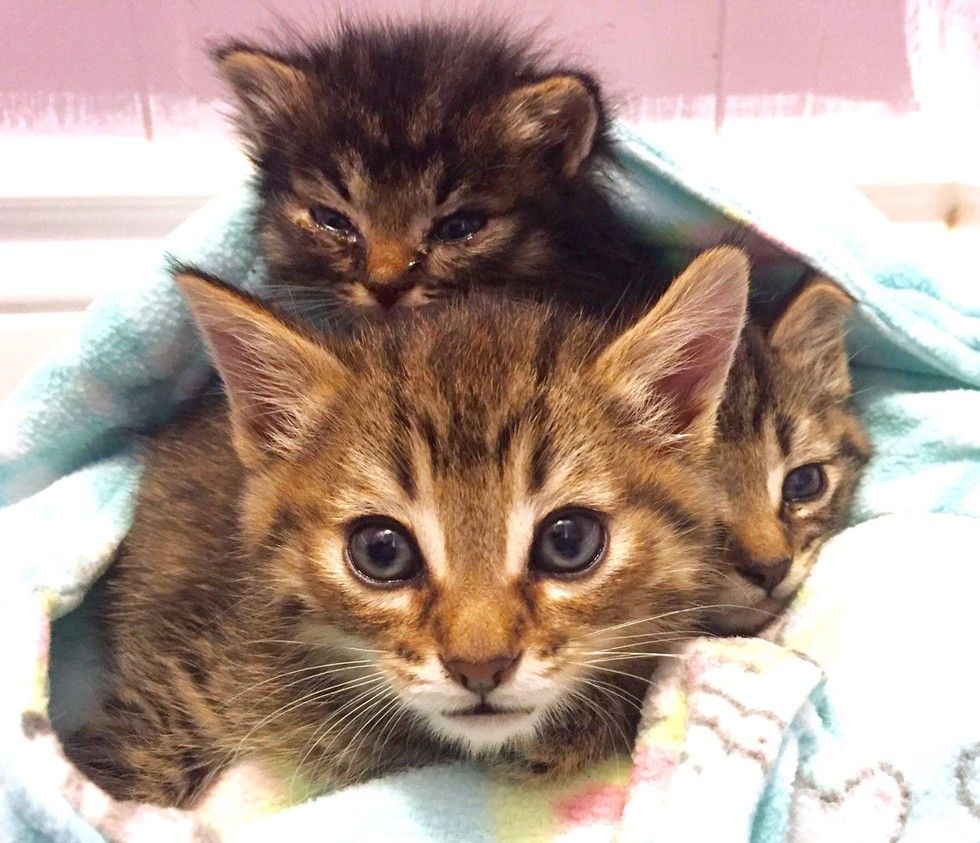 Snuggling with his four protective brothers. 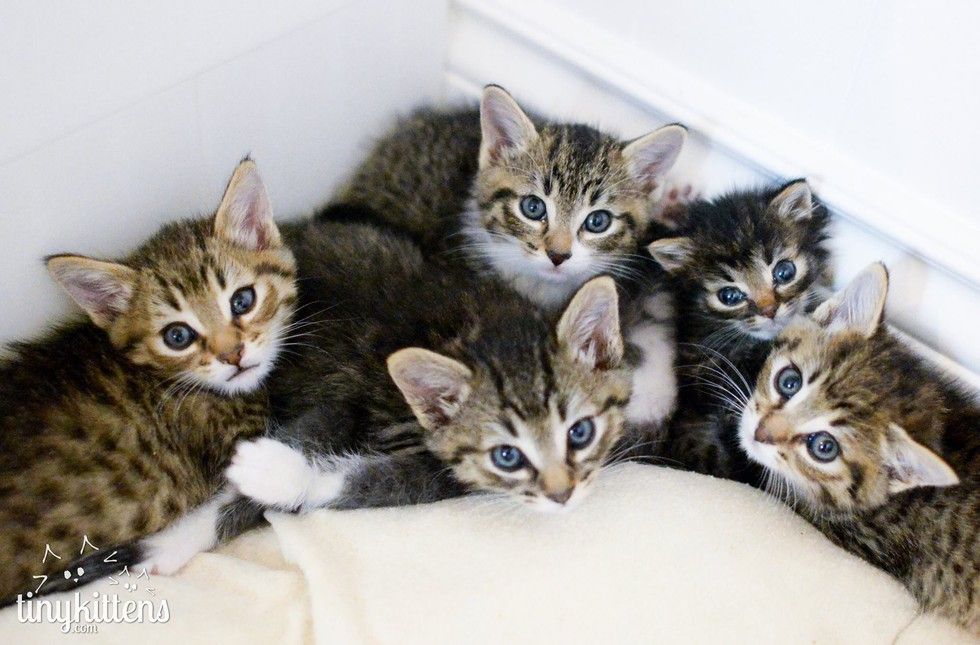 He is growing and looking perkier each day!