Tiny Orphaned Kitten Wouldn't Stop Purring After He was Saved from Near Death...

A little orphaned kitten hasn't stopped purring since the day he was saved from near death. 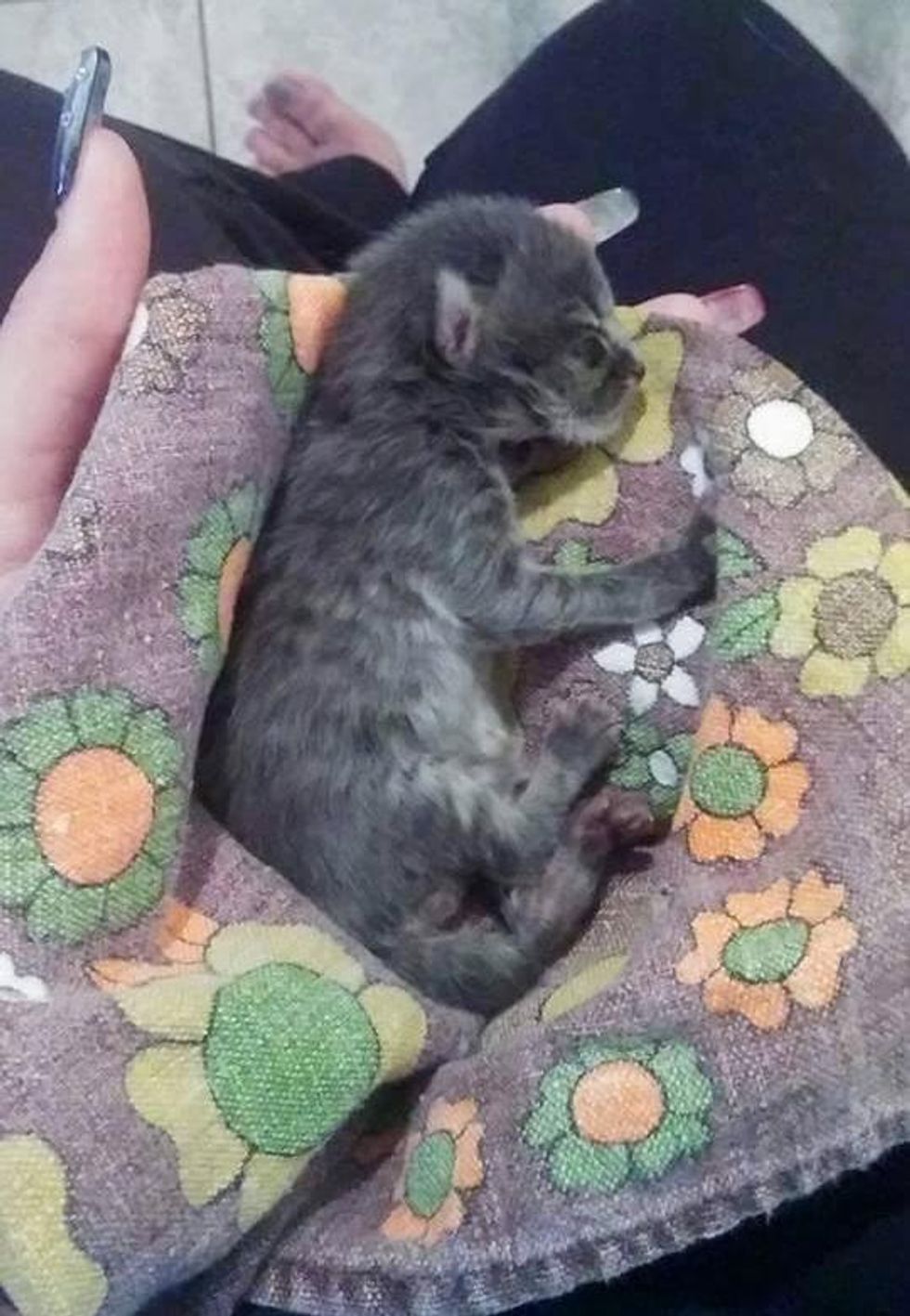 The tiny feline was just three days old when he was found abandoned by a firefighter. They brought him to an animal clinic where no one was confident that he would make it through the night but a vet decided to give the little guy a fighting chance by looking for a local rescue for help.

They contacted Good Karma Pet Rescue in South Florida, and they didn't hesitate to take him in.

"I had two neonatals in an incubator at the time and they rushed him straight over to me. He was a cold, weak and tiny little three day old babe that was covered in fleas," Ashely Nieves-Flores of Good Karma Pet Rescue told Love Meow. 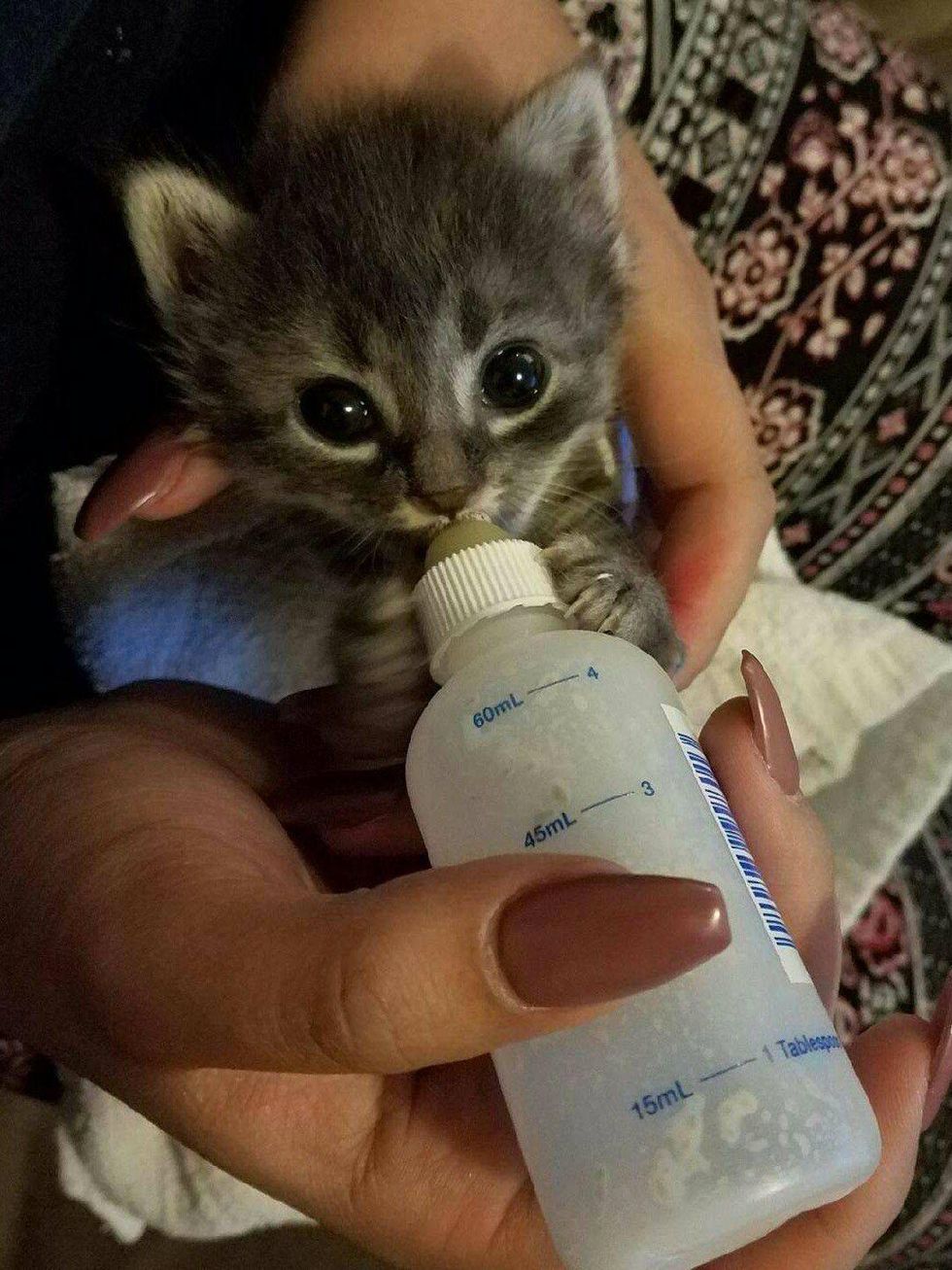 That night Ashley barely slept. She woke up every two hours just to feed him, making sure he was warm, and still breathing.

"The first few days were terrifying. I was so scared that I would find his little body stiff and lifeless in that incubator. I don't think I slept for a week," Ashely told Love Meow. 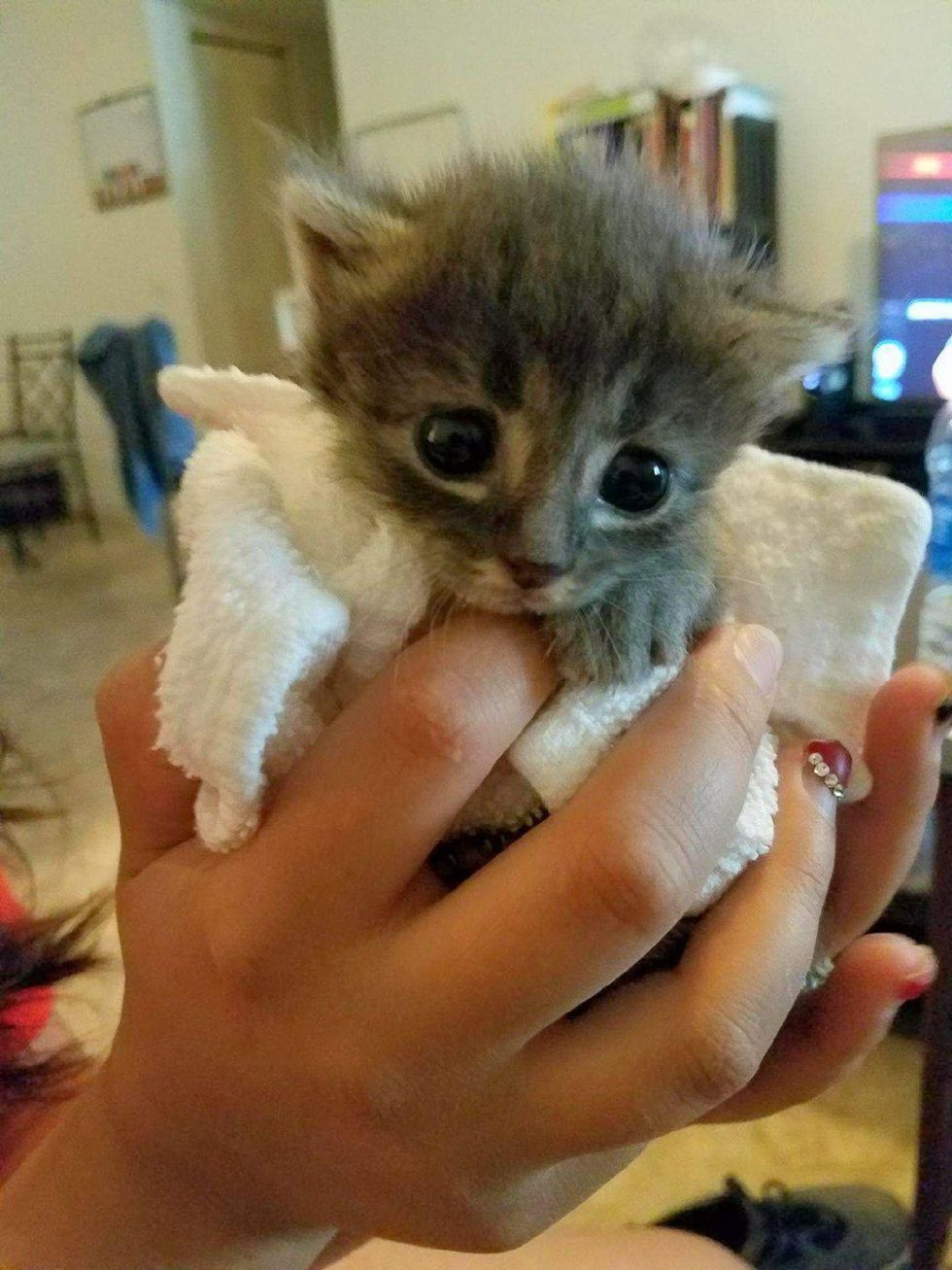 The foster mom refused to give up no matter how difficult it might be, and the little guy kept fighting for his life. Two weeks later, Steph made the greatest comeback!

As soon as he got back on his paws, his quirks came out in full swing, and nothing could stop him. 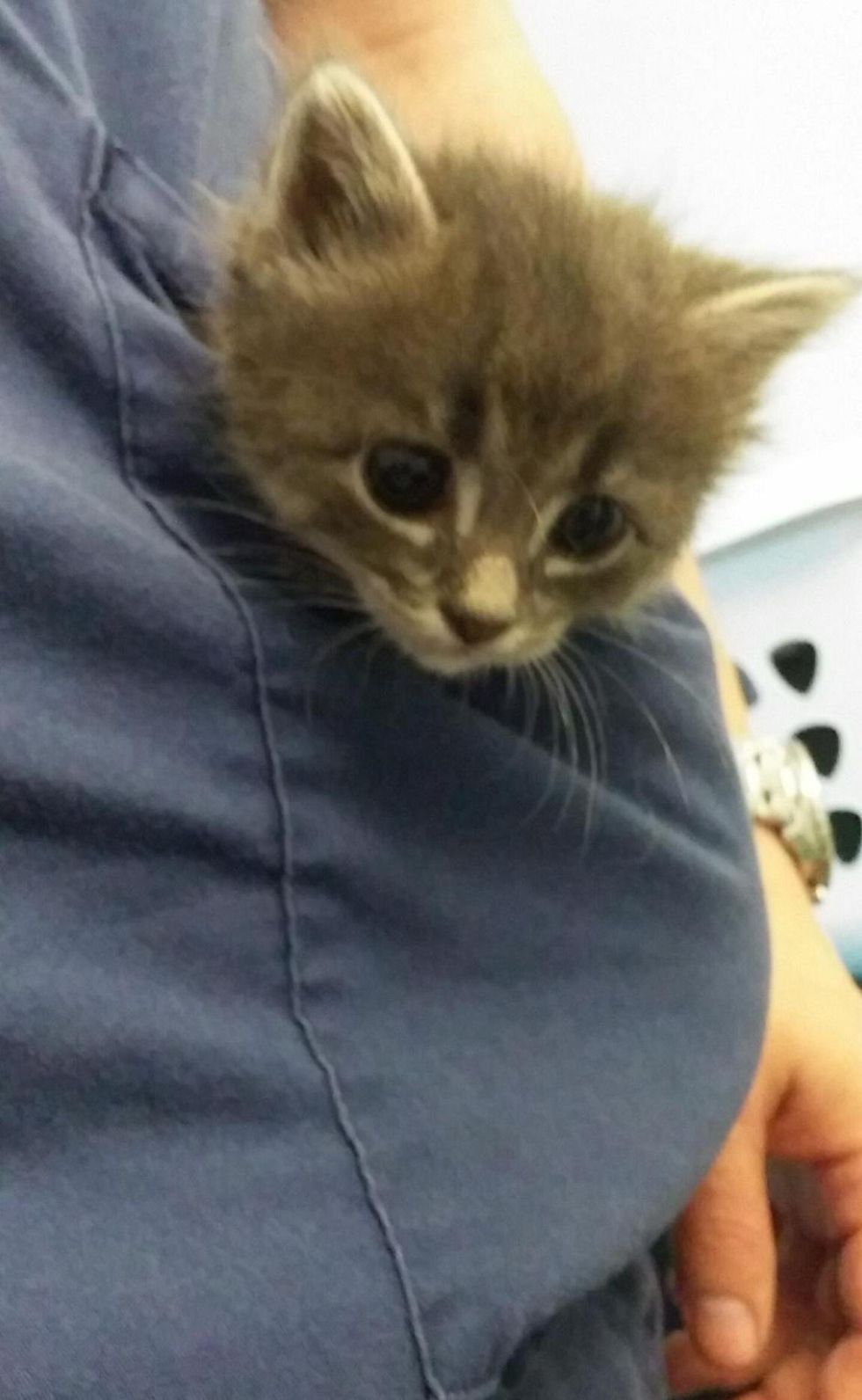 His name is very fitting to his personality as he purrs all the time!

"Steph Purrry is almost 6 weeks old and has the most gentle and loving personality. As soon as you touch him he IMMEDIATELY starts purring! His favorite thing to to cuddle and play with his humans and his furry siblings," Ashley told Love Meow. 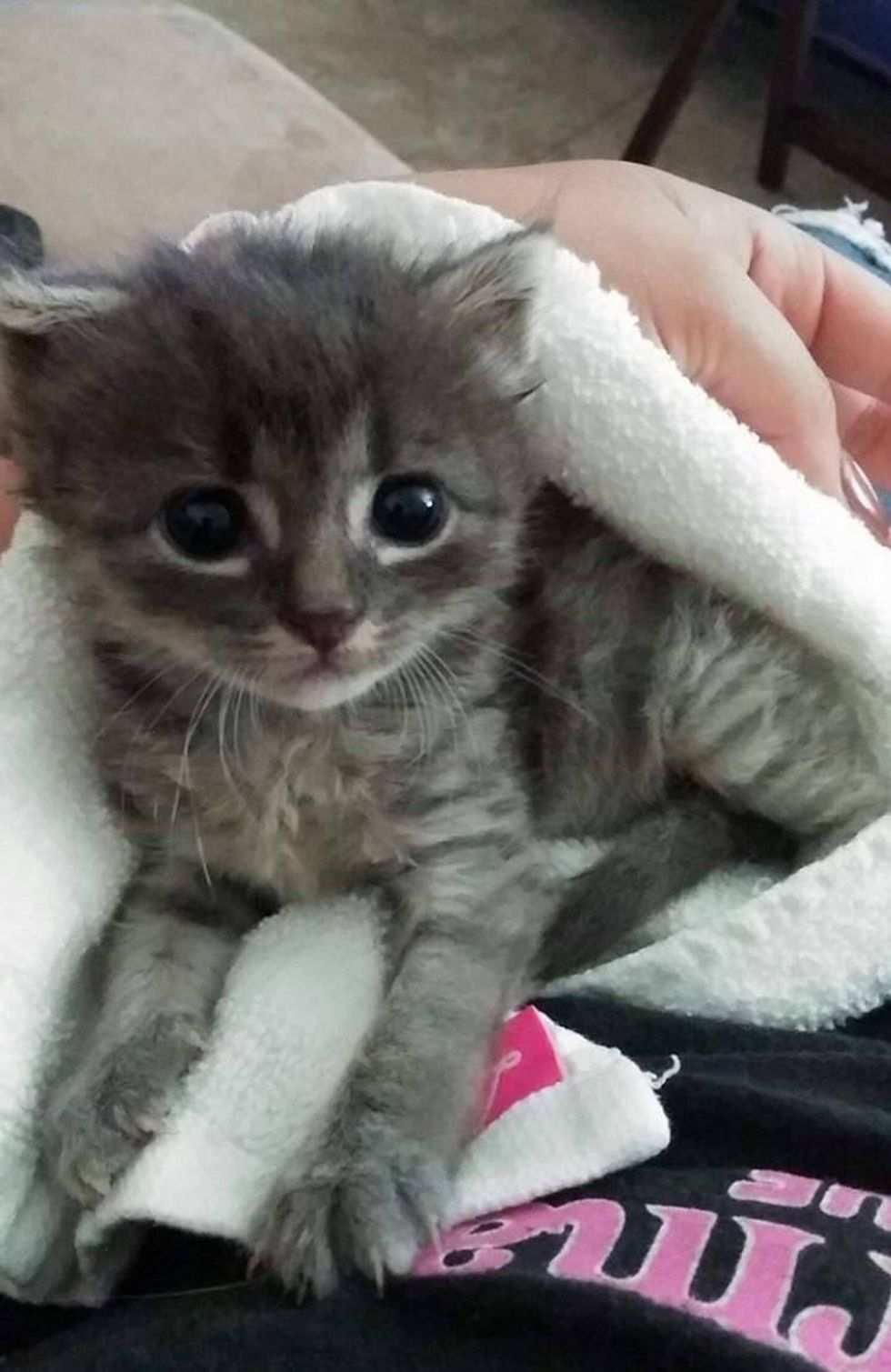 The little purr machine is growing big and strong.

"He is 2 weeks younger than his 2 other foster siblings and is only a few ounces shy of 2 lbs! His fur is beginning to change into a beautiful light grey/silver and his eyes are beginning to lighten into a beautiful blue color! He's eating soft food really well and using the litter box on his own." 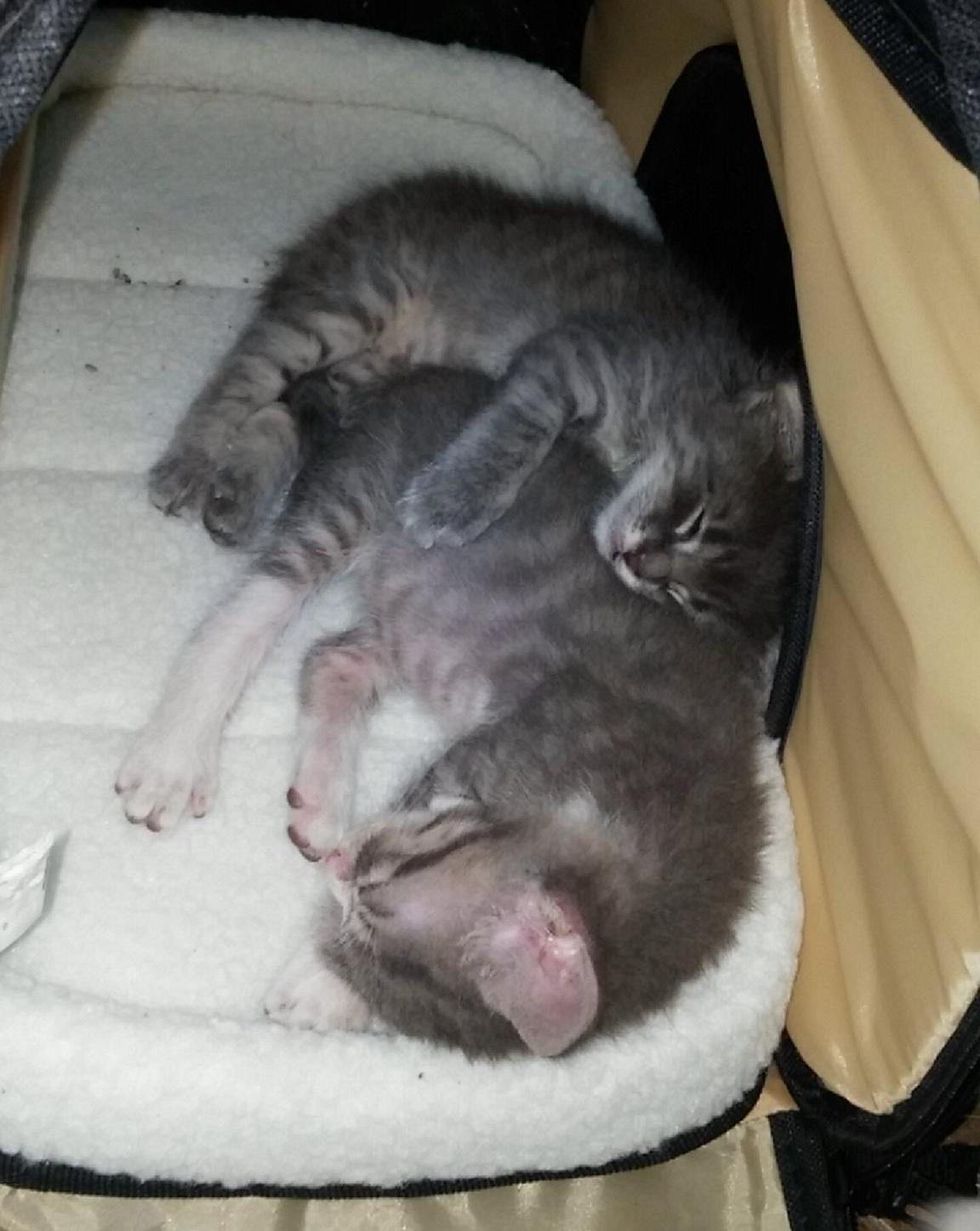 "He is enjoying his time playing with his two foster siblings Mikayla Jordan and Catmelo Anthony."Ashley Nieves-Flores of Good Karma Pet Rescue

It's hard to believe that this is the same kitten that was knocking on death's door when they first found him.

"Now he is the most perfect kitten. He is such a wonderful babe and he needs an extra special home that will just love the snot out of him!" 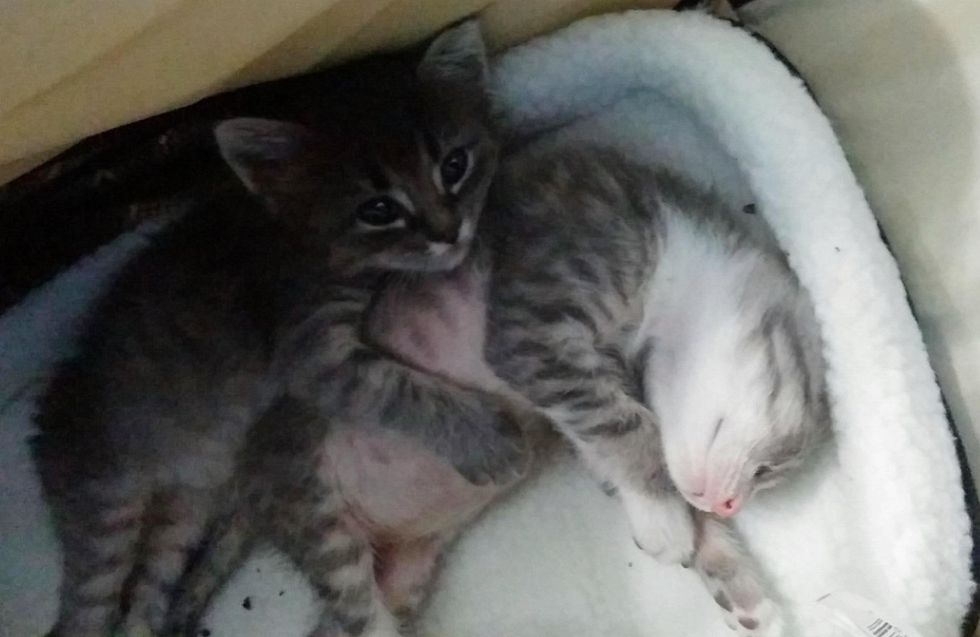 Steph Purrry is living up to his name and purring up a storm everywhere he goes. He is so happy that he wants the world to know it.