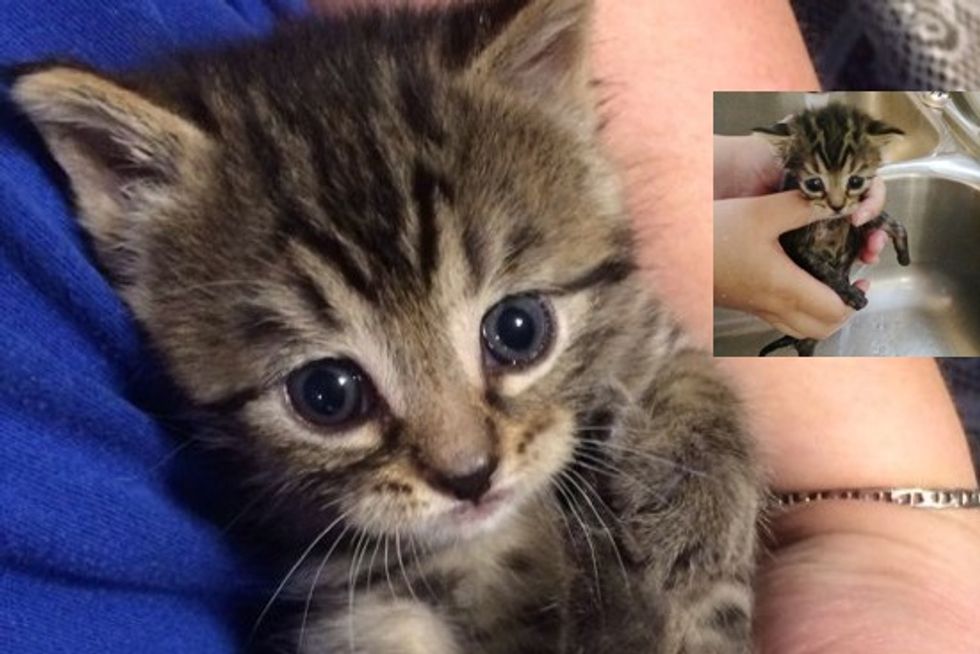 Trixie The Rescue Kitten Given A Second Chance

This is the face that Lorene saw when she met the little orphan kitten named Trixie at the shelter, waiting for a foster home.

"About a week ago someone is Osler found a kitten who was abandoned by her mother. The kitten was about two weeks old. I was at the SPCA and wasn’t really intending to foster because we still have Paige (another rescue cat they care for) in the basement," said Lorene of Saskatoon SPCA.

But when she saw those eyes looking at her.... "And now we have Trixie in a large enclosure upstairs!"

"Shelter staff had hoped she was old enough to eat solid food, but that just gave her the runs. After some kitten milk replacer her problems cleared up, but it was definitely bath time," Lorene added.

"So far Trixie’s life has mostly been eat, burp, sleep. We’ve very recently added some playtime in there after eating, because she’s getting more active."

Trixie is getting a lot of love and cuddles from her foster mom.  "We have a little pillow that contains a sound chip that makes a heartbeat sound, and that seems to keep her from getting lonely."

Trixie will be looking for a loving home when she's big enough. Follow Trixie at Saskatoon SPCA on Facebook. Also seen on Cuteoverload.