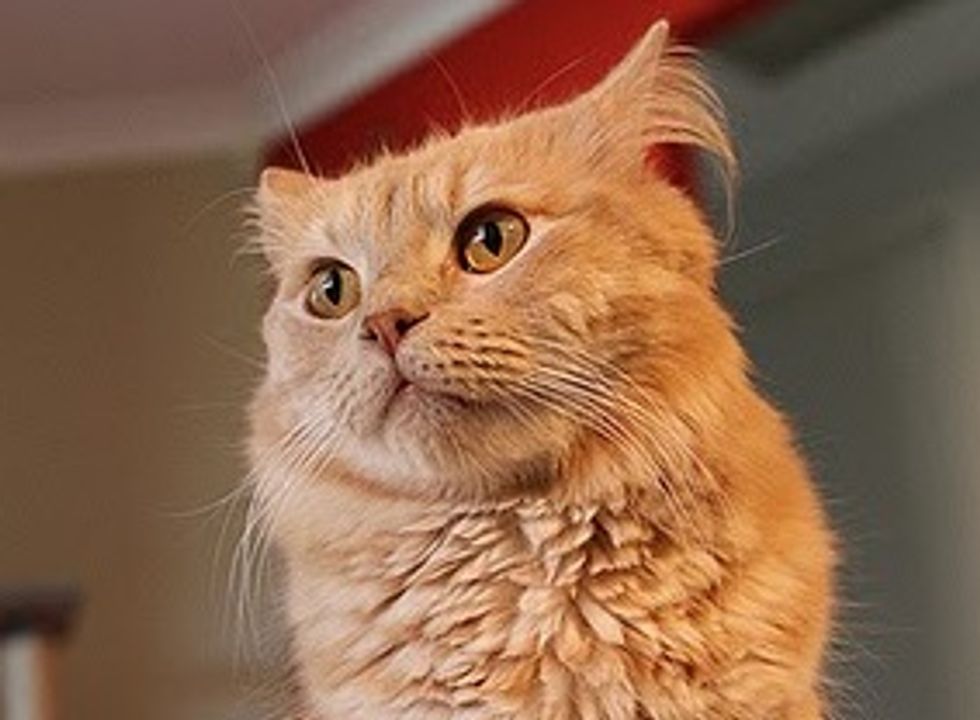 I adopted the boys at the start of 2008. I'd been wanting a cat in my life for some time, having grown up with them around me and suffering the frustration of not being able to due to rental apartments and what not.

I found them through Sydney Pet Rescue. I felt I should do the right thing and save a couple of more mature cats from an uncertain future. Their names were originally Pumpkin (ginger) and Pierre (long hair) and had been living with foster parents for around nine months when I first enquired about them. They had apparently been found as warehouse strays together and were 'inseparable'. Now aged around five and six years (the original vet could only guess), they’ve settled in wonderfully to their new home, but do still carry some mental scars from their early years.

Punk (ginger short hair) was a gregarious little bugger the moment he walked into my life but has a desperate need for attention and can be a bit of a handful. On the complete opposite side, Spew (long hair) was the most timid cat I’d ever met when he first moved in and it took some time for him to start to relax. Even now, the slightest noise can ruffle his feathers and have him as tense as a caffeine addict.

I started my 365 project on my boys when I bought my new camera. I’d been trying to decide on my first year-long project for a while and the cats just seemed to be the natural choice. I’d already shot a million photos of them and they always offered something new. It has proven very popular and I like to think it continues to bring me closer to them.

I’d urge anyone looking to adopt a pet to look up their local rescue and adoption agencies before visiting pet stores. So many animals are abandoned or end up lost; often put down because new homes can’t be found for them. You’re not just saving an animal in need, but you’re also bringing a wonderful light into your own life.