When two shelter cat moms met two little orphaned puppies who were in desperate need of motherly love, they took them in like their own. 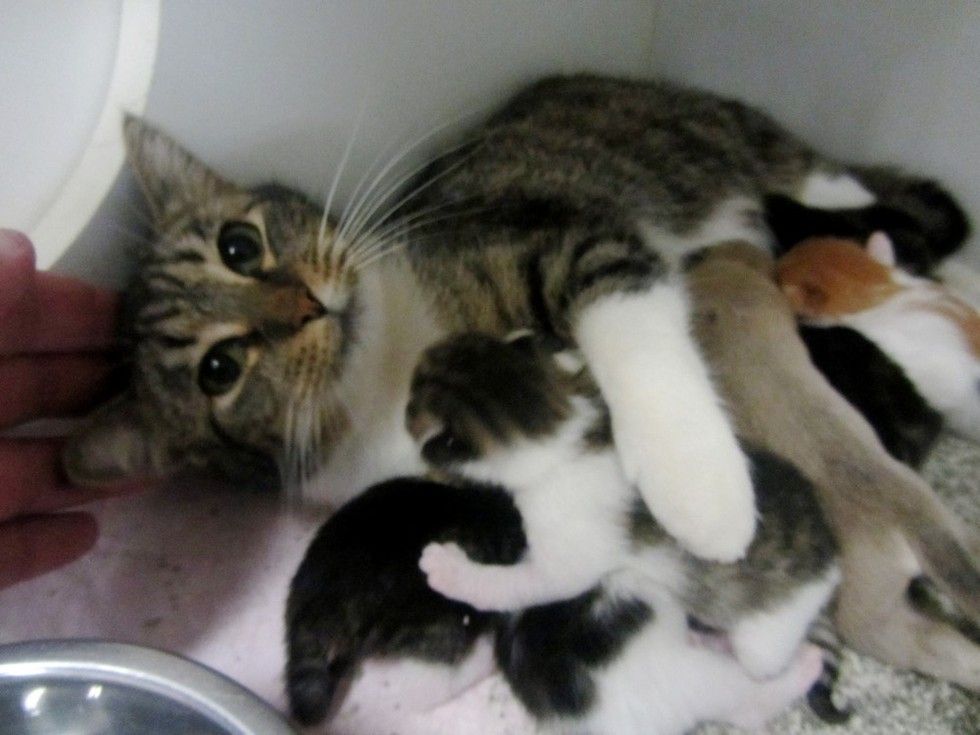 "The mother cats came in together," Chris Bussey, Animal Services Supervisor of City of LaGrange Animal Shelter told Love Meow. They were brought in along with their kittens by a man who said he had too many cats.

Two puppies were rescued by the animal control after their mother was hit by a car. At only 2 weeks old, the puppies needed a nursing mom. That's when LaGrange Animal Shelter decided to introduce the puppies to the mother cats as it would give them a better chance of survival with a mom. 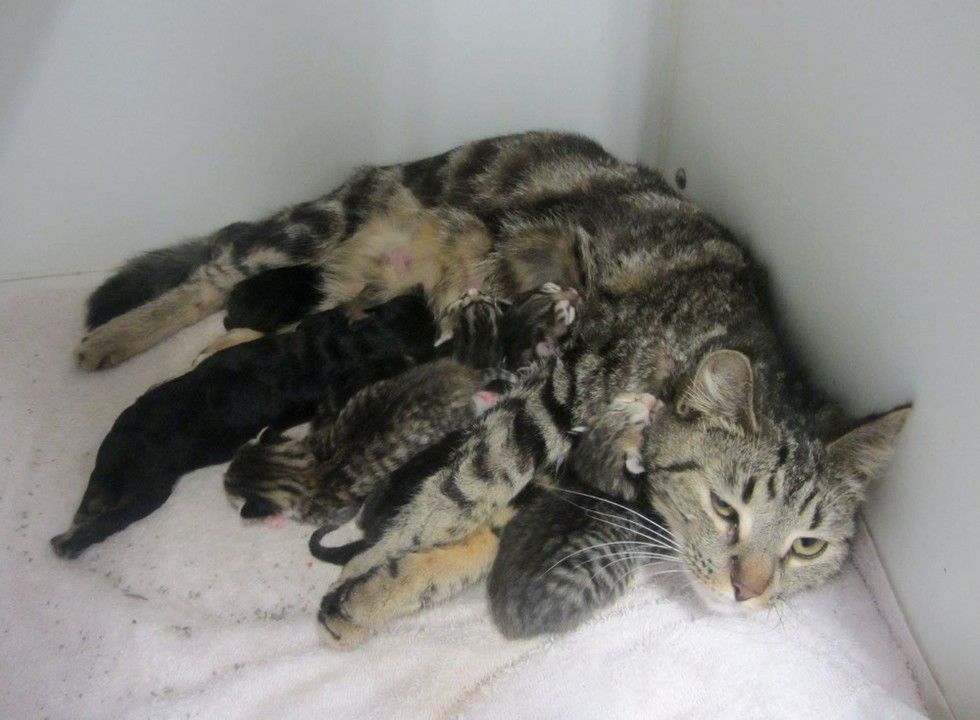 It was love at first sight. The mamas started caring for the pups - nursing and cleaning their puppies around the clock.

"Both of the mother cats were open to the puppy I put with her," Bussey told Love Meow. 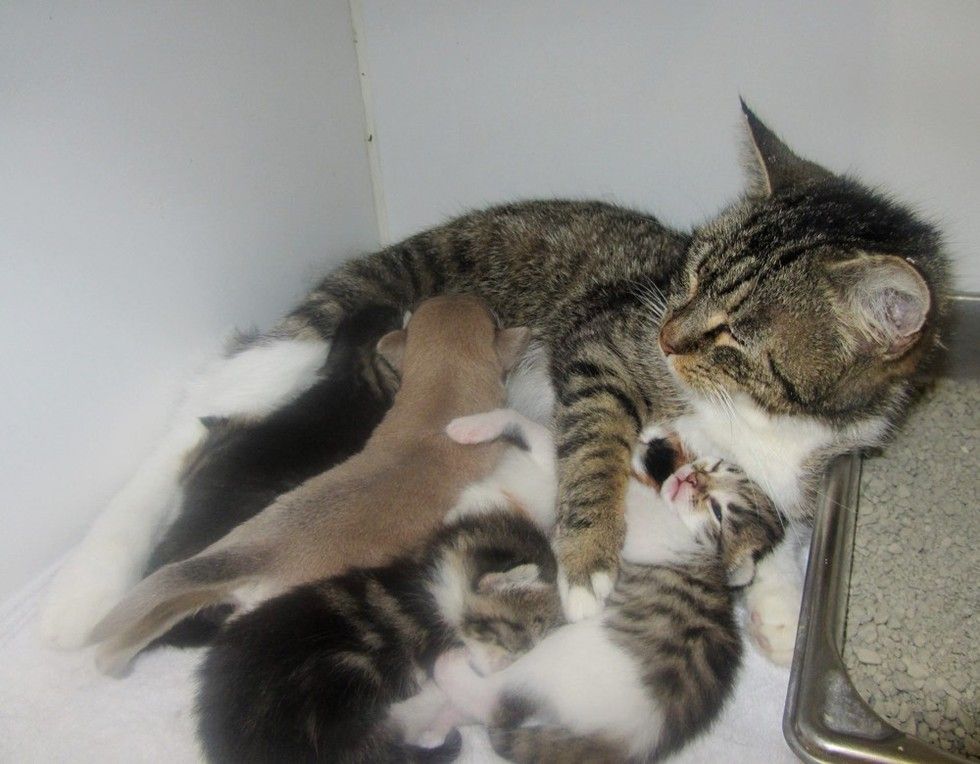 Once the puppies and the kittens are big enough, they will be transported along with their moms to the Animal Humane Society in Golden Valley, Minnesota, where they will be up for adoption.

The little black puppy snuggles in a pile with his feline siblings. 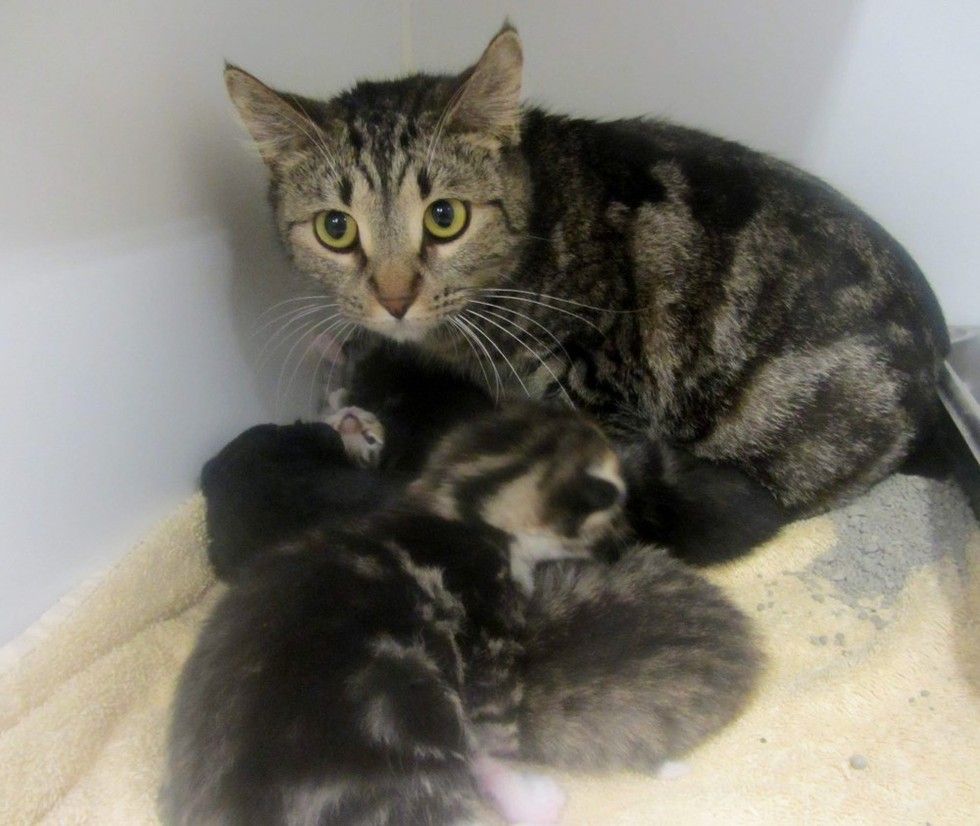 The kittens love their new puppies and they share milk and nap time together. It's one big happy family! 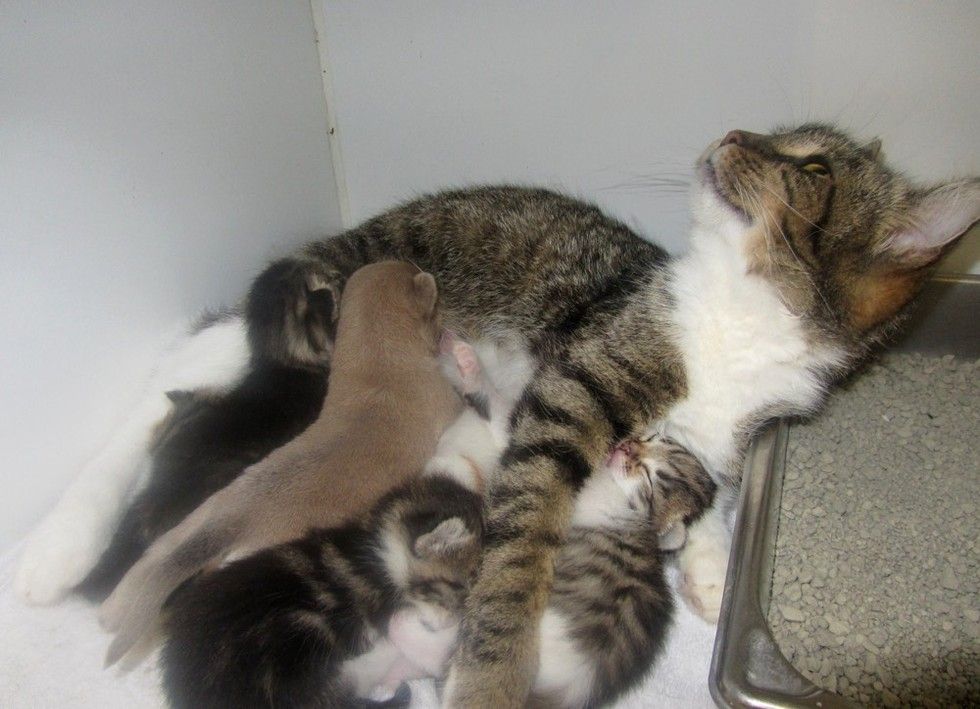 A mother's love is simply amazing!