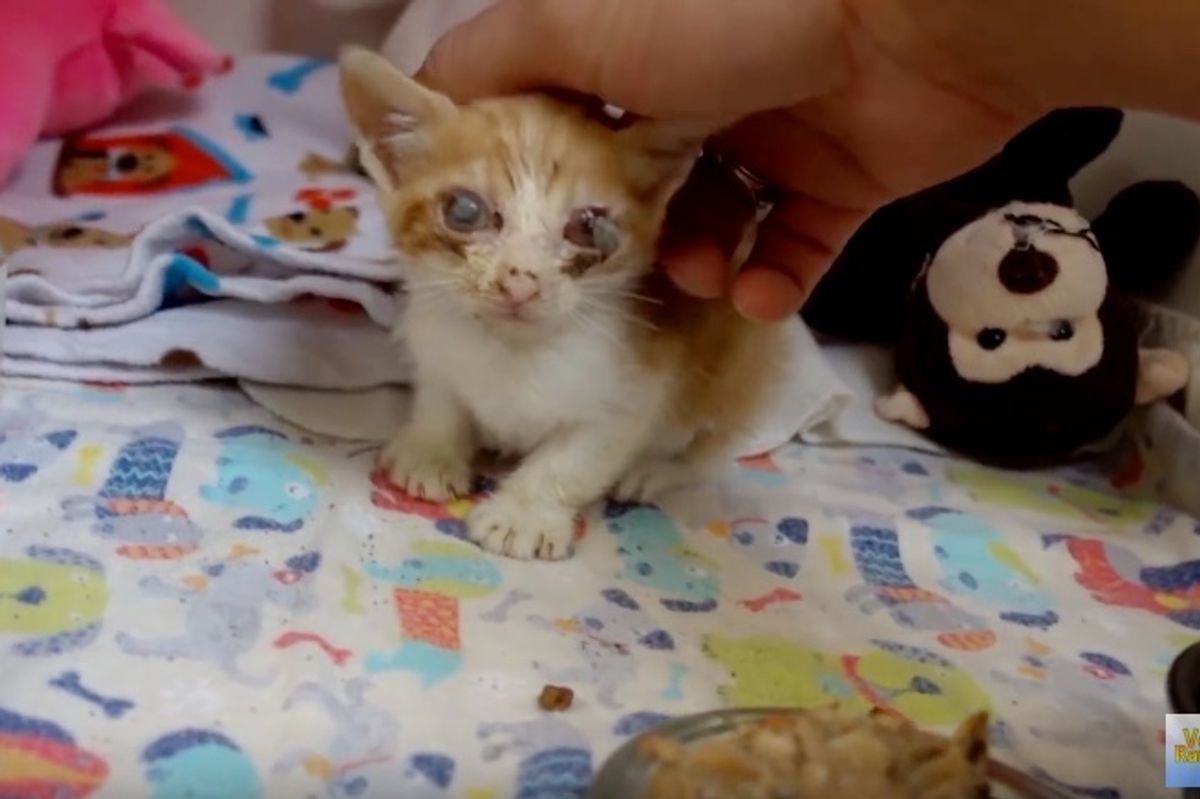 A vet took in the saddest looking kitten who was barely hanging on, and spent two months nursing him back to health.

What an incredible transformation! 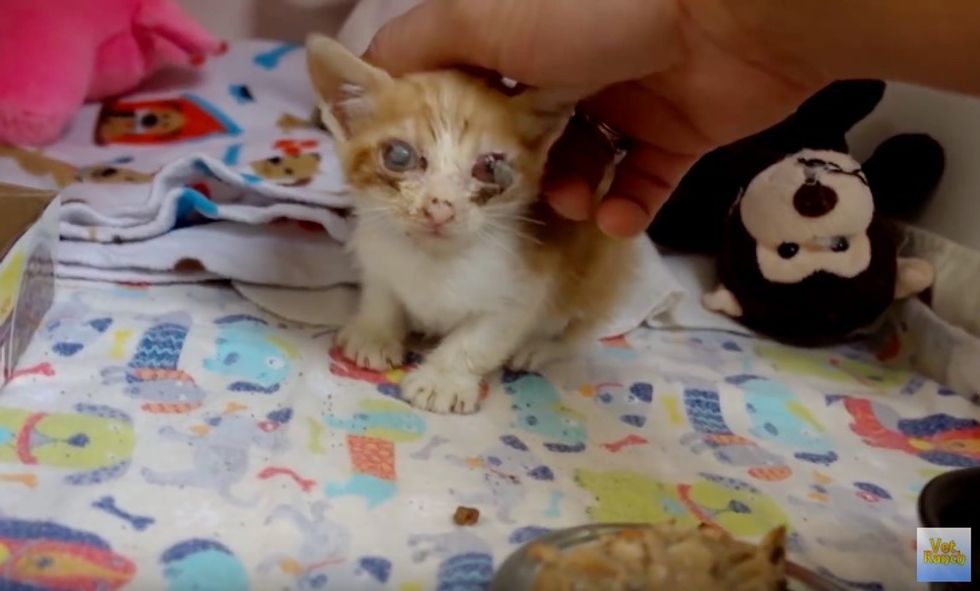 Dr. Matt of Vet Ranch, a homeless animal rescue group, received a sad little orphaned kitten who was found all alone. He came in with two badly infected eyes that were unsalvageable.

The tiny ginger boy was infested with fleas and was extremely weak. "We don't know his whole history. Someone just found him like this, probably abandoned by his mom," Dr. Matt said.

They gave him a bottle of food which he quickly devoured. After getting a full belly, he was given a much-needed bath to remove the relentless fleas. 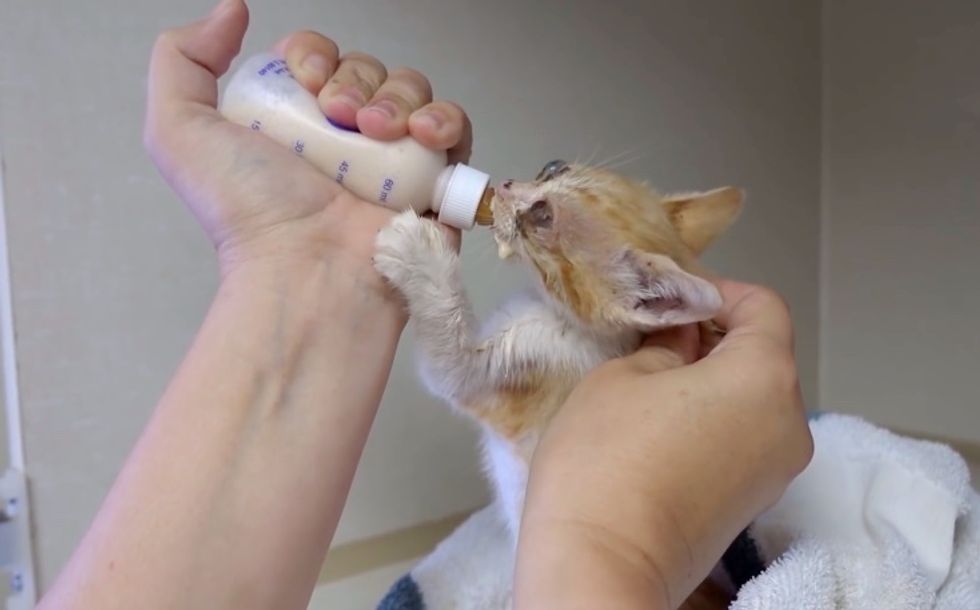 Dr. Matt had to use tweezers to pluck the tenacious fleas out one by one. After hours of cleaning, the tiny fur baby was feeling a lot better.

The kitten went home with Dr. Matt that night so he could be cared for and treated around-the-clock. A couple more baths later, he was finally flea-free. His caregiver gave him kitten formula in addition to his kitten food to help strengthen him up. 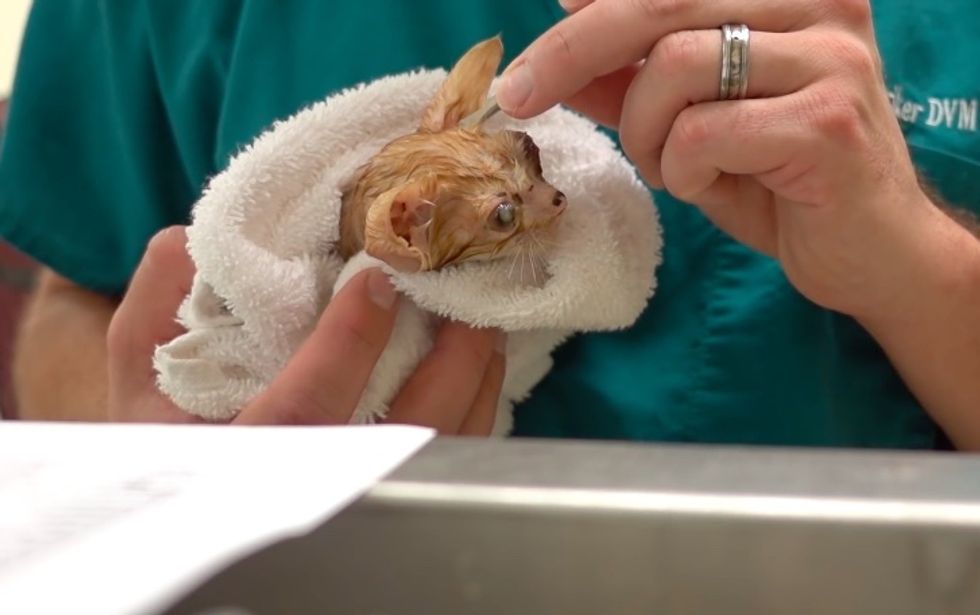 The kitten could barely move on the day he arrived, but the next morning he was able to walk around and eat canned food on his own. He even stood up to greet Dr. Matt when he came to check on him.

Two weeks later, the kitten grew stronger and bigger, and his eyes were no longer inflamed. Each day he purred a bit louder and played a bit harder. 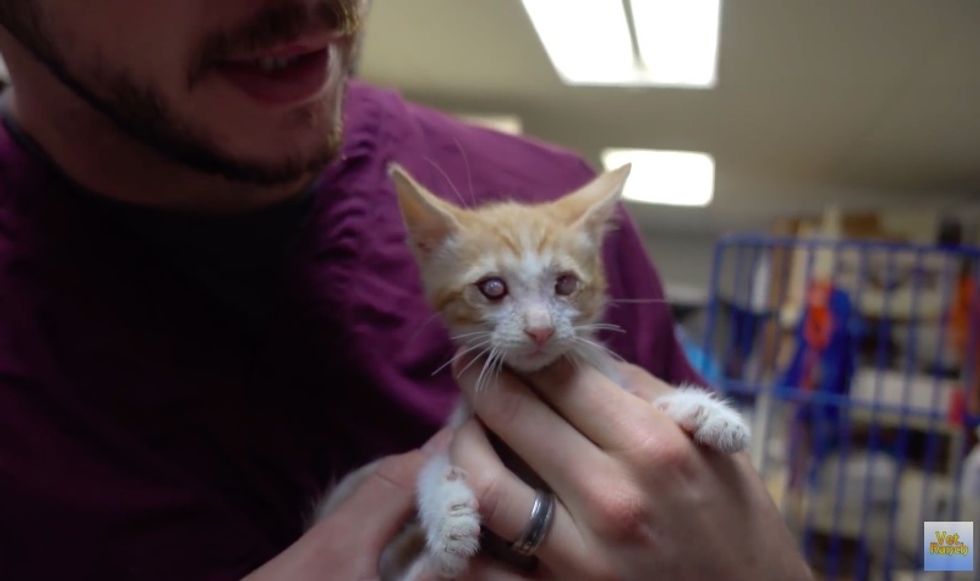 When the kitten reached the 6th week at Vet Ranch, he was ready and healthy enough to undergo surgery to prevent infection in his eyes.

They named him Mr. Peepers. 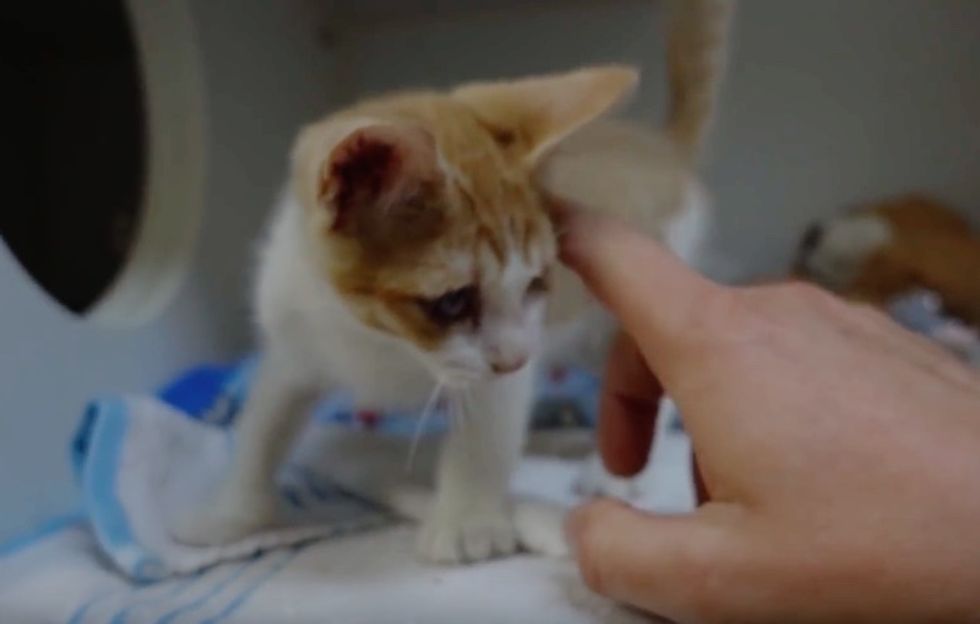 The day after the surgery, he was playful and eating well.

Mr. Peepers purred up a storm as Dr. Matt cuddled him in his arms. 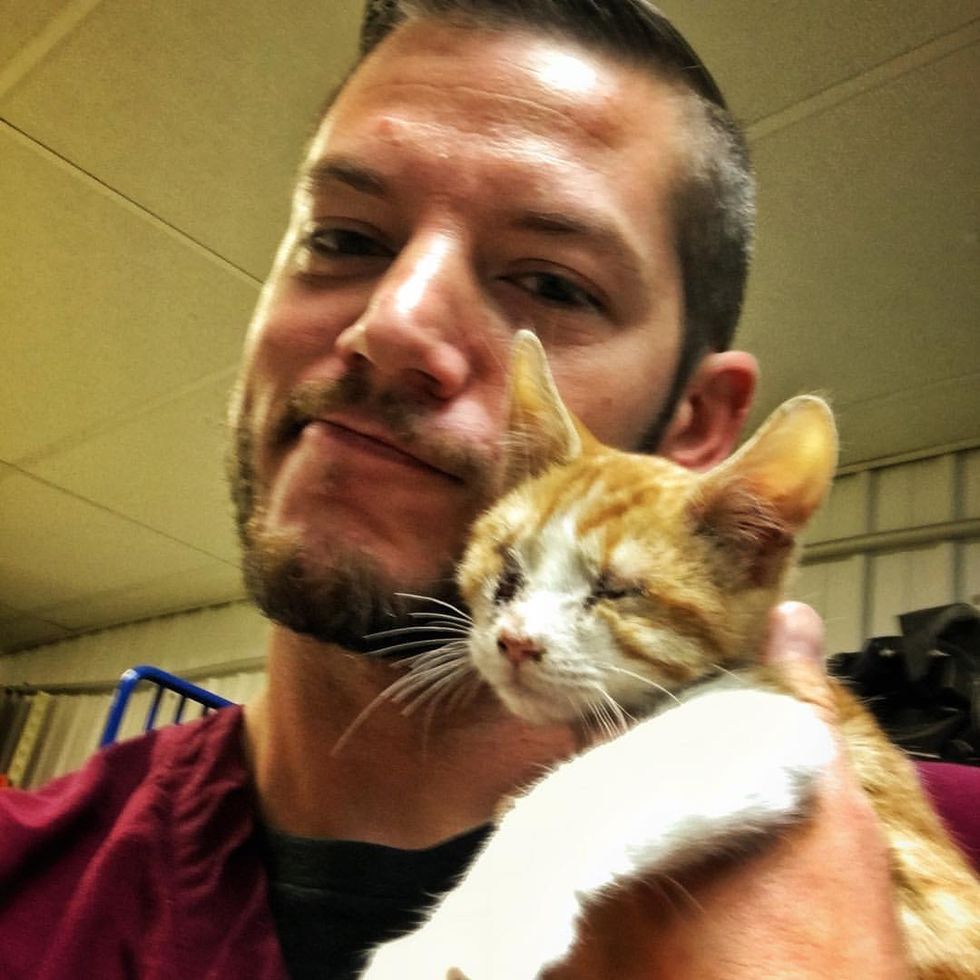 "When you're having a rough day, think about Mr. Peepers," Dr. Matt said.

They removed his rotten eyes, and the next day he was purring and loving on everyone.

What a little fighter!

They found Mr. Peepers a friend to play it.

"He can't see anything, he has no eyes, (but) they wrestle just like two normal kittens." 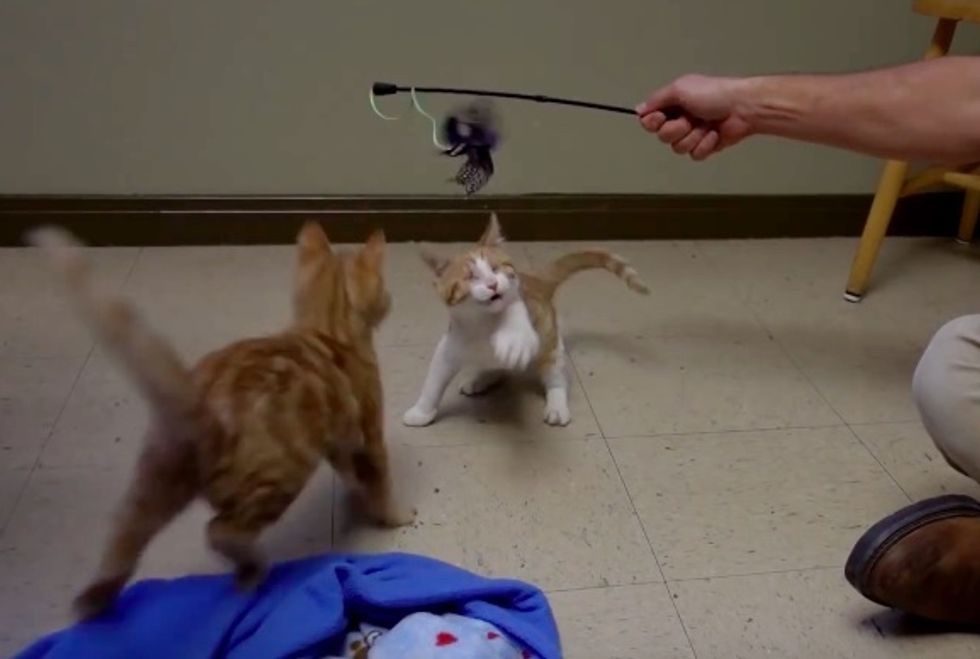 Mr. Peppers can navigate and play like any other cat.

"He can hear and smell her. He knows who she is. He just runs and starts wrestling like a little kitten."

Mr. Peepers has come a long way. He's unleashed his larger-than-life personality and is loving his new life to the fullest.

Look what a bundle of energy he has become!