Wobbly Kitten Appears to Be Dancing, Shimmies Her Way into Someone's Heart...

This three month old kitten is a bit wobbly, but she moves in a way as if she's always dancing. 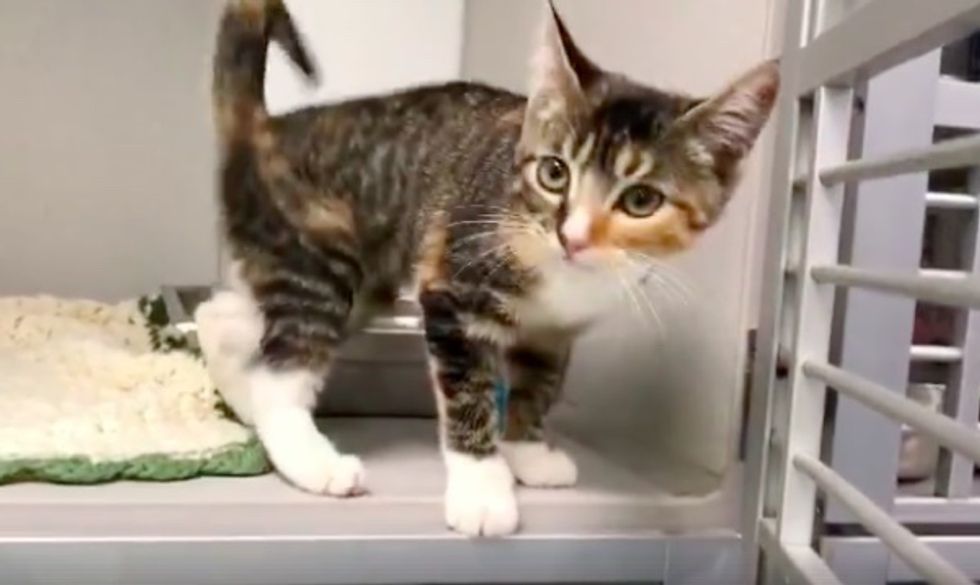 The sweet calico came to Humane Animal Rescue in Pittsburgh, Pennsylvania earlier this month because her previous owner was moving. Right away the shelter staff noticed something very special about her.

She has a neurological condition called Cerebellar Hypoplasia (CH). The cerebellum, which controls her coordination and motor skills, was not fully developed when she was born. Her condition is similar to cerebral palsy in humans.

"Although she suffers from the neurological disorder that results in involuntary movements and shakes, Twerk is obviously an adept dancer and quite content with life," the rescue said.

She is not in any pain at all, and she is just as playful and happy as any kitten. In fact, Twerk doesn't think she's any different. 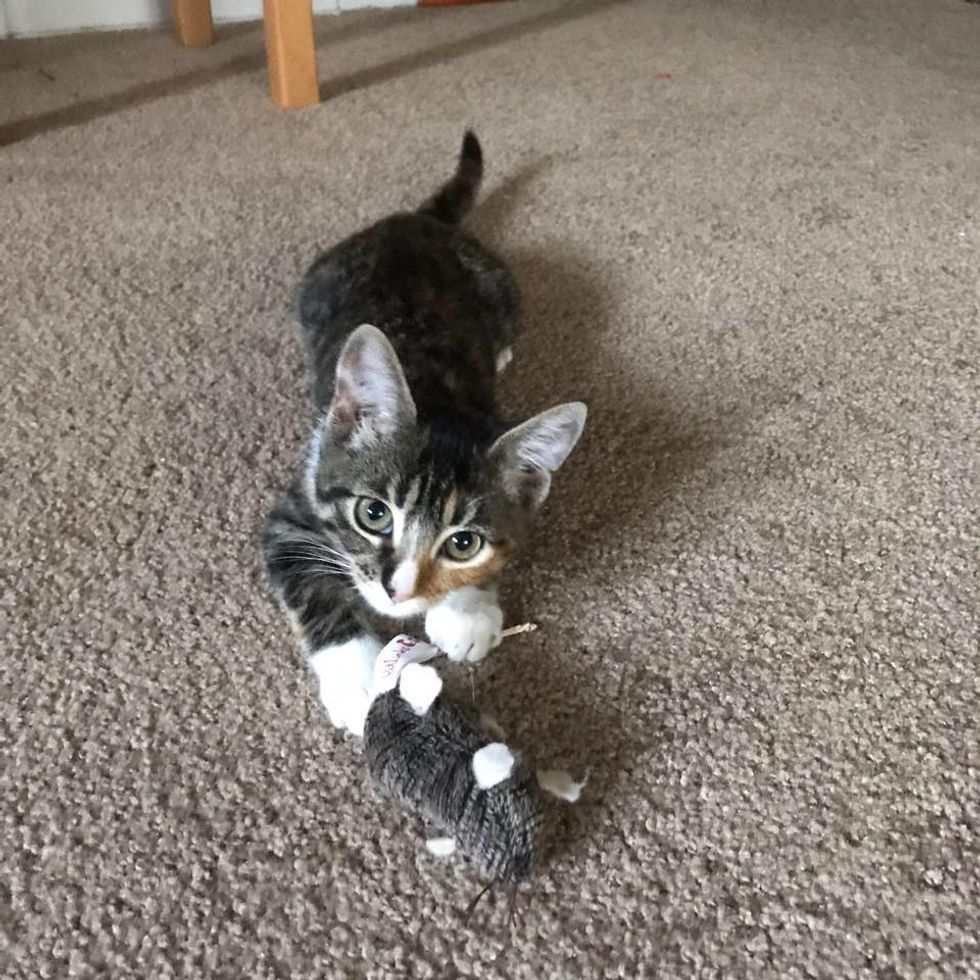 When Sara G. saw a video of Twerk dancing about, she instantly fell in love and knew that she wanted to give the little kitty a loving home she so deserves.

Sara went to the shelter to meet Twerk.

"I thought she was perfect (much smaller than she looks) and I was determined to show her that she would have a great life with me," Sara told Love Meow.

Sara sat on the floor, trying to make it comfortable for the little kitten. "She sized me up for a minute or two, and she decided I was there to help because she climbed into my lap, stood up (as much as she could) and bopped me on the chest."

"I took it to mean 'okay you'll do'. It's a pretty special moment when an animal does that. You know that they're telling you they trust you and it's a really incredible feeling," Sara told Love Meow. 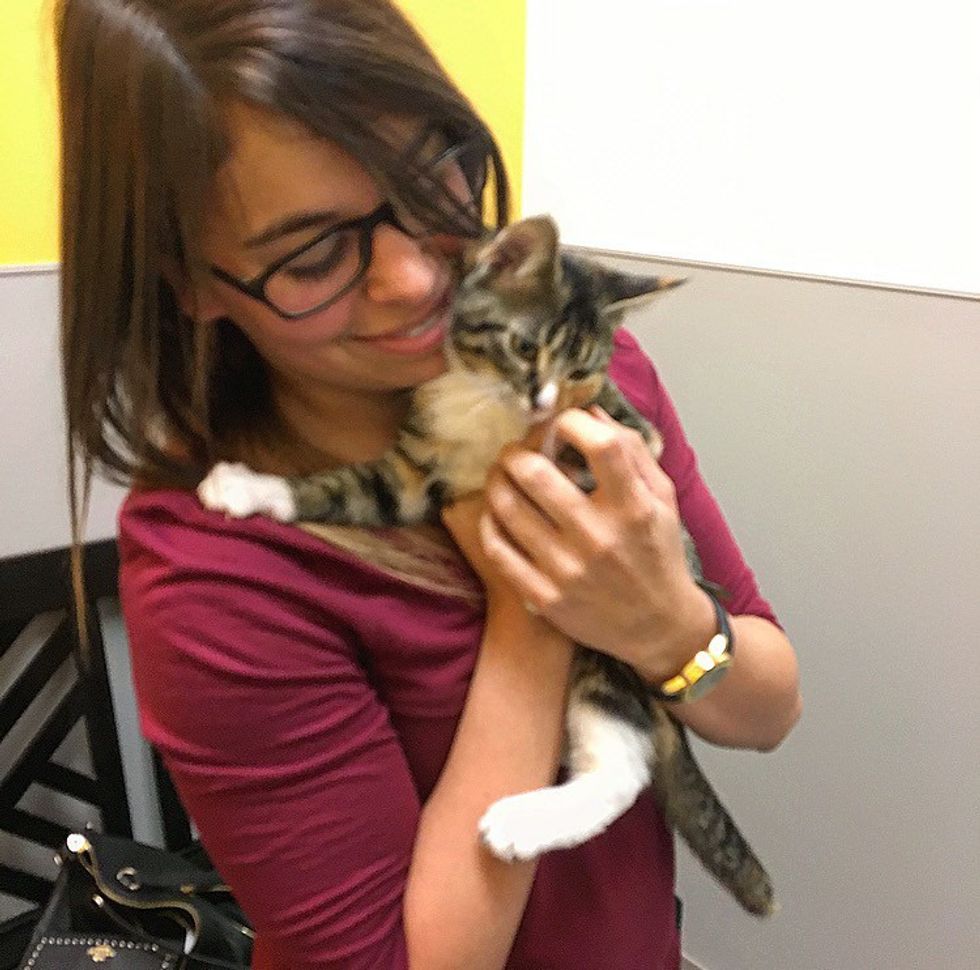 That day, Twerk danced her way into her forever loving home.

It's been five days since she moved into her new home. The calico girl is already running the house like she owns it. Despite her small stature, Twerk has claimed to be the boss of the household. 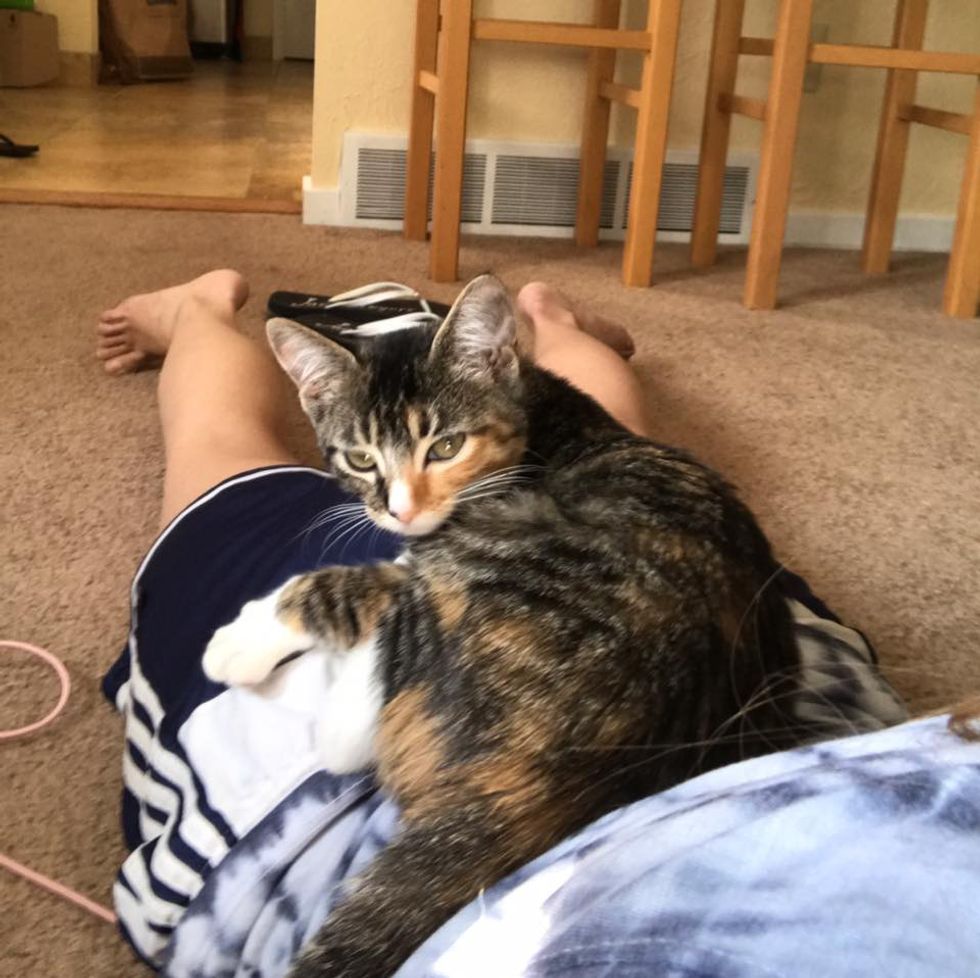 "She has 3 cat siblings. She's probably 1/3 of their size but she has all of them wrapped around her paw. My oldest (Loki) is 6 and a bit of a grump. This morning, she was letting Twerk play with her tail," Sara told Love Meow.

"It's like they've all become her protectors. Binx (my youngest) especially looks after her. I think they see she's a little different but I'm convinced she has no idea! Binx is always a few steps behind her to make sure she's safe." 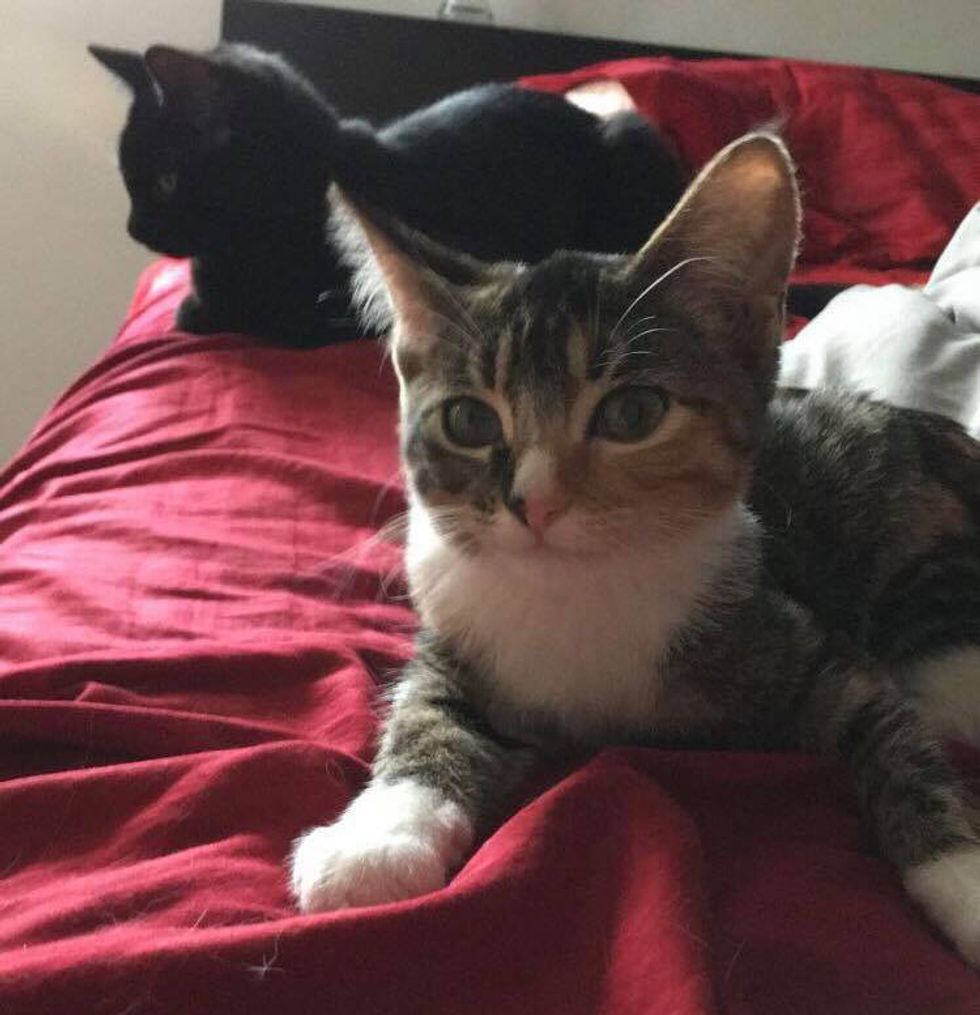 "It's so inspiring to watch her overcome her obstacles. She's the most loving and determined animal I've ever seen," Sara told Love Meow.

"All CH cats are so special and so determined. I hope everyone has the opportunity to adopt one in their lives."

Twerk is dancing at her new home, loving her life to the fullest!

Related story: They Give These Wobbly Sisters Wheels, Seconds After They Get In