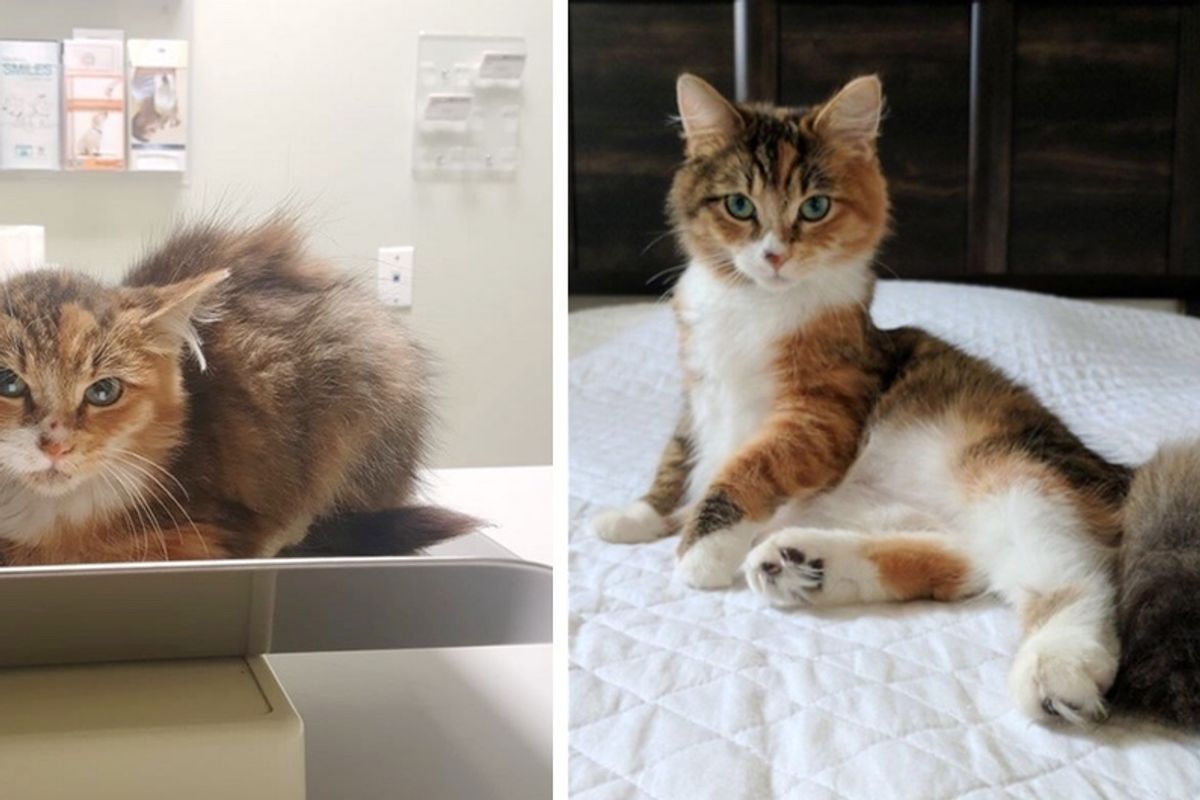 Woman Found Feral Cat Running Away From Security at a Mall and Offered to Help.

A cat somehow got herself inside a mall and drew quite a bit of attention.

A woman found the kitten near her store while the little one was trying to run away from security. 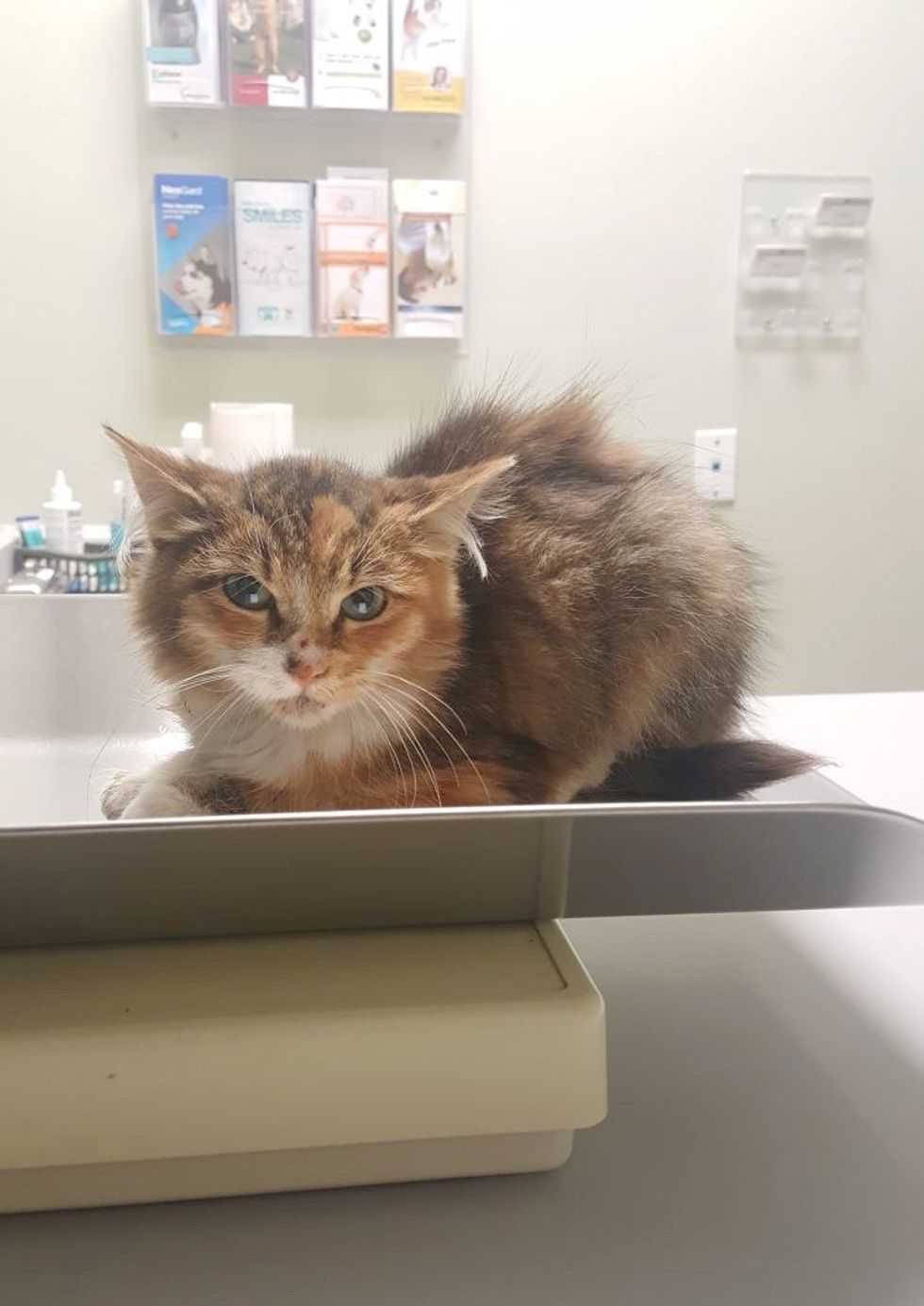 Last winter, the feral cat got into quite a predicament at the mall. As soon as she saw people, she was terrified and started running around for a place a hide. "When she was spotted she garnered a bit of attention and eventually security had to get involved. They caught her near my cousin's wife's store," reddit user a7madib said.

The kind-hearted woman and her husband offered to take the kitten and named her Lilly.

"When my cousin first brought her home she was very scared of people. We all had scratch marks when dealing with her and setting up a space for her," a7madib said. "We set up food and water bowls and a litter box in a corner of the room on the closet side with a little bed in the closet so she could hide when anyone walked in." 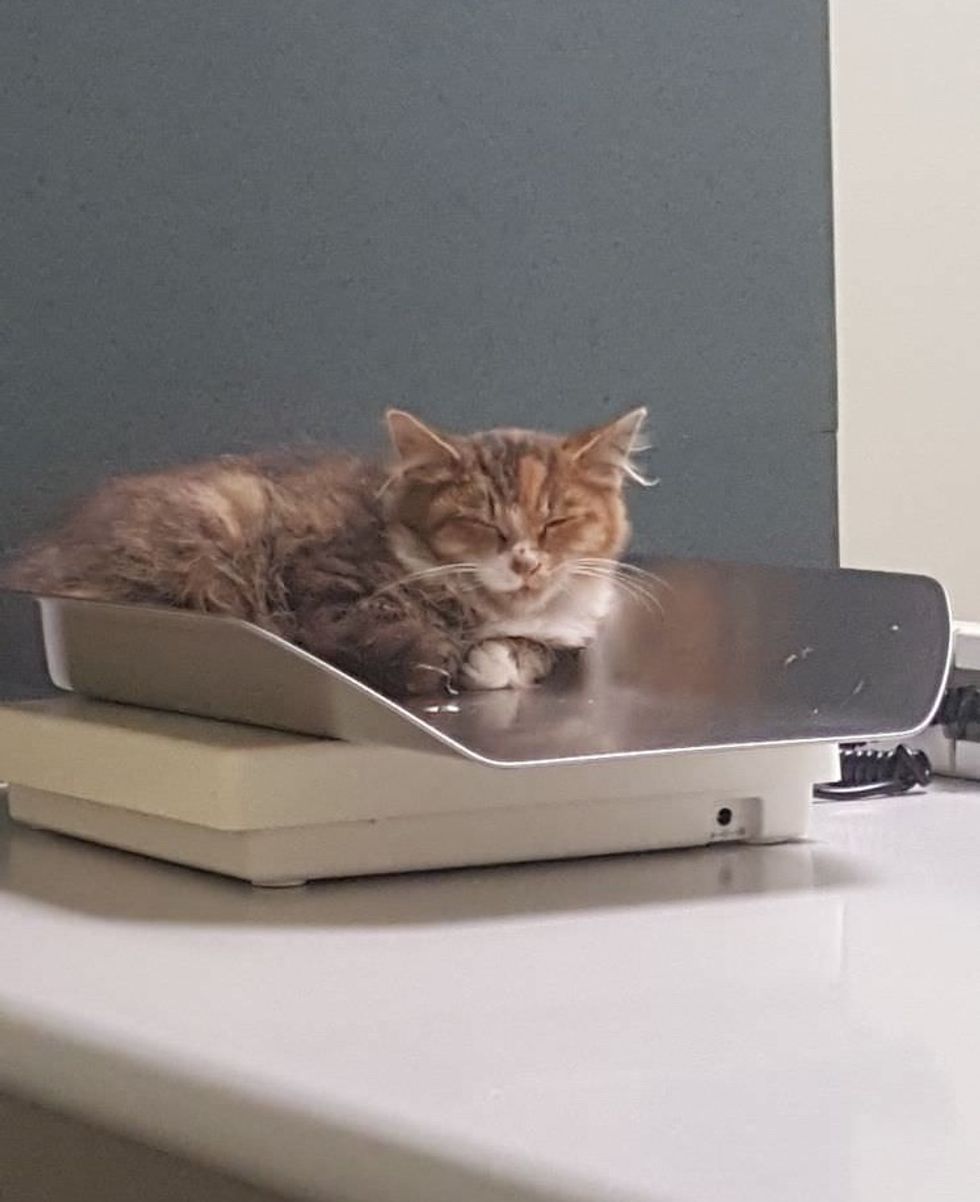 "My cousin would get really low and reach his hand out to her. Slowly week by week, we started seeing results. She would play and come out to the living room but still be cautious not to get to close to anyone who isn't my cousin."

It took the kitty four months to feel comfortable with everyone in the house. With a lot of patience, love and plenty of good food, Lilly finally came out of her shell. 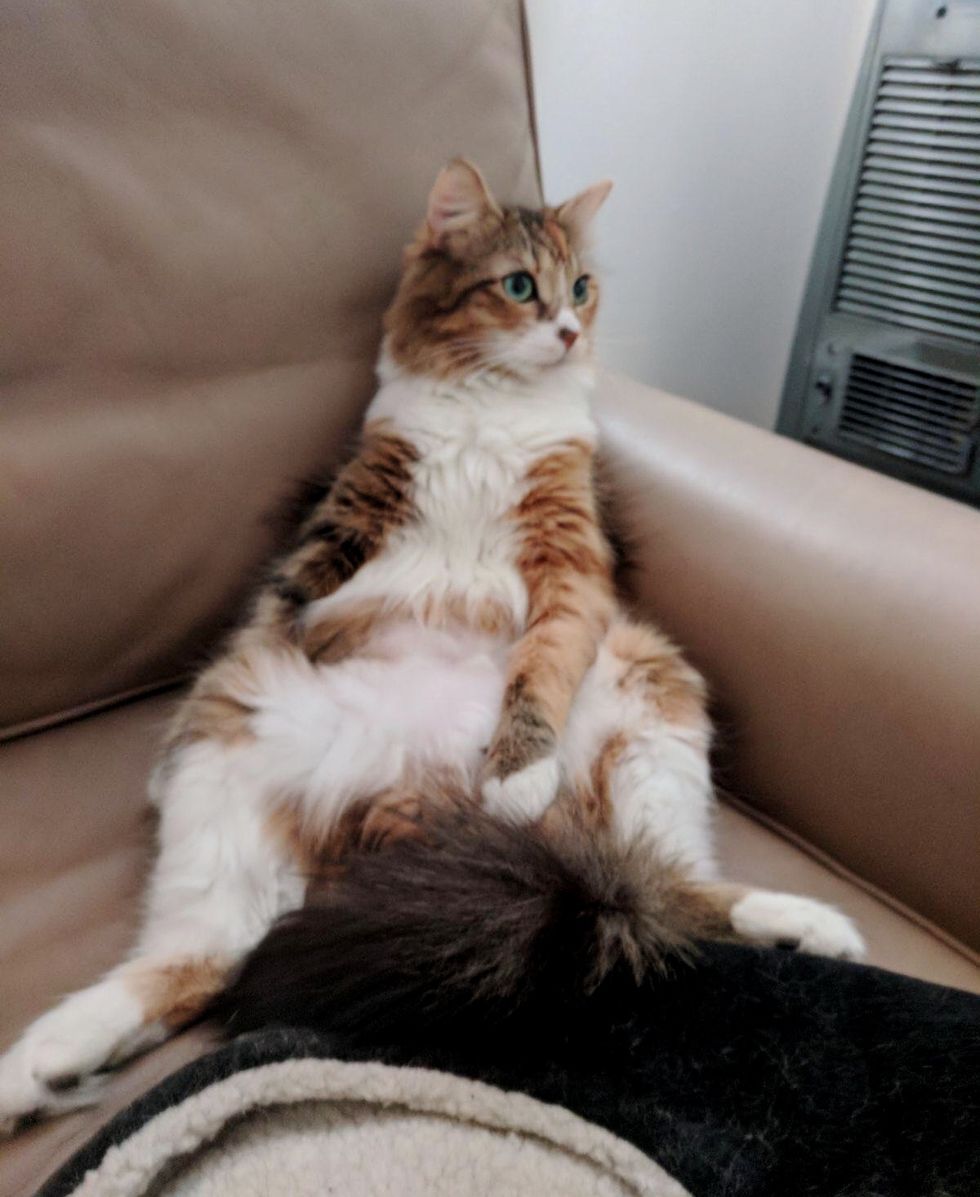 She blossomed into a gorgeous cat with a very fluffy tail.

"I think she has some Maine Coon in her," he said. 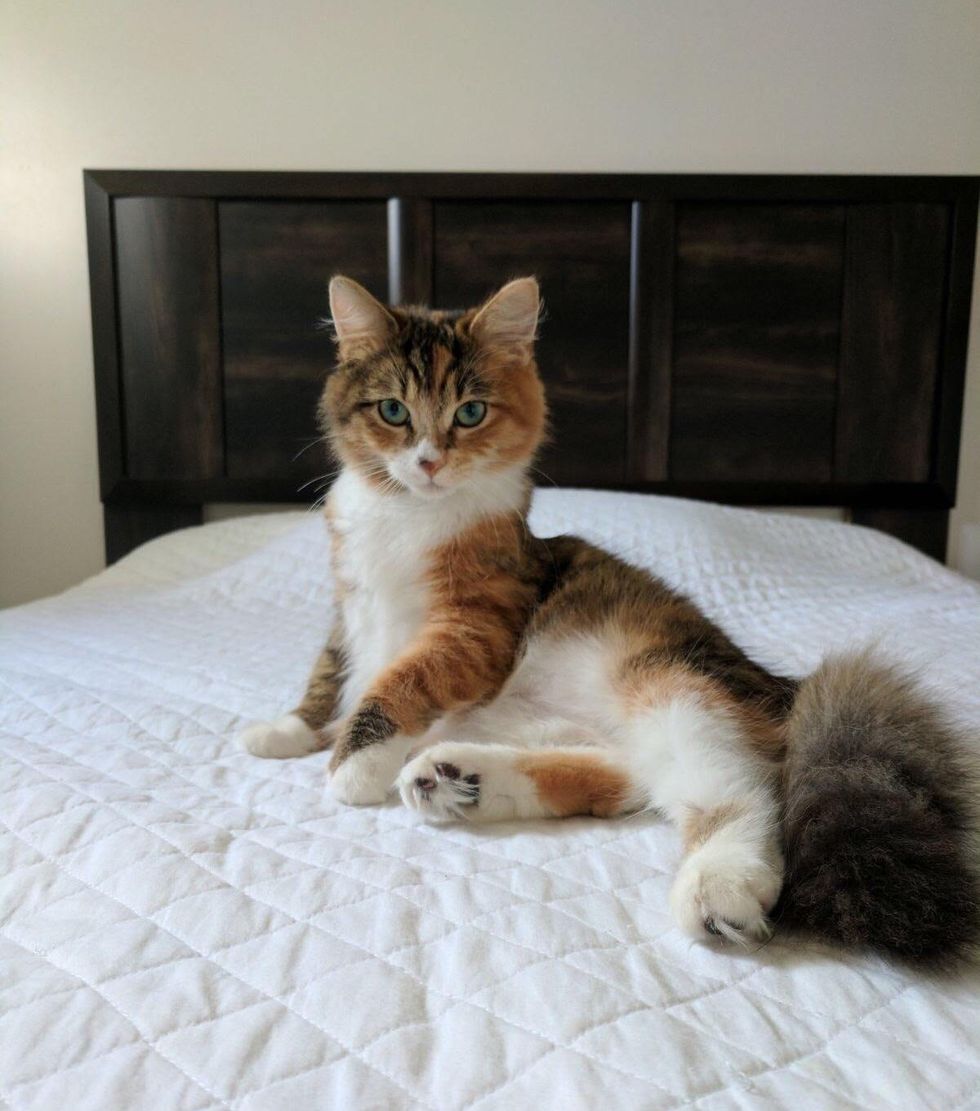 A year later, Lilly is no longer that terrified little kitty found at the mall.

"She's doing great, very friendly to people and even lives with my cousin's wife's dog - a Cockapoo." 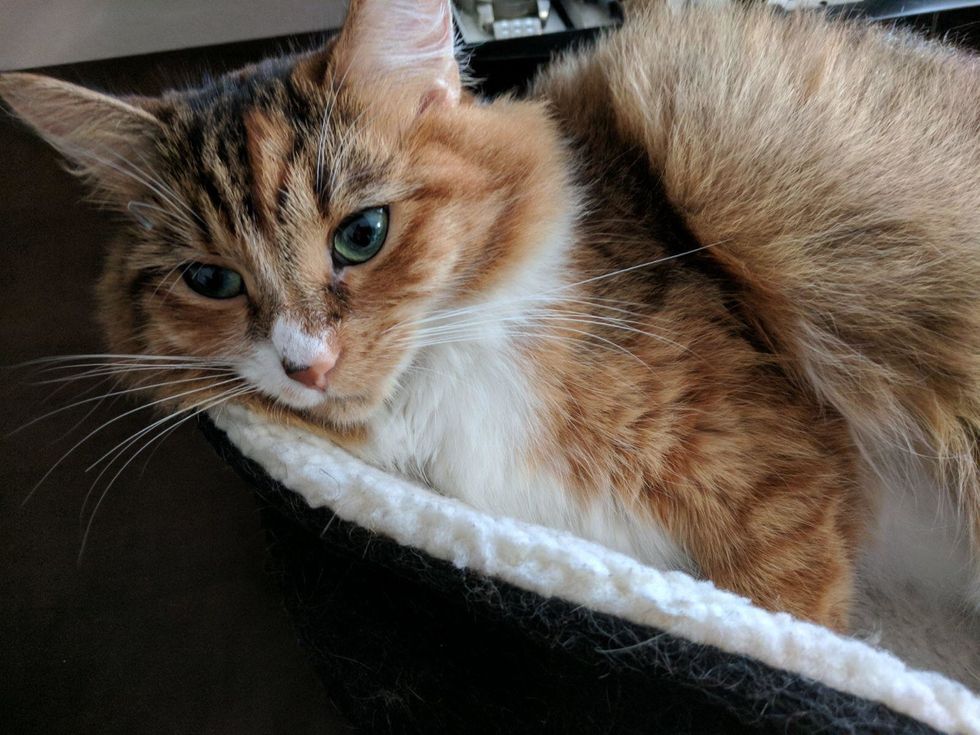 The kind couple gave the feral kitten a loving home and helped her learn to trust. 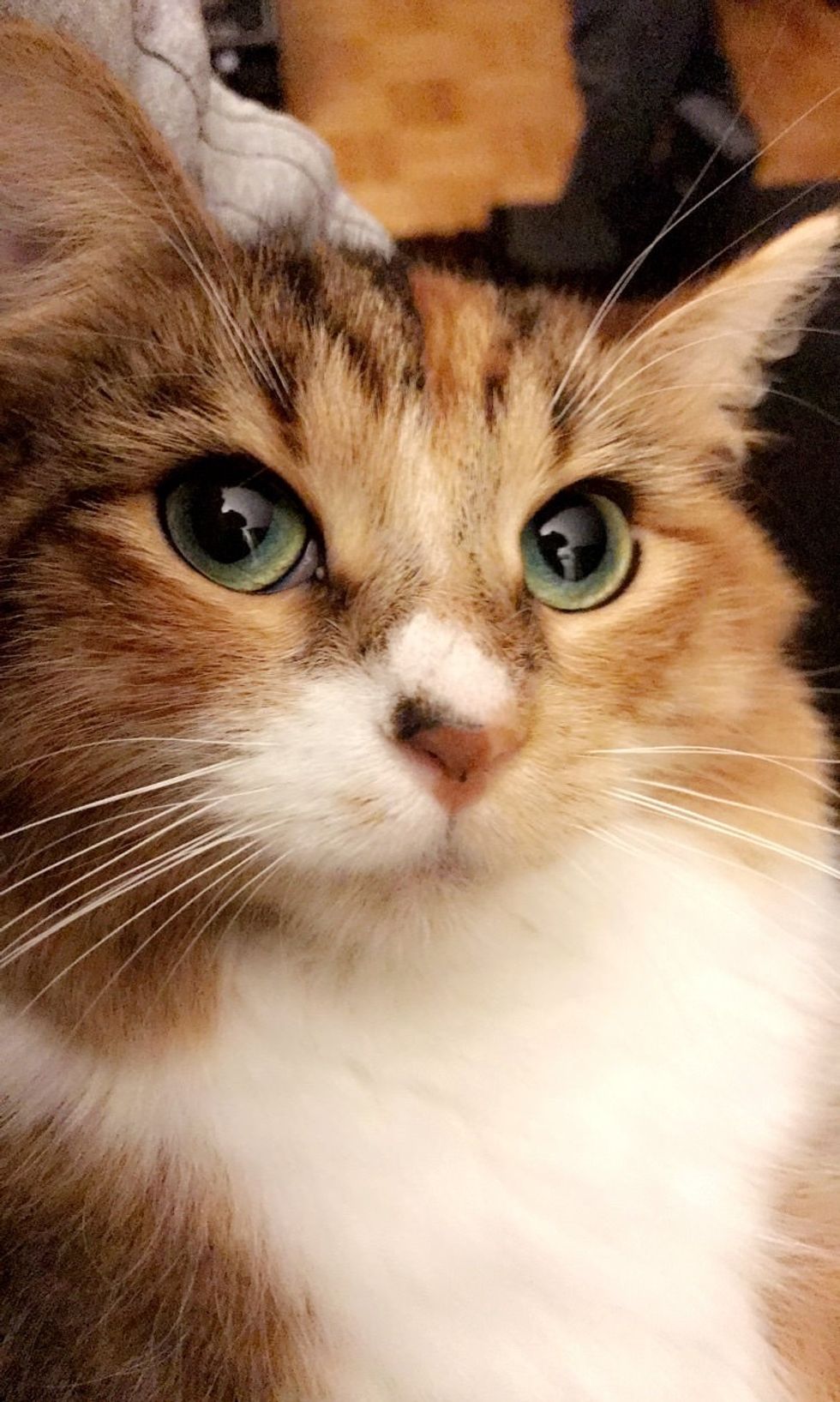 Related story: From Fear to Trust – Story of Meatie, the Feral Cat