A ginger cat was left with a severely injured eye and semi paralyzed after some horrific abuse, but with love he began to heal and even learned to walk. 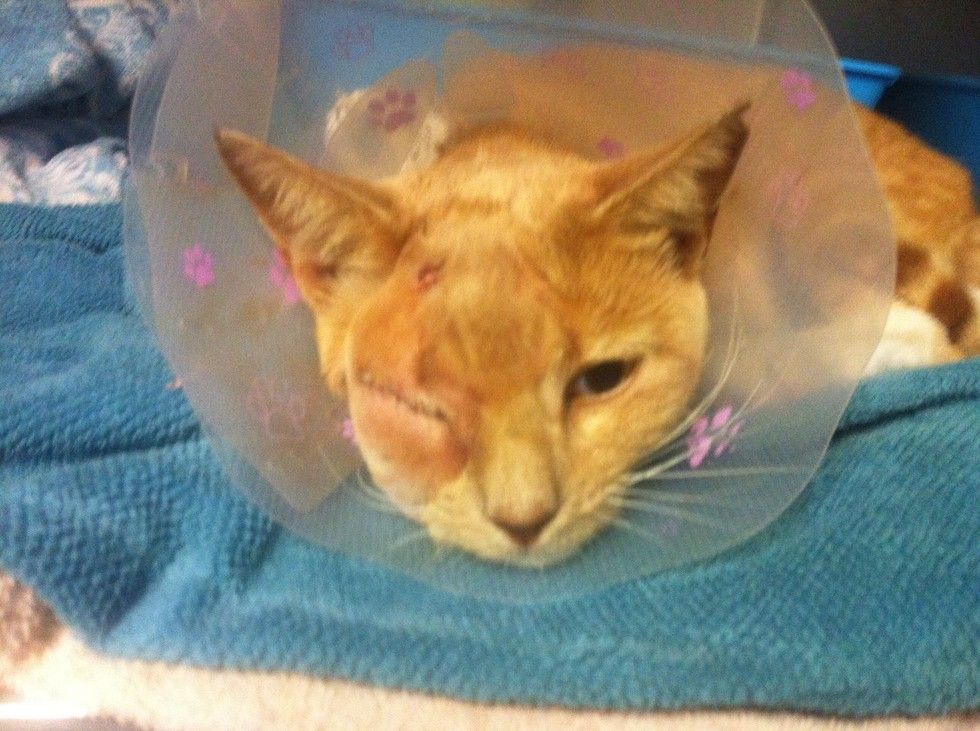 "My sister Clarina Hanekom was visiting me when she got a call about the cat," Jo-Marié Aproskie told Love Meow.

Hanekom, founder of Tin Can Town, and a kind lady, who found the cat, took the poor kitty to the vet for emergency care.

The ginger boy was cold and in shock, but he was not giving up.

The vet couldn't save his injured eye but saved his life. Even after the ordeal, the kitty purred aloud in the hospital every time someone came to care for him. 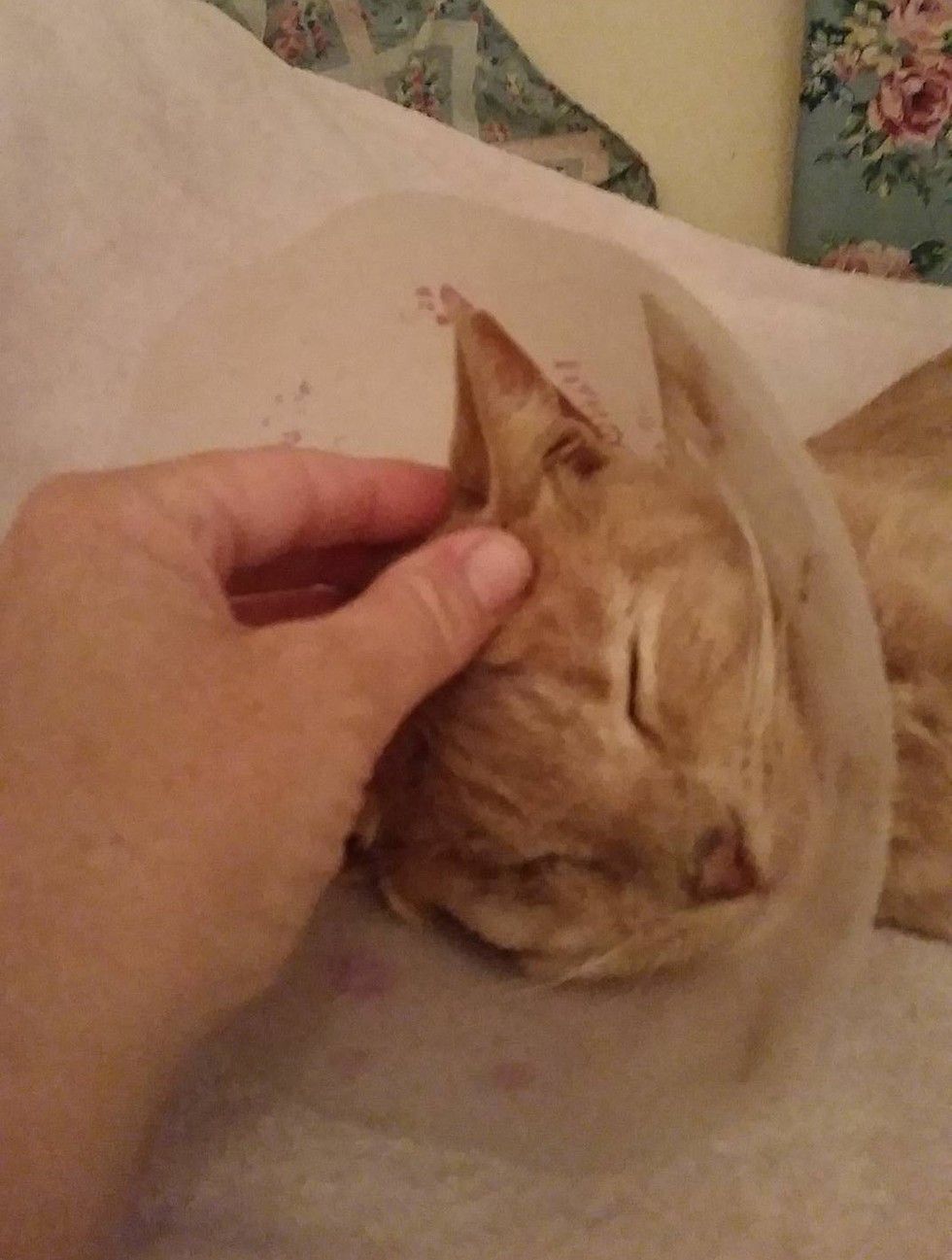 He couldn't move his left front and hind legs, so after he was released from the hospital, he went straight to a foster home where he could be looked after and cared for.

"I went to visit him in the hospital with my sister and he was such a special boy and always wanted love. I decided to foster him," Jo-Marié said. 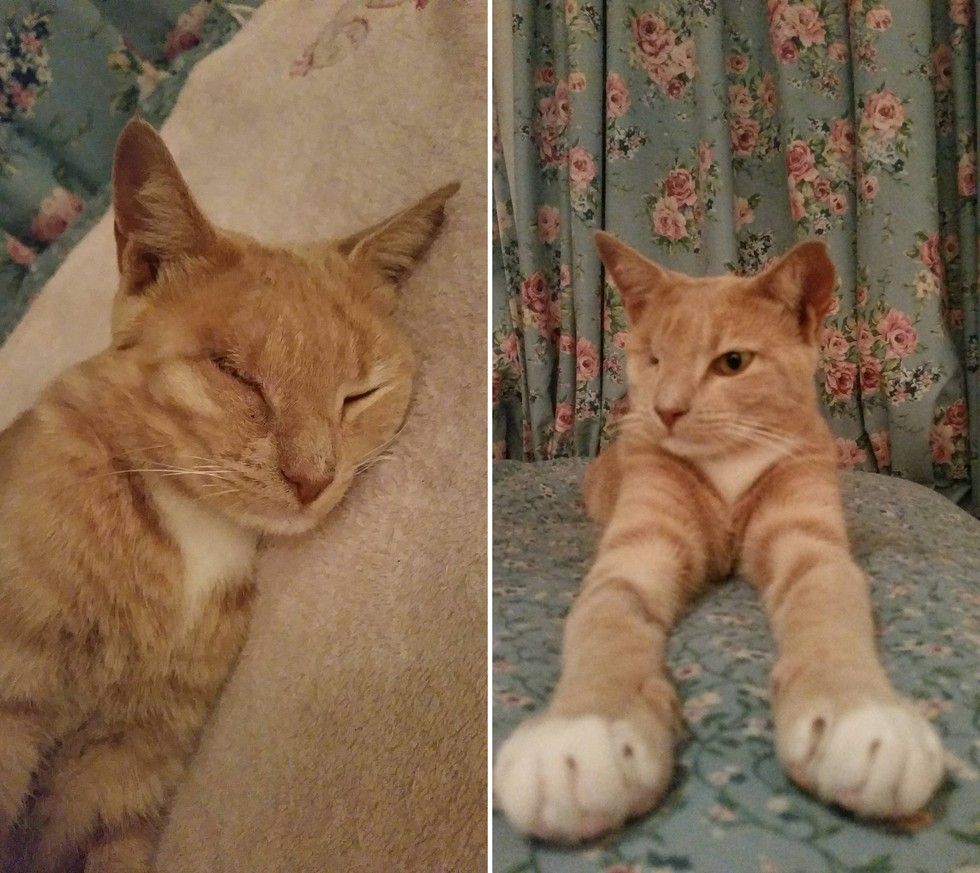 "He was a very good patient," she said. "He made huge progress with his physical exercises, and got better every day." 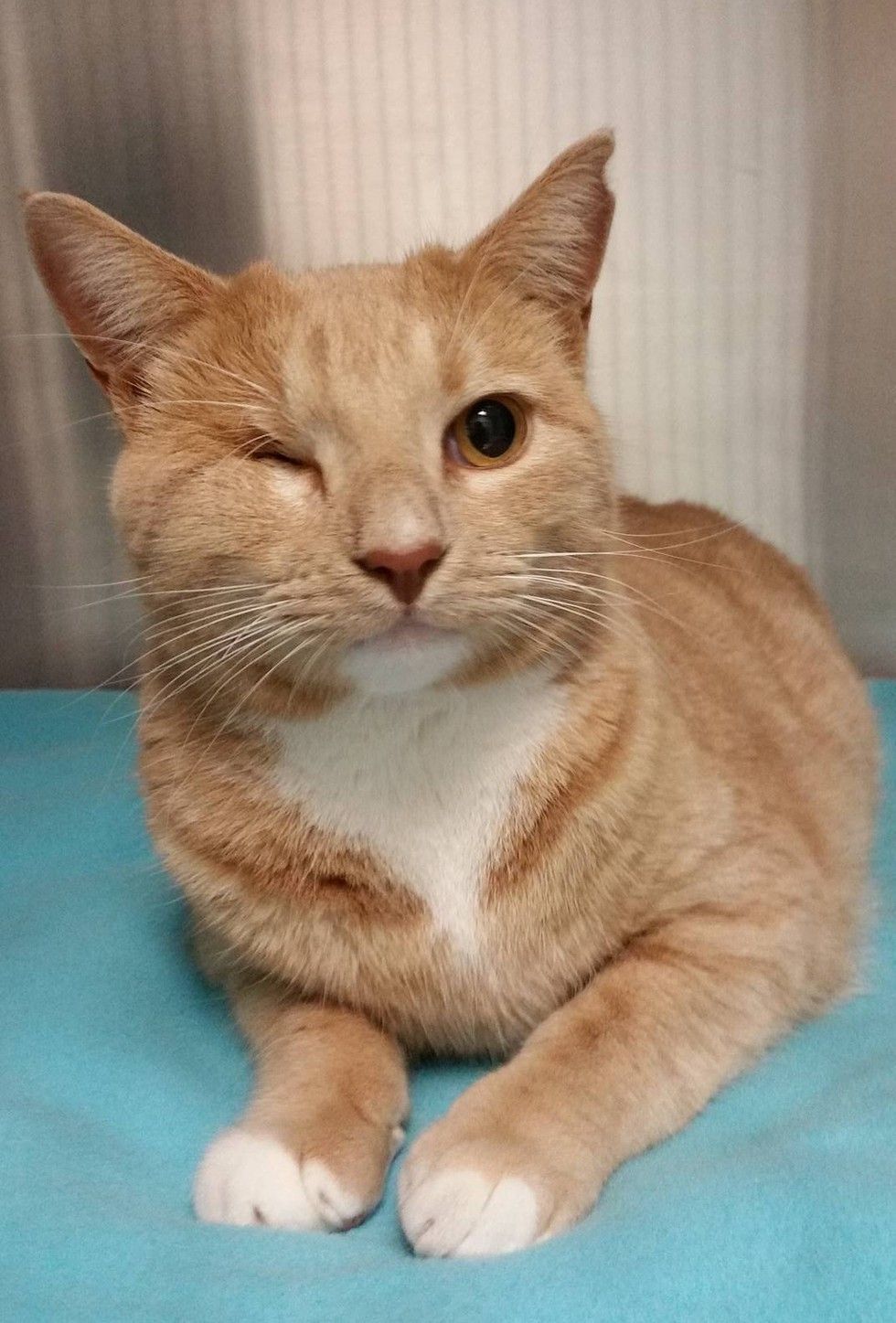 Just three weeks after the kitty moved into his foster home, he was able to walk normal again. "He picked up weight and was a healthy boy."

Then it was time for the ginger boy to go to his forever loving home. However, the kitty had a different idea. 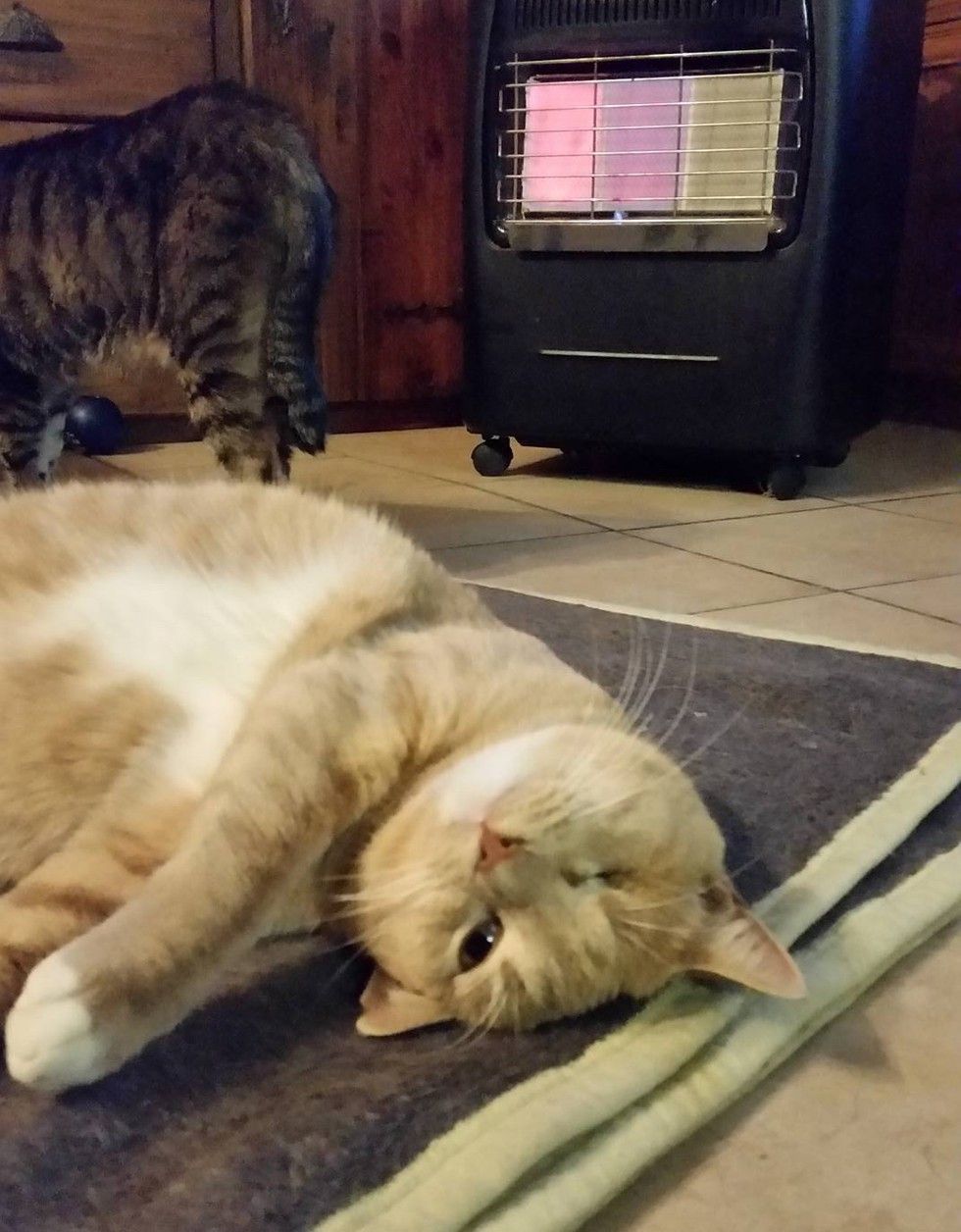 When Jo-Marié's sister came to get the kitty ready for his new home, the smart feline would suddenly walk with a slight limp as if he was telling his humans he wasn't ready to leave.

"I found it very weird as he was completely fine when my sister was not here. Maybe he was trying to tell us he wanted to stay," Jo-Marié told Love Meow.

When the kitty flopped on his back, asking for some belly rubs after her sister left, it sealed the deal for her. 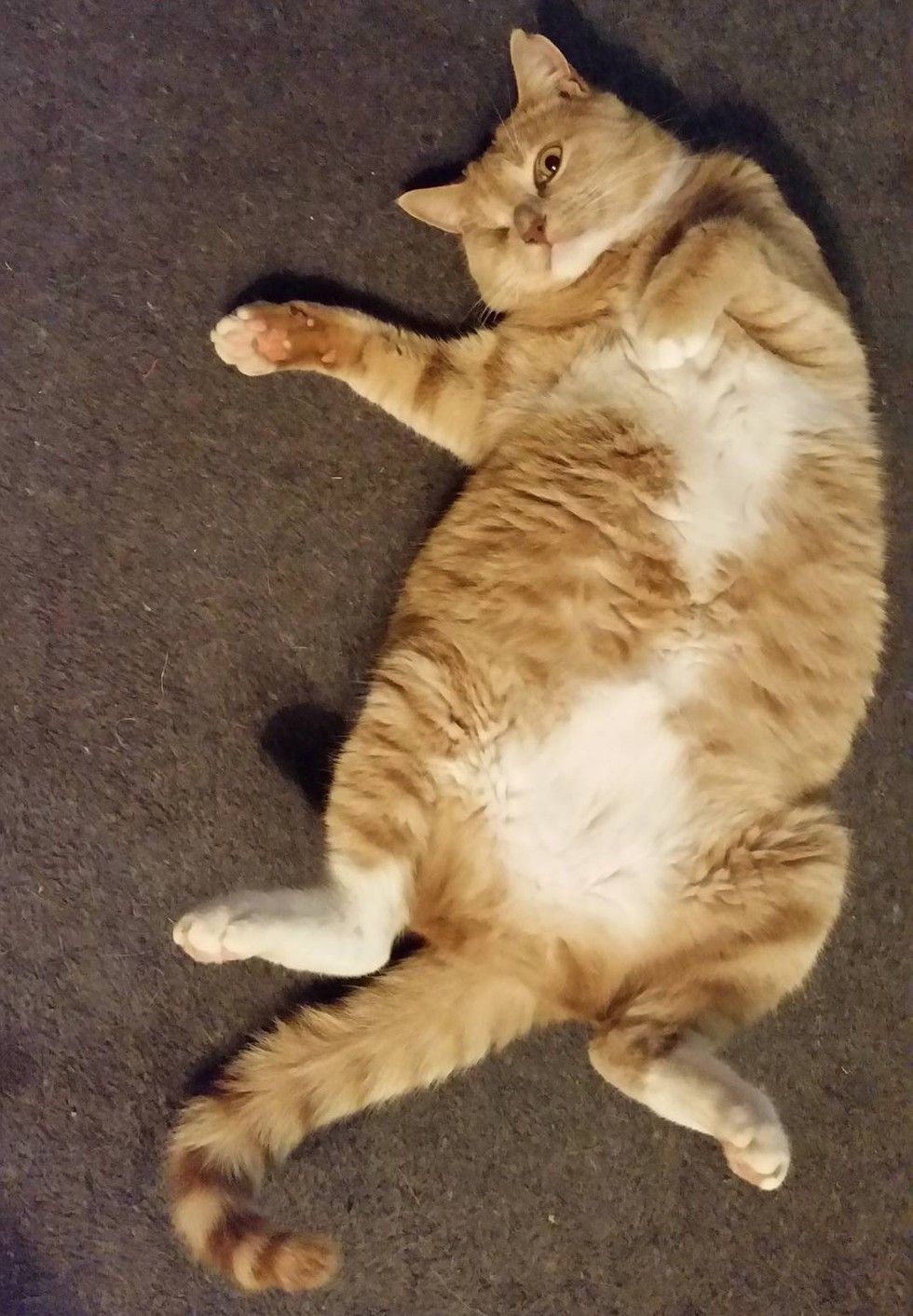 They named him Kerneels, and he is there to stay forever. 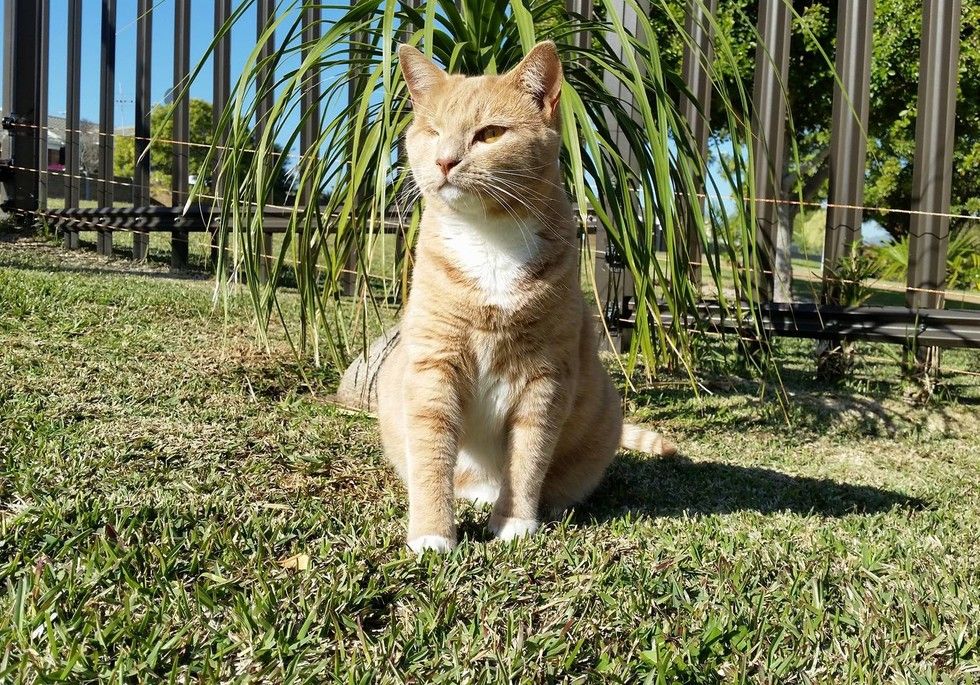 Kerneels had a rough start in life, but when his foster mom took him into her loving home, he knew right then that he wasn't going anywhere.

"The one eye doesn't put him off at all. He plays, runs, eats and sleeps like any cat. He even loves the dogs to bits." 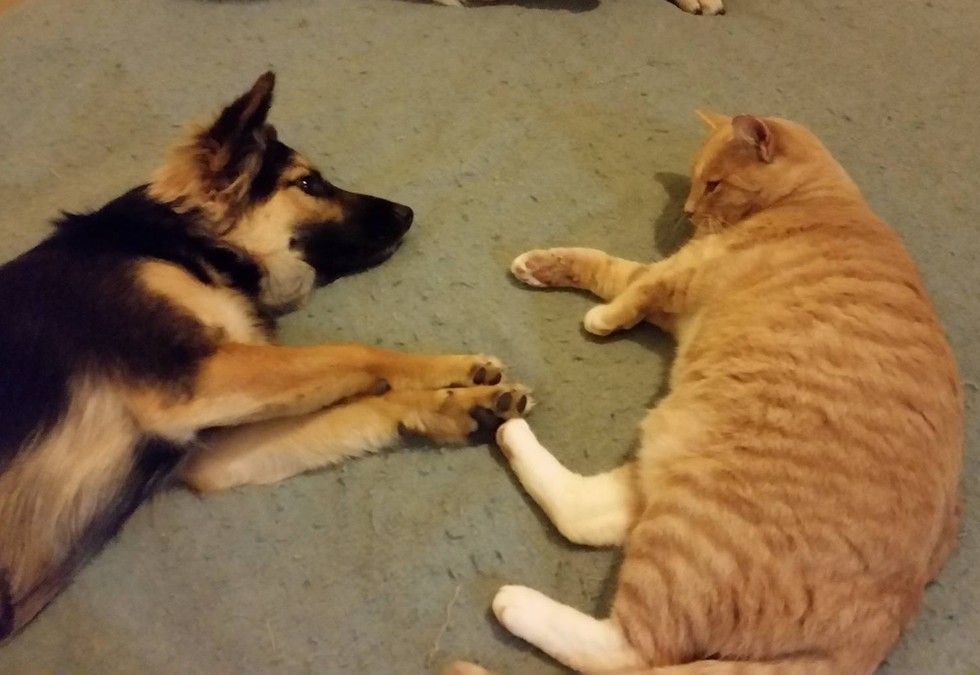 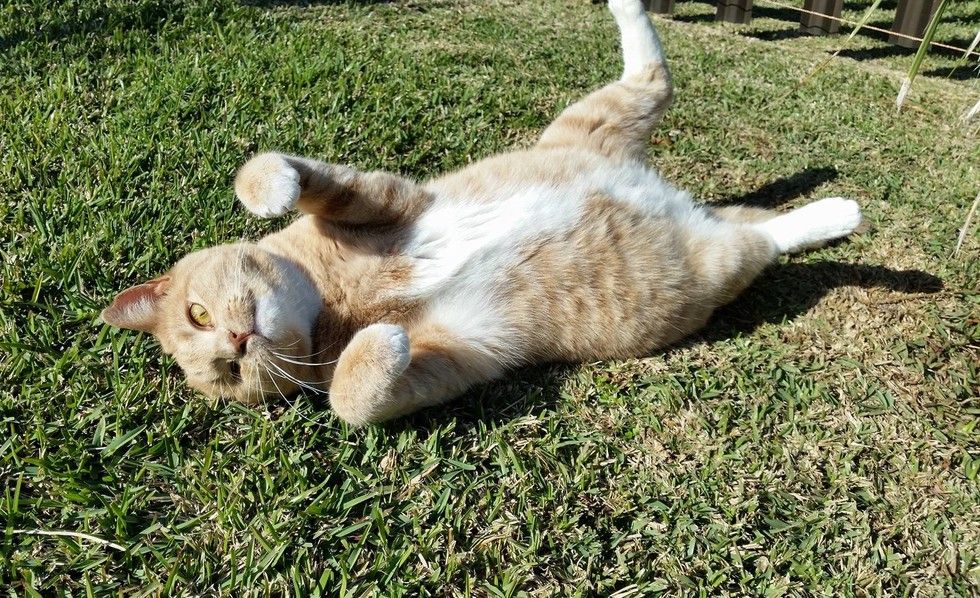 Related story: Ginger Cat Traveled Half a Mile to Be with Man He Befriended