A kind-hearted woman rescued a tiny ginger kitten 30 minutes before death row. The kitty was afraid and in poor shape, but the woman turned her life around with love. 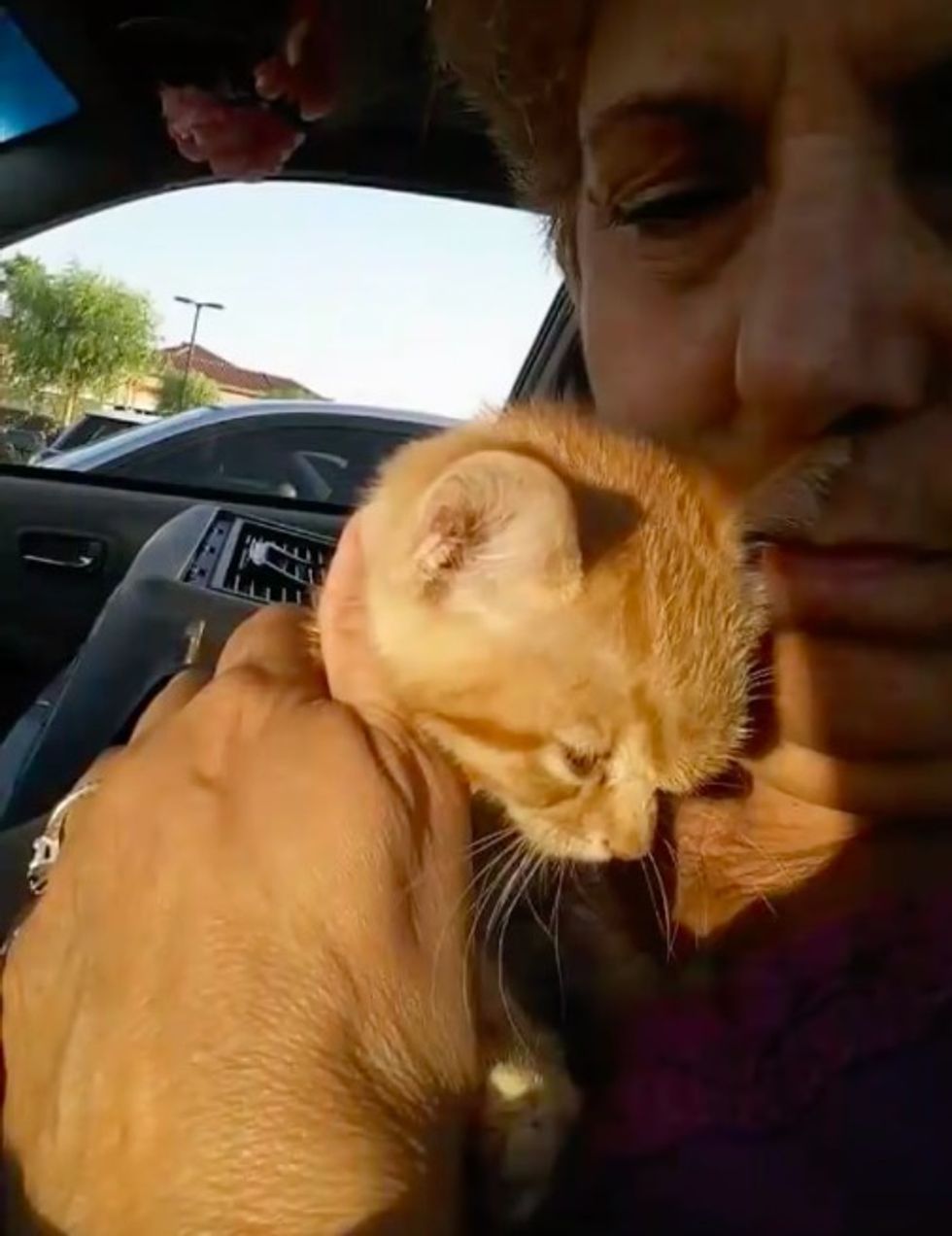 A ginger kitten was dropped off at an animal shelter in August, 2015. She was unable to eat and was frightened with human contact. Just a few days after she arrived in the shelter, she was put on death row.

Mama J from Furever Home Kitty Rescue was able to obtain an emergency release for the tiny kitten, and rescued her in the nick of time.

"When I first saw Angel Bug, a transporter met me with her in a parking lot. I transferred her to my carrier. As I looked at her head and saw how swollen it was in front I was very worried," Mama J told Love Meow.

Soon they discovered that the kitten had a neurological deficit due to trauma, and the little furry fighter was blind and hard of hearing.

"During the three days until the neuro appointment I never left her side. She was carried in a sling pouch in my body and I slept with her in a basket on the sofa with my body shielding her from the edge," Mama J said. 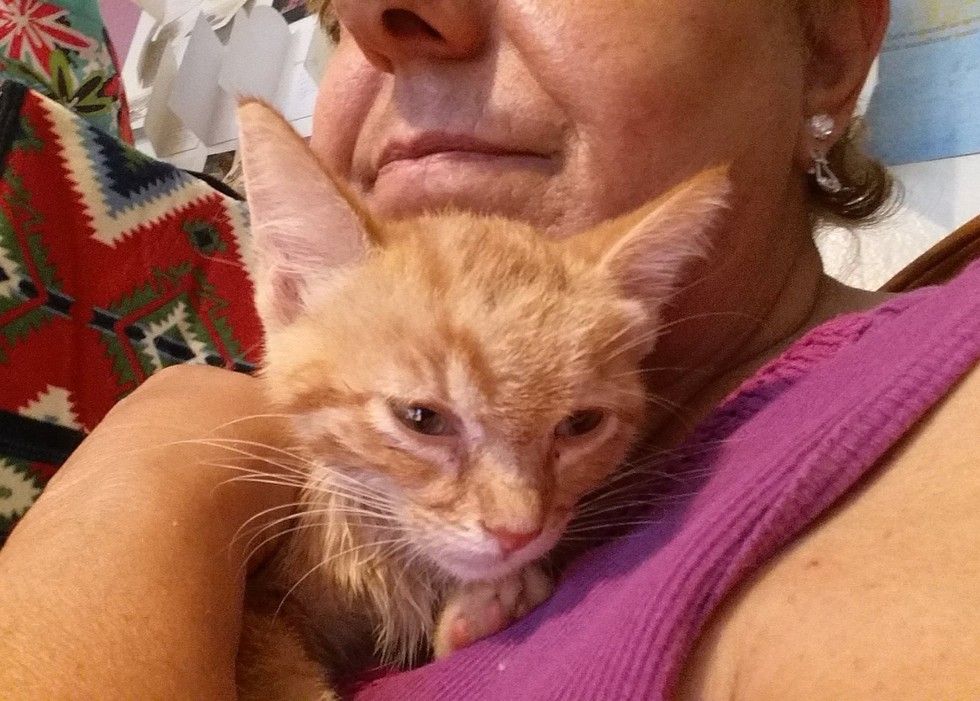 The little ginger girl felt so comforted and loved for the first time with Mama J by her side. She began to purr and couldn't get enough of cuddles.

Angel Bug was very skinny but she had so much fight in her.

"I syringe fed her every few hours because she couldn't eat on her own." Angel Bug couldn't see and hear very well, "so I touched her gently and frequently to reassure her she was safe and loved," Mama J told Love Meow. 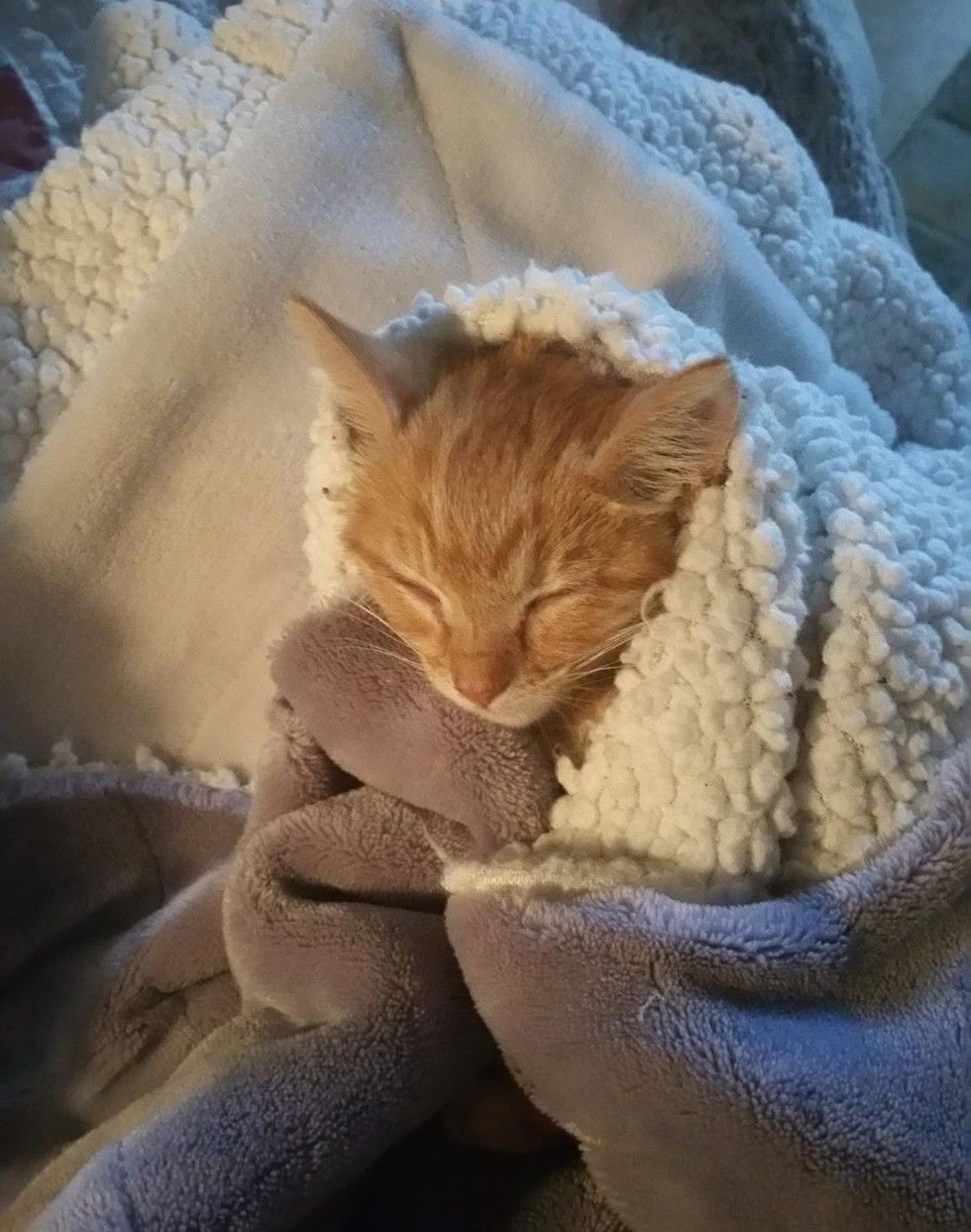 "It is why I made the sling carry for her so she could constantly feel that she was safe and could rest.

"She would sleep while she was being carried." 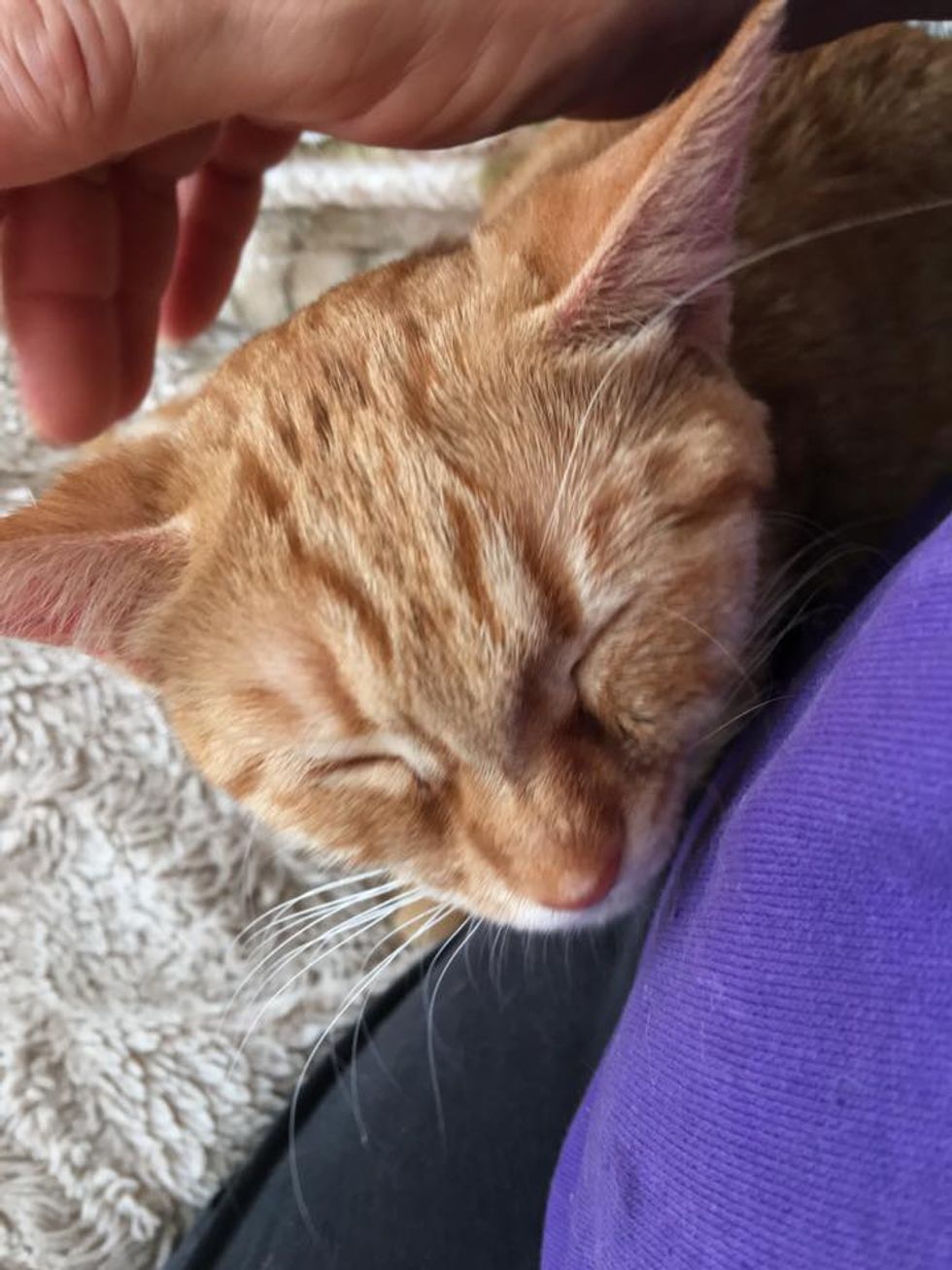 "Once she started moving around, she wanted to eat on her own but every time she lowered her head to the dish it world twist to the left almost over her shoulder so she couldn't reach the fish," Mama J told Love Meow.

"I would hold the dish to keep it under her mouth so she could lick the gruel from the bowl to eat."

Later she taught Angel Bug to eat with a manual head alignment and the assistance of a stable bowl.

Angel Bug snuggles up to her Mama. 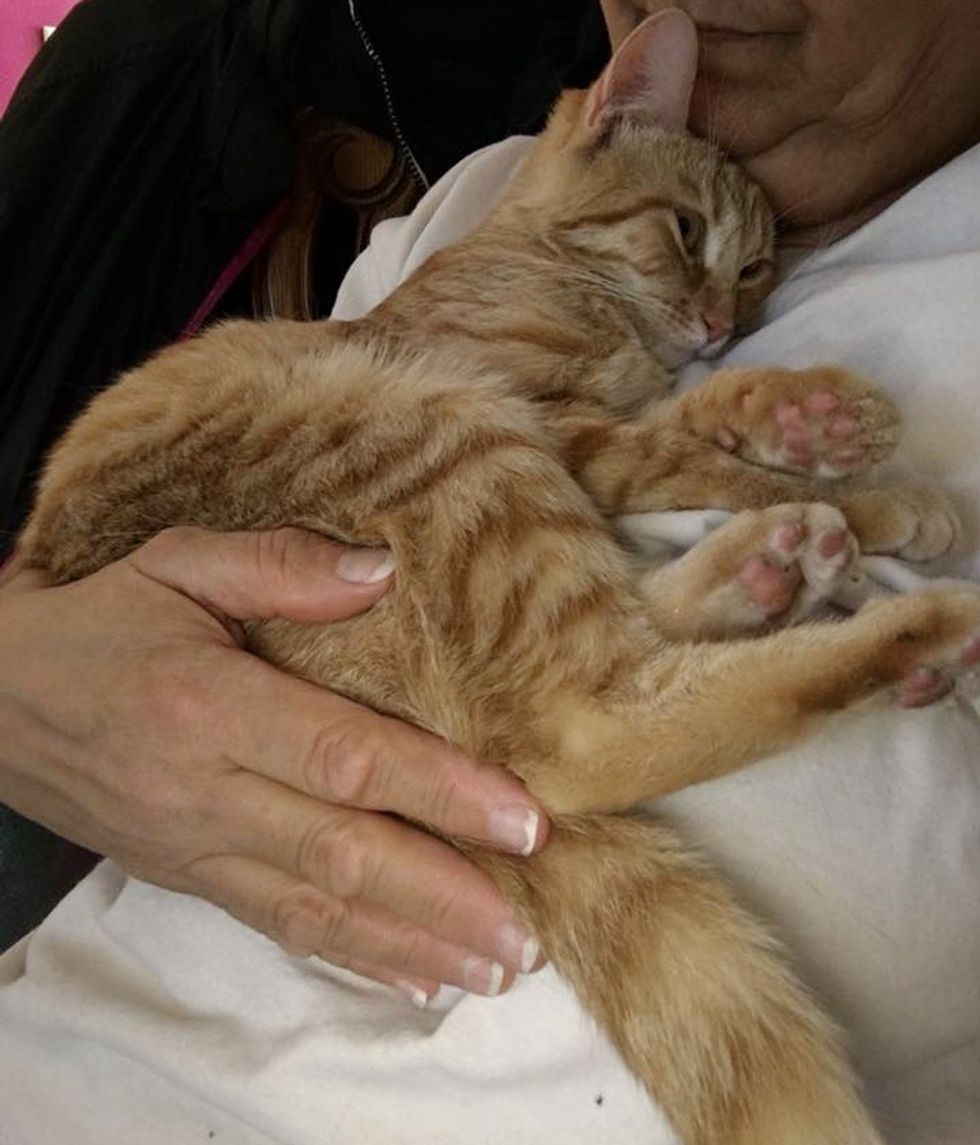 "After about a month she was climbing around her condo and wanted to explore... I would place her on the floor and follow her to assure she wouldn't bump her head and cause injury.

"She had a determined spirit. She wanted to 'look' around she explore her surroundings." 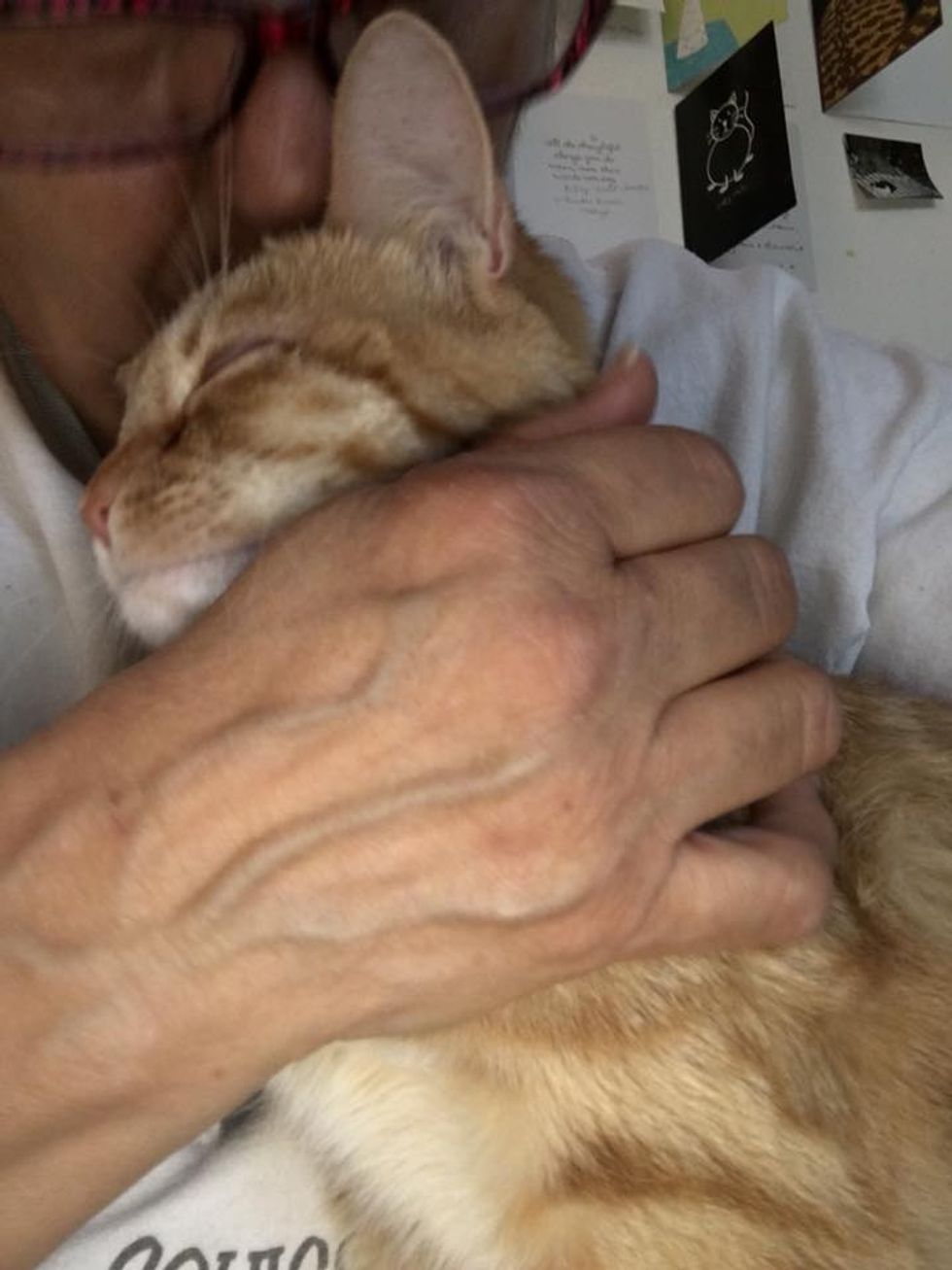 Little Angel Bug shows her humans how much she loves life and she doesn't let her disabilities stop her.

"She developed a way of waking and running that was dance like in movements and she would do in and twirl and play with her paws in the air." 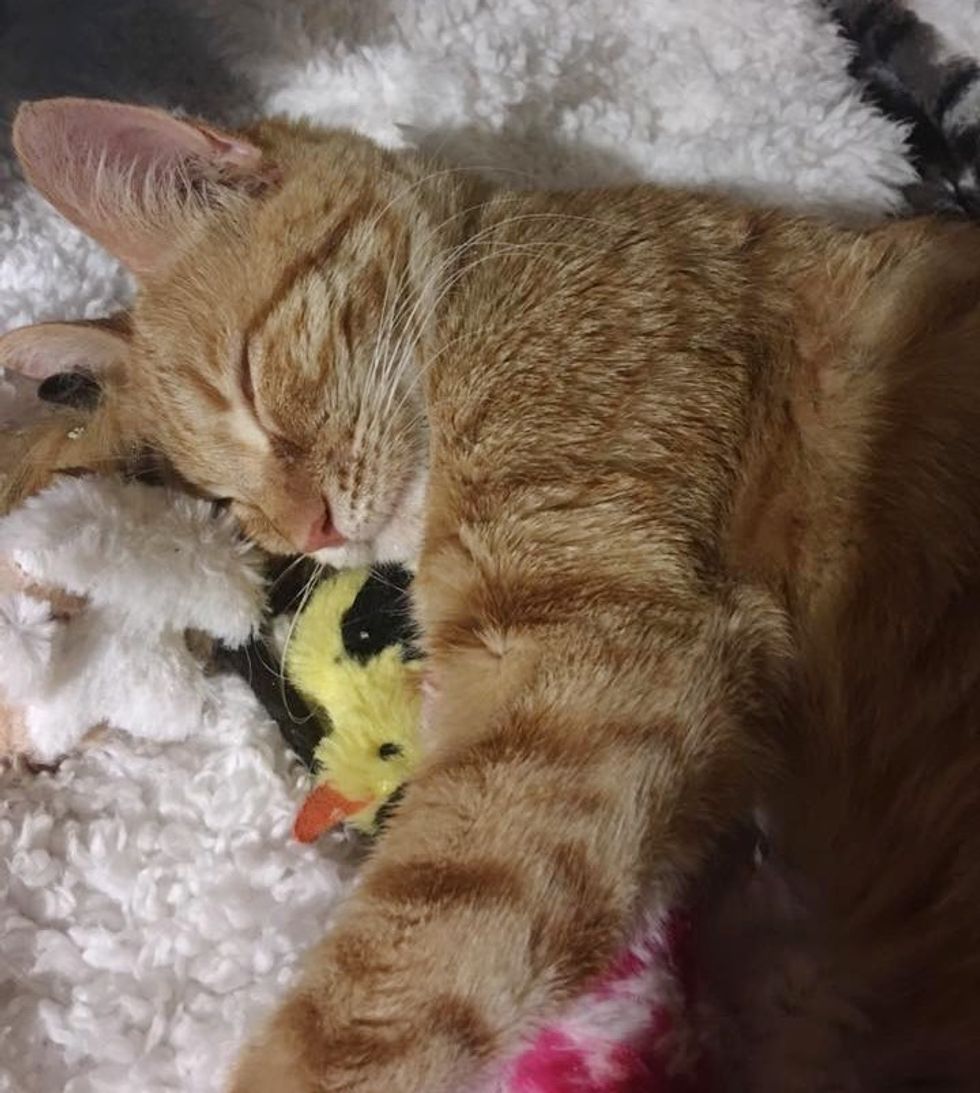 She came to Mama J severely underweight and weak, but with love and determination, she has made a full 180, and even started caring for fosters in need.

One of the rescues, Jenni, is blind.

Angel Bug has taken her under her wings. They snuggle together, eat together and nap together. 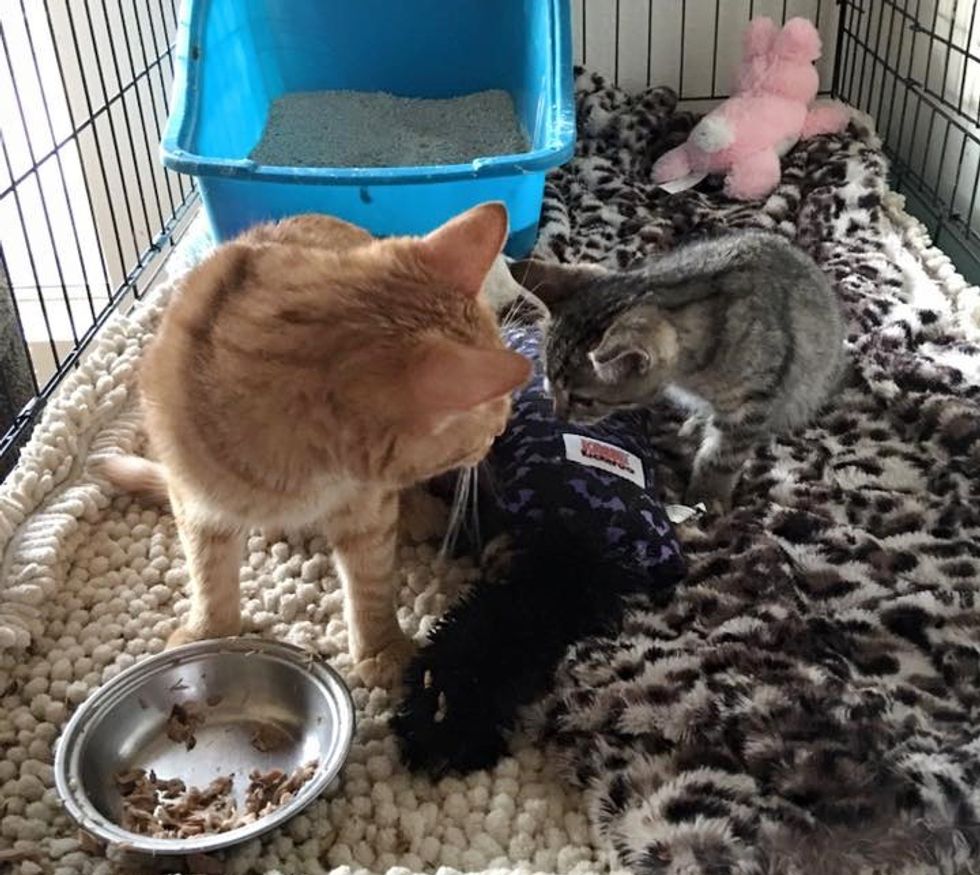 Angel Bug reassures Jenni that she's loved just like what Mama J did when she was rescued.

"Everything is going to be ok!" 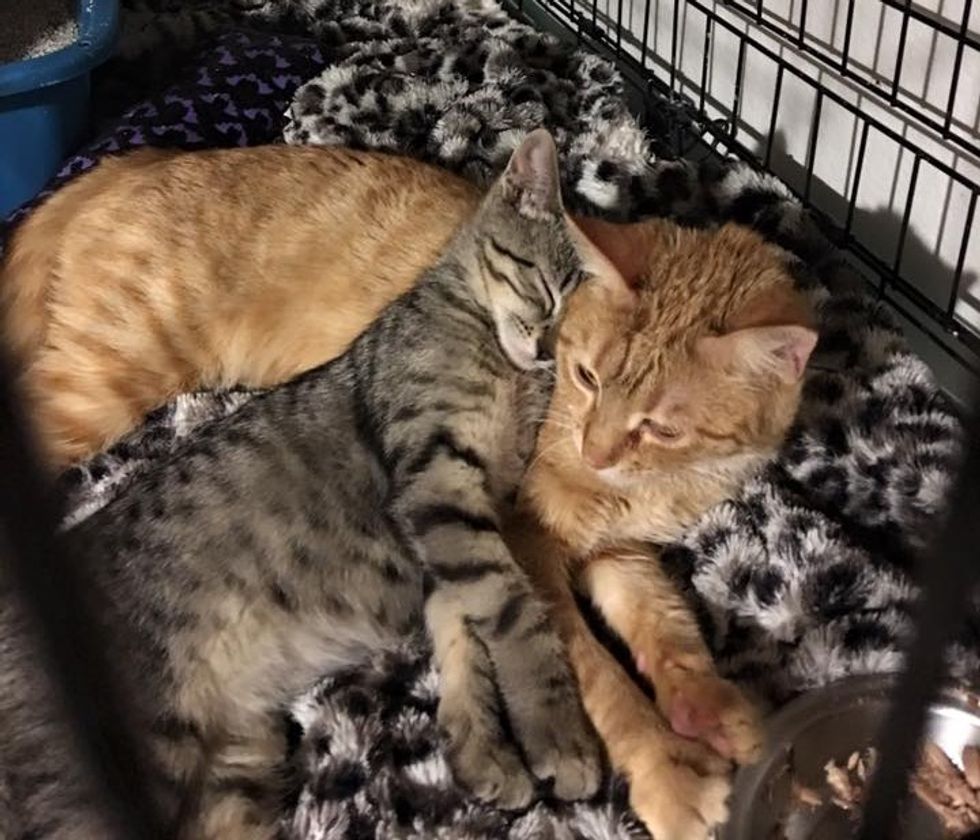 Today Angel Bug turned one year old! She's come such a long way since the day Mama J took her into her loving arms.

This incredible wonder cat has learned to love, trust, eat on her own, climb, explore, and even dance. She's so full of life and loves giving her Mama J snuggles and kisses.

She may not be able to see and is hard of hearing, but this little gal is happy to have been given a second chance at life. Happy Birthday Angel Bug! 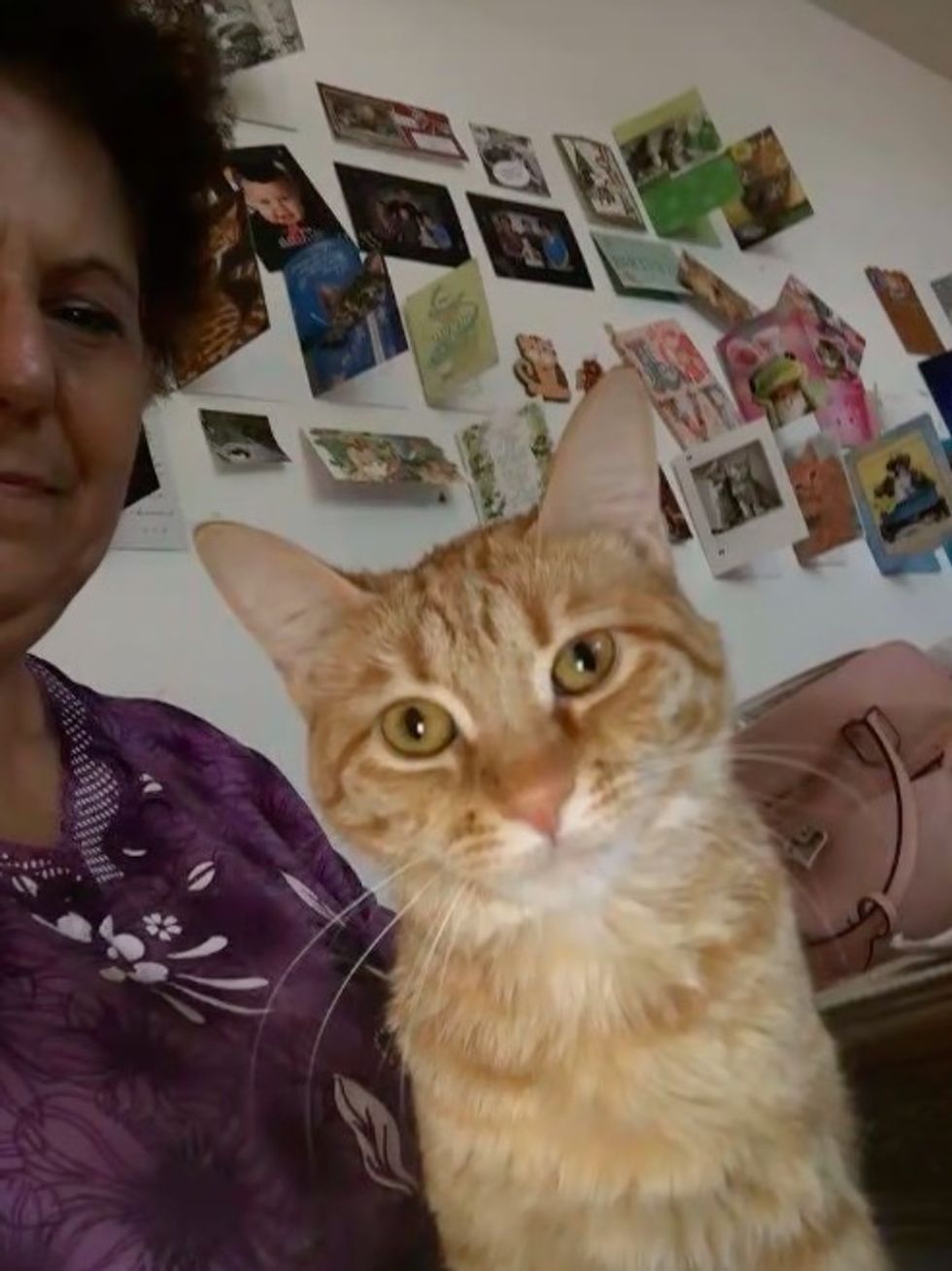 Angel Bug does a little dance in the morning :).