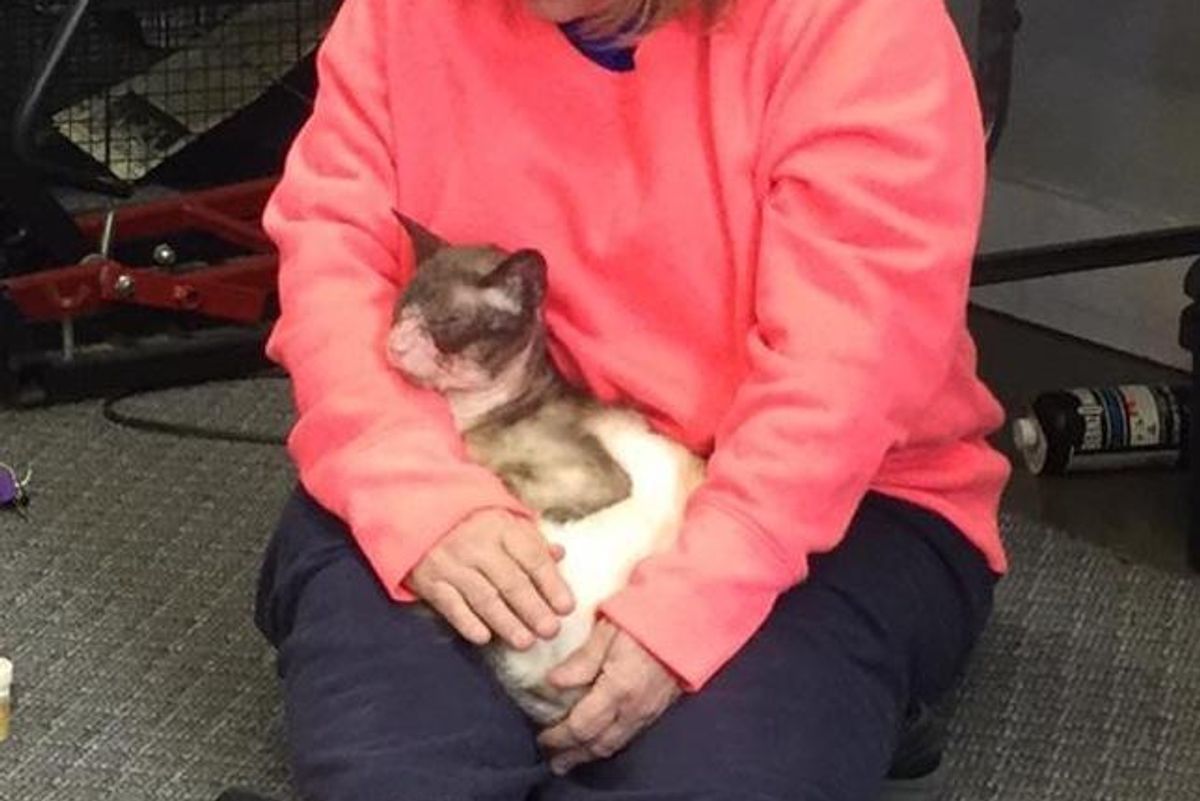 Woman Takes a Chance on a 'Forgotten' Siamese and Brings Back His Glorious Self...

A woman took a chance on a cat who was "forgotten" and abandoned, and turned his life around with love. 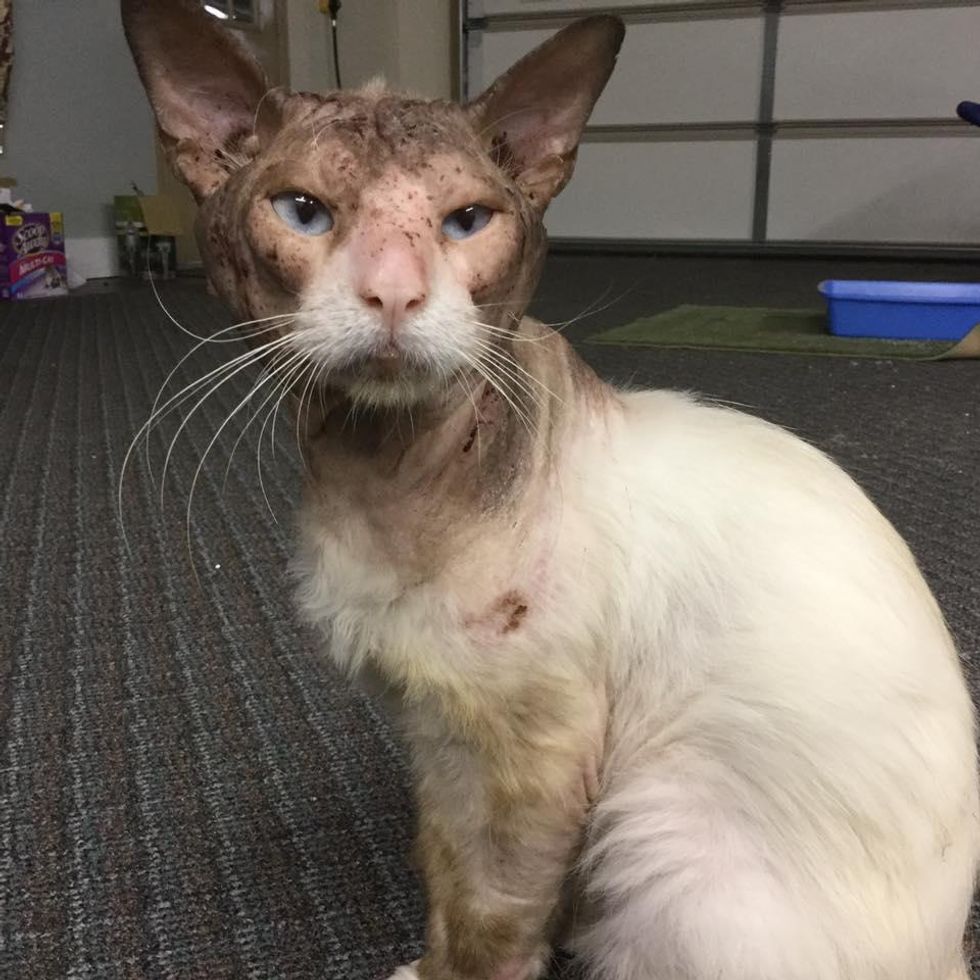 In August 2016, a staff member of James Madison University (in Harrisonburg, Virginia) found a sad looking Siamese cat on campus, wandering alone. Despite being in poor shape, he still meowed and sought attention. He let the good Samaritan pick him up and take him to the office where he devoured all the food he could eat and drank a lot of water.

The community came together to work out a wonderful plan for him. The next day he was rescued by Cat Cradle and taken to Anicira to receive the medical attention that he needed. They cleaned and treated his wounds, and found him a foster home that would dedicate themselves to bring him back to health.

And that's when Jacque met Lisa Hensley, who saved his life. 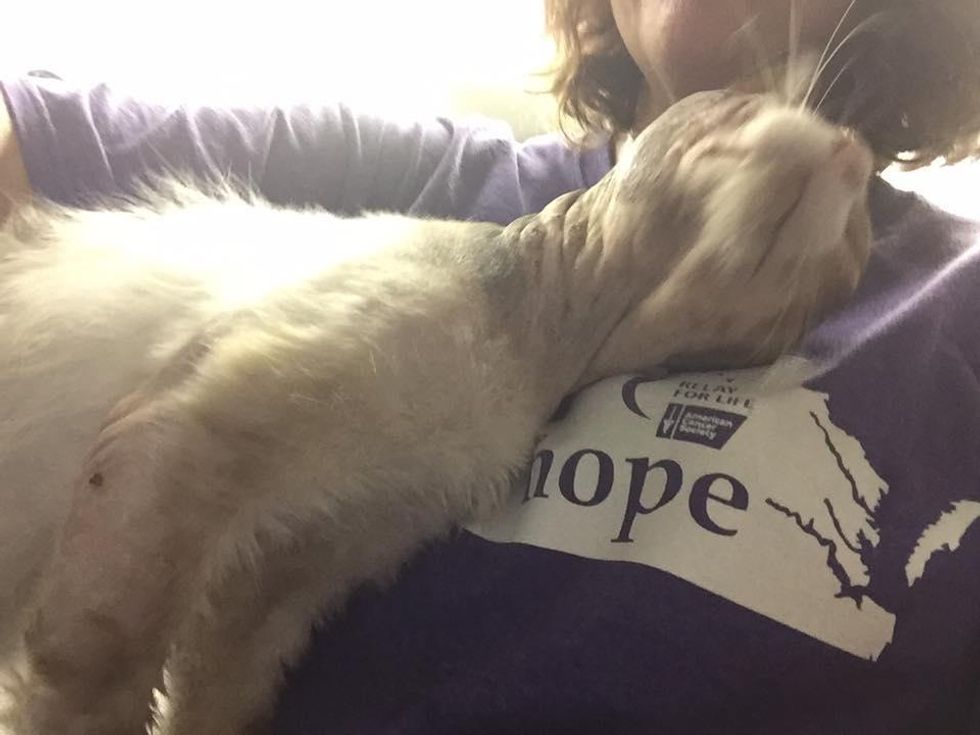 "I took Jacque home expecting him to be back to his beautiful self in approximately 3 months. What has happened is so much different," Lisa told Love Meow.

What they initially thought was a severe allergic reaction to fleas turned out to be so much more difficult to cure. Despite his daily flea and tick treatment and good diet, Jacque continued to lose hair in large quantities and his scratching was getting worse. 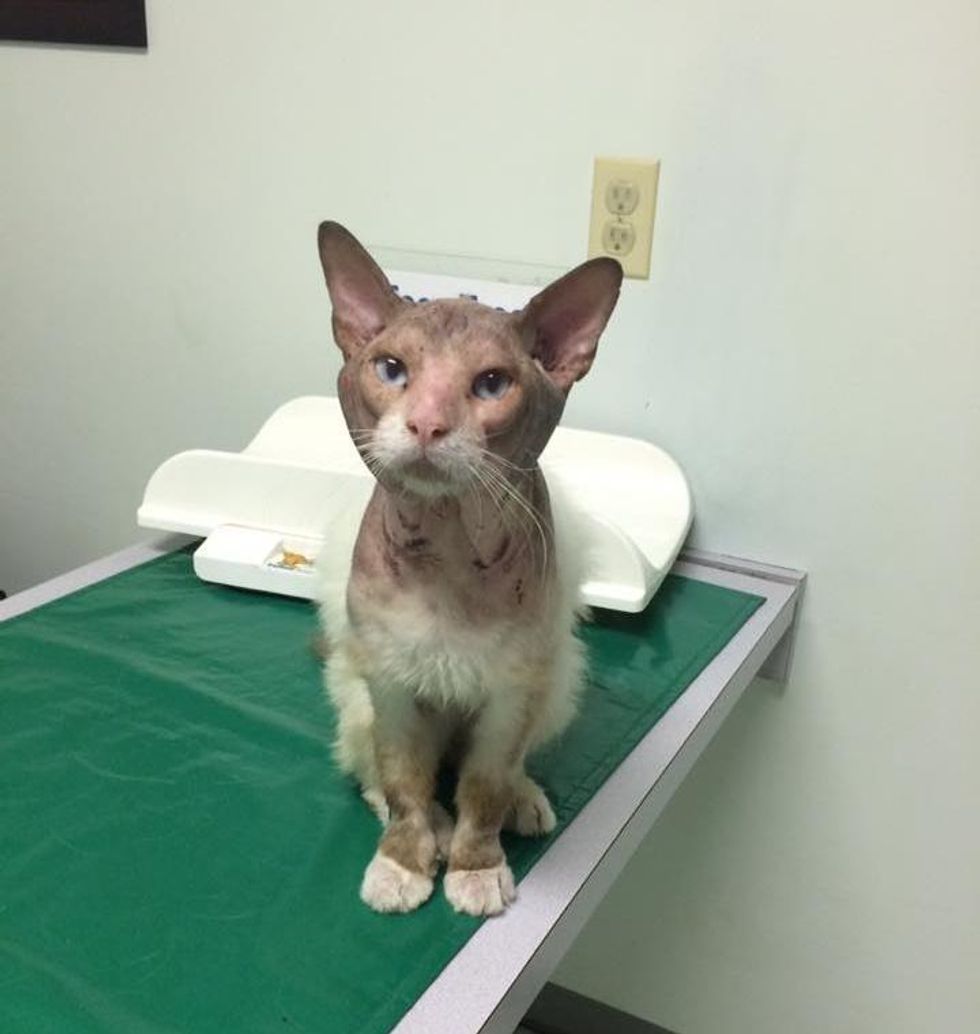 Lisa tried everything she could think of to help curb the scratching and alleviate irritation. Meanwhile, Jacque was experiencing many other health issues that caused his condition to deteriorate, but Lisa refused to give up.

She added medical baths and treated his kitty cold, but still not much changed. "I would see some improvement and then it just seems like one step forward and two steps back." 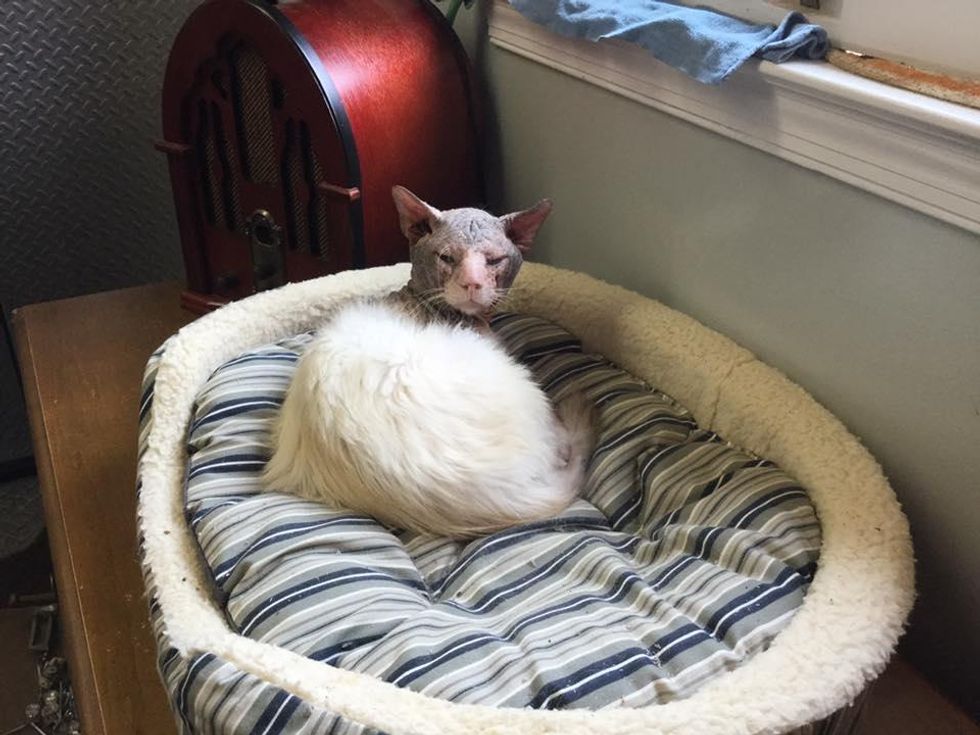 "I was starting to get very worried about Jacque. Through all of this he always came running when I went to feed him and stuff pills down his throat, rub the medicine on him or whatever else I needed to do," Lisa told Love Meow.

"I remember just laying with him begging him not to die. It was at this time I was starting to doubt if I had enough experience or knowledge to help him." 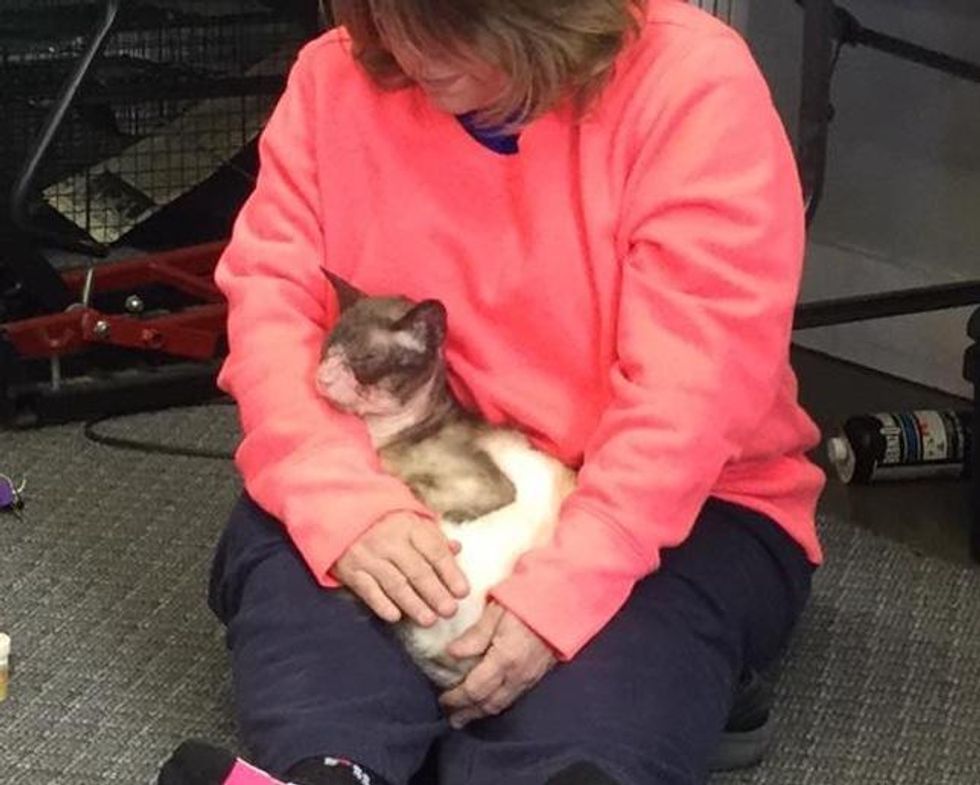 "We decided to put Jacque on some oral meds for his yeast, I started bathing him with a special shampoo and lotion, and we discussed other options and if I needed to take him to a specialist since he was getting no better."

They also decided to put him on prescription cat food. "This I think saved his life." 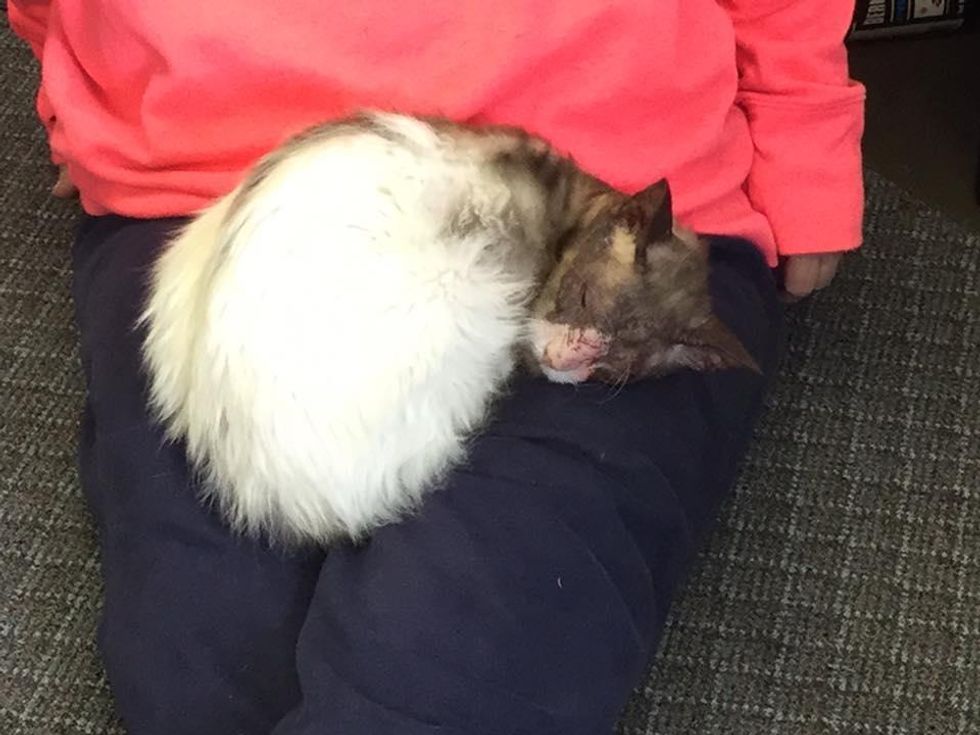 "I had a nice long cry and talk with my beautiful boy and I told him that we had too many people that loved him to give up on him, that whatever it was we would beat it."

Since then Jacque started to improve. 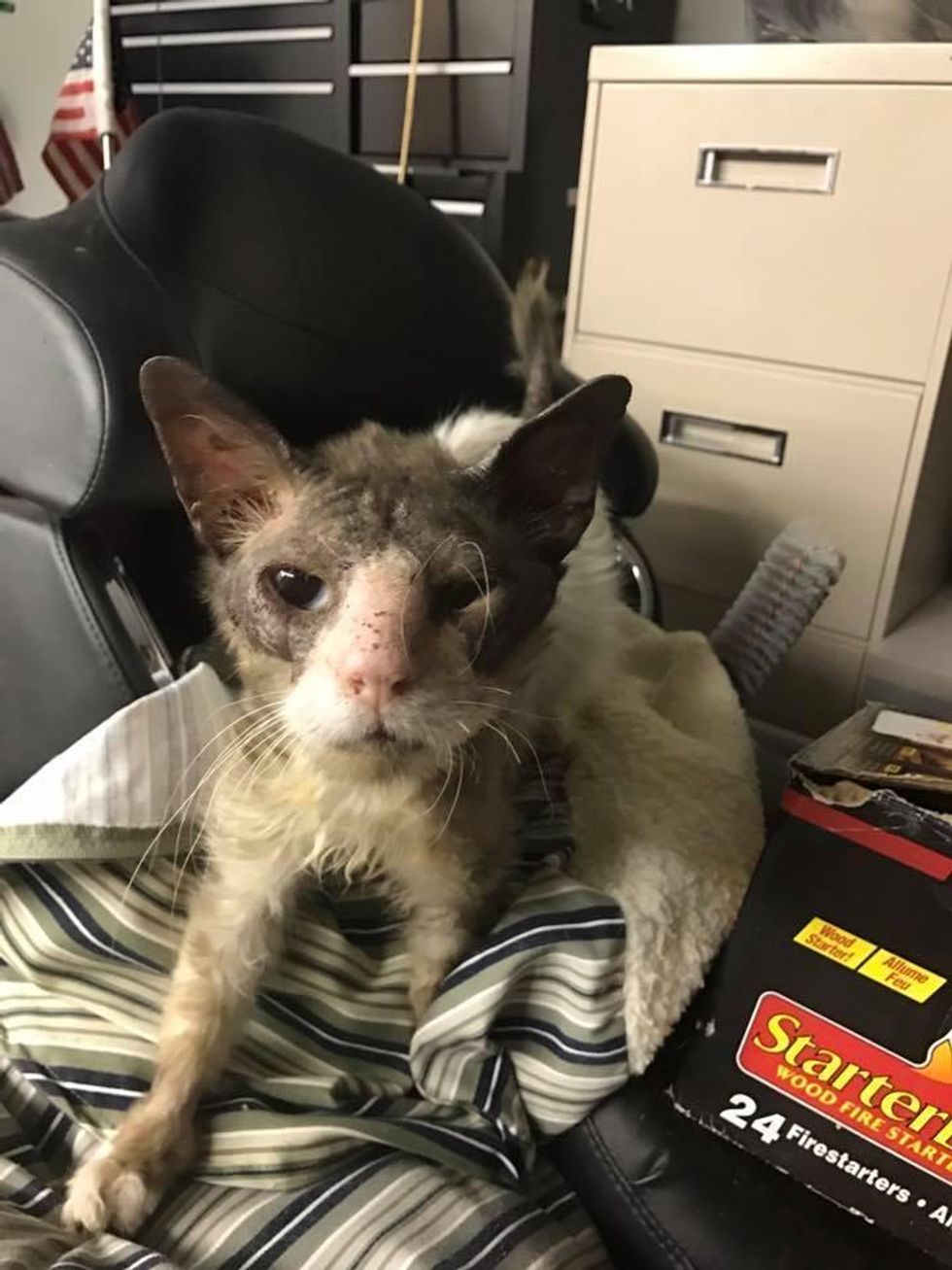 "Jacque has shown so much progress. I only sulfur bath him every couple of weeks, I bath him about once a week and I do spray him down if he starts to scratch his skin open. He is on a special diet, which along with his Lysine controls the symptoms of his FIV, and his hair is really starting to come back.

"For the most part he is almost back to being a perfect little happy cat." 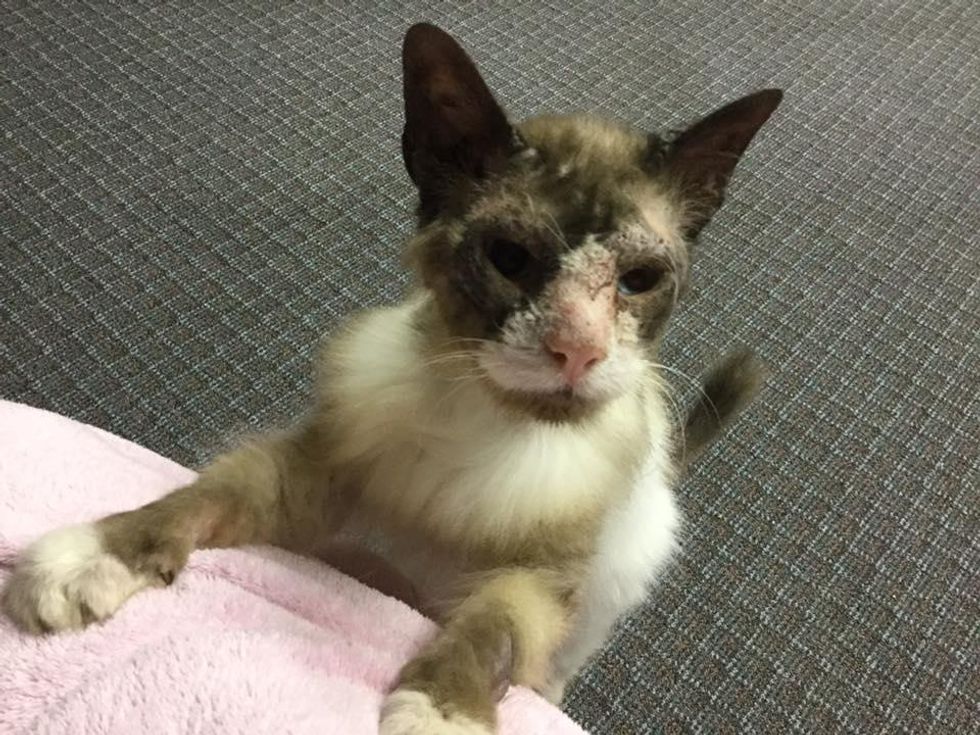 "Its been a very slow process but finally our little guy almost has a full head of fur. This has taken months of baths, wiping him down nightly with a skin med, special prescription diet, supplements, etc. but its been worth it.

"Jacque not once has complained about the constant treatments. He is the most loving little guy and really is ready for someone of his own. He is very affectionate. He will talk to you for hours and would love nothing more than to sit on your lap and watch tv all evening long. He loves to eat, he loves to have his head and chin rubbed and he loves to give head butts." 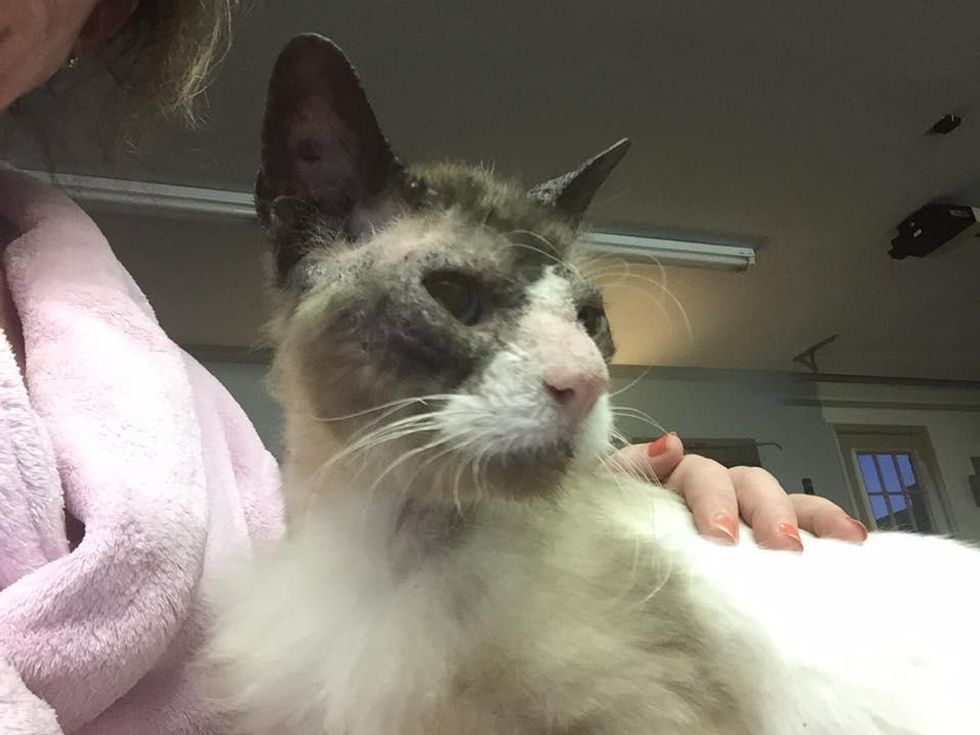 "I want him to have a home with someone that will continue to treat his allergies and heal his skin. I know many people have wondered why I don't keep him," Lisa told Love Meow.

"The answer is simple. There is another Jacque out there that will need me--I can't keep them all no matter how much I want to."

Jacque has come a long way. He is a happy little guy who has so much to give! 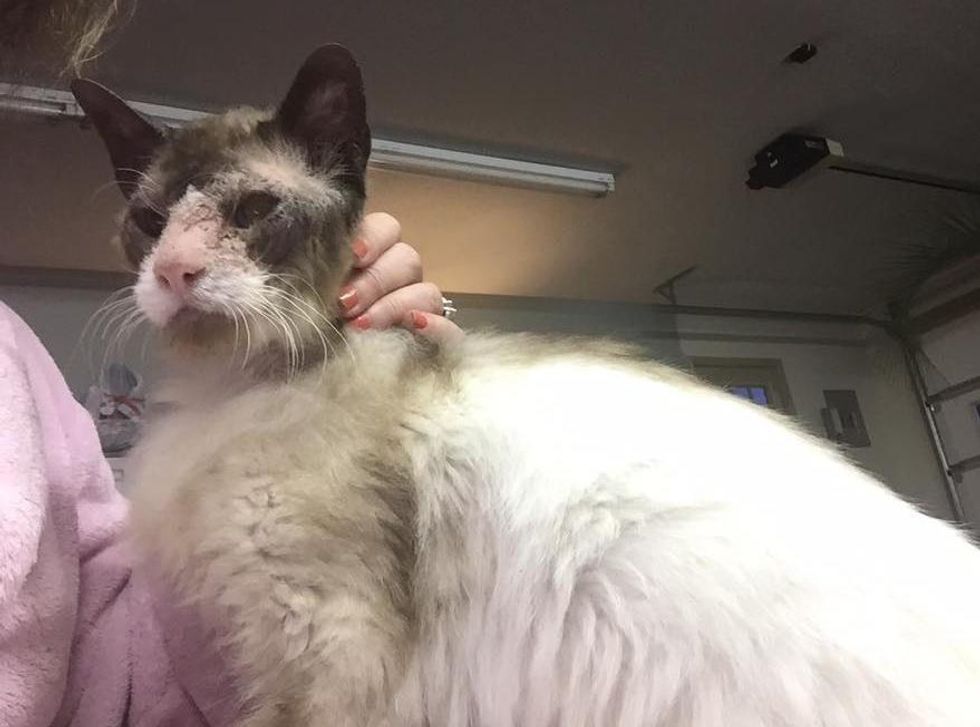 Related story: Cat Gets Help to See Again and Surprises Rescuers with His Gorgeous Eyes..