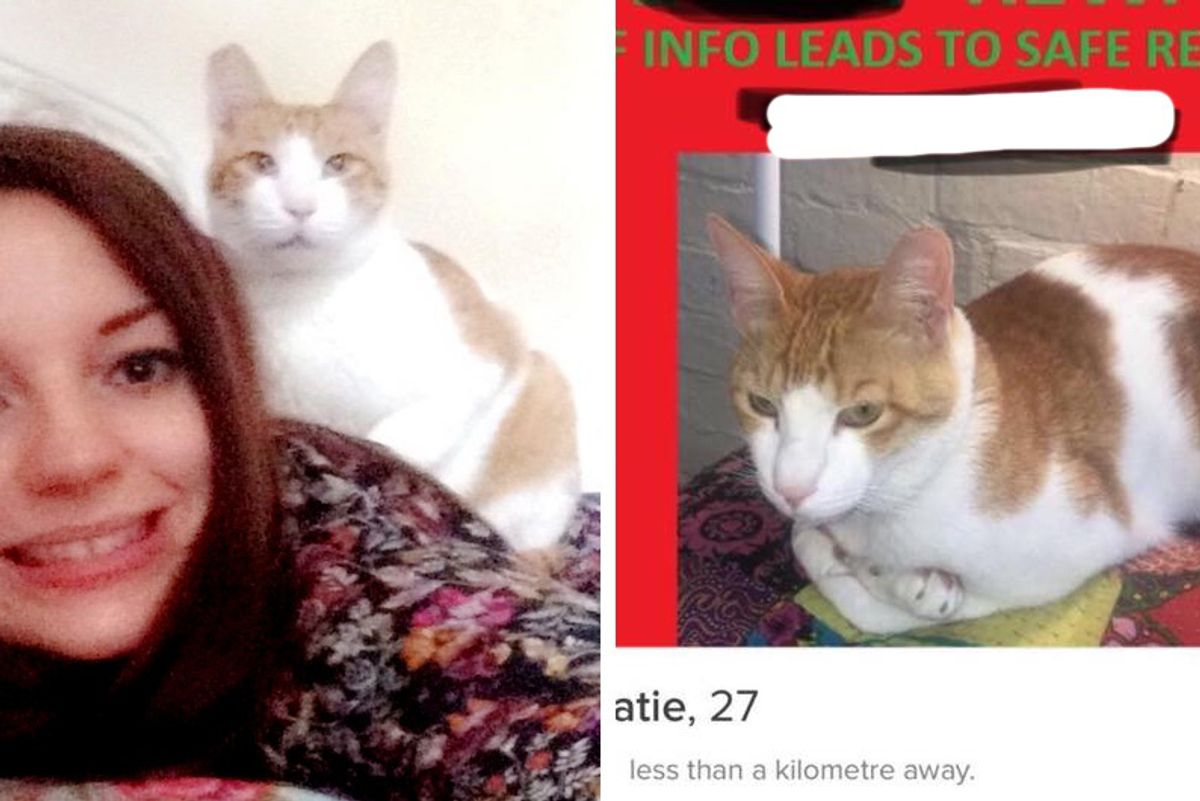 A woman from Northampton, England came up with an unorthodox way to track down her missing cat. She created a Tinder profile not for herself but for her kitty that she loves so dearly.

Peanut the mischievous feline escaped the house in a stealthy way last week. Katie didn't know how he managed to get out, but she was worried sick about Peanut's safety as there'd been news about a cat murderer in town.

Katie couldn't get her cat off her mind for a second. After reaching out to a local community for Lost Pets on Facebook, she started brainstorming for other ways to find her cat.

Suddenly, a light-bulb moment when Tinder came to mind.

Tinder is a dating app where people connect with other locals living in a certain distance, hoping to find their perfect match. Knowing that Peanut was within a certain vicinity from her house, Katie decided to get help from people around the area via Tinder.

"I set up a premium Tinder profile (which reaches more people) for him with a reward poster and someone spotted him in half an hour and told me where he was," Katie said via Facebook. "I had worried he was a victim of the cat killer or maybe went in the rubbish bins on collection day so was over the moon."

Turned out, Peanut was only a few streets away in an estate that Katie'd never expected. "I didn't know (it) existed, would never have looked there."

Katie rushed to the area and found Peanut once in the Tesco car park, but the kitty was startled and ran away. They didn't want Peanut to go further away from home, so instead of chasing him down, Katie used Peanut's favorite scents to guide him back to his house.

"We left smelly trails (cat litter, warm tuna, etc) from the estate to our house, and I heard him running around the front at 2 AM crying and confused," Katie said.

Peanut's profile received hundreds of matches. Locals were working together, keeping an eye out for the missing kitty until he was finally found!

Katie was overjoyed to see her beloved boy's return. Peanut was also relieved that his outdoor misadventure was officially over, and that he was back to his comfortable abode with all the familiar scents.

Peanut back to taking over the puppy pillow and loving the comfort of his own kingdom.

Related story: Woman Helps Lost Cat Find His Family Thanks to Message on His Collar