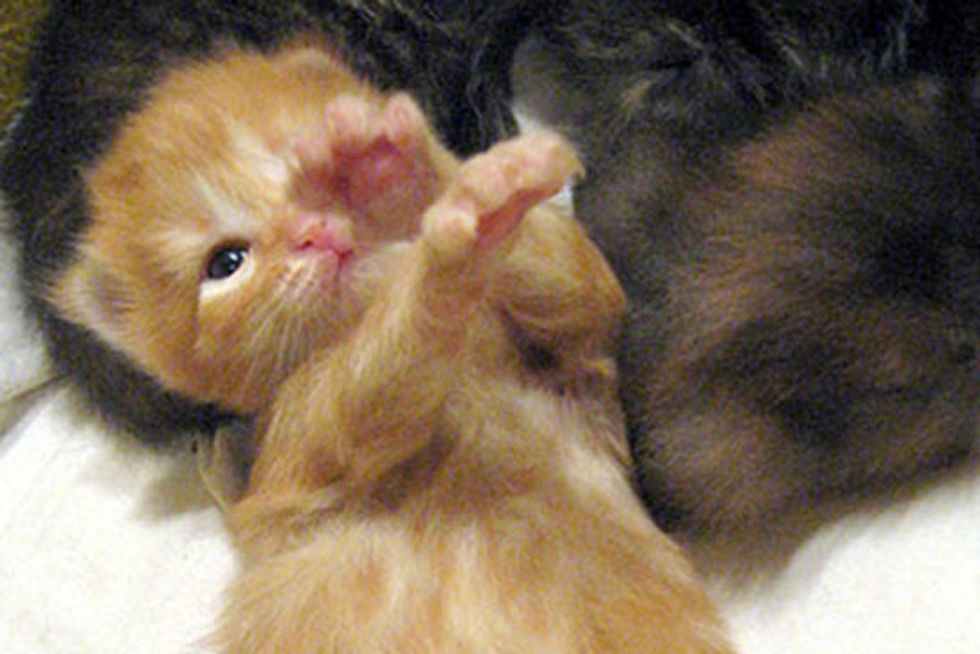 A stray cat turned up at Elyce Feliz's door steps one day. "She is one of the sweetest and most affectionate little cats I've ever come across," said Elyce. She named her Viva because she is a little diva.

As Elyce was trying to find her a good home, she noticed that Viva's belly was getting rounder each day. "It's not because we've been overfeeding her. She's pregnant," wrote Elyce on her flickr.

On January 10, 2011, five little furry babies were brought into this world. One of them was a little oddball named Zippy.

"Zippy is the only red-head in the litter of Viva's five kittens. She is usually first to wake up for dinner, and very feisty when claiming a spot on Mama's tummy.

She is the most vocal of the kittens. Her eyes began opening first, at just a week old."

"Zippy is the first kitten to get her curiousity and motor skills together and climb to the top of the laundry basket - she is ready to go exploring! In addition to being photogenic, she is one of the most active and responsive of Viva's kittens - she loves to have her tummy tickled ."

Zippy and her pillows

Zippy playing with her footsie

Which one is Zippy?

All grown up today!