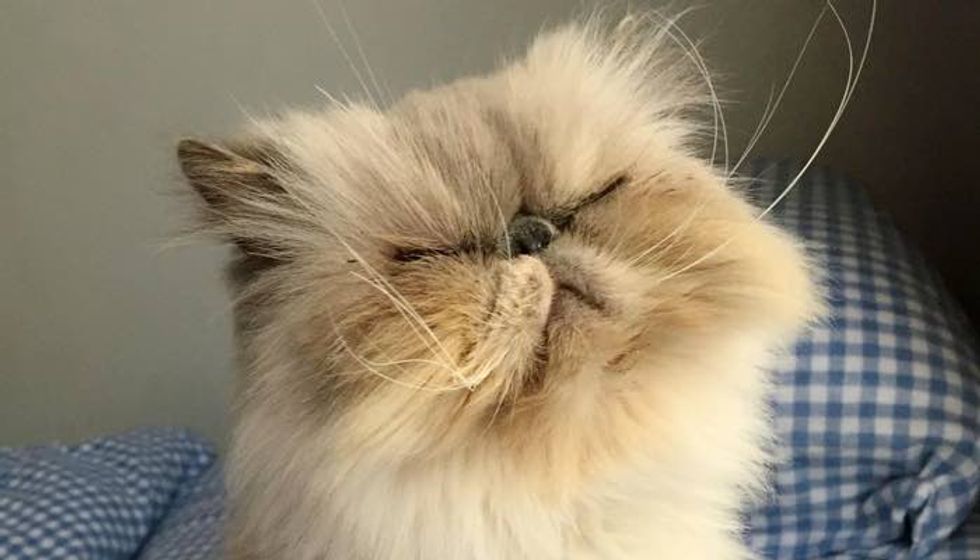 They thought this 14-year-old skittish rescue cat would spend the rest of her life in the shelter until the day she found the human she'd been waiting for...

"She's 14, and has had a (rough) life, but remains a super calm kiss face anyway. My life isn't perfect, but it feels good to be (partly) why this cat is happy now," reddit user orald said.

"The shelter/rescue place lady said she had just assumed she'd be keeping Agatha for the rest of her life. She didn't think she'd be adopted because (of her age). Also, she was super skittish and kept to herself. She hadn't sought out any other visitors before me, but was my silent companion while I was there making an effort to meet and play with the other candidates. The second I got her home - COMPLETELY DIFFERENT CAT. Full of love, and affection. She's transformed."

Before coming to the shelter, their plan was to adopt a cat that was a bit younger than their 13-year-old cat. "That cat was intended as company as I work and study a lot."

They had hoped a younger cat would help keep their 13-year-old cat young. "I played with all the cats the rescue lady had, but nope - the 14-year-old... I don't know how to explain it... picked me? That's how it feels that they pick you. You don't really get a say."

"She's one year older than my other cat, and she's acting heaps younger. Climbs everything. Hops and skips to you when you call her."

"I think a forever home has let her be her true self."