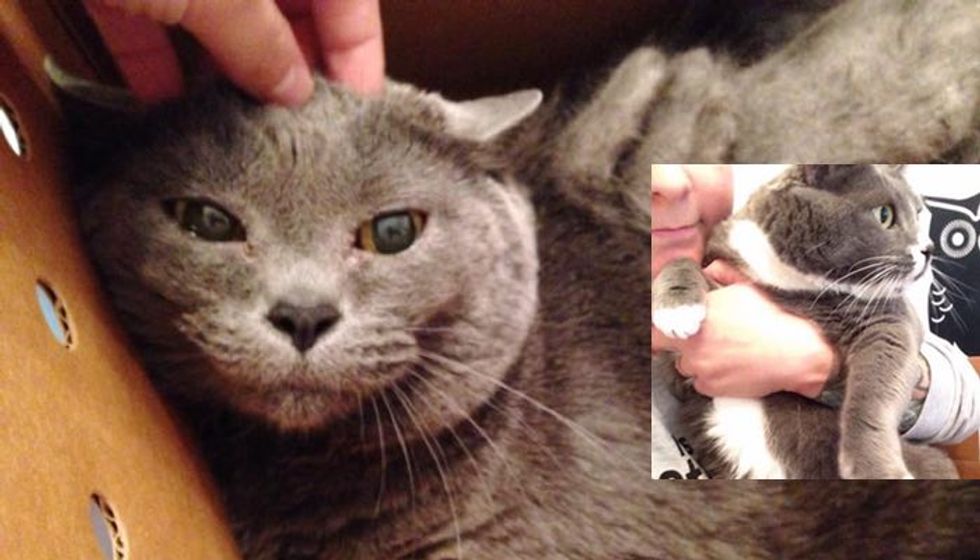 24 and 21 Year Old Cats were Given Up to Shelter, Now Find Home Together!

These two cats' combined age is almost half a century. The boy kitty with the white fur is 24 and the gray kitty is 21. They were given up by their owner to the shelter and their future looked uncertain until someone came to their rescue and gave them something they so deserve... 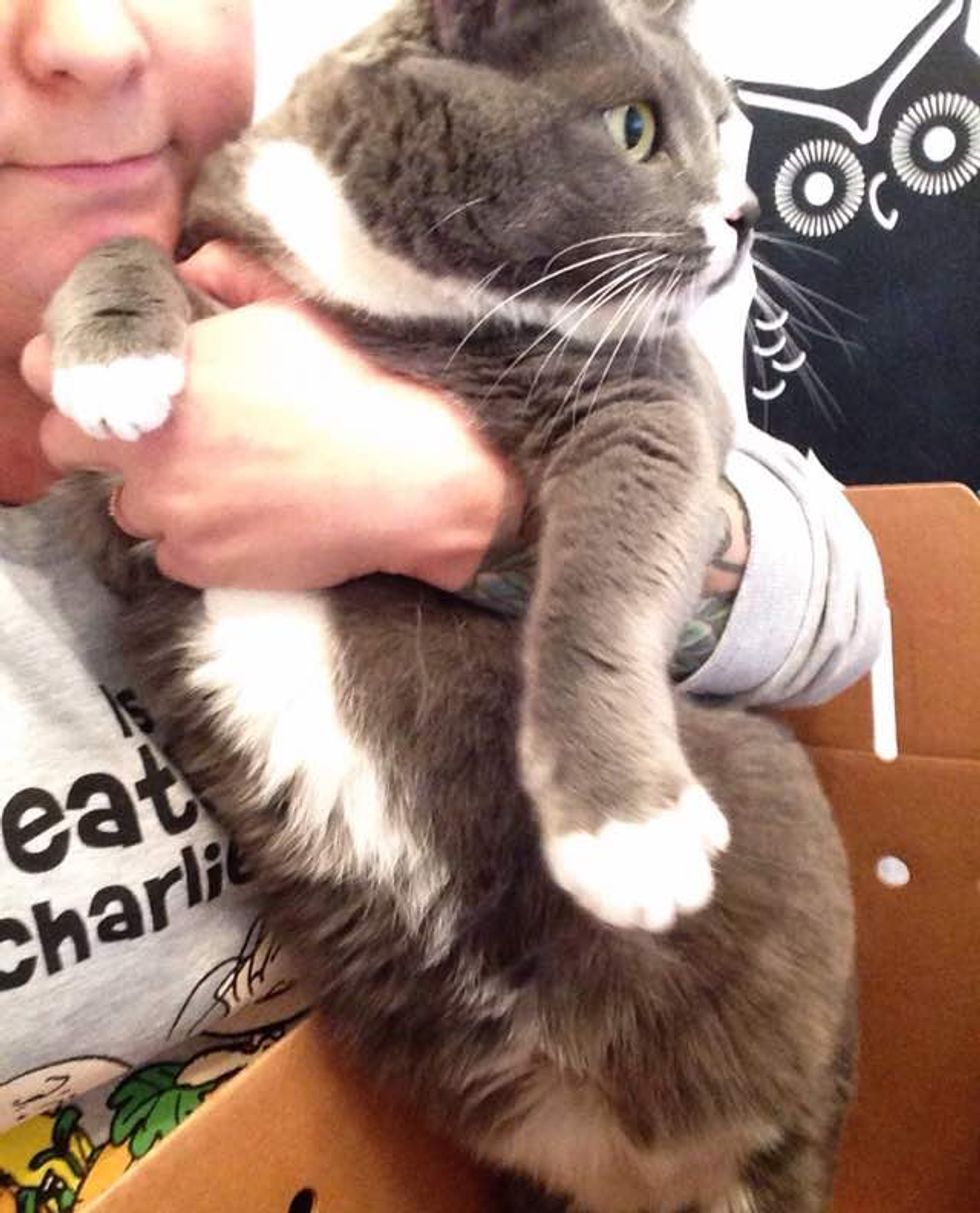 "They were surrendered to the shelter, no reason given. I'm told that the owner was young, gave vet records to show the age of the cats, and didn't give them names," Karyn Poplin of Kitty Adventure Rescue League told Love Meow.

"Their shelter names were Boy and Girl, and we've yet to name them. Not much history on these two overweight loaves, but for their age they look pretty great!"

"The cheeks on this 21 year old cat we took in are just ripe for poking." 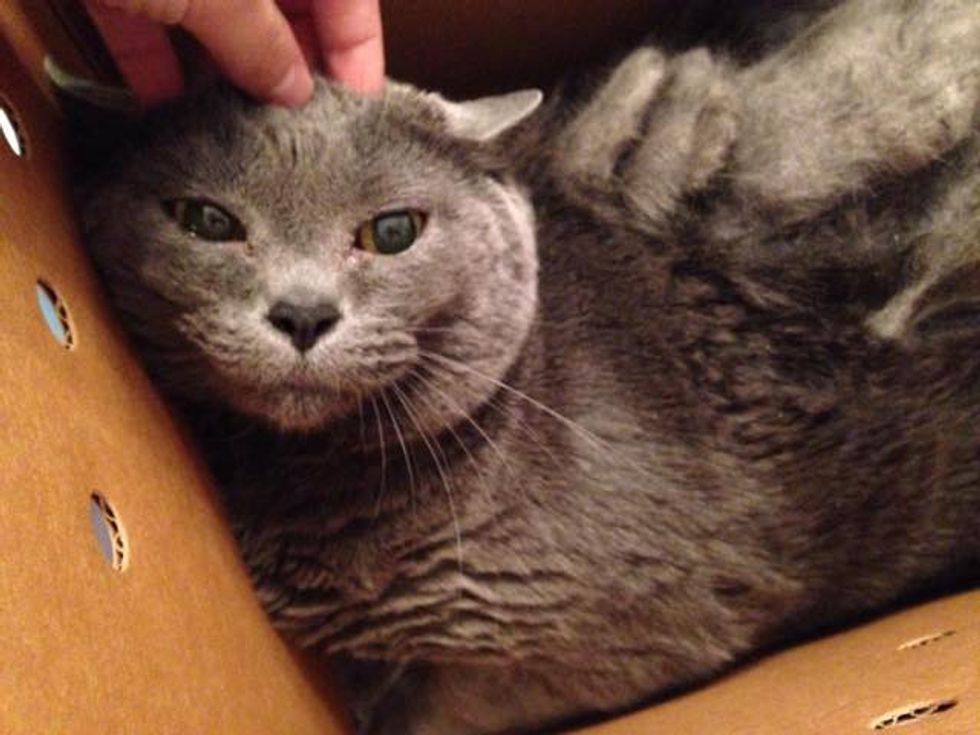 Senior cats don't always end up in good homes when they are surrendered to the shelter. "We pulled them from the shelter. That means, they generally don't do much past giving FVRCP and rabies as rescues generally cover the rest of the vetting if needed. We plan on at minimum a general followup with our own vet," Poplin added.

They also brought the cats to the kitty sanctuary at Kitty Adventure Rescue League, so that they can have a permanent home. 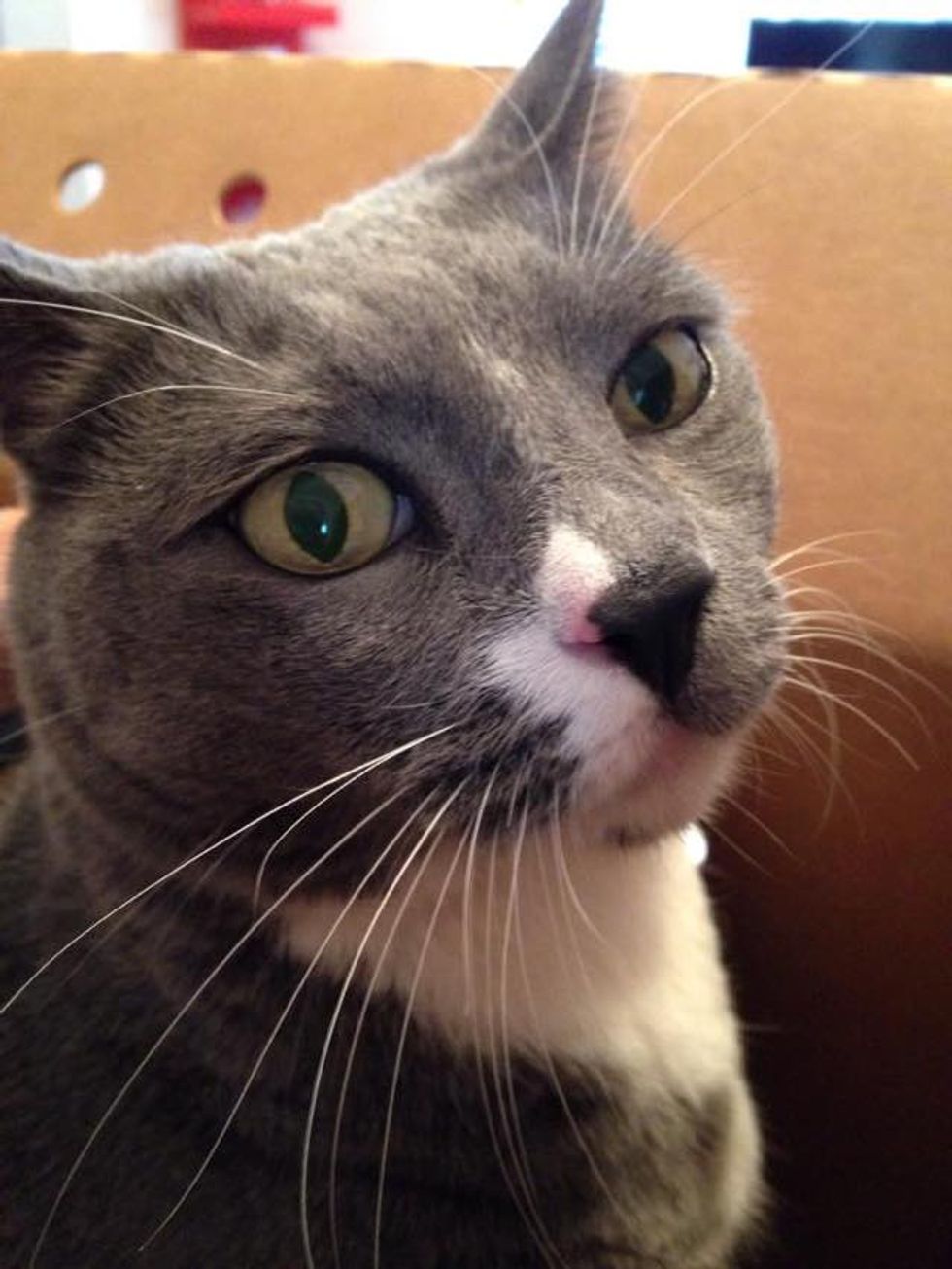 "The girl, the bigger one, really likes cuddling in bed with people. The boy enjoys jumping in windows and screaming for attention.

Both are gigantic, overweight love bugs." 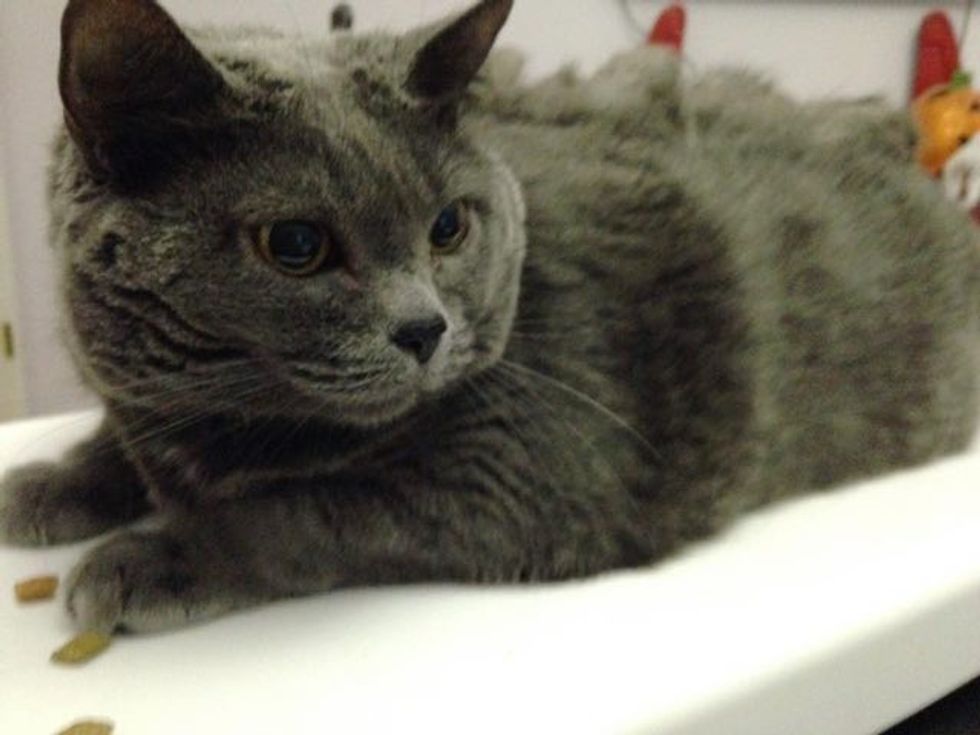 She had to be shaved. No more mats! 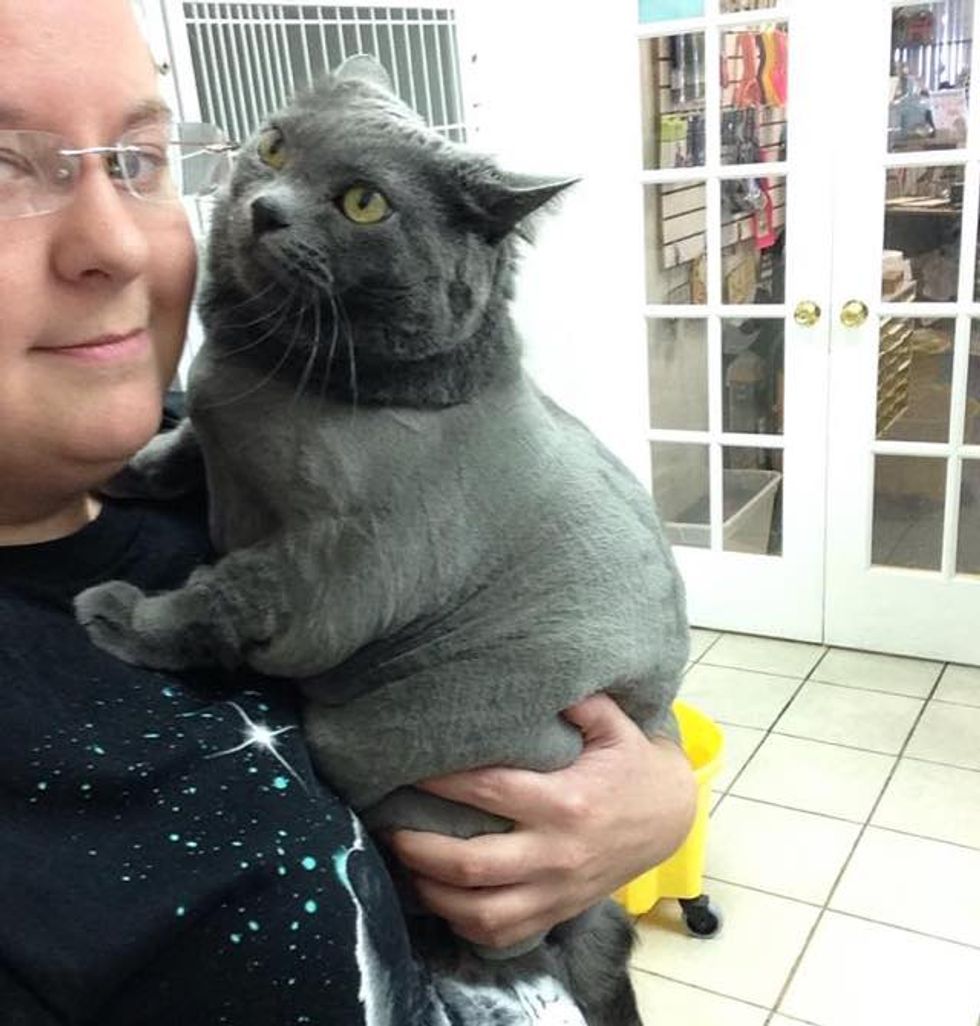 They are big kitties and love cuddles! 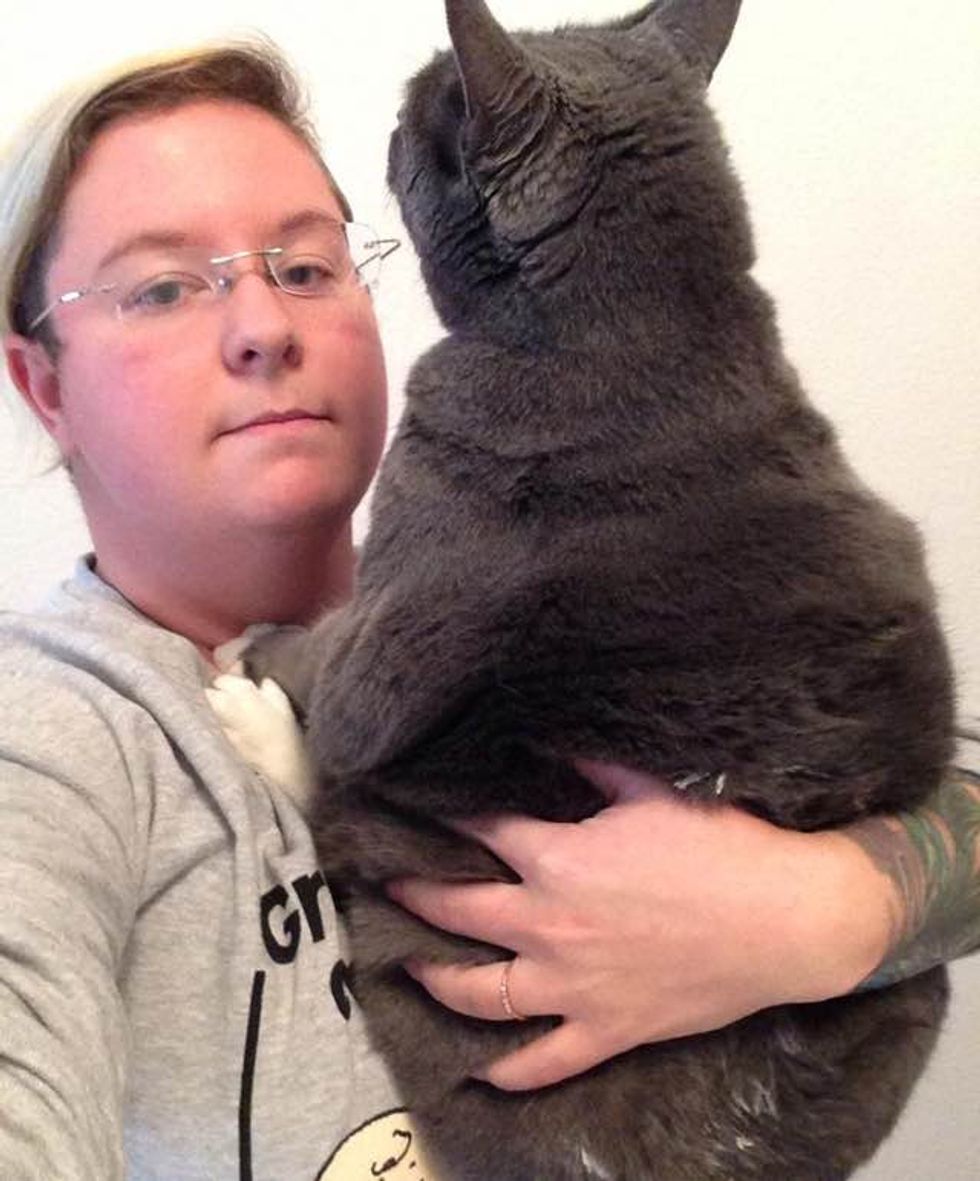 The two kitties are now spending their 20s in a place they call their forever home!

Help us name them! Share this story and help an older cat find their forever home!