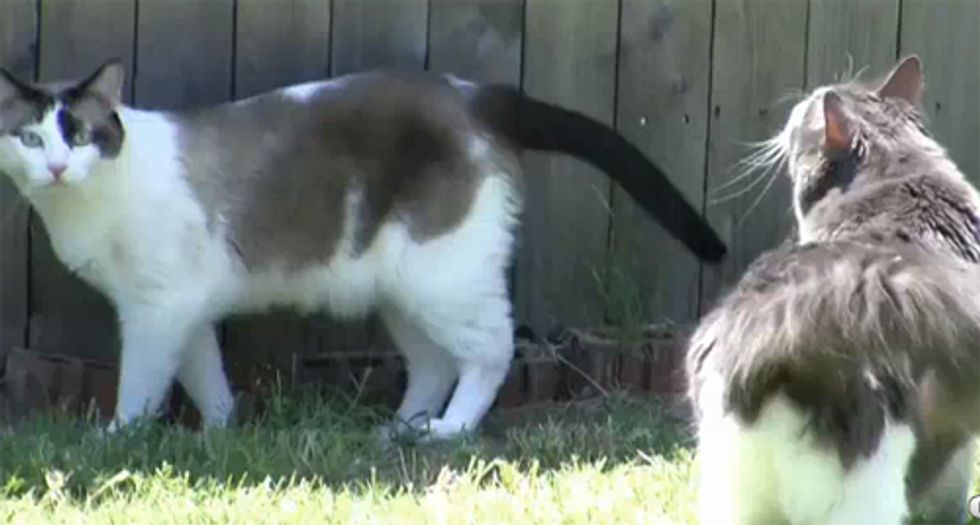 There are a lot of stereotypes about having cats. Many people think most cat owners are women, but on YouTube I have come across many cat channels that are created by male cat lovers. Believe it or not, most of the popular cats on YouTube are heavily promoted by male cat enthusiasts.

Conan the Kitteh! is created by iarecutekitteh who rescued Conan from the side of the road by his house. Conan is a lovable, feisty little one who has tons of energy and spunk. The channel has gained over 2,000 subscribers in only 3 months. Way to go Conan!

Bonk Bonk Bonk Bonk (Bonky) is an adorable orange Scottish Fold owned by Joe Vanawesome and his wife Tessa. The kitty has snatched more than 1.5 million views in the "I are Even Cuter Kitten!" video. With more than 9,000 subscribers, Vanawesome's kitty videos have gotten a lot of popularity on YouTube.

Otto and Egon are two beautiful kitties owned by Zack Scott (ZackScott channel). Zack is a comedian, so his videos are full of humor and cuteness from the kitties :-).

The famous Stalking Cat video has captured more than 6.6 million views. The little kitty from lowdope has his whole upbringing documented on YouTube from the moment he was brought into the owner's home till to date.

Klusmanp is a channel created by two engineers who co-own three adorable furry feline creatures. They have created an engineer's guide to cats to educate people (including engineers) about cats in a humorous way. It's a very nerdy way to show how much they love and adore their fur babies.

Though Simon's cat is an animated cat, the little feisty kitty has won millions of people's hearts from all over the world. The author of Simon's Cat has 4 kitties that he gets lots of his inspiration from. His first kitty inspired him in his Cat Man Do video which became an internet sensation shortly after it was released.

Mean Kitty also named Sparta owned by Cory Williams from the smpfilms channel. Cory wrote the Mean Kitty song - Hey Little Sparta - which became an internet meme with currently almost 30 million views. Cory has made 15 videos about his kitty who has helped garner thousands of subscribers.