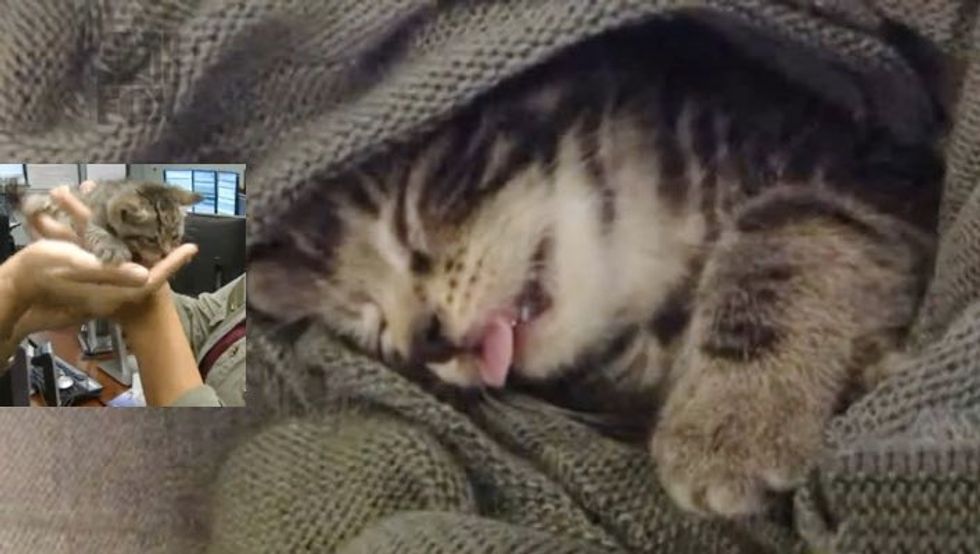 A group of 911 operators stepped in to save a litter of abandoned kittens. They went out of their way to get them help and find them homes.

A man called 911 for help after he found a litter of 5 abandoned kittens. from q13fox

Shauna Rogers, a 911 operator at Valley Communications Center, told q13fox.com that she received a call from a man who found a box with five abandoned kittens.

She quickly dispatched police to pick up the kittens, but she was thinking about them the whole time knowing that their animal control officers weren't on duty. "I was wondering what the officer is going to do with all these kittens. I could hear them crying in the background; you could tell they were very little."

911 operators stepped in to help when they received the call. from q13fox

She then offered to help the kittens and find them homes. But once they saw the kittens, they couldn't resist.

One of Shauna's co-workers, Sarah Campbell, adopted two of the kittens according to Q13 Fox News. "They cried, and I couldn't say no to them," she said.

Once they saw the kittens, they fell in love. from q13fox

"If you know people that have responded to a call that you've taken, sometimes you get to hear what happened. You get to hear the happy ending. But a lot of times, we hang up and we never know what happens."

All the kittens found homes with the 911 operators. from q13fox

They are thrilled to know that they will get to see the kitties and their pictures as they grow up.

The 911 operators gave credit to the person who called and the officer who picked up the kittens and brought them back to the communications center.

All five kittens have found their forever homes! Share this story!