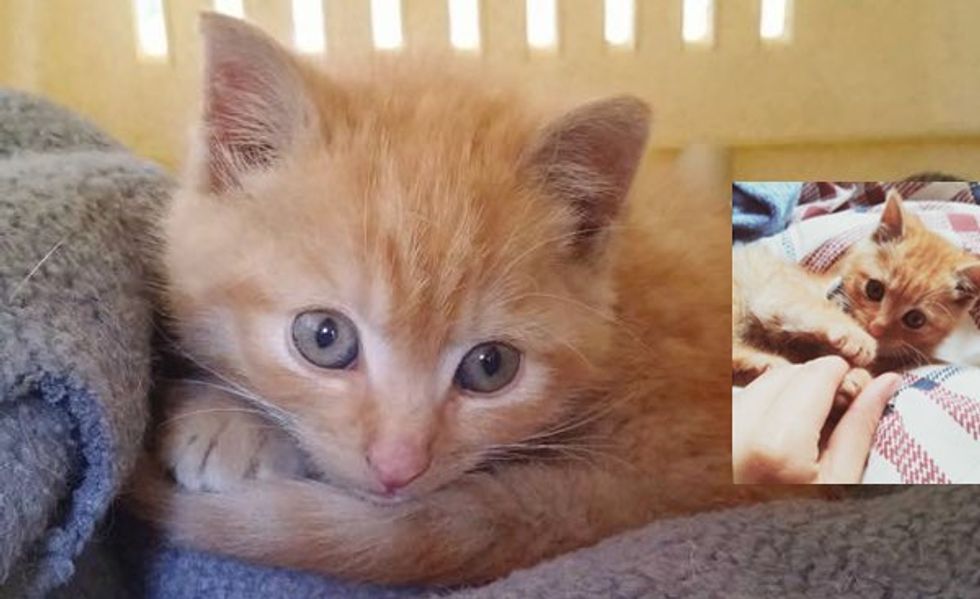 A Couple Spotted Ginger Kitten Wander into Traffic. They Ran to the Rescue!

A couple spotted a little ginger kitten wander into the traffic. They ran into the busy road to the rescue.

"Found this little (guy) about to wander into lunchtime traffic three weeks ago. Now (he's) taken over our house and our hearts," reddit user ajunglecruise wrote.

"Nothing will be as terrifying as that moment when you realise that tiny little fluffball is about to run straight into danger. I barely looked across the road before I ran across and snatched him up! terrifying but very, very rewarding," she added.

The kitty was very scared when they picked him up. "(He was) constantly meowing and crawling all over our arms and shoulders, trying to get away. It was only when we got him into bed and cosy with the lights out did he calm down and sleep for hours - a lot longer than we now know he would usually sleep for."

Initially they thought the kitty was a girl, and named him Nala. "He had us deceived - Finally took him to the vets - we found out Nala is actually a little Simba and she estimated about 3 months, we found him when we was just reaching 2."

Little Simba is quite a talker now. He tells his humans stories in his sleep and is always meowing when he wants a cuddle.

"He seems to be very attached to my boyfriend already - he was the one who brought him back to the house (I had to go on to work) and stayed with him for the first couple of hours," she added.

"Now he's taken over our house and our hearts!"