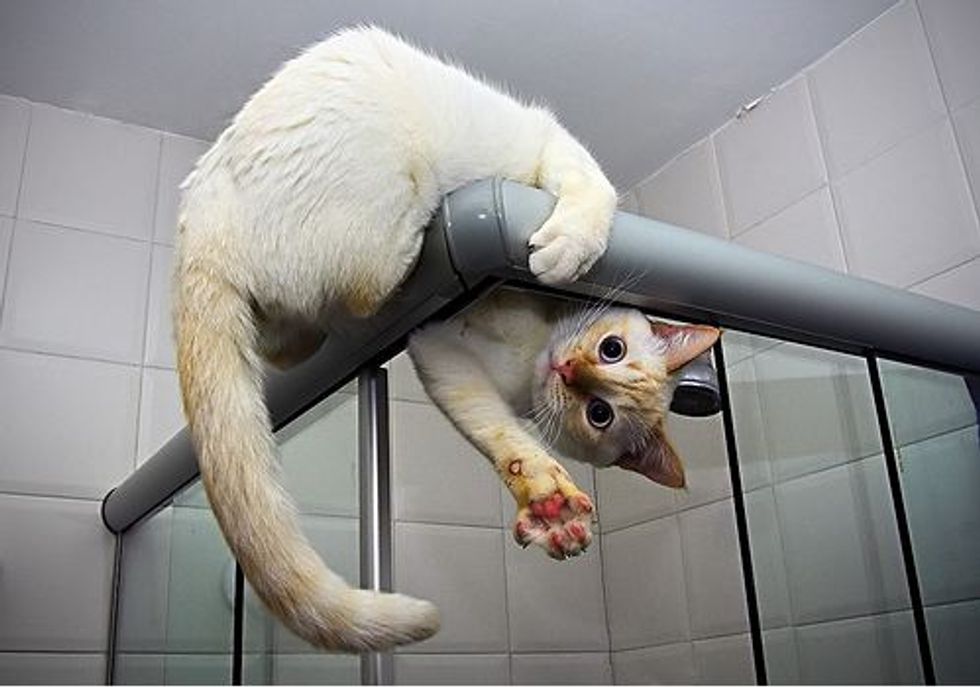 A Family of Eight

Along the years, 11 cats have shared our apartments. In the beginning there were the Two Brothers, Obelix and Psi. Later Pim arrived, rescued from Gloria Marina where we found her injured. The vet advised us that she should stay home and be cared for for a couple of weeks. She's still with us today.

Psi passed away before I got my first digital camera. Obelix lived a little longer, but went ahead in 2006. Only Pim remained. Those were peaceful times.

One fine afternoon, a Burmese named Mikita arrived in the apartment. She was not treated well by her previous owner. However, after she came to us, she adjusted quickly in her new home and put on some weight.

Soon we began to suspect that she might be pregnant. She must have mated a couple of days before she arrived. And sure enough, 8 weeks later, she gave birth to six kittens: Yami, Yuki, Mizu, Nunki, Panda and Pandora.

I did not want to give away the kittens singly. I wanted to give them away in pairs, but none of my friends wanted two cats, so we ended up keeping them all.

Photos courtesy of ©Jim Skea. Check out more photos of these kitties here.

Nunki shows us how to get down from the top of a shower stall. | photo by ©Jim Skea
storyjim skeafunny cat picburmese catrescued catscatsnews article
Subscribe to Love Meow Newsletter for more cat stories
Popular Stories
popular