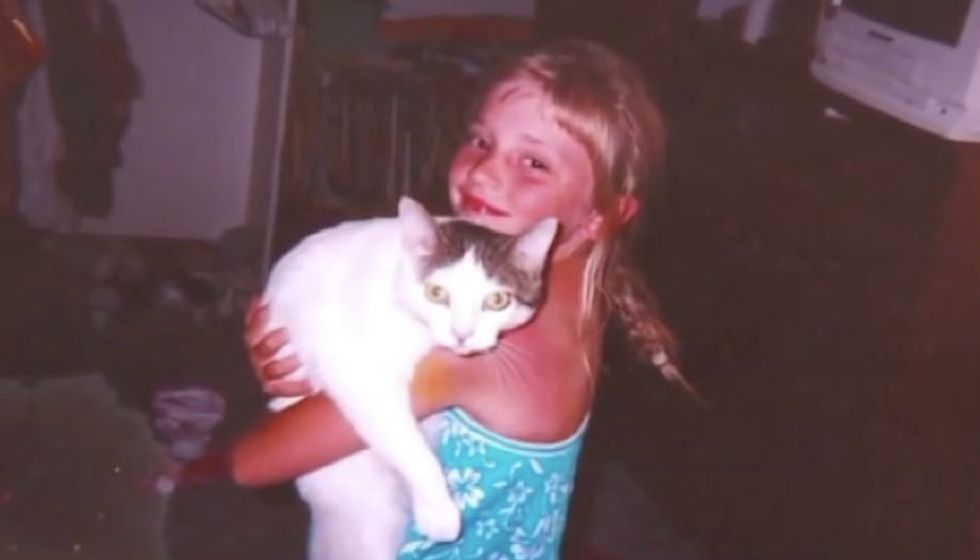 After 14 Years, Cat Found His Humans Again in a Happy Reunion!

After 14 years, this girl, now a mother, finally reunited with her beloved cat, Ralph who disappeared more than a decade ago.

Jill Petticord adopted Ralph as a kitten from an animal shelter back in 1998. They were inseparable. "She carried him around. She did everything with Ralph," Rita Korn, Jill’s mother said.

However, three years later, Ralph went missing and was nowhere to be found.

Last week, they received a phone call from an animal shelter, saying they had found their cat. "I'm going, 'I don't have a cat,' and they said, 'Yea, you do,'" Rita said.

When Jill went to the animal shelter to see Ralph, "(he) kind of turned his head sideways, and his eyes perked up, and I said, 'Oh my gosh that's my kitty," Jill said.

The family is working to get Ralph healthy again. "I am just glad that he gets to finish out his life with me and not somewhere out on the streets."

What an amazing reunion. Share this story with your friends!