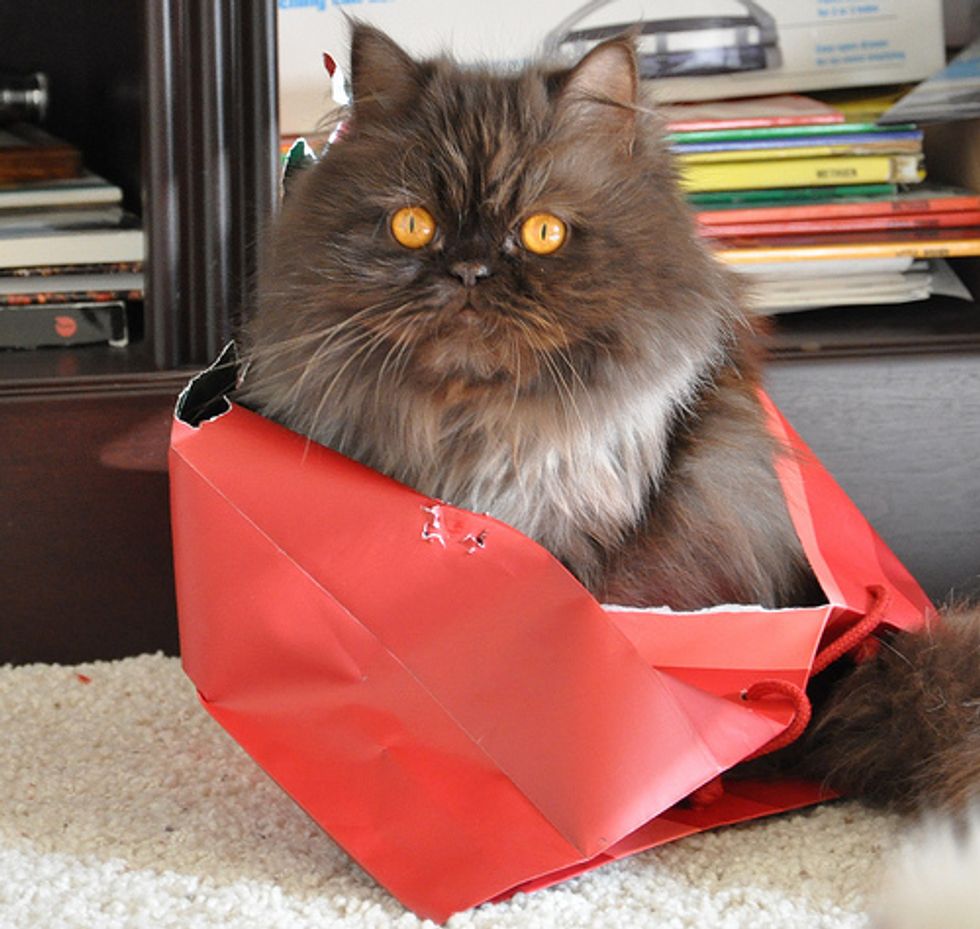 We really weren’t planning on bringing anyone home yet, but as soon as he (Bailey Bear) saw me at his foster mom’s house, this little boy decided that he was going to be mine and would not take no for an answer!

We adopted Bailey Bear from a rescue group called Purebreds Plus Cat Rescue (PPCR) in December 2009 when he was 1.5 years old. He had originally come into rescue sometime in 2008 when he was a tiny little kitten, and got adopted right away by someone. Unfortunately 3 weeks later, he was returned "because he was too wild." He then stayed in foster care for a while and got adopted again a few months later...this time, everyone thought that he had found his forever home, but one year later, he showed up in a local shelter after being left there by his owner! Since he was microchipped, he was eventually traced back to our rescue and one of our foster moms rushed over to get him out of the shelter and back in foster care...and that's where I met Bailey Bear and fell in love!

I had originally gone to his foster mom's house to see a different kitty, but Bailey Bear took one look and decided that he's coming home with me and wouldn't take no for an answer :-) So my husband and I brought him home and he has filled our house with so much joy and laughter that we can't imagine life without him. He is such a funny little guy, so full of joy and happiness, lives life to the fullest and enjoys every minute of his day. He runs around creating chaos and getting into all sorts of mischief, but he is so sweet and looks so innocent that we just have to laugh at his antics. He loves his kitty brothers, especially Mishka, who is his playmate and wrestling buddy! He is also very respectful of our older kitty, Gambino, and knows that he has to be very gentle around him.

Bailey Bear also loves people, especially children...he's the first to come running to the door when we have visitors, and everyone who comes to our house wants to take him home! He is also a proud member of LapCats, a program run by one of our local rescues (Folsom Felines), where we take cats (and Chloe the dog), to nursing homes to visit with the elderly residents. Bailey has been part of this program for the last 6 months and he provides a lot of entertainment and laughter during our nursing home visits!

Last but not least, I have to mention his amazing talent...he can be in the deepest sleep, even in a coma, but if he hears the sound of the refrigerator door opening, he instantly appears out of thin air, stands right next to the fridge, always optimistic and forever hopeful that a little piece of chicken or tuna or turkey will find its way to his mouth :-)