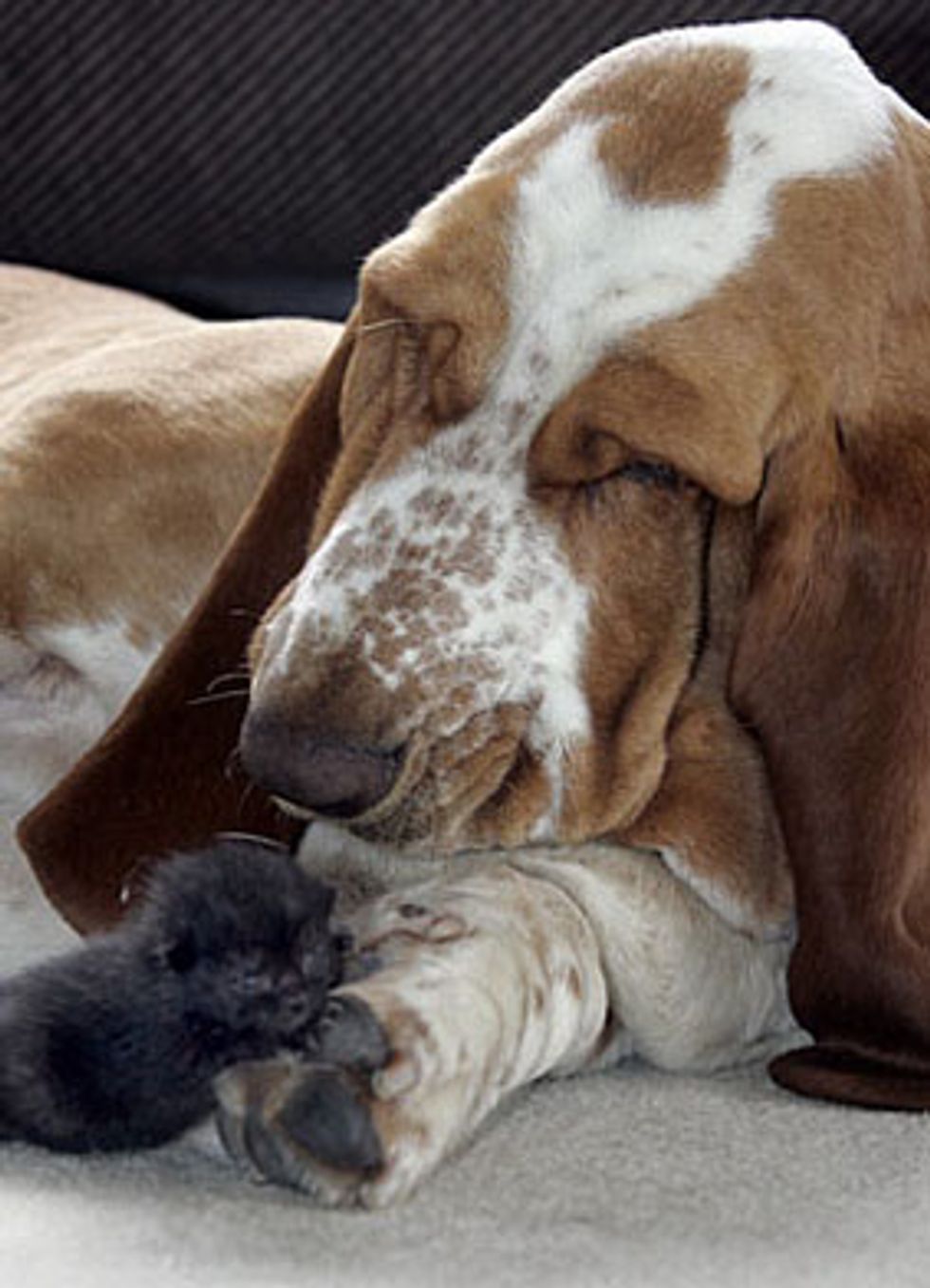 Elizabeth May, a veterinary nurse from New Zealand brought home a litter of eight-day-old kittens, intending to bottle feed them around the clock. May is an animal lover who has three cats, three dogs, a bird and two fish tanks.

On the second day when she was bottle feeding the kittens, she noticed that her basset hound, Jezebelle, was taking interest in the kittens. Not sure of her intension, May was initially worried about the kittens until Jezebelle rolled around into a submissive position and allowed the kittens to suckle her.

"She started licking them and I noticed that one of them actually latched on and I figured out she had milk." However, Jezebelle has never had any puppies nor has she been mated.

May mentioned that Jezebelle was "really soft-natured and very maternal" toward the kittens. "She cleans them and is protective. I had the bird out the other day and he landed among them and she just about ate him. Jezebelle's not interested in letting anyone else near them."

(Note: a female dog can produce milk without being pregnant. Sometimes it's due to a false pregnancy where the dog's body thinks she's pregnant.)