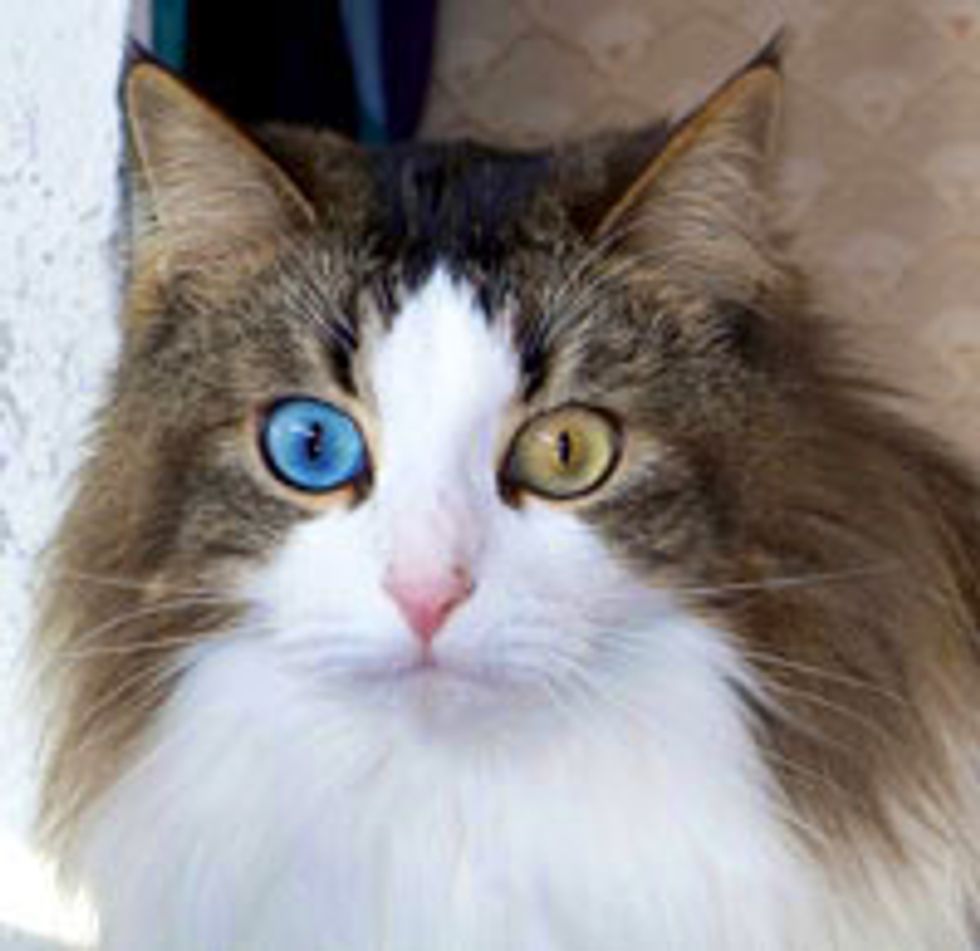 This is Malibu, my beautiful almost 2 year old kitty. On a typically hot July day in 2009, I had to rescue her with the help of my brother. She was petrified, as one would expect of a young kitten who found itself alone and lost, and she sought out safety in the form of a car engine. Unfortunately, all she did was endanger herself further by becoming very tightly trapped. My brother, who works on cars, had to go from the bottom up removing parts until she had enough room to wiggle free. She had lodged herself under a part of the engine that couldn't be removed so it was very tricky. When he removed the right part, she dropped down and ran straight to the house where I somehow managed to corral her. She wasn't too pleased about it. I still have scars from trying to catch her that day!

When we rescued her she was a very frightened, skinny, flea-ridden, "runty" looking kitten. She really wanted nothing to do with us at all and would lash out if we tried to get near her. She behaved a lot like a feral cat does when they are first caught. For the first week, she would retreat to her box and stare at you suspiciously if you came in the room, and keep one eye on you when she was eating. I can't say if she was feral or not but it was clear she had no prior contact with people. She did not trust us at all.

I began to try to get her used to being close to me, offering her toys and venturing near her while she was eating. She started to get more and more comfortable until she just realized "hey, you guys aren't that bad!" and that's when she started to desire interaction with humans and behave like a normal kitten. She would demand attention and wanted to jump on laps and cuddle. She just had to overcome that lack of trust to show her true personality.

She has grown to be very tolerant and unflappable in a wide range of situations. I don't think she has a mean bone in her body. That personality, I believe, will enable her to be a therapy cat. People seem to love her uniqueness and I enjoy talking to others about how she had a rough start to life and grew to be the cat she is today. I think she could be an excellent poster cat for street kitties! We have a very close relationship. I was the first person to touch her, feed her, play with her, and cuddle with her. The day I found her was the one year rainbow bridge anniversary for my cat Tiger who had to be put down due to heart failure. I had actually forgotten about it amidst all the hustle and bustle and when I realized it months later it gave me I couldn't believe it. I really think we were meant to find each other.

How lucky I am to have found such gem of a cat in one of the most unlikely places!