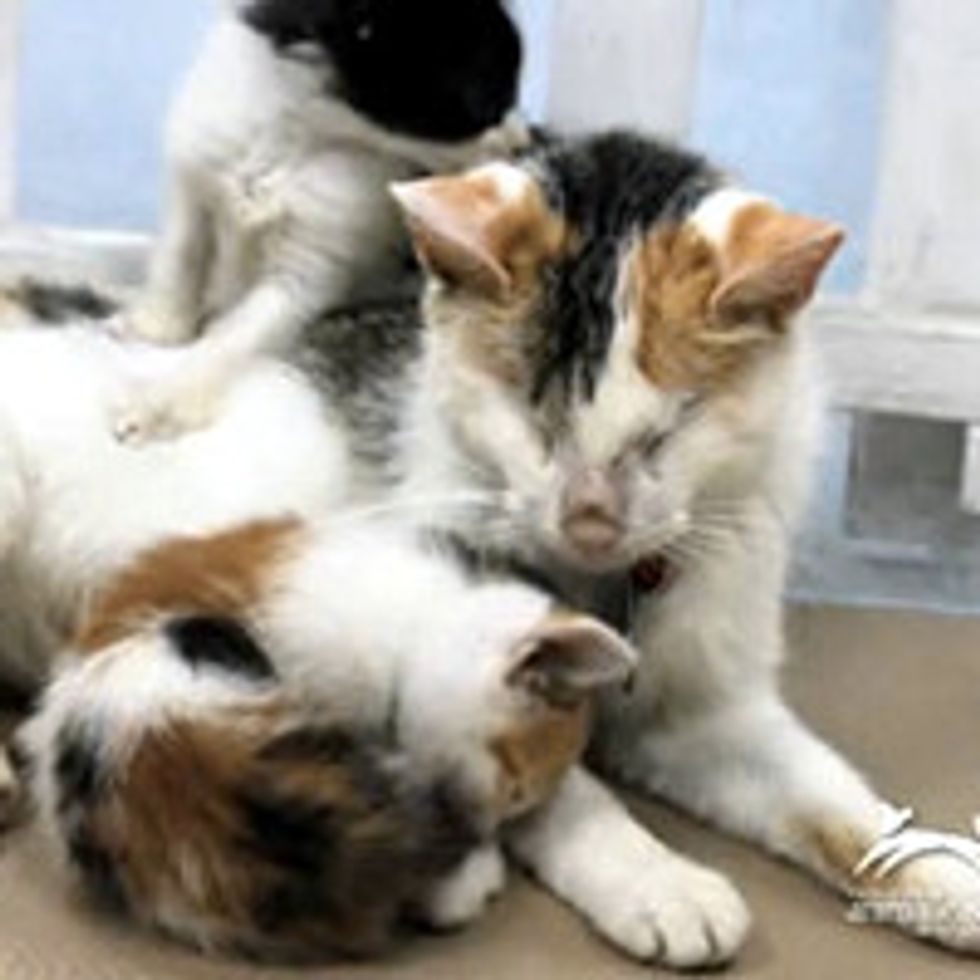 A blind cat Kitna and her four tiny kittens were found in a junkyard. Though the mother cat couldn't see, she was devoted to her kittens, nursing her newborns and raising them the best way she could. A good Samaritan rescued the furry family and brought them to a shelter.

"Kitna is a blind mother cat originally discovered in New York nursing a litter of newborn kittens. Whether Kitna was abandoned blind, pregnant and alone we will never know. Someone brought Kitna and her kittens to an overcrowded shelter where she was almost euthanized. That's when we stepped in to save Kitna's family," North Shore Animal League America wrote on Facebook.

When they arrived at Animal League, the vet gave the cat momma a diagnosis for her condition. "…Kitna suffers from microphthalmia, a congenital disease characterized by a small or absent small eye. Both of Kitna's eyes are affected, which means she is blind," Animal League wrote on their website.

Kitna is otherwise a happy and healthy cat, but removal of her eyes may be necessary in the future to prevent infections and pain.

"Our medical and nursery teams have been tenderly caring for Kitna and her babies, and they are deeply moved by the mother's devotion to her young ones. Despite her disability, she is a very loving and attentive mom, and the kittens are flourishing," the shelter added.

Kitna the cat is blind, but she is completely devoted to her kittens.

"When Kitna is out in the playpen she likes to stand up and reach her paw out to our staff for attention. She loves being held and gently stroked behind her ears, it makes her feel secure and lets her know people are there for her."