9-year-old Boy with Autism Breaks into Tears When He Reunites With Cat, His Best Friend

A 9-year-old boy with autism broke into tears when he reunited with his missing cat who means the world to him. She's his best friend and his joy.

Meet Autumn the cat and her human brother Austen. 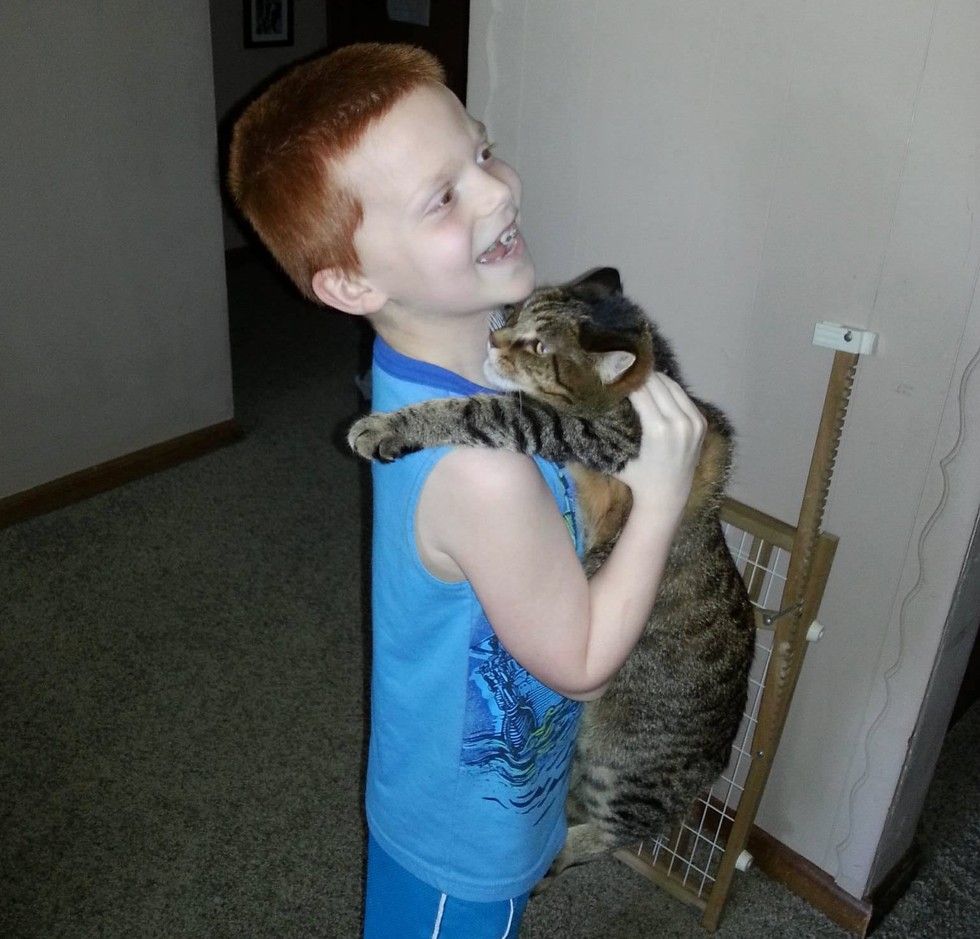 "I used to work for a veterinarian and one morning (years ago) one of my co-workers and I got to work to find a box of kittens and their injured mom," Angela Davis told Love Meow.

"Autumn (the cat) was the only female and I was instantly drawn to her." She brought the kitten home one day. When Austen met Autumn, the two just hit it off.

Soon they became inseparable. "She would let him carry her around and love her."

Austen was later diagnosed with Autism and ADHD, along with some sensory processing issues.

The tabby cat is always gentle and loving to her human brother. "No matter what his mood was Autumn always puts up with him. She has also been a great help in showing him how to treat animals. She lets him know when enough is enough, but would never hurt him," Davis told Love Meow. 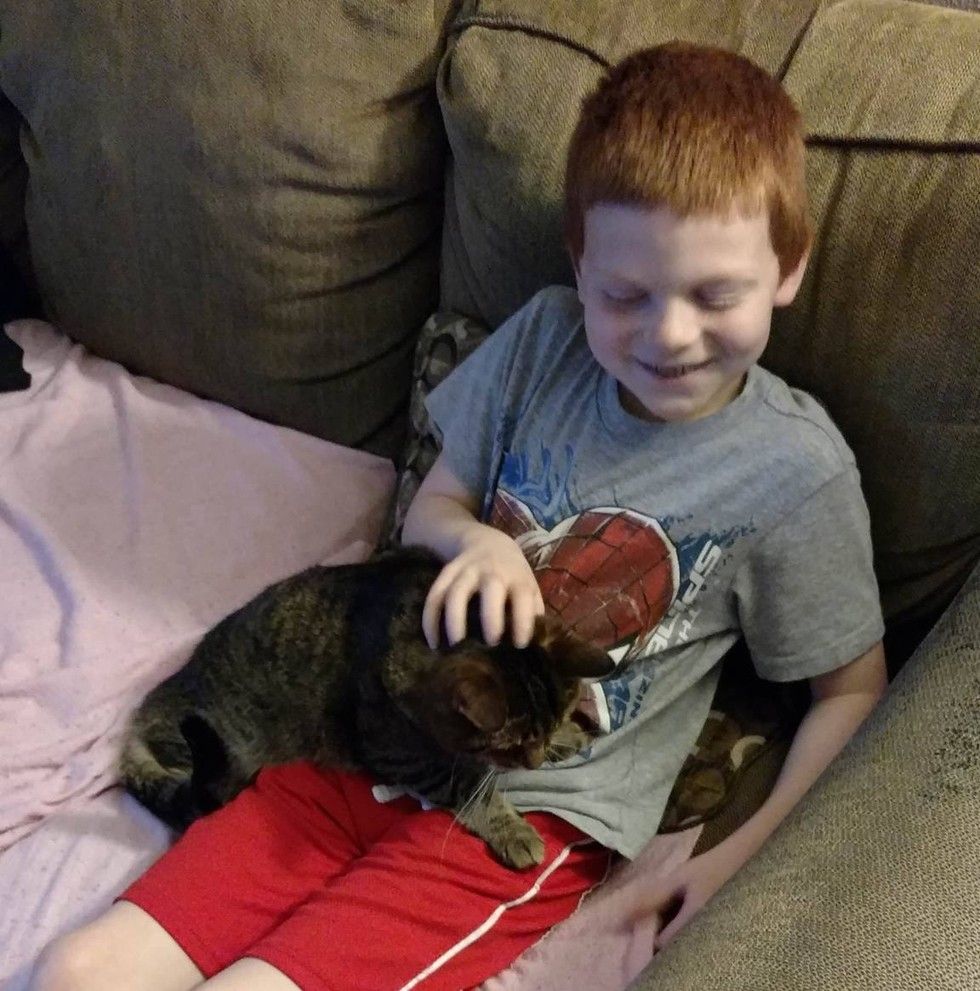 "With his autism Austen can be very particular with his things and Autumn is his. He absolutely loves cats and she is special to him."

Every morning, Autumn wakes him up by licking him, head butting him and cuddling with him. 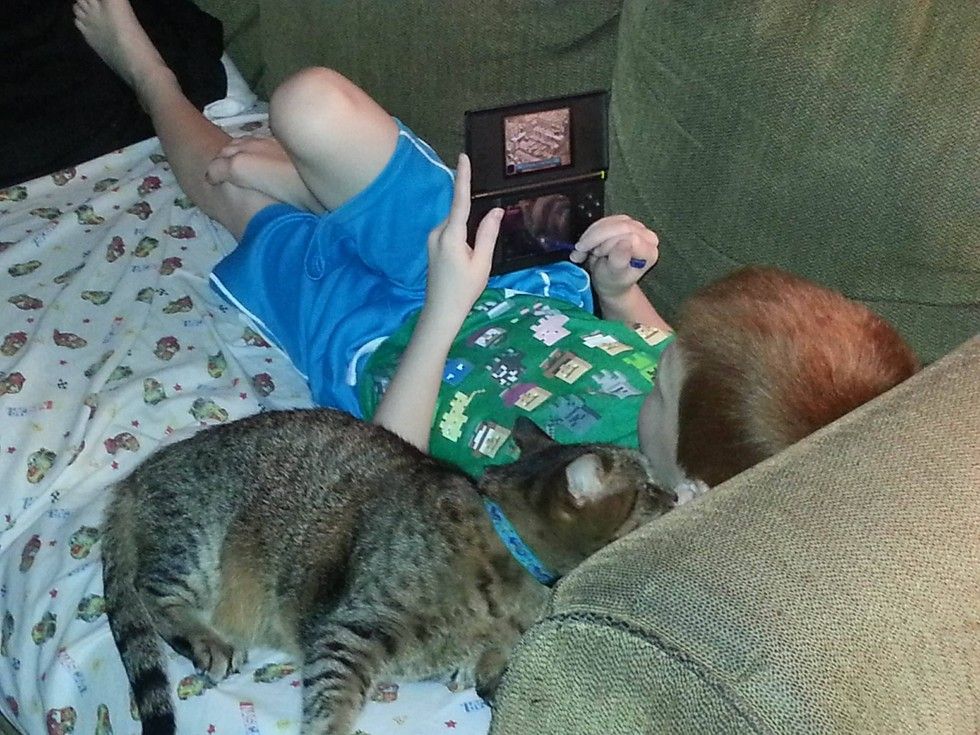 That night, Davis noticed that their cat wasn't at her usual spot, but didn't know for sure until the next day.

"I searched my house, searched outside, talked to neighbors and no one had seen her. I spent two days trying to find her," Davis told Love Meow. 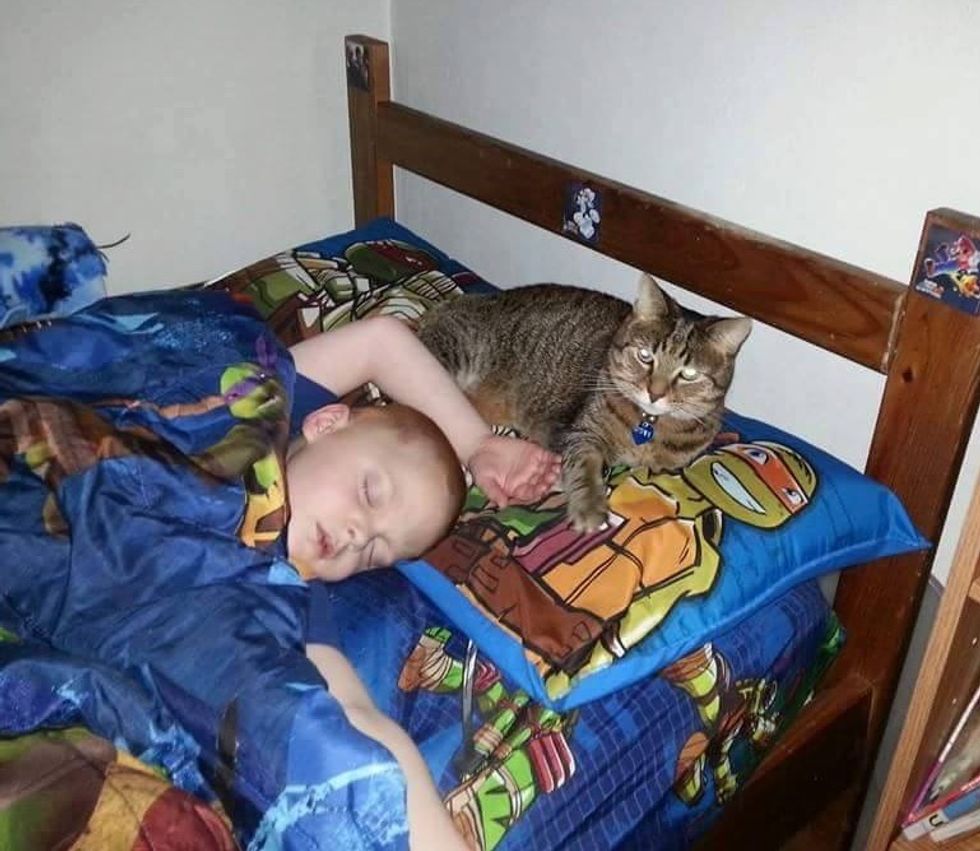 Austen was more than devastated. "He cried himself to sleep, and spent several days just crying off and on for her. He also became physically sick and missed the whole week of school," Davis told Love Meow.

"I was getting desperate, I was worried that he would start withdrawing into himself. He was heartbroken over her being gone. He kept asking when she was going to come home or would cry because it was his cat that was missing..." 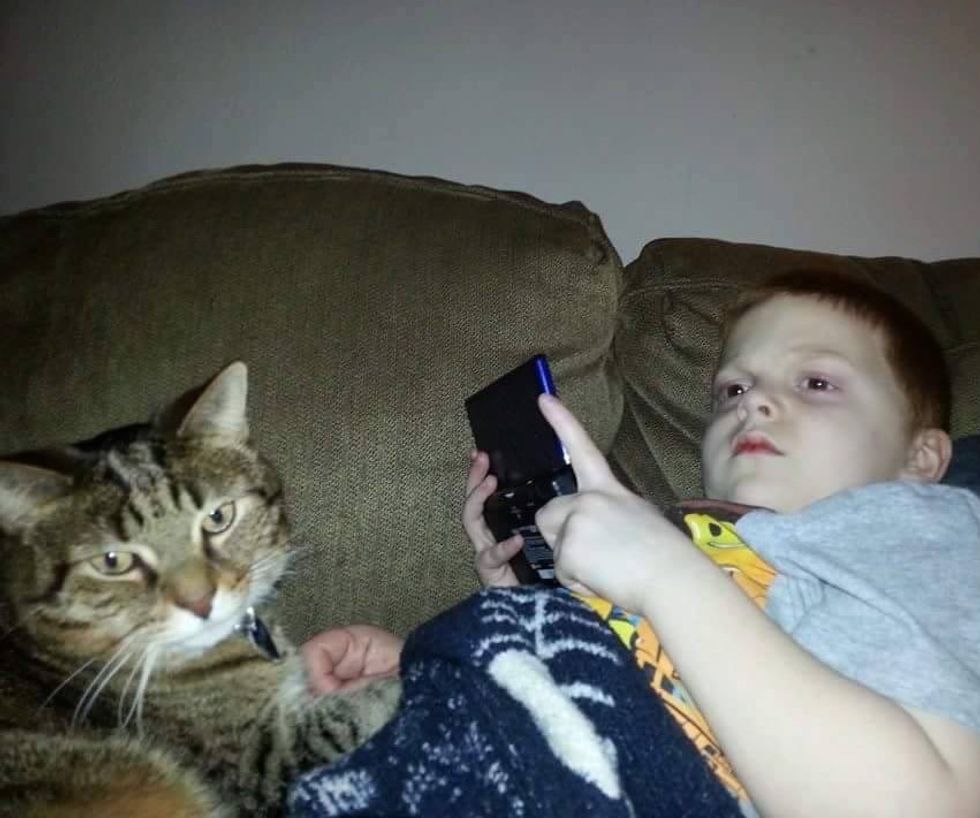 "We made flyers and put them around businesses near our house. I had gotten a tip to leave my garage door open and put her blanket and bowls out there. So I did this on Sunday night. Monday while he was at school, I heard meowing come from outside, went out and there she was!"

"Once I caught her, I could not wait to reunite those two, so I drove to the school and took him out early... Best thing ever!"

Watch the emotional reunion in this video:

"This photo shows just how much she meant to him and how emotional the reunion was.

"Austen is so happy to have her home. He keeps checking to make sure he knows where she is," Davis said.

The boy has been talking about being a veterinarian when he grows up. He has to deal with hospital stays and health issues, but "no matter what, he knew she would be there when he got home. Just her presence seems to help him feel better." 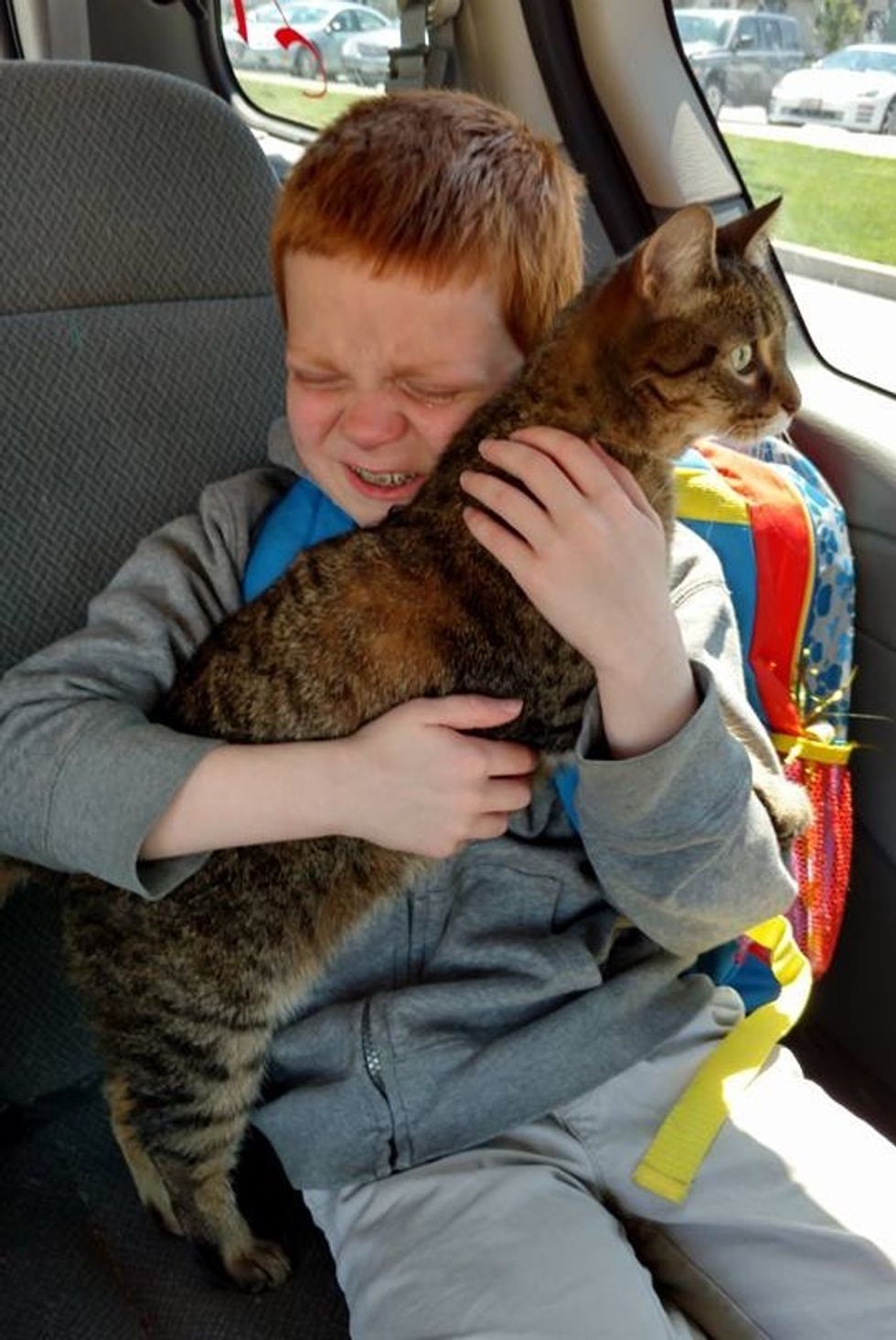