Cat Abandoned by His Former Home Clings to Man At Shelter..

A cat who was abandoned by his former home, clung to a man at the shelter and wouldn't let go. 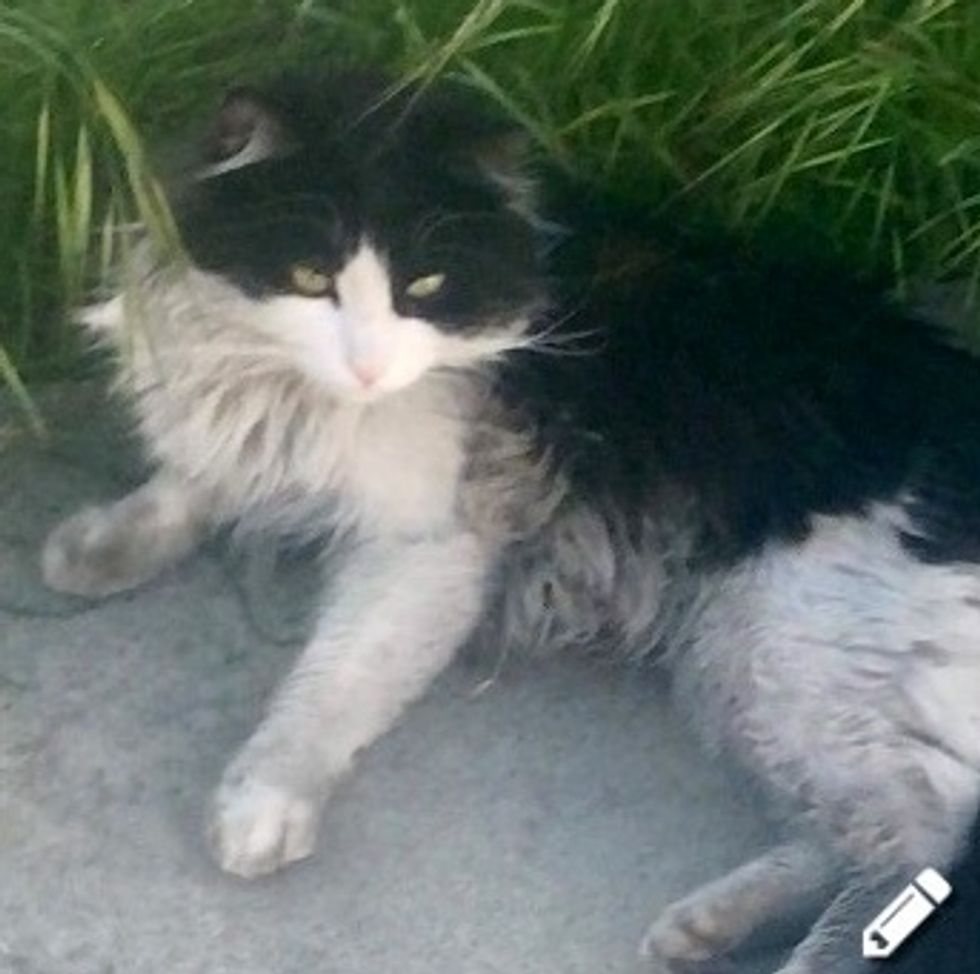 Jasper was abandoned by his old family. When they never came back for him, he began getting attacked by the neighborhood cats. "Someone was posting on a Facebook group asking if anyone could take in this cat because he was obviously wounded," reddit user Sarie24 told Love Meow.

No one acted until a rescue group found out about Jazz and took him in. "He was extremely dirty and his hair was in giant knots, so that's why they had to shave him. He also had a very large laceration where his tail met his body."

Sarie24's husband just returned home from Iraq the day before they decided to visit the shelter. "We went to 'just look' and then he adopted us, so we had no choice." 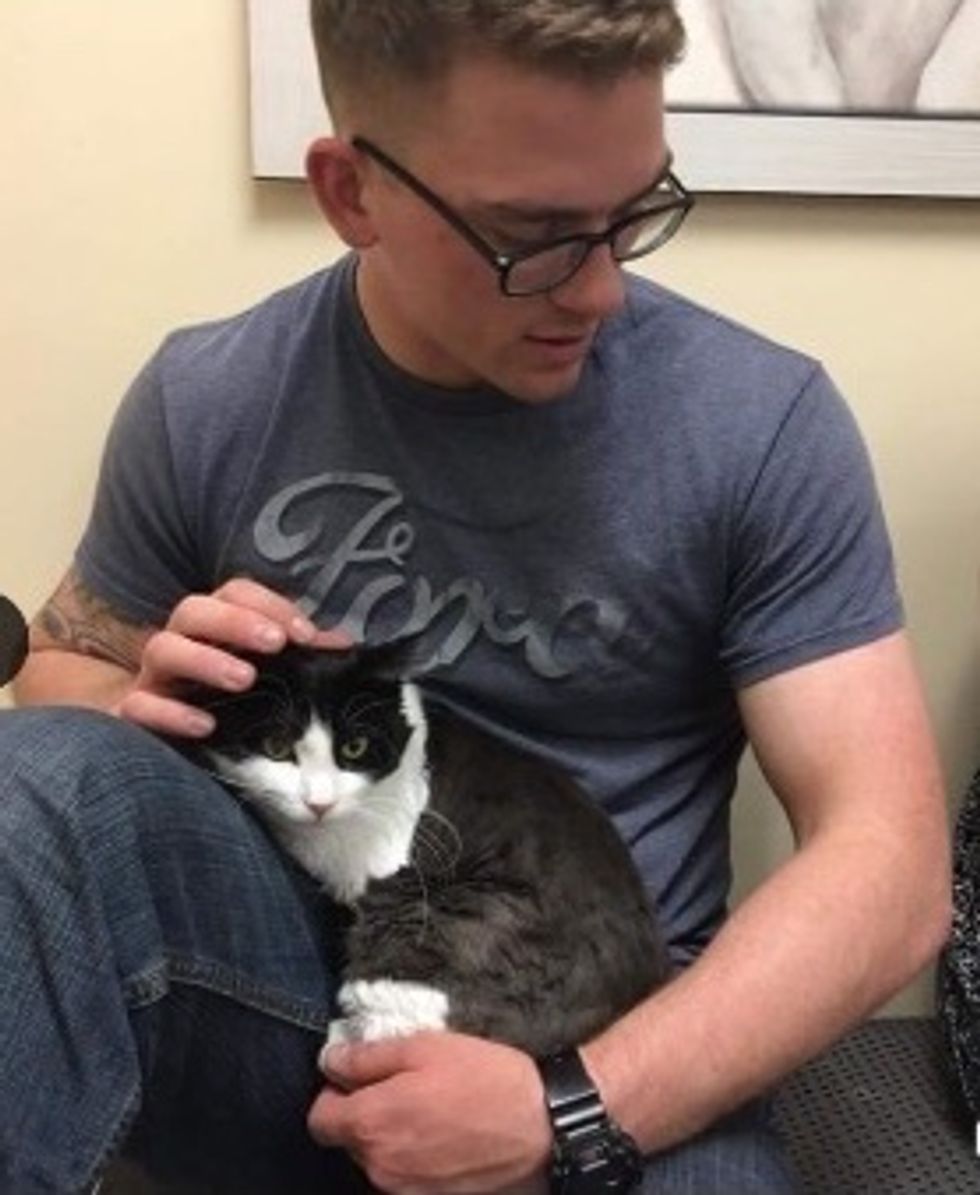 "When we first brought him home, he was extremely skittish like we expected him to be," Sarie24 told Love Meow.

"We made his 'safe place' our room, and gradually he became warmer." 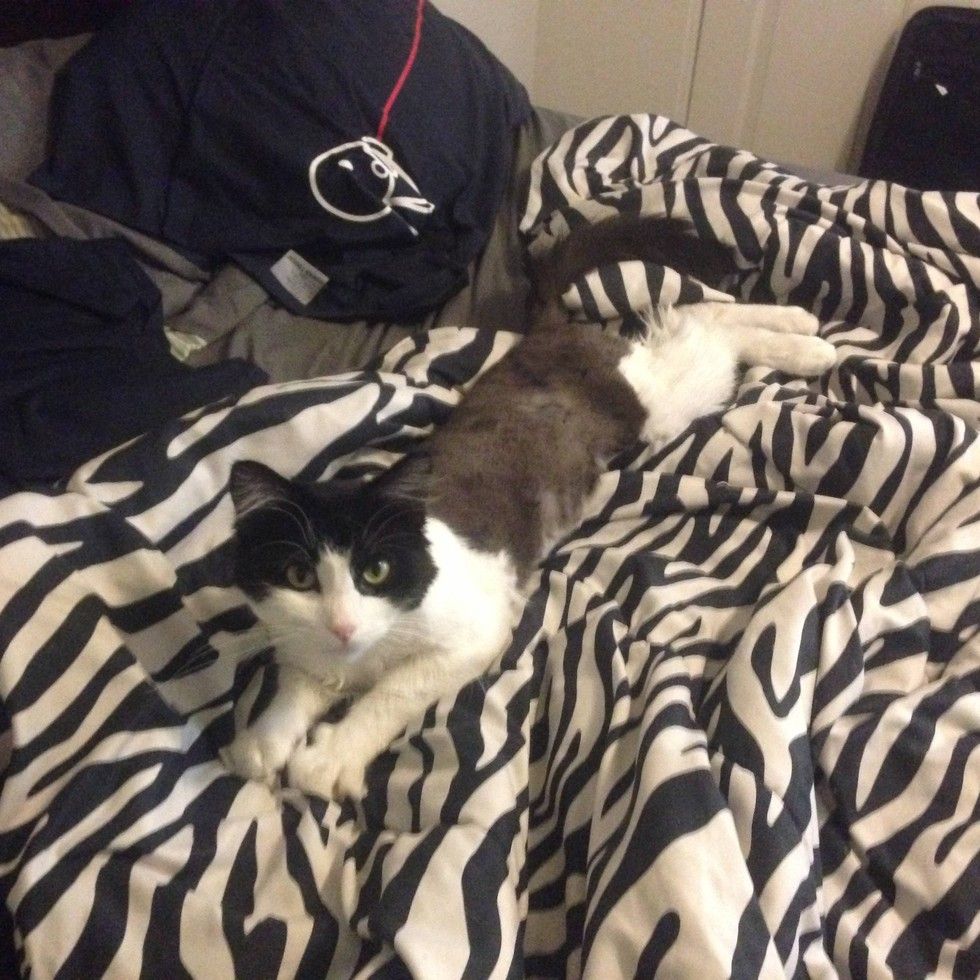 Jazz started to mellow out, but due to all the stress he had endured living as a stray, he seemed to have developed some form of anxiety.

He wanted constant attention from his humans, and would cry in the middle of the night for more attention. 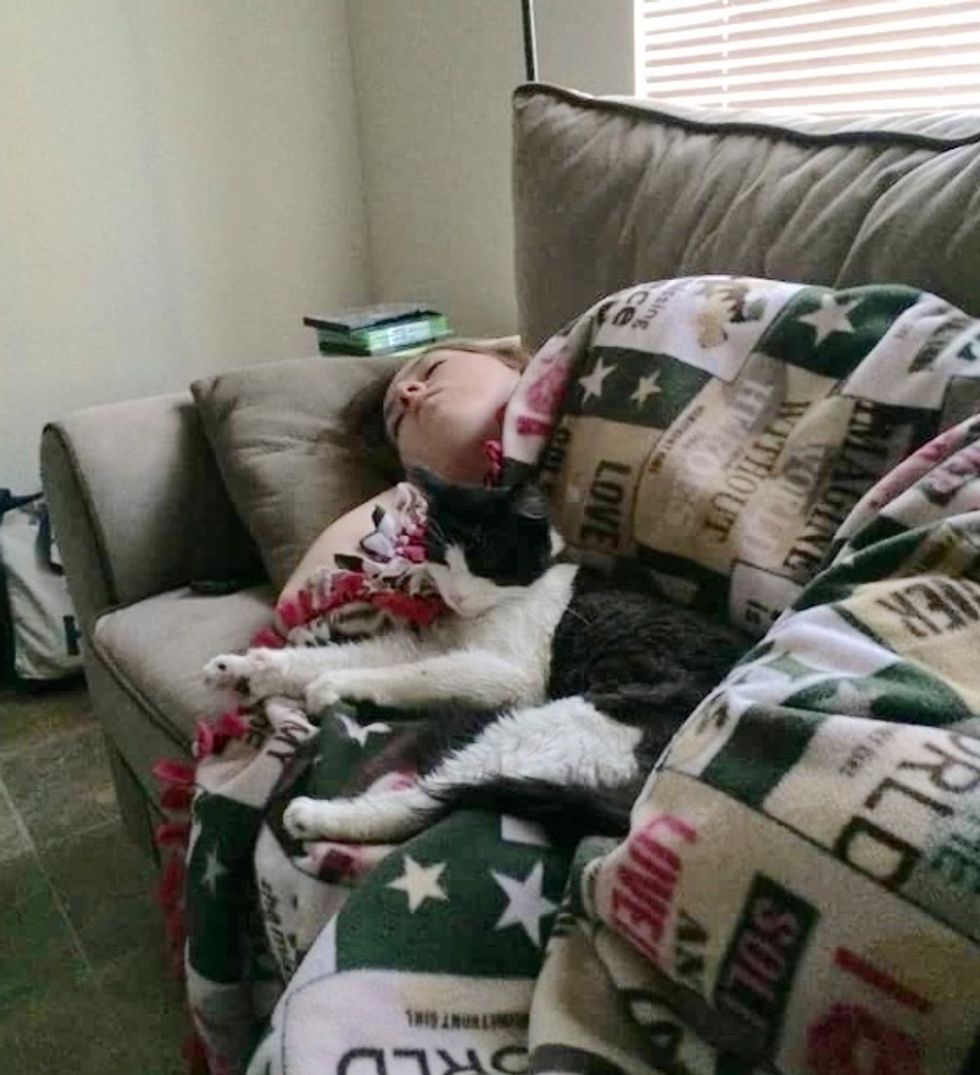 The couple knew they had to do something to help the little guy.

Sarie24 began to look for another cat so Jasper could have a friend to cuddle with whenever he wants to. 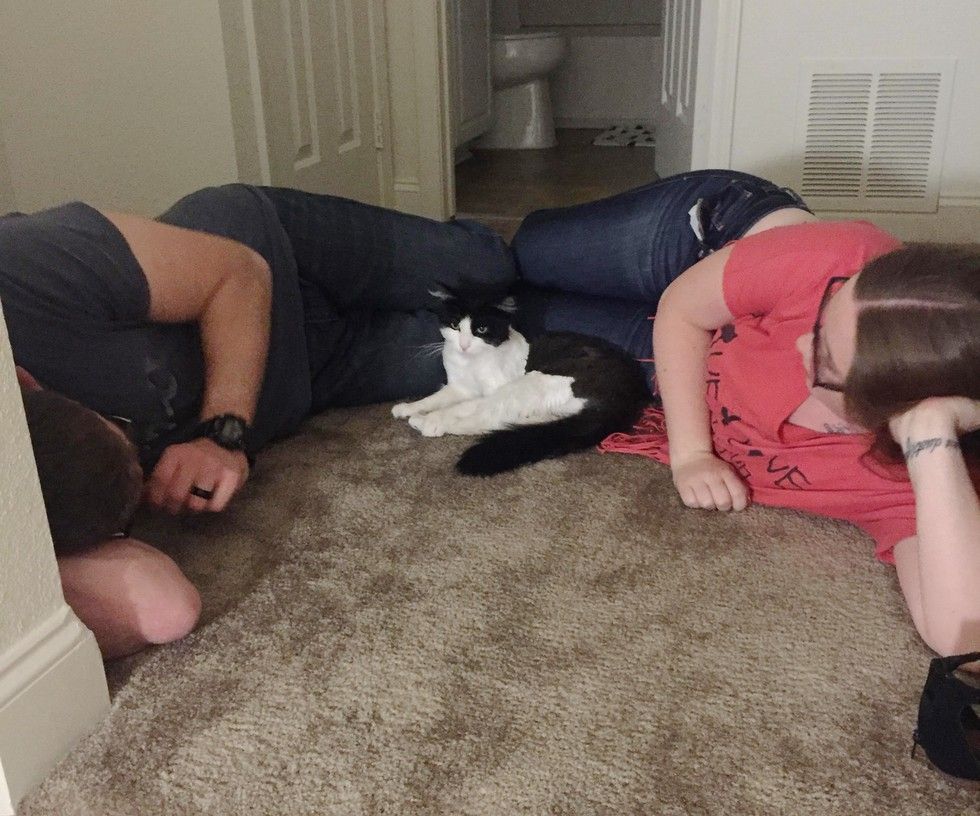 "When I saw Alice (the kitten), I immediately brought her home," Sarie24 told Love Meow.

Jazz needs a friend who can give him that constant companionship he needs, and sweet little Alice is perfect for him. 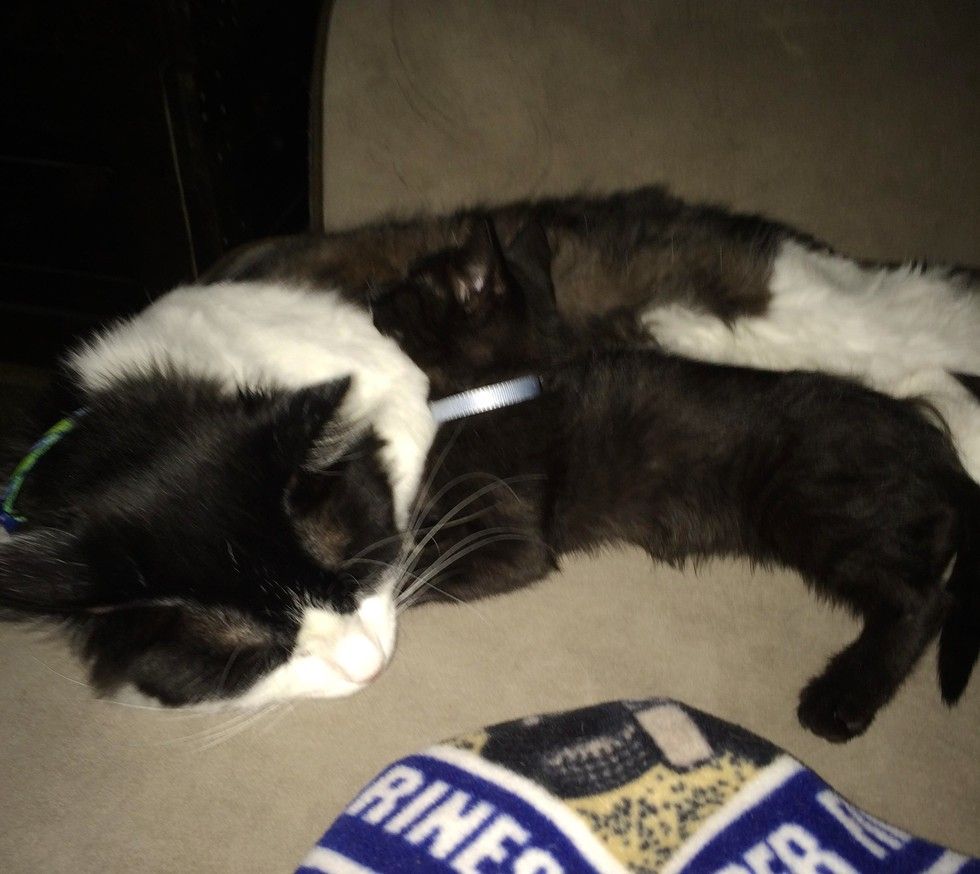 "They play together nonstop and keep each other busy," Sarie24 said

Having their first meal together. 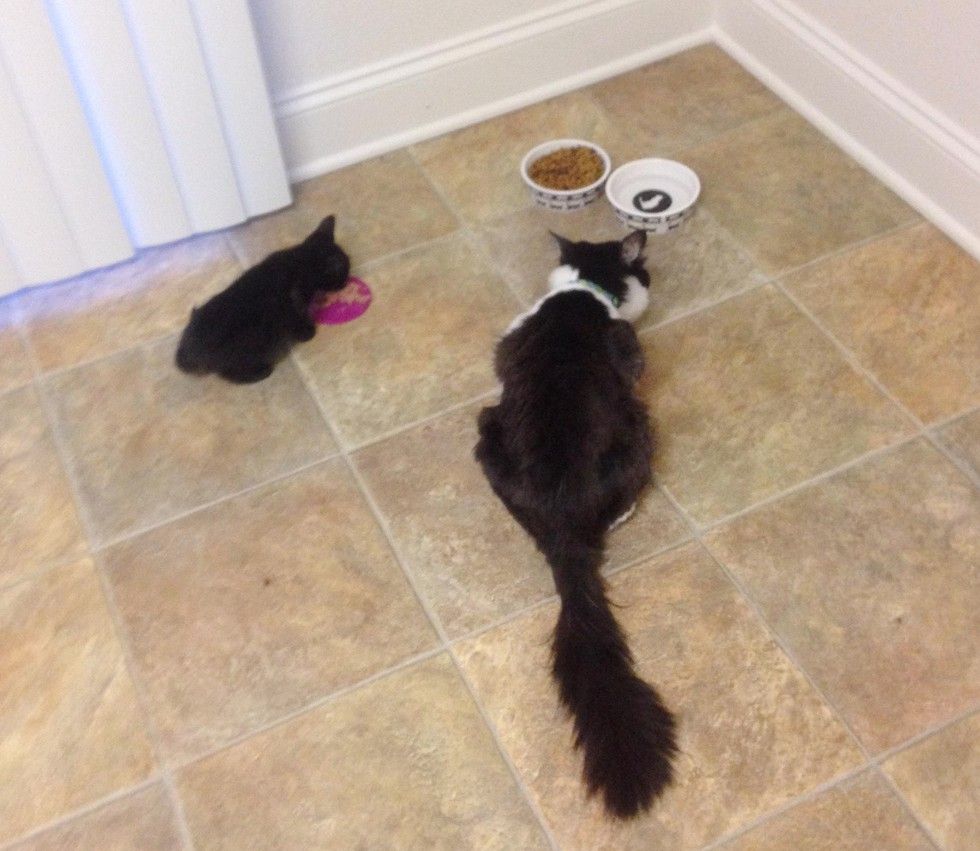 Jazz takes the little kitten into his loving arms, and he is so much happier having her around. 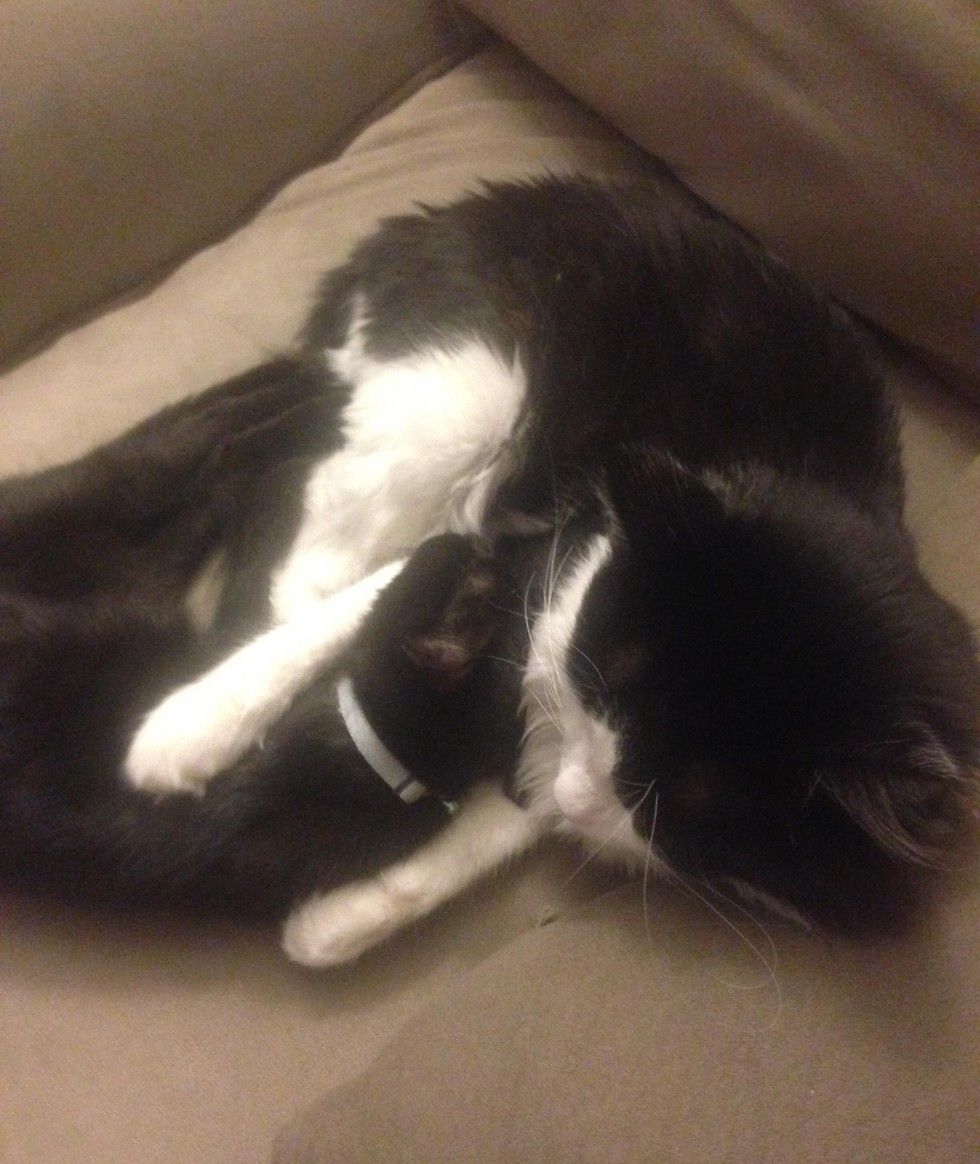 "Now, all his hair has grown back and he loves spending time with his sister, Alice!" 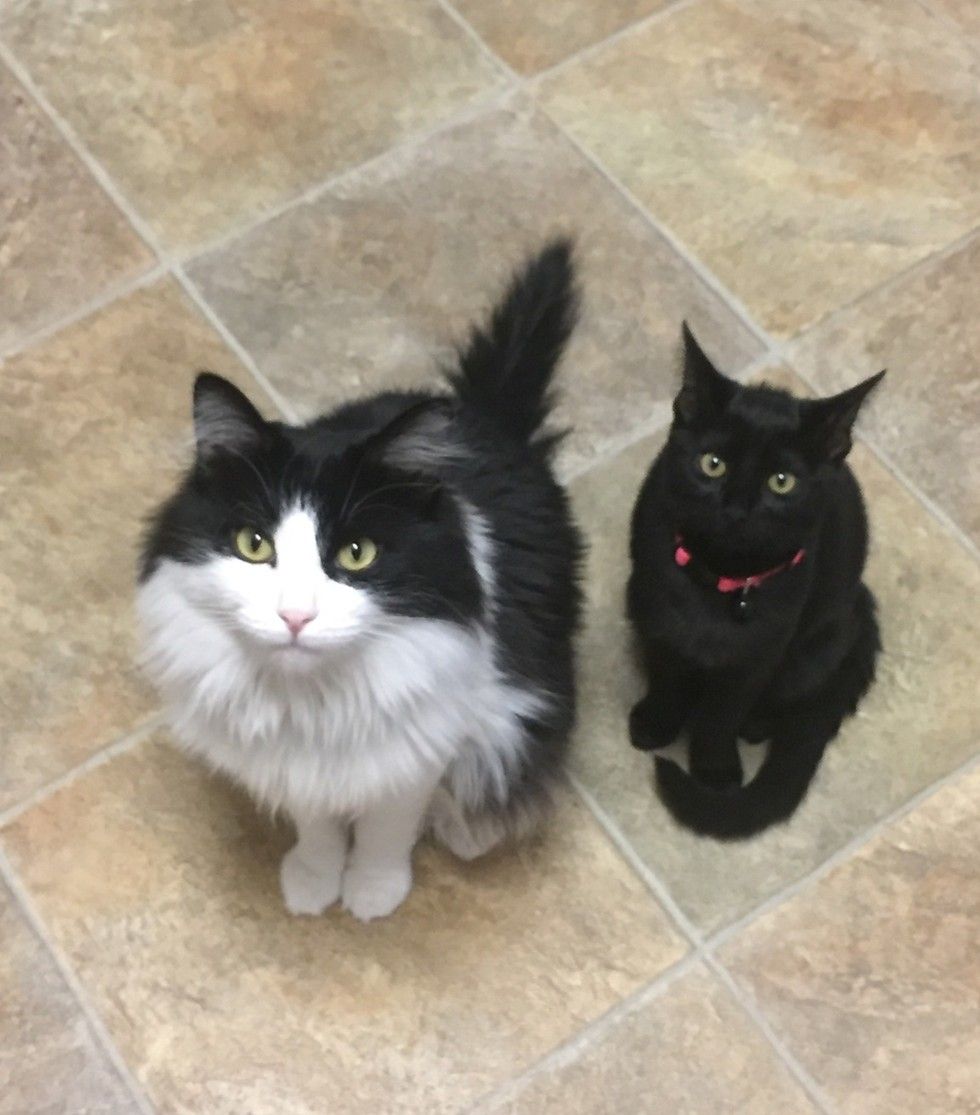 Alice gives Jazz the comfort he needs. Whenever he wants a cuddle, she's there for him.

"It makes the cat person in me happy. They are part of the family." 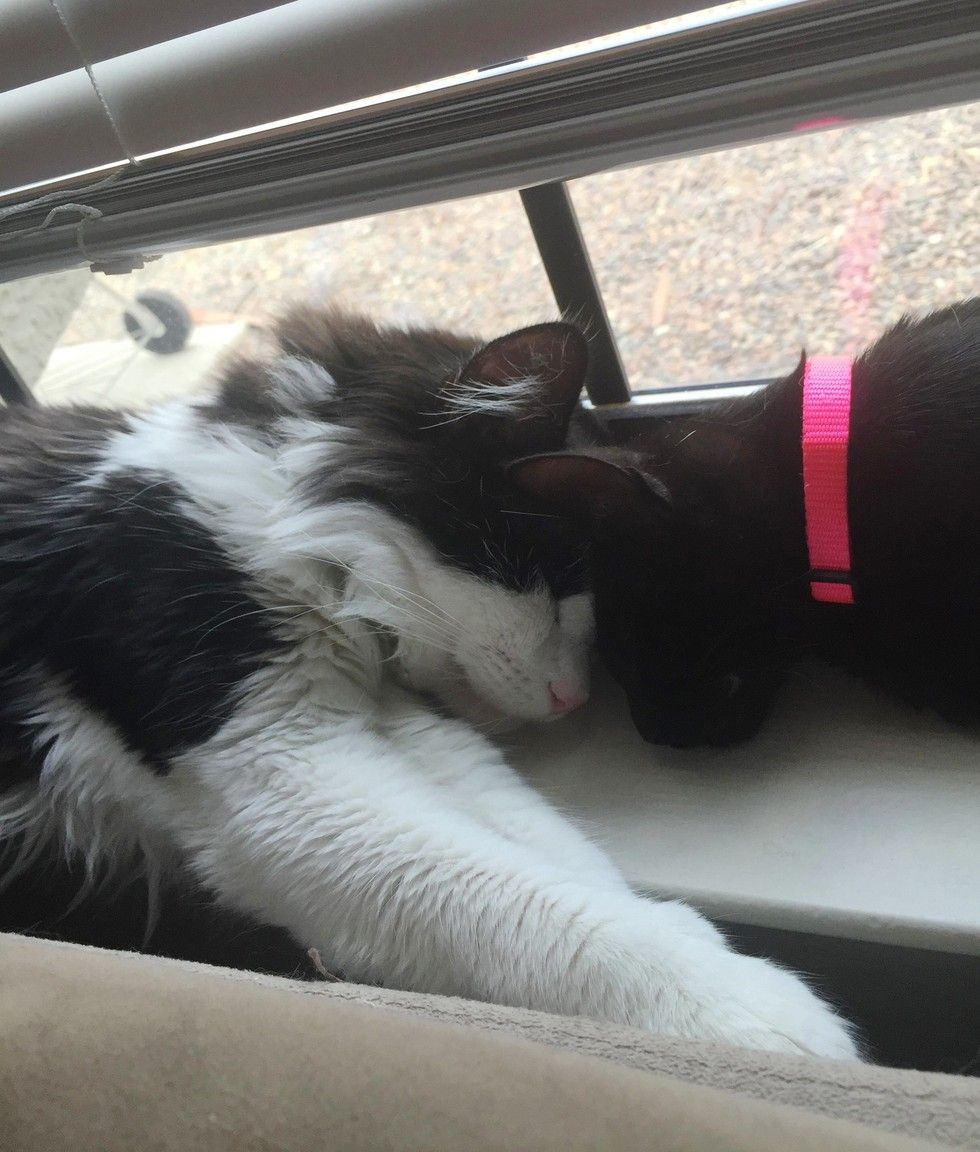 Related story: Woman Takes a Chance on a Sad Shelter Cat, a Few Days After Adoption..