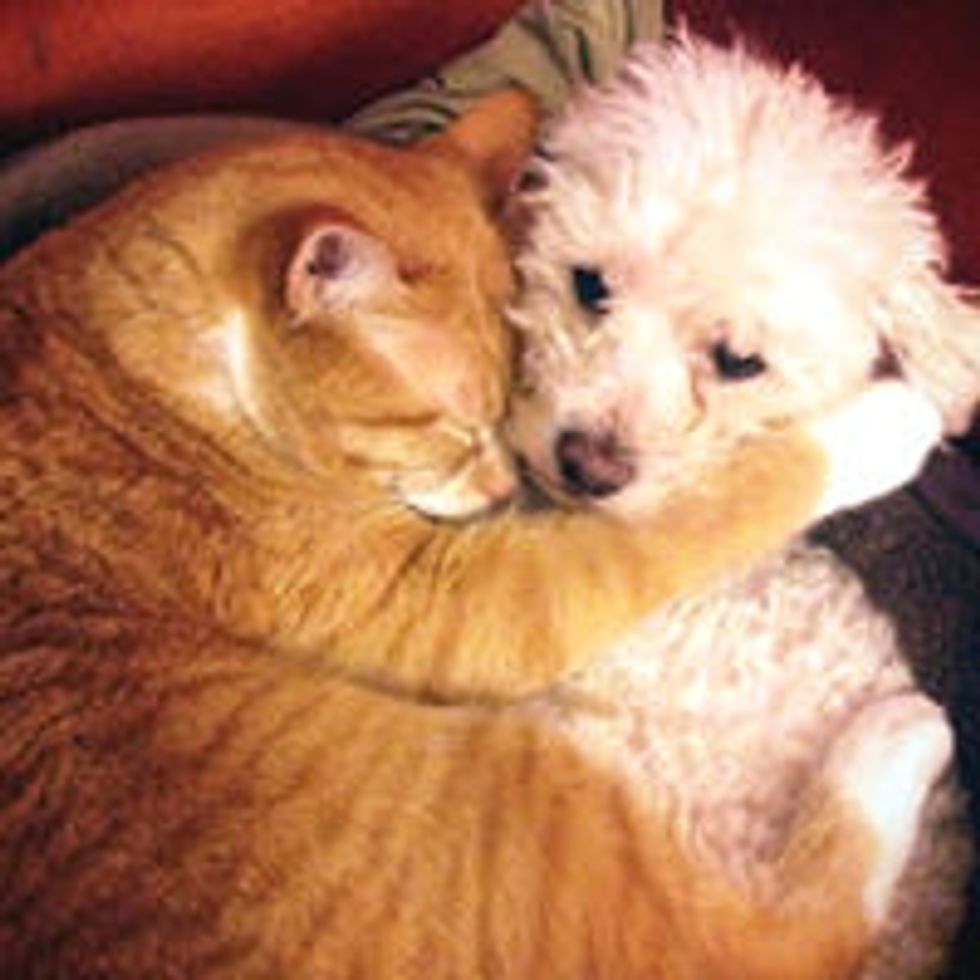 "We were worried our 17lb. cat would be unhappy about us rescuing a dog from the local shelter," then this happened.

They adopted the puppy after learning that she was on a "to be euthanized" list at a shelter in Los Angeles. There was a little concern about their cat Mau's dominant personality when they brought the puppy home. "All of their interactions for the first 30 days or so were supervised, but it was ultimately unnecessary. Despite not liking any previous dogs, Mau (the cat) instantly was affectionate towards her," Vanessu wrote via reddit.

Mau took to the puppy like a father. "This particular situation was the third time I caught him getting cozy. IMO cutest so far. He genuinely looks happy snuggling with her. The dog, however, doesn't necessarily look as stoked as he does.... He attempts to snuggle with her ALL the time now, and sometimes when she thinks we aren't looking she gives in to the love."

"(The puppy) exhibits lots of signs of having been abused, and (Mau the cat) is always SO kind and gentle to her. It was kinda shocking at first; we had never seen an adult cat, let alone our big cat who typically showed no positive interest in dogs, be so physically affectionate." It's as if he could sense what happened to a little pup and showers her with love.

"Mau is roughly three years old so he has so a long life filled with snuggling the apprehensive pup ahead of him."

They were worried their cat would be unhappy about them rescuing a puppy from a shelter, then this happened... 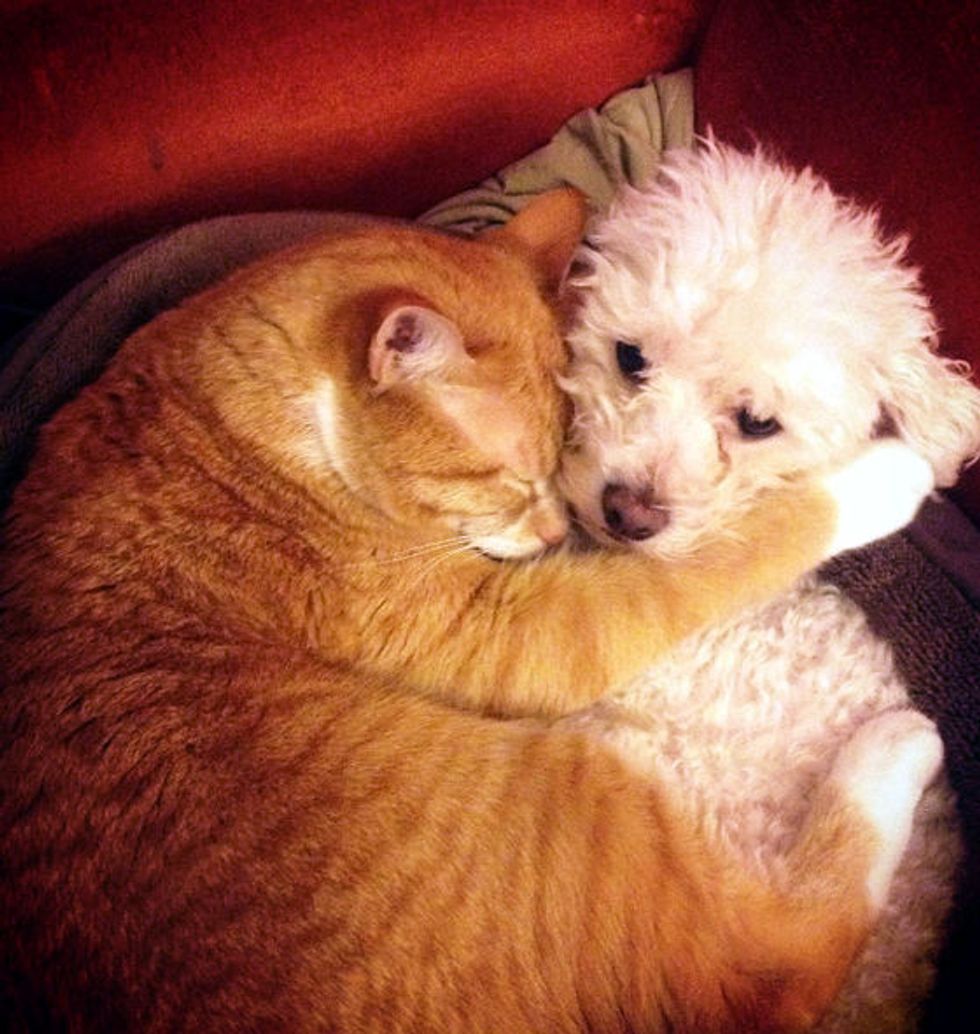