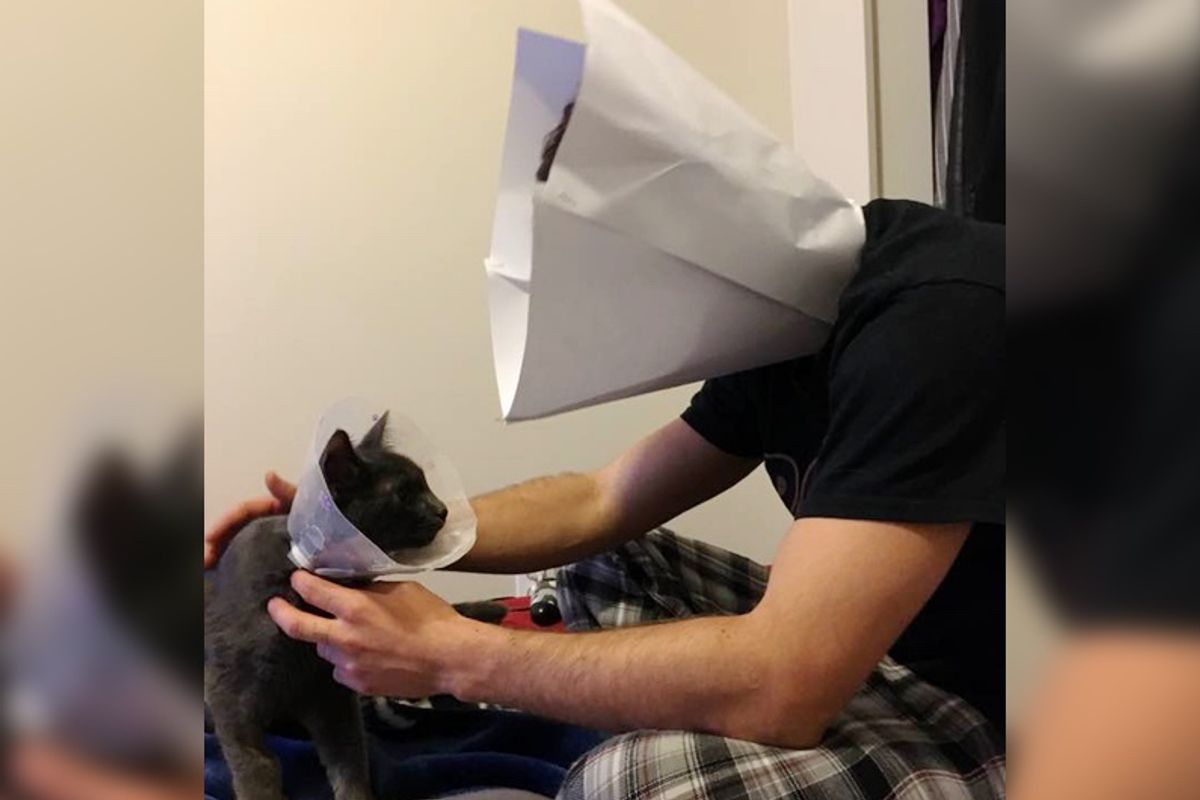 A little kitten met a young man one day, and the two instantly bonded. The feline buddy has been his tiny sidekick ever since. 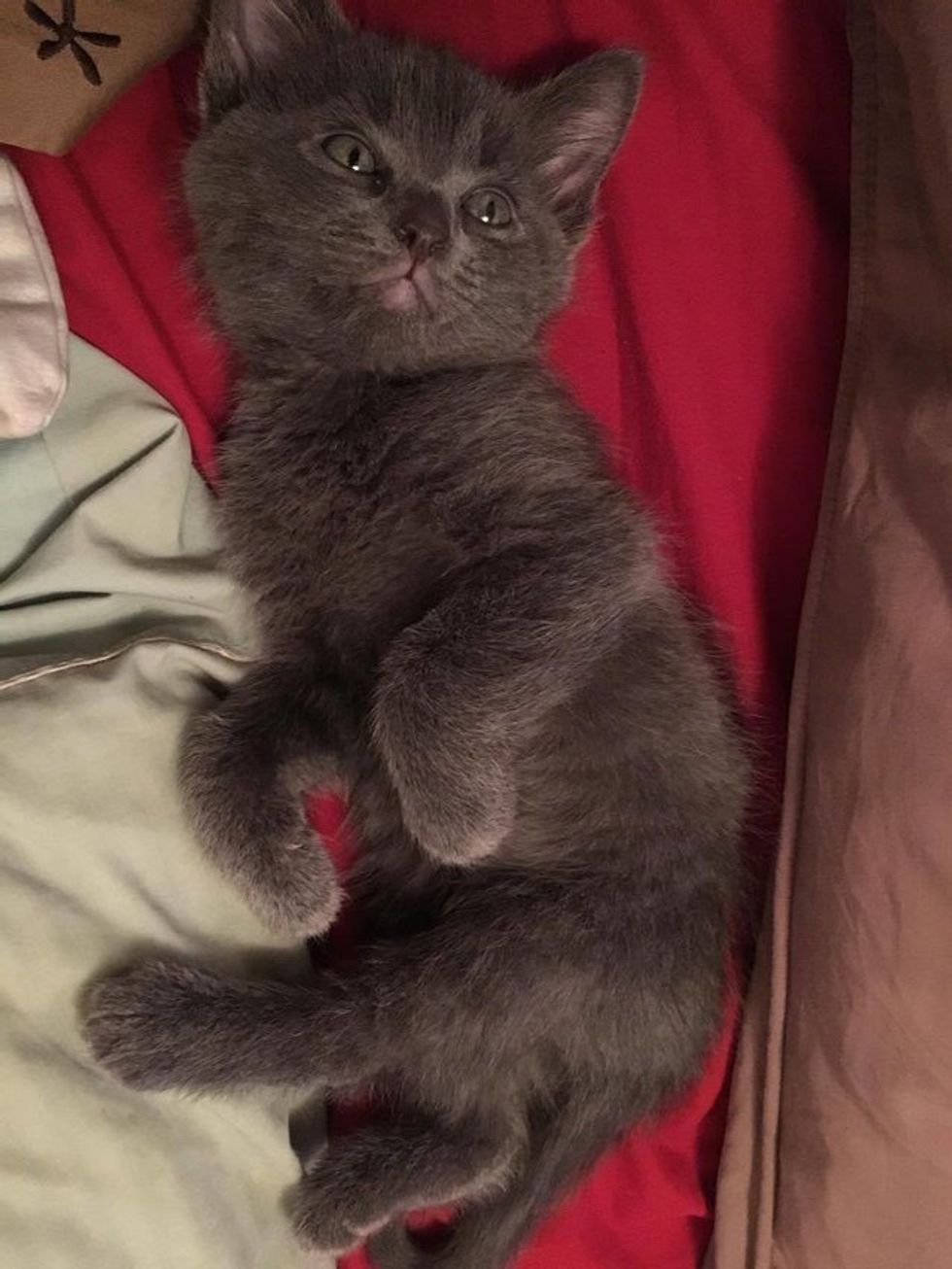 The sweet little guy shares a special bond with his cat dad. He clings to him like velcro. Nap time is never the same any more as Rengar demands to snuggle next to him and sometimes uses him as his pillow.

When Cat Dad is at the computer, Rengar hops right into his lap to join the fun. The little feline buddy gets fascinated by everything he does on the computer.

They are inseparable and seem to understand each other despite that Rengar meows and his cat dad talks human. 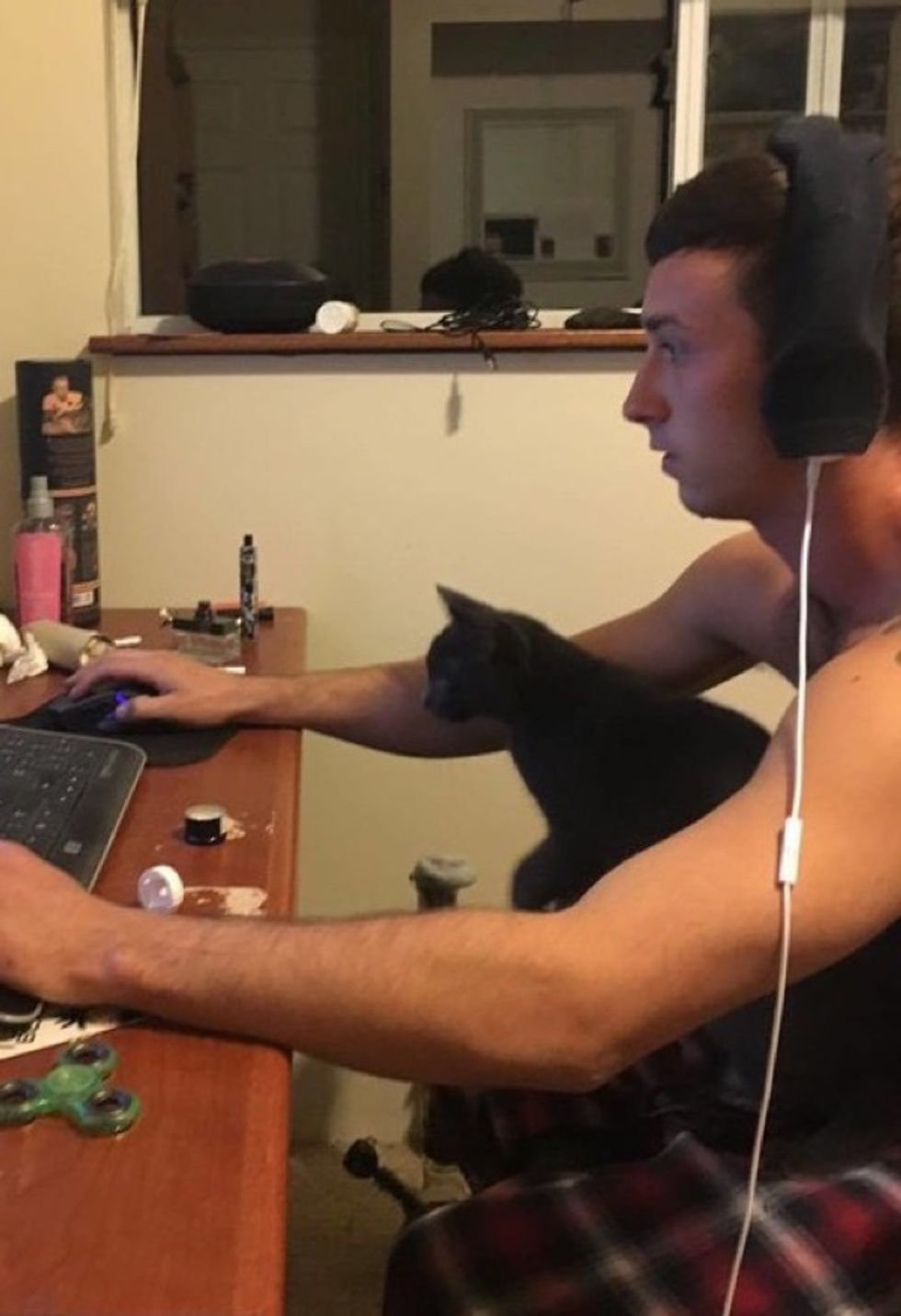 When Rengar was big enough, they sent him in for his neuter surgery. The kitty came home with an Elizabethan cone around his neck. He was not happy with the unpleasant gear and tried to fight it off.

Knowing that they had to keep the cone on for a while to prevent him from licking his wound, Cat Dad came up with an unusual idea to help comfort his kitten. 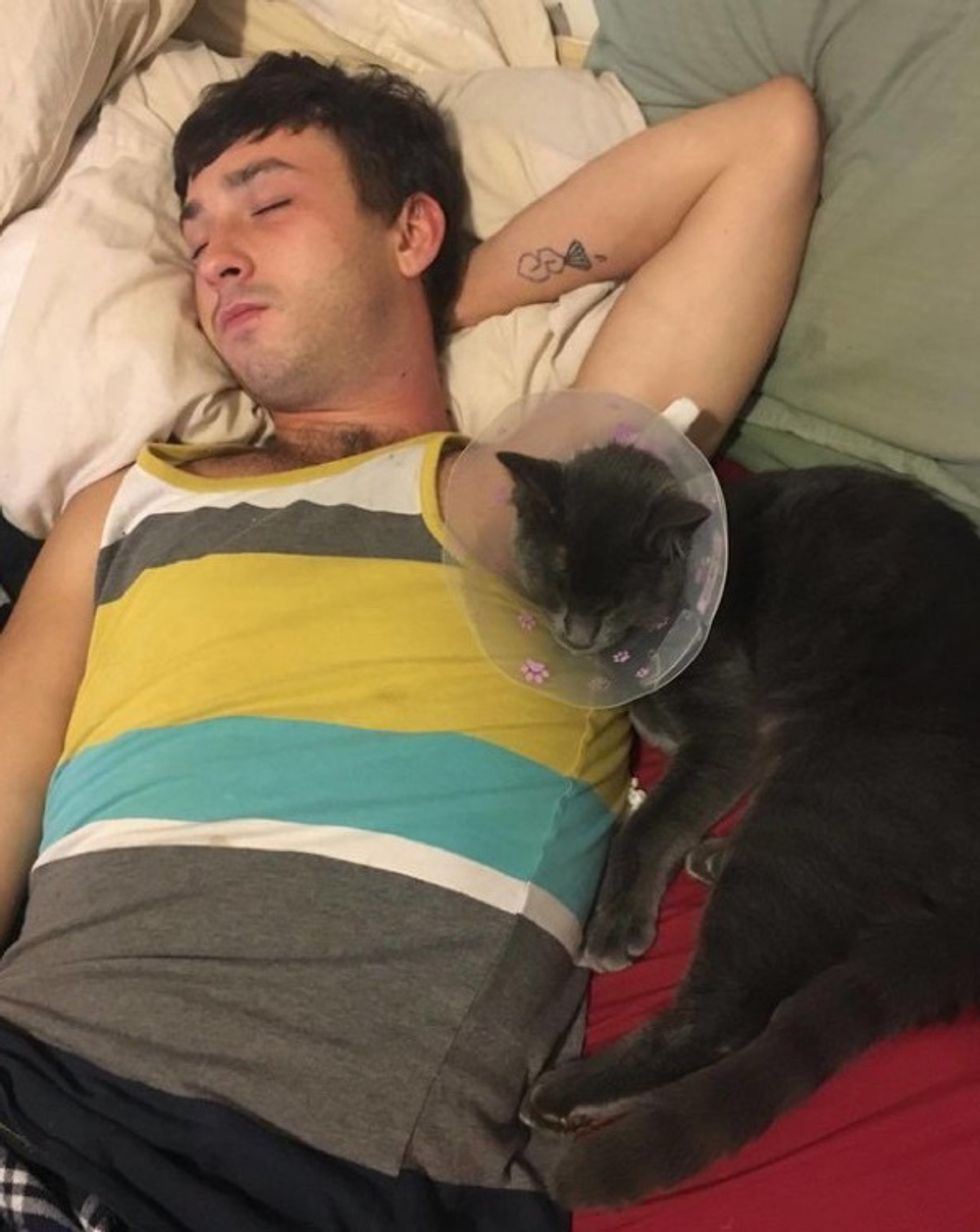 Since they always do things together, he used a few pieces of printer paper and staples and fashioned them into a human-sized "cone of shame". He carefully put on the makeshift cone and sat next to his fur baby, showing him that he wasn't alone.

Rengar looked up at his human and the giant thing around his neck. Miraculously, he stopped complaining about his cone and was distracted from the discomfort. 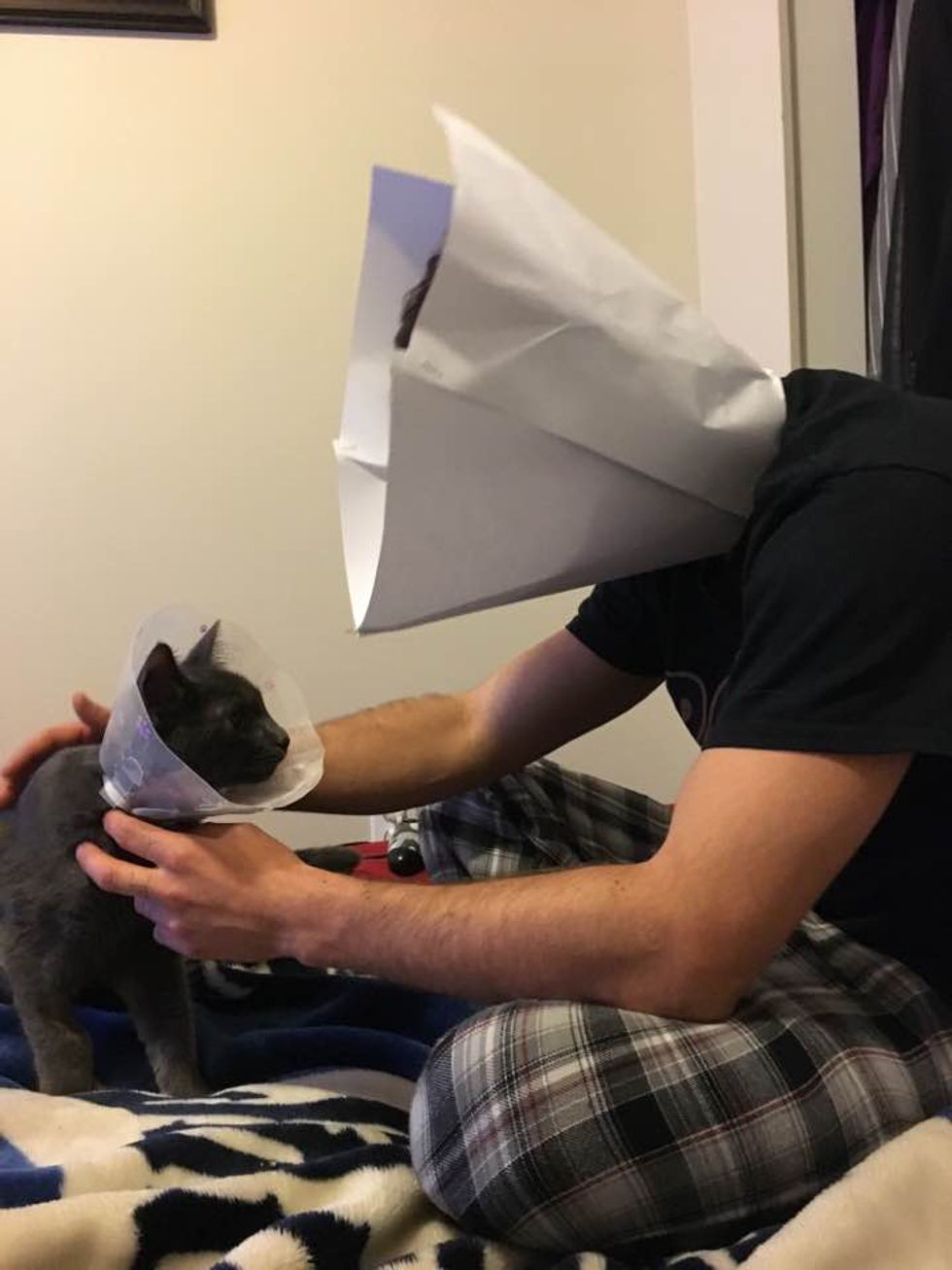 Rengar began to purr while getting some pets and scritches from his favorite human in the world.

Maybe the kitty could see that his cat dad was in the same boat with him wearing that awkwardly shaped contraption and felt a bit better.

"Everything is going to be all right!" 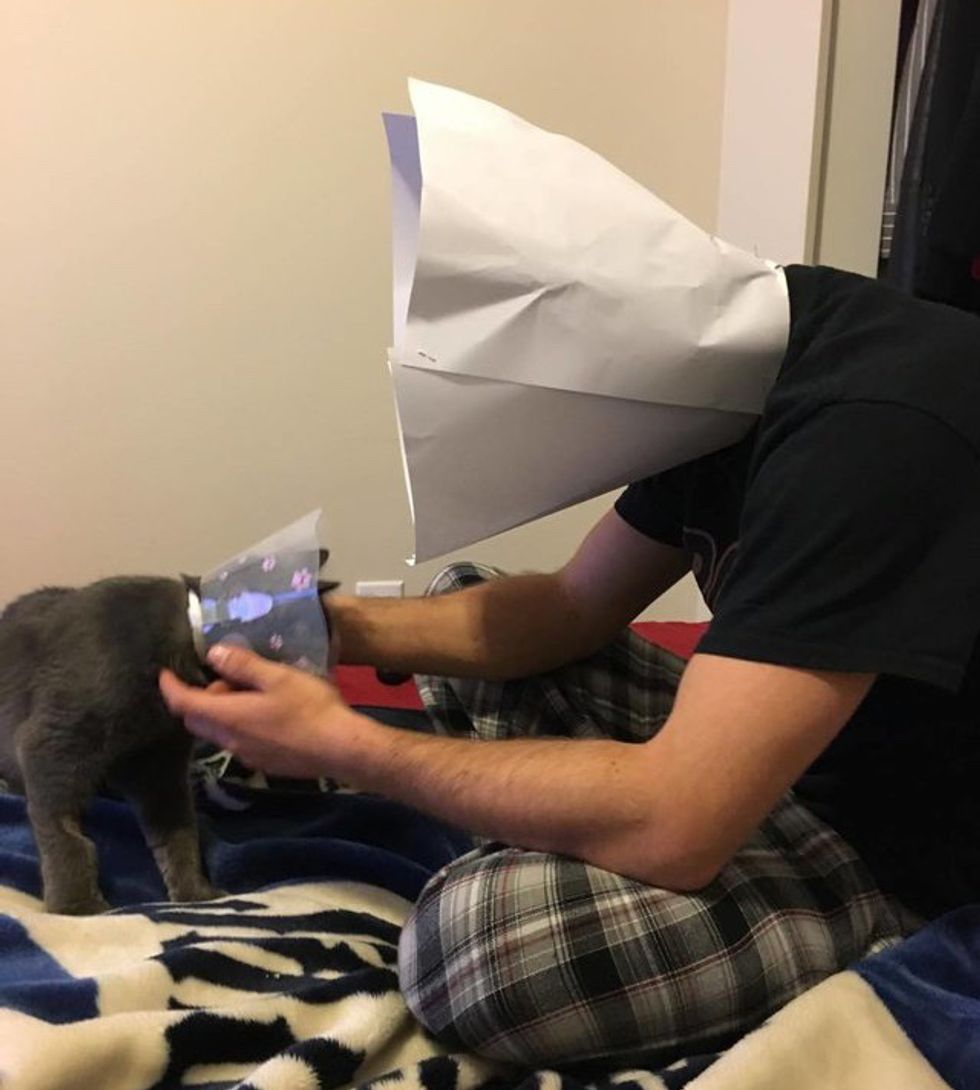 Thanks to his human, Rengar survived the Cone of Shame with flying colors! 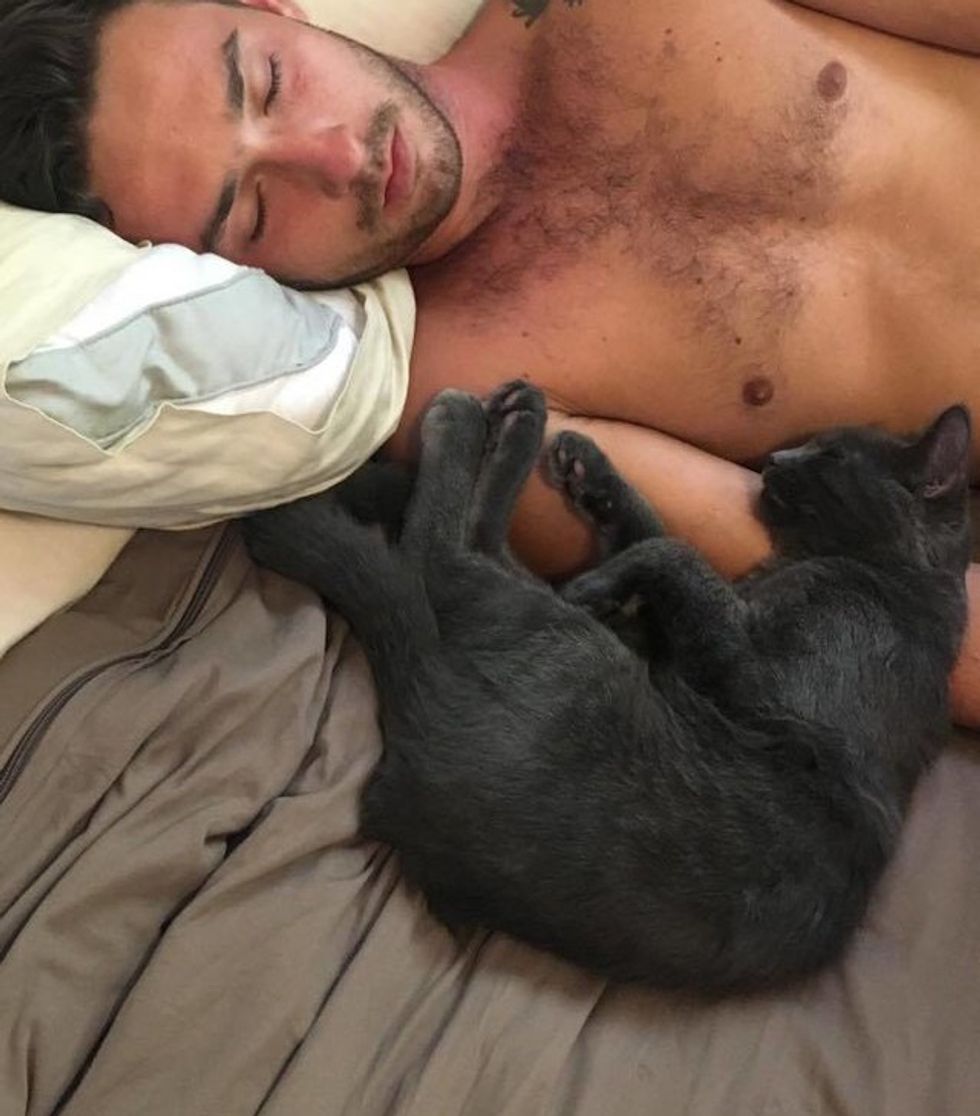