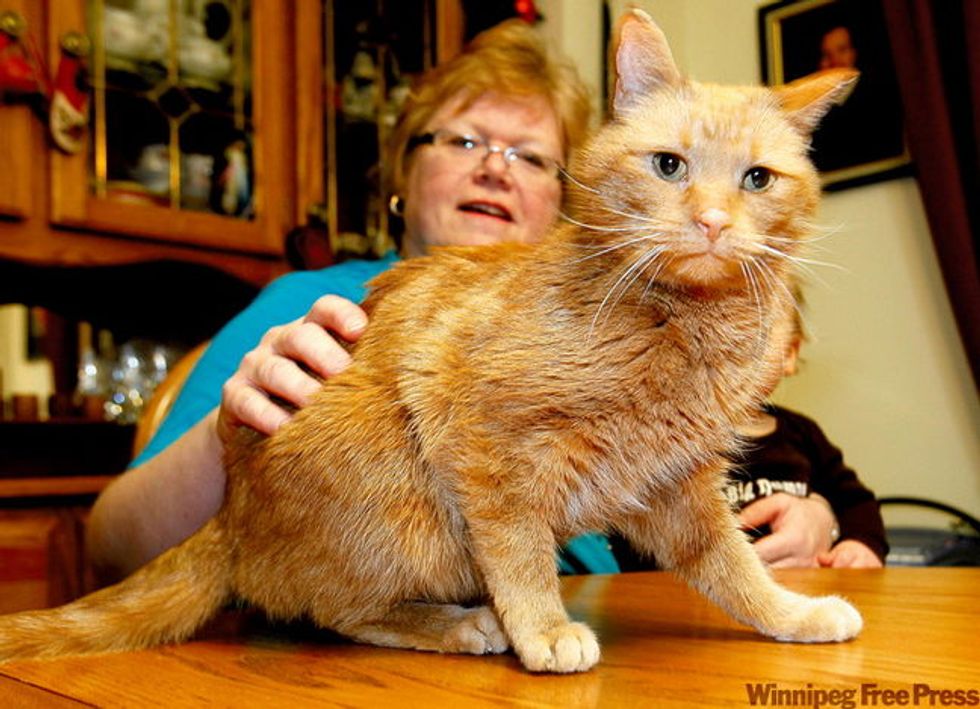 Can you imagine finally reuniting with your cat after 14 years? This is what happened to Tiger Lily, an orange tabby cat that disappeared from Ingrid Kerker's home in Canada over than a decade ago.

Kerker was shocked when she received a phone call from a veterinary clinic, saying they might have her cat. The clinic was able to identify the cat through the code tattooed in the cat's right ear (at the time microchipping was not available), according to the Winnipeg Free Press.

14 years ago after Tiger Lily escaped the house, Kerker's family tried everything possible to look for their cat, but nothing worked. Over the years, they never forgot about Tiger Lily and often talked about it in the family.

Kerker remembered the exact date of Tiger Lily's disappearance when she was asked by Paw Nation. It is on October 12, 1996 because she wrote it down in her Bible.

Kerker's two sons who were very young at the time when the cat went missing, were extremely excited about the news. Though they are now in their twenties, Rick, one of the sons, brought along an old photo of himself and Tiger Lily napping together.

When they finally reunited with Tiger Lily after so many years, she was very friendly and affectionate as always, though she did age somewhat. She went up to cuddle with Kerker on her chest just like the old days. After being examined by the clinic, they concluded that the cat is actually 19 years old. It is still a myth as to what Tiger Lily was doing all these years, but one thing they know is that when the cat was rescued, the staffer could smell diesel fuel from the cat's body.

Tiger Lily is getting used to two other cats back in her old home, but she is still adjusting to the dog.

"All three of the cats line up and eat out of the same bowl...but Tiger Lily's still a little uncertain about the dog."