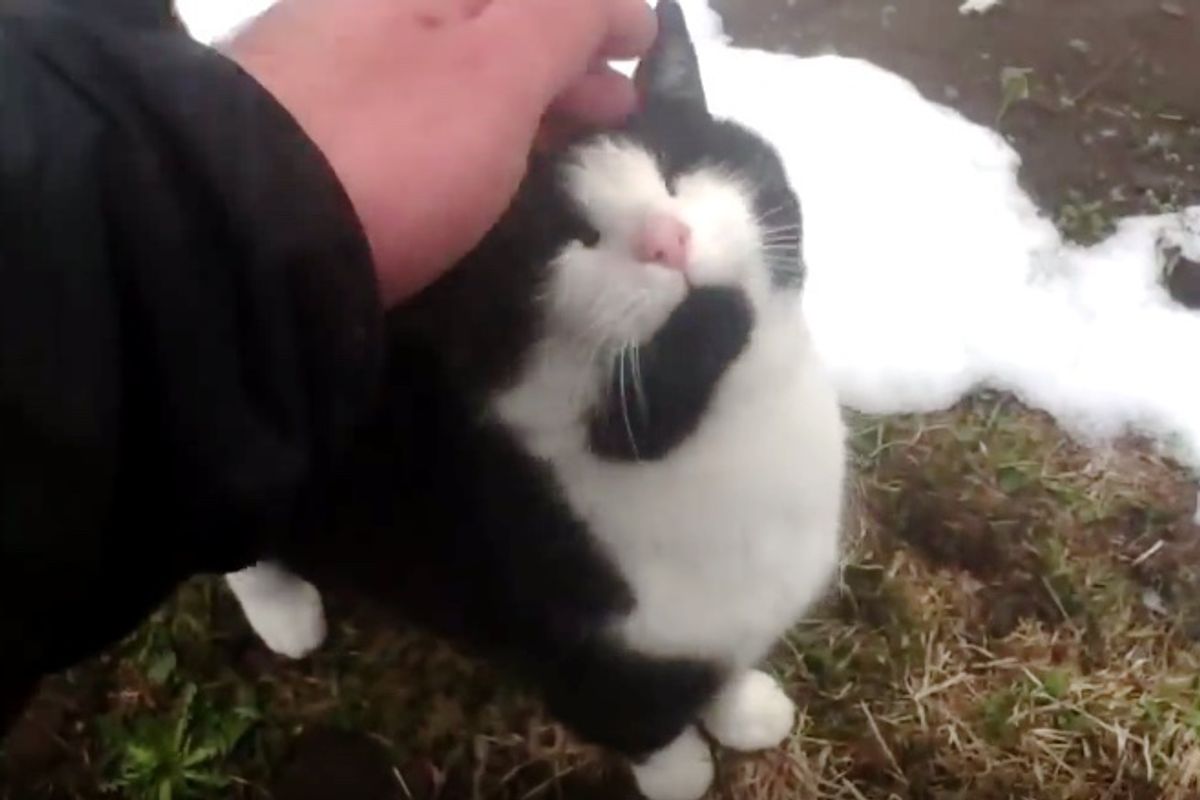 A man got lost while he was hiking in the mountains in Gimmelwald, Switzerland. A cat came up to him and showed him the way. 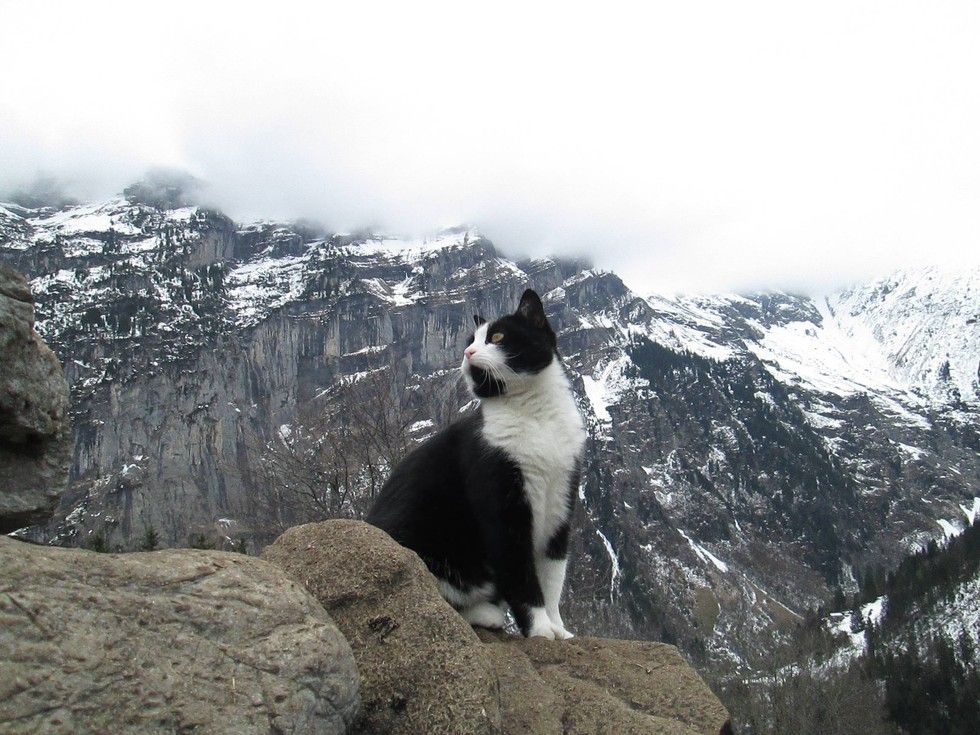 "Gimmelwald is a tiny, tiny stunningly beautiful village. I actually got 'lost' in the surrounding mountains. It was the end of ski season when I got to Lauterbrunnen, so the lifts weren't working and some of the trails were closed," reddit user sc4s2cg said.

He followed a roundabout trail up the mountain, and then followed those ski lifts further. Eventually he made it to the top and decided to follow a train track into the middle of a "totally empty town".

"I was checking my map to see how I can get back to the hostel, and the only official way down was through a trail that was closed. And that's how I met that handsome cat."

The kitty noticed him when he was taking a break from the hike, eating a snack and resting his sprained ankle. 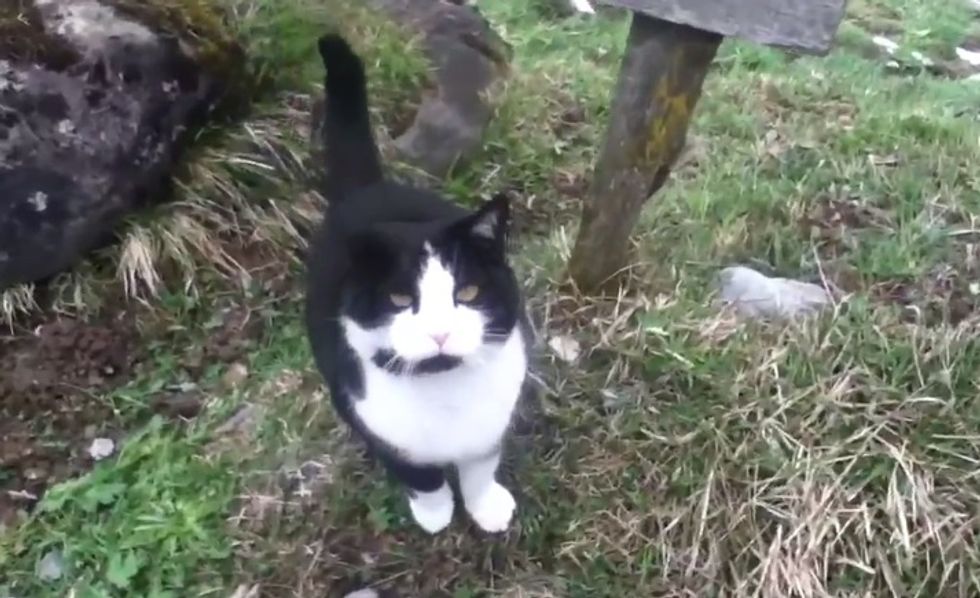 "As soon as I got up she started guiding me along some path," he said. "She seemed super friendly considering I was a total stranger, must be used to the tourist crowd that comes annually in that region."


"This was the only cat I saw… She wasn't really randomly wandering the mountains, rather I think she lives in the town I was in (Gimmelwald)."

"She was walking and kept looking at me to follow, led me straight to the path that would take me back down to the valley." 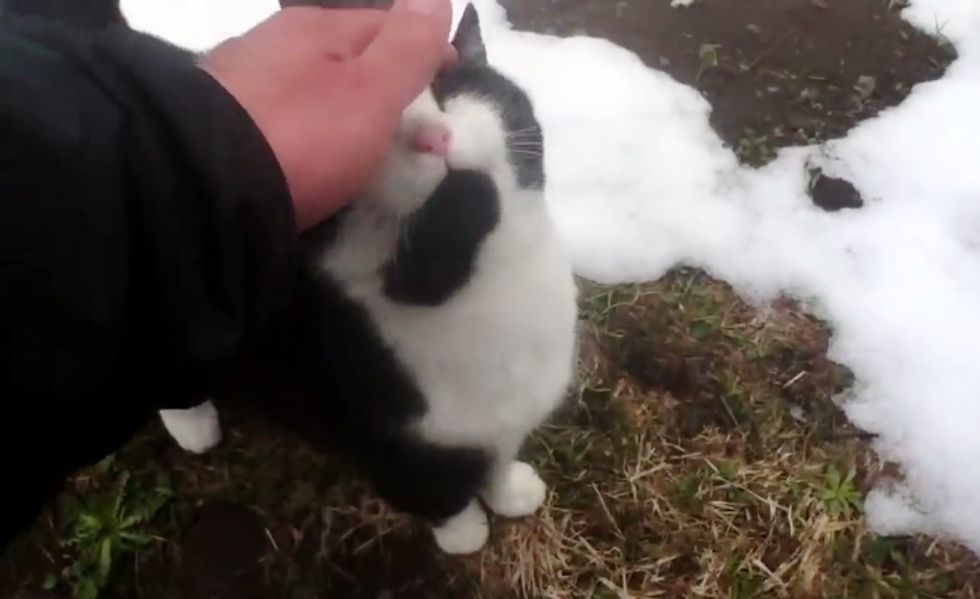 He turned on his recorder so he could share this special experience with his family.

"We actually separated right at the end of that video," he said. "I had to get down, and she had a territory to protect!"

After he shared his story on reddit, several people who had seen the cat recognized him. starspace1 said: "The same cat went hiking with me and my friend 3 months ago!" The kitty would walk ahead of the hikers, pause, and then strike a pose, bringing a big smile to everyone. 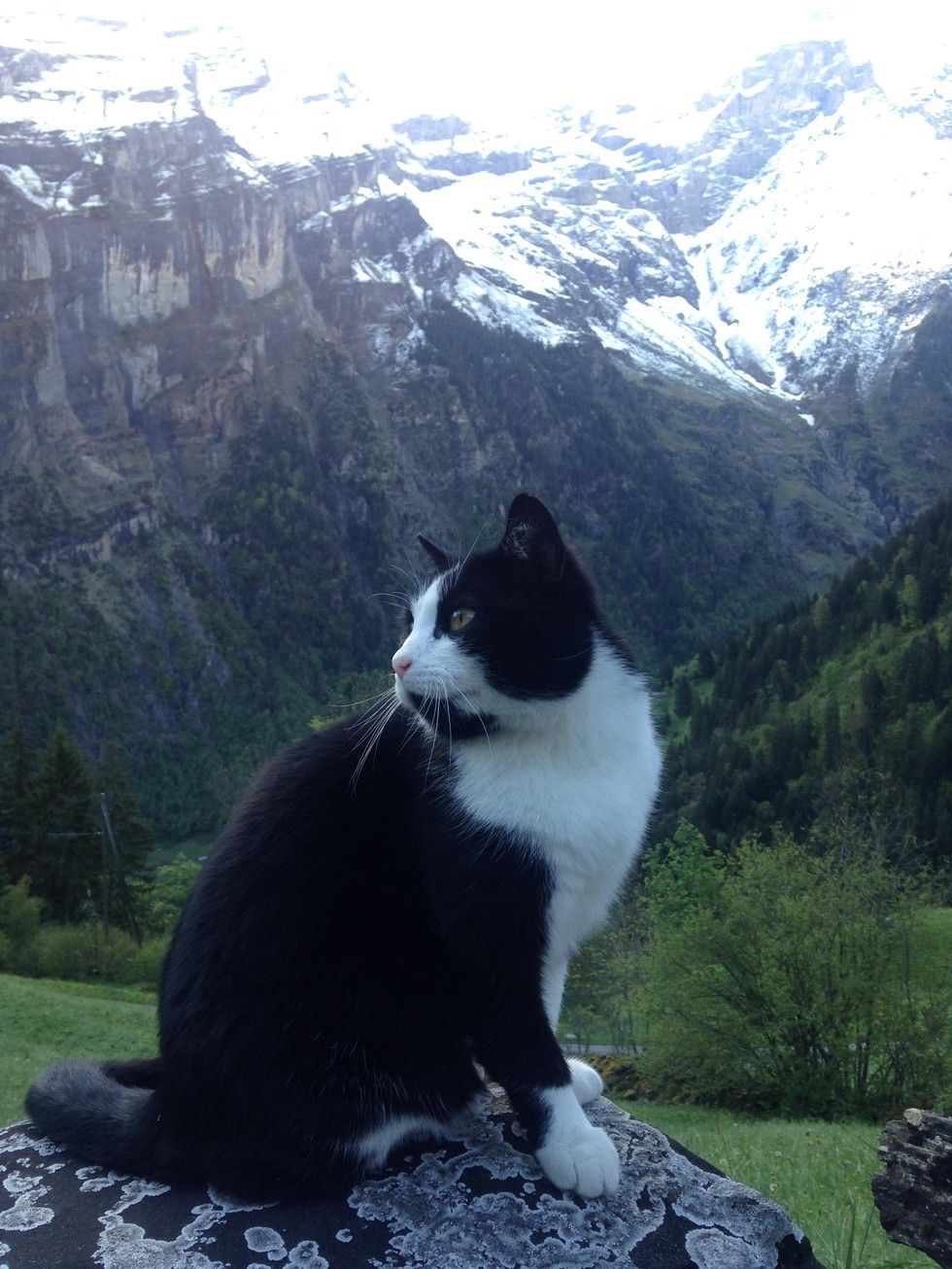 According to a reddit user, the cat belongs to a hostel in the village and adores tourists.

"I was basically calling her adorable, asking rhetorical questions like 'are you coming?', wondering where she was taking me. It's one of my best memories of my trip for sure!"

Related story: This Guy Couldn't Find a Date to School Prom, So He Took His Cat