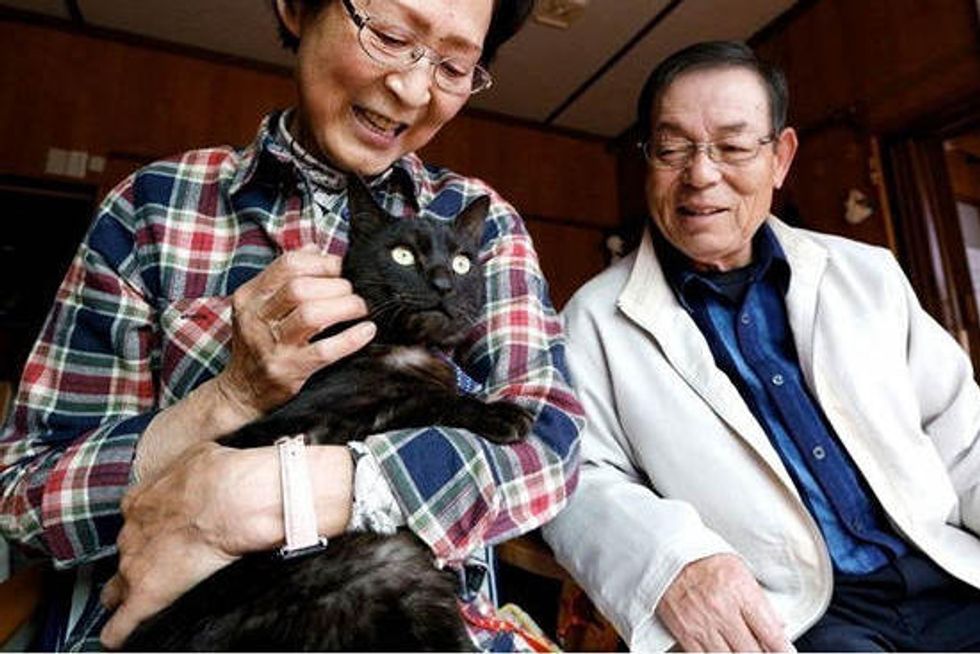 A cat that went missing over three years ago during the 2011 tsunami disaster in Japan, has been reunited with his family. On Friday last week, a couple, both in their 60s, from Ofunato City, who thought their cat, Suika, would never come back, was overjoyed with the news.

The cat was found in the forest in Rikuzentaka City about 9.3 miles (15km) from their home. The rescuers took the kitty to an animal shelter in Ofunato City on April 10. At the time, none of them knew that the cat they found had been missing for over three years.

They decided to take photos of the cat and put them in a local newspaper to help the cat find his owners. It was then they discovered the family and their phone number written on the cat’s collar. They immediately contacted the owners to tell them the news.

Suika the cat was a rescue that the couple’s eldest son found and brought home 15 years ago. He became the perfect companion to the couple and they loved him to bits.

No one knows the adventures that Suika had in the time since he was missing, but nothing makes the couple happier than seeing their beloved cat return home safe.

Suika the cat that vanished three years ago during the 2011 tsunami in Japan, has been reunited with his family.

He was found in a forest and taken to an animal shelter in April 10. When they decided to take photos of the cat and put them in a local newspaper, they discovered the family's name and their contact number.

It was an emotional reunion.

When the mother saw her cat after three years, she was calling his name and her eyes were welling up with tears.

Suika was a stray that their eldest son rescued 15 years ago and now he was rescued again and reunited with his family.