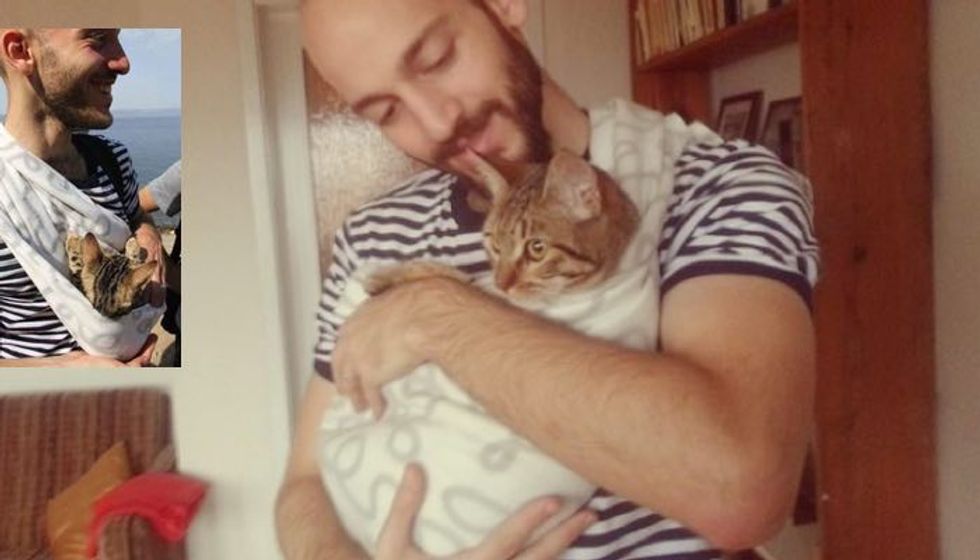 Cat Reunited with Syrian Refugee After Being Separated for Three Months

Syrian refugee Moner Al Kadri and his cat were separated when they arrived in the refugee camp in Suhl, Germany. After nearly three months of waiting and hoping, he and his wife were finally reunited with their beloved cat Zaytouna - Olive in Arabic.

Al Kadri carried his cat with him when he and his wife travelled on a boat to Greece. When they arrived at the refugee camp in Suhl, Germany, their cat was taken away by the German authorities and put in quarantine.

The couple did not speak German and were devastated and wanted to know when they would get their cat back.

"We do not have kids yet," Al Kadri told BuzzFeed News in October. "We only have Zaytouna. We need to get her back."

The camp conditions were deplorable, so the couple fled and sought help from the German immigration activists who helped them find an apartment to stay.

Around mid December, they were surprised by a visit from a government worker who showed up with a little friend that they had been waiting for - It was Zaytouna.

"The first thing she did was come crawl into bed with us," Al Kadri said. "She remembers her name, she knows she is with her family."

Al Kadri was told that when people bring their pets from Syria, most likely they will be put down due to "risk of diseases coming in from other countries."

"I don't know why it didn't happen to her," he said, "but she is healthy and with us, and I haven't felt this happy in a long time."

The government worker brought along some cat food, treats and toys. "She said, 'She is so strong, running and jumping everywhere, and she loves the water!'" Al Kadri told BuzzFeed News shortly after the reunion. "I said, 'I know! That is my cat!'"

The past few months have been very difficult for the couple, but now that they have their cat back and a place to live, they are just happy.

"I haven't felt this happy in a long time!"