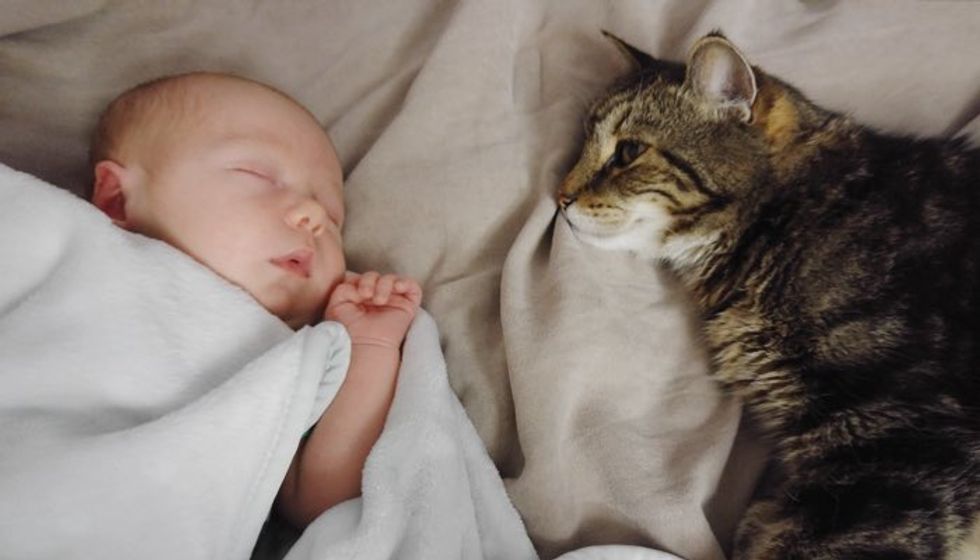 Admiral the cat waited for nine months to meet his new buddy. He seemed to know all along that there's a little human in the mom's belly.

They adopted Admiral at the shelter when he was five years old. When Raven was expecting a child, Admiral seemed to know something was different about her.

He became very attached to her belly, constantly snuggling with it and singing to it the song of purrs. When Raven was resting, you could find Admiral staying by her side like a magnet, keeping her company.

While the baby bump was growing, Admiral's affection grew too. He began to cuddle the belly with his paws and spent more nap time hugging the baby bump. (More info: imgur | reddit)

At 9 months pregnant, whenever Raven was having contractions, Admiral came to offer some love and purrs.

Then the baby was born... Admiral became his little human's guardian angel. You can't keep them apart!

This is their day-to-day life now. Their bond and friendship is unbreakable.