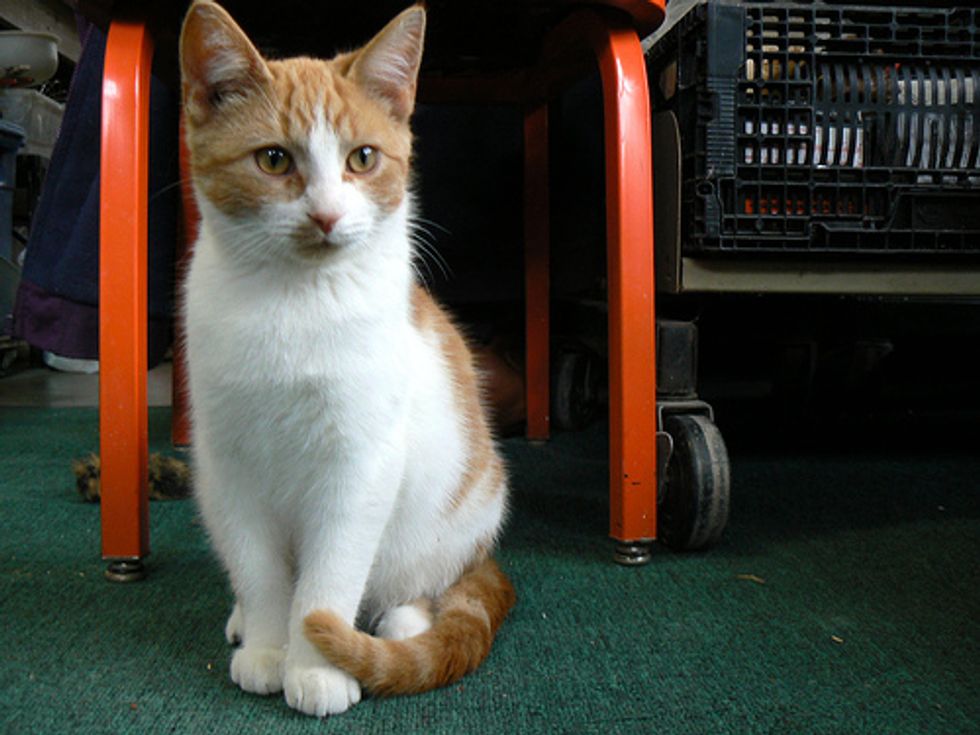 A kitty went missing when the family was moving to another town. Not knowing what to do, the family was surprised that one day the cat appeared on the doorstep of their new apartment which is miles from where they used to live [RT.com].

A cat from Russia’s Siberian Krasnoyarsk region has travelled more than 70 km looking for his masters, who’d moved to another town.

The animal did not take up the long journey in vain and he was finally reunited with his lost ‘family’.

They all used to live in the town of Divnogorsk, not far from Krasnoyarsk, but the family had to leave it for another town of Sosnovoborsk. In the rush nobody noticed the cat had gone missing.

“We were searching for him for quite a long time but we never found him,”says Sergey Minskikh.“The children were very unhappy. They loved the pet. He has been living with them for five years.”

To the family’s surprise and joy the cat appeared on the doorstep of their new apartment three months later, when everyone had lost any hope of seeing it again.

The poor animal was very skinny and looked worn out, but was apparently no less happy than his masters.

It has now become the talk of the town, receiving regular visits from the neighbours and friends of the Minskikh family. He enjoys the attention – without leaving the apartment, though.