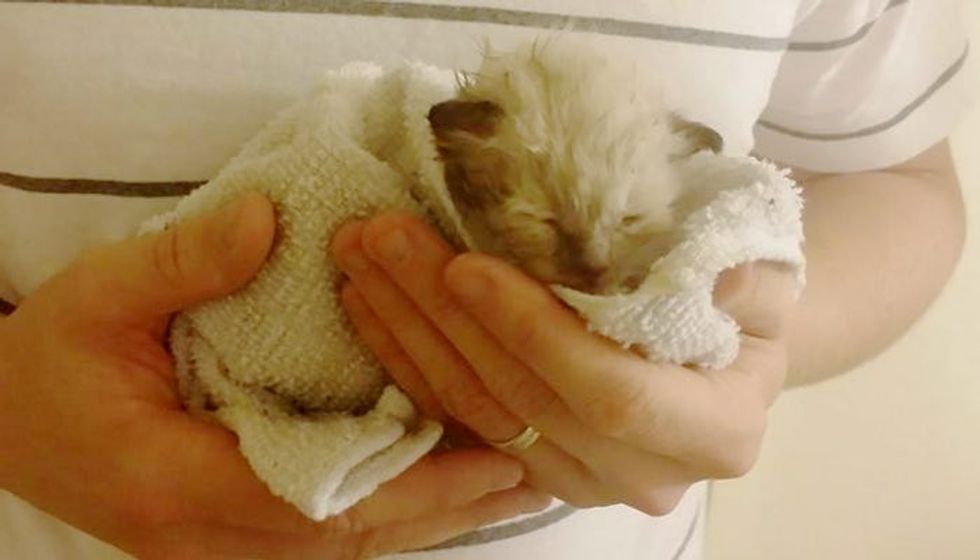 Couple Save Kitten from Thunderstorm with Stray Mama's Help

A couple heard a kitten cry in their yard during a thunderstorm. When they went out to investigate, they saw a stray mama cat trying everything she could to save her baby. 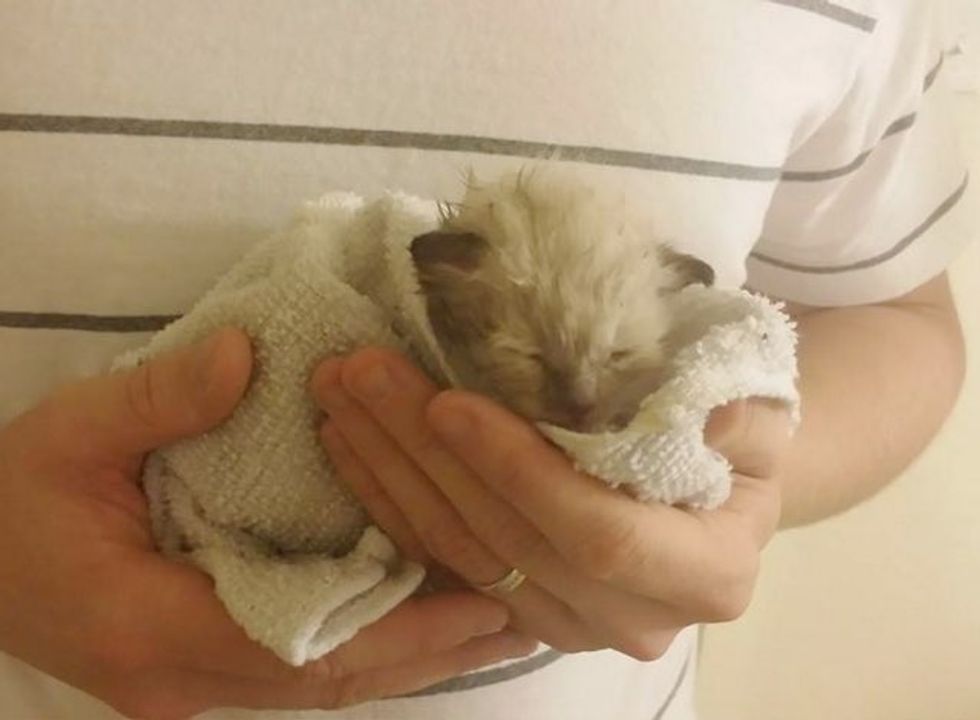 It was a thunderous night when a couple heard a crying kitten outside their house. "Upon investigation, under the giant tree like bush in our front yard we found one of our outside stray cats trying desperately to clean and shield this kitten from the storm," the couple said. (more info: imgur)

The wife crawled under the bush to retrieve the kitten who was soaked and dirty, screaming on top of his lungs. The couple brought him in and cleaned him up. 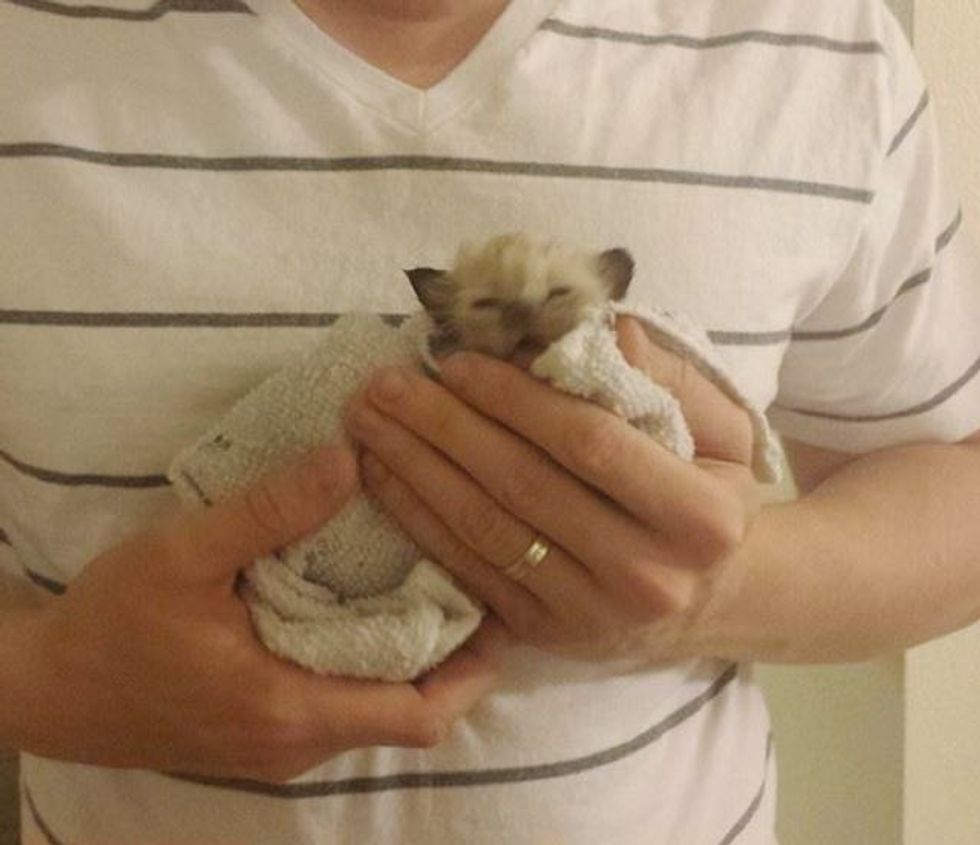 After drying the kitten with a few towels, they cradled him in a soft blanket and brought him outside to show the mama cat that her baby was ok and taken care of.

"She didn't seem as mad this time when we took (him) back in." 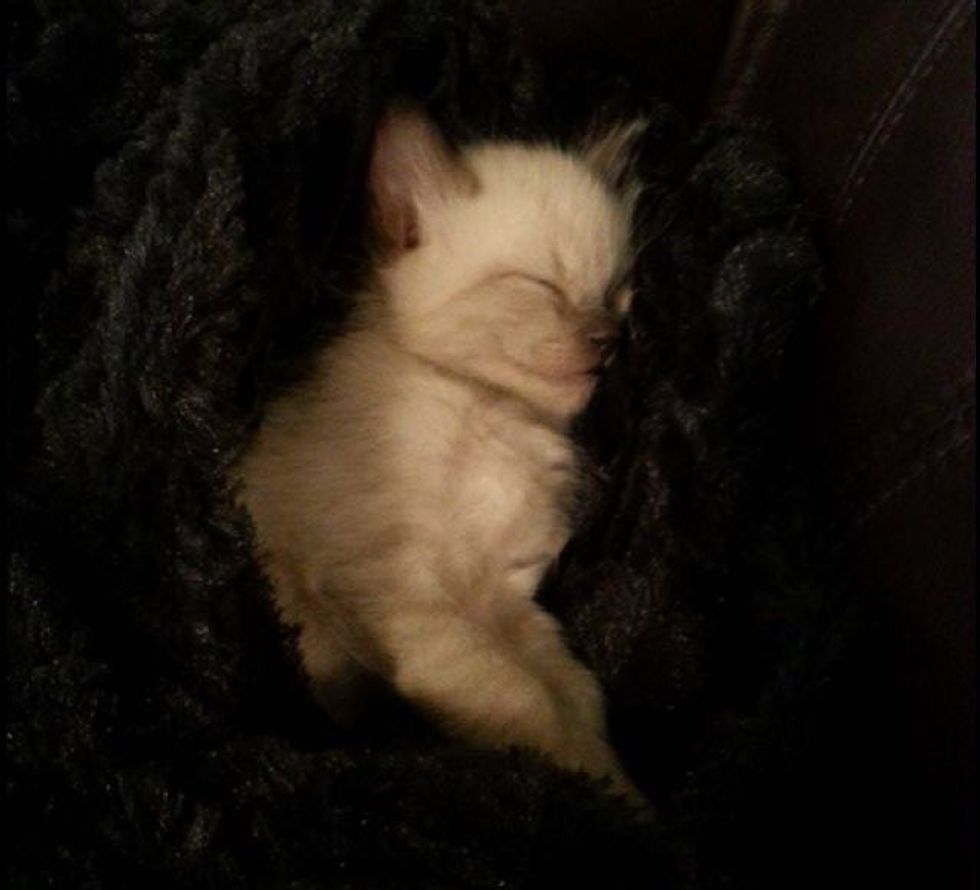 The wife stayed up that night bottle feeding the kitten and keeping him warm. The next morning she left the front door slightly open, hoping the mama cat would return.

"Thankfully Fay (the stray mama) went in and decided this was her new home and started nursing. I had spent the days after that checking on them every few hours, making sure everyone was alright. As much as I'd like to keep her inside, bottle feeding constantly would not be in her best interest when the mother is outside.

"Over the next few days I'd keep an eye on them, bringing the kitten in and out of the heat when Fay wasn't around."

The kitten learned to eat on his own by trying the cat food they left for their two cats and started exploring around the house. 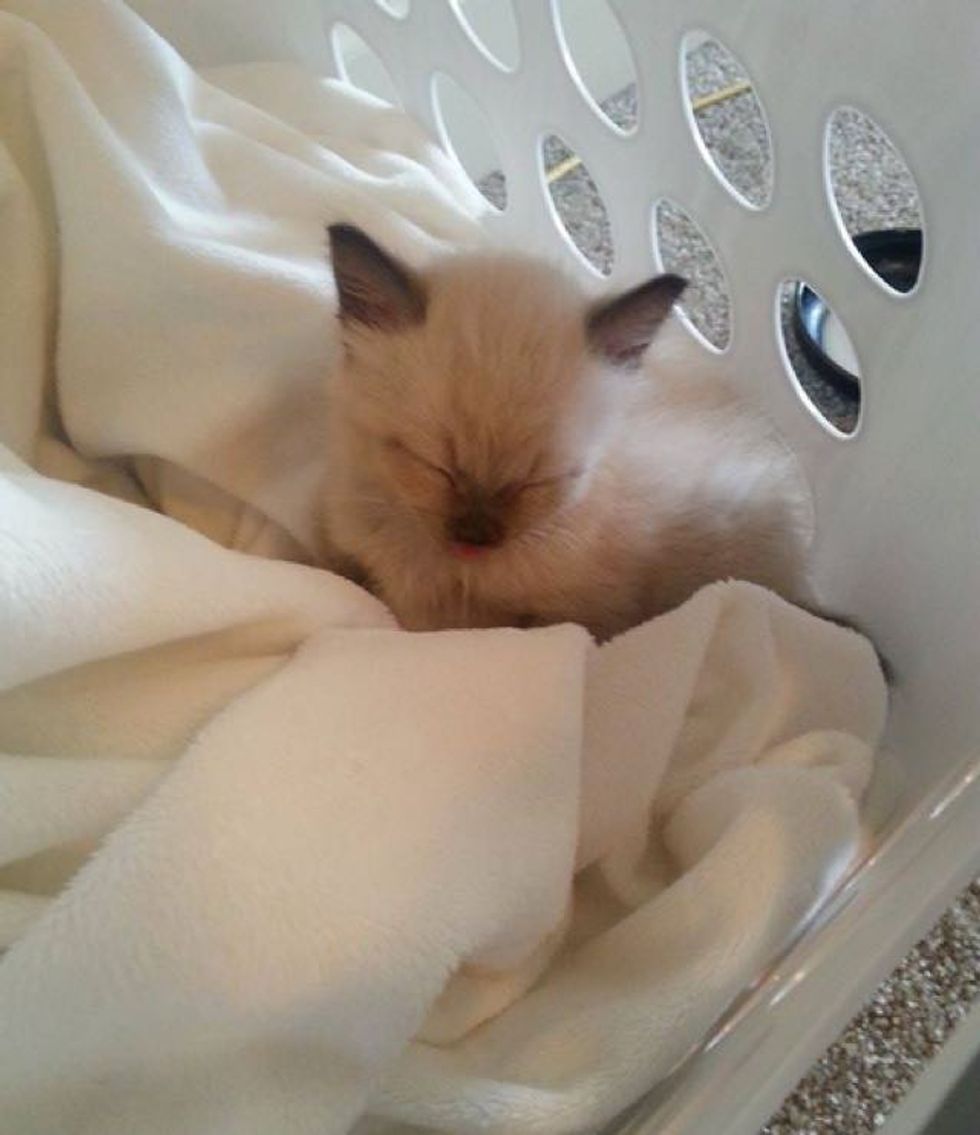 "She's climbing and running around! So much progress!" 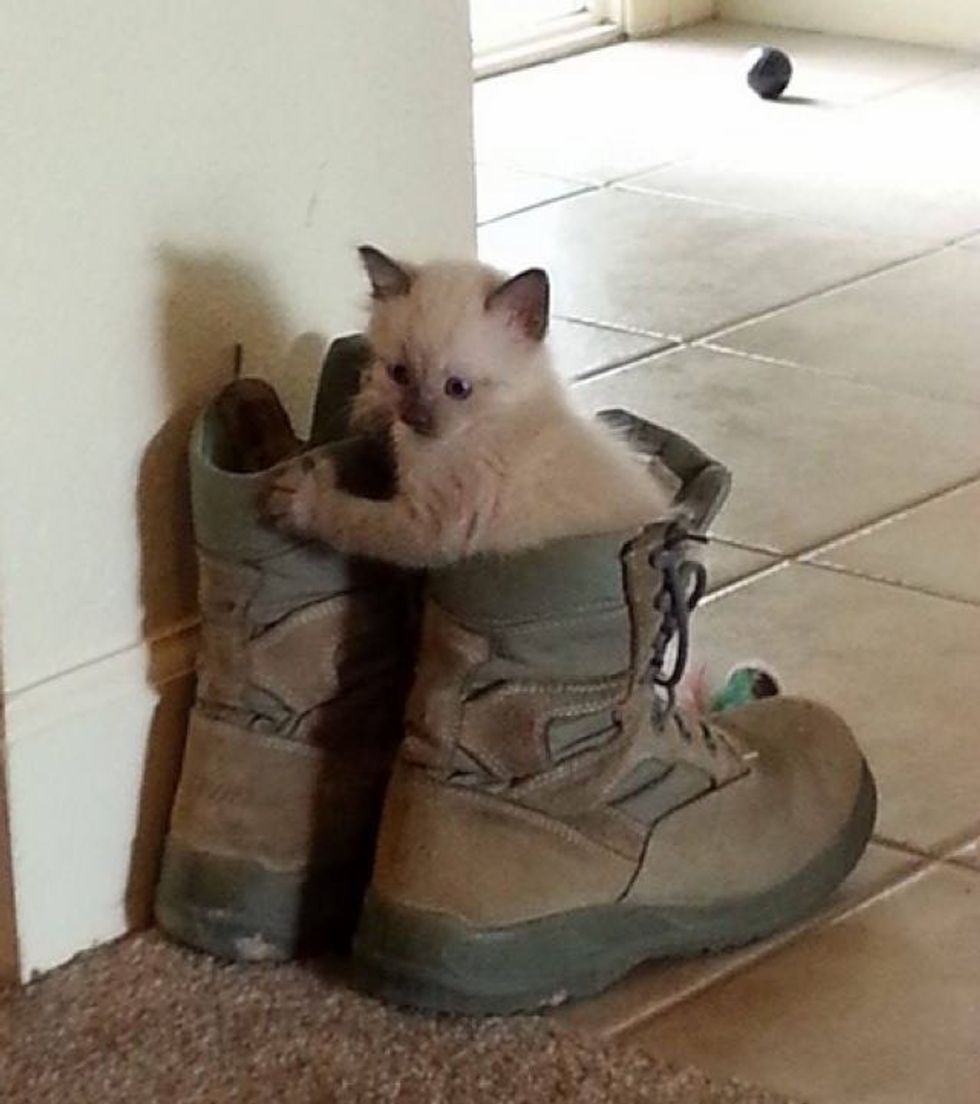 At the time, the couple were only allowed two pets in their home, so they found the kitten a foster family until they could find him a forever loving home.

They named him Snowflake! 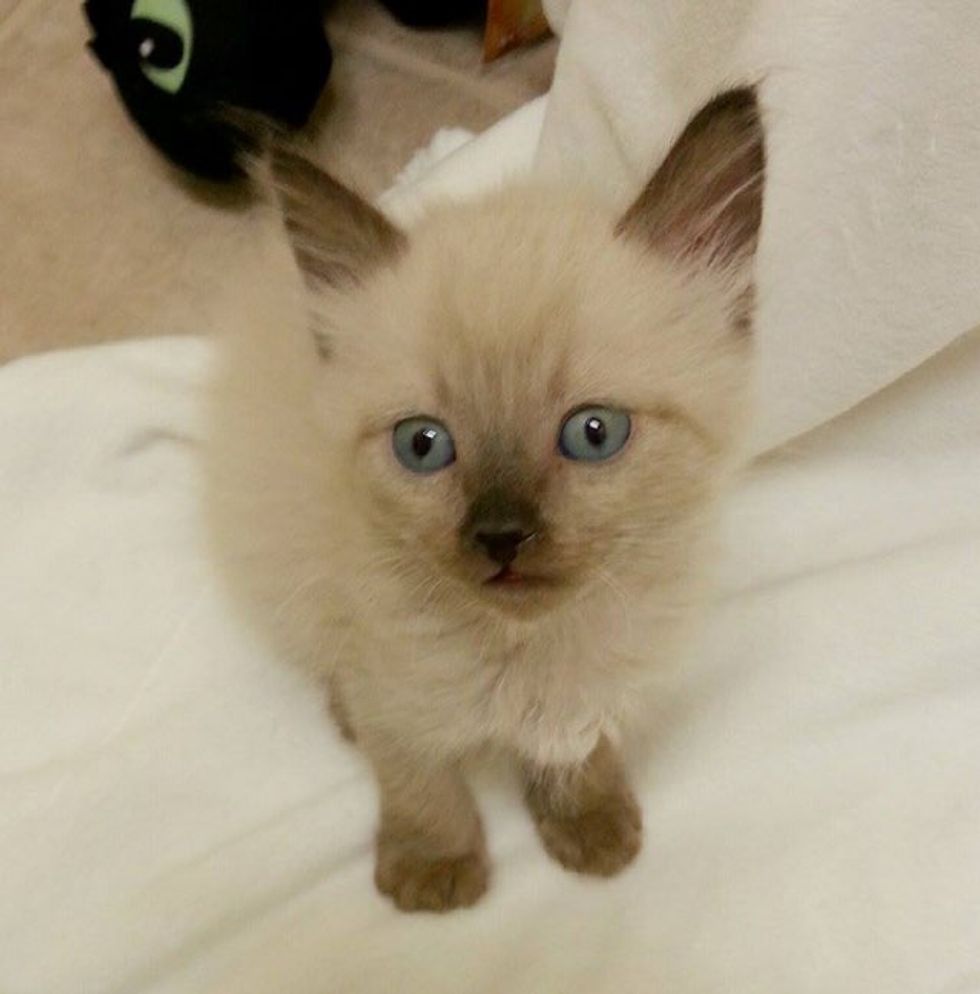 Soon they realized that Snowflake didn't want to be anywhere but to be with them. He even bonded with their resident cat. 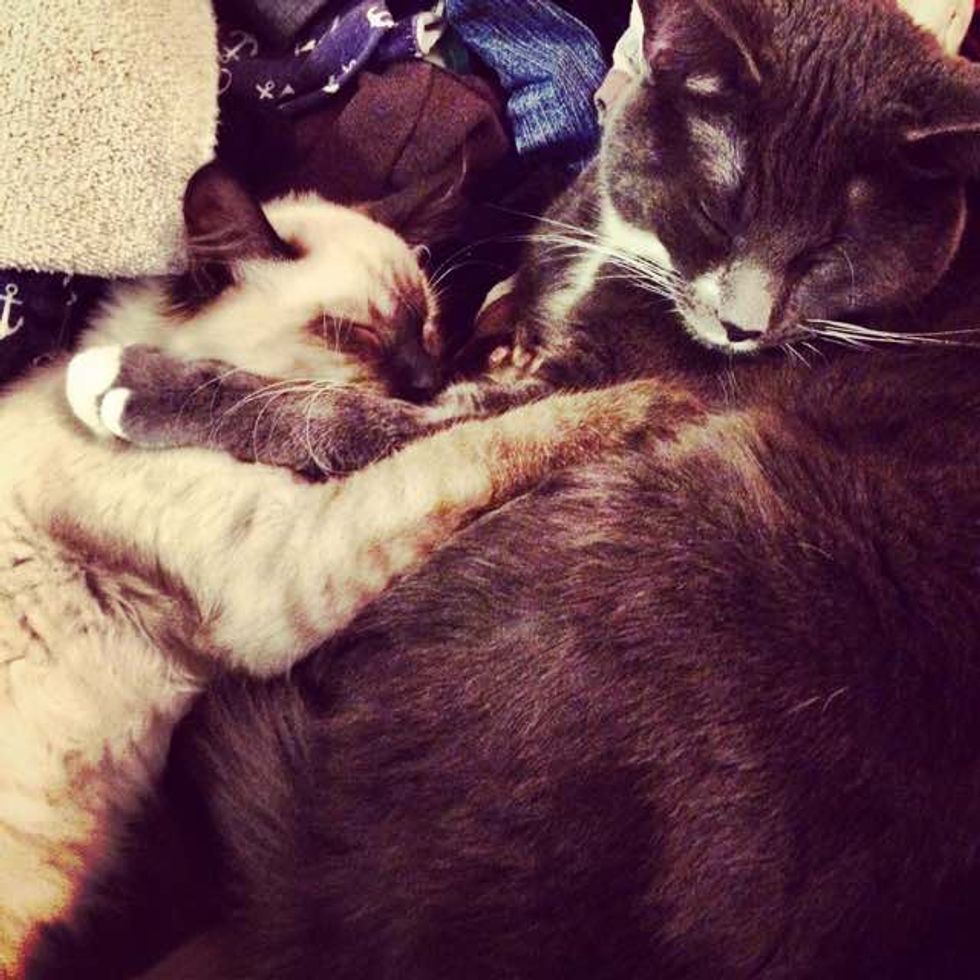 Despite trying to find Snowflake a good home, the kitty ended up coming back to them where he belongs. "We ended up keeping him.... I love him!" the couple shared the update with Love Meow. 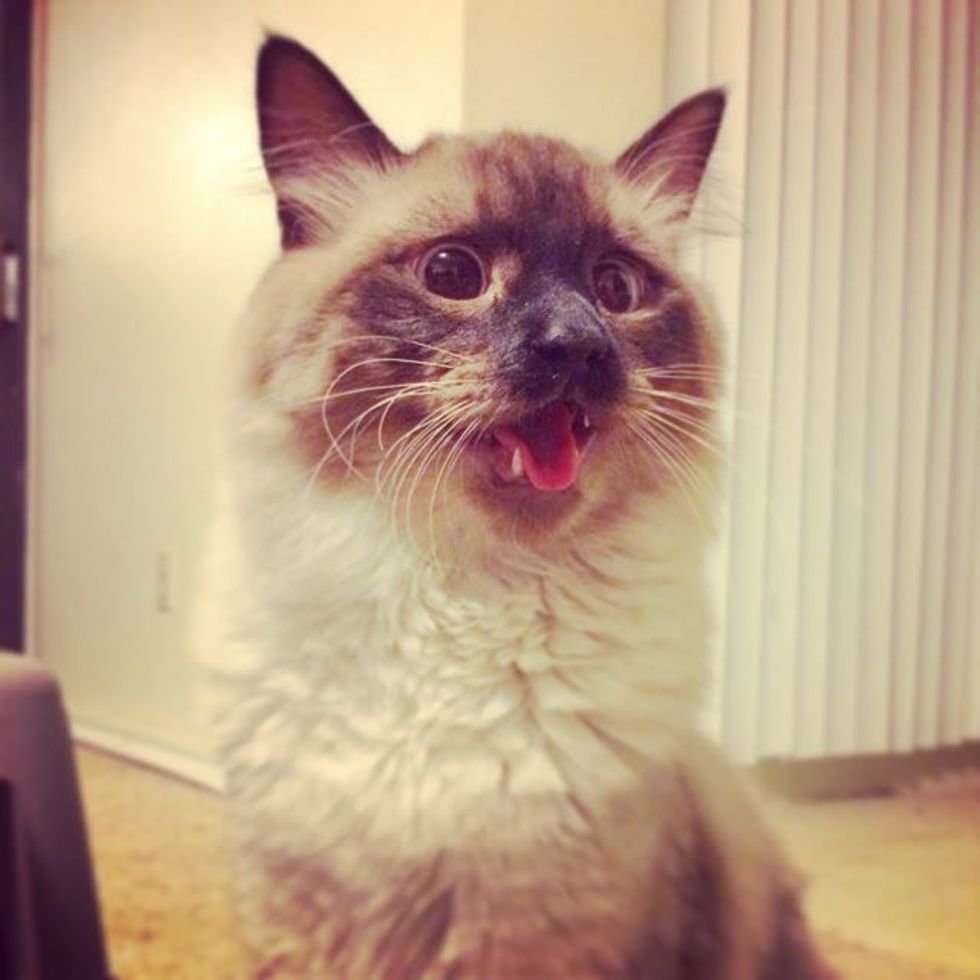