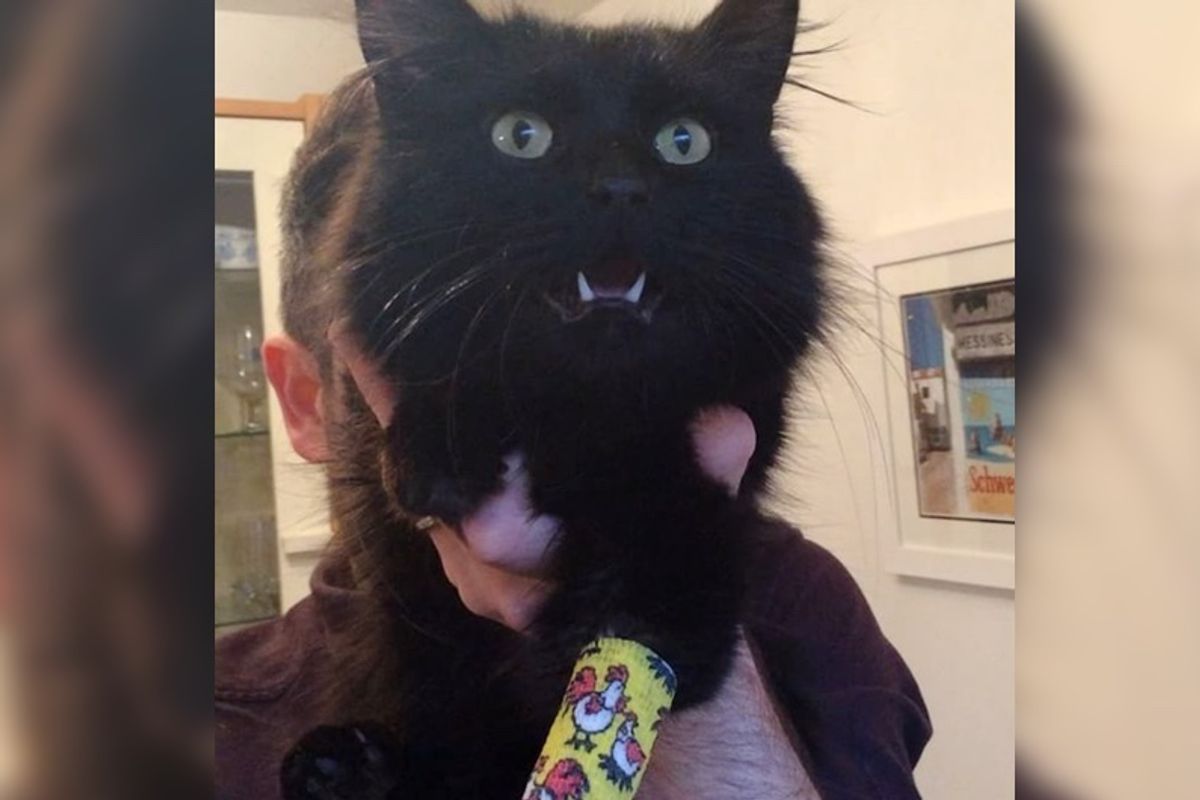 Cat Who Was Left Behind By His Own Family, Walks Up to Couple Meowing for Help..

A fluffy black kitty was confused and alone after the only family he knew had left him behind. As he wandered in the neighborhood looking for food scraps, a couple came up to him and turned his life around. 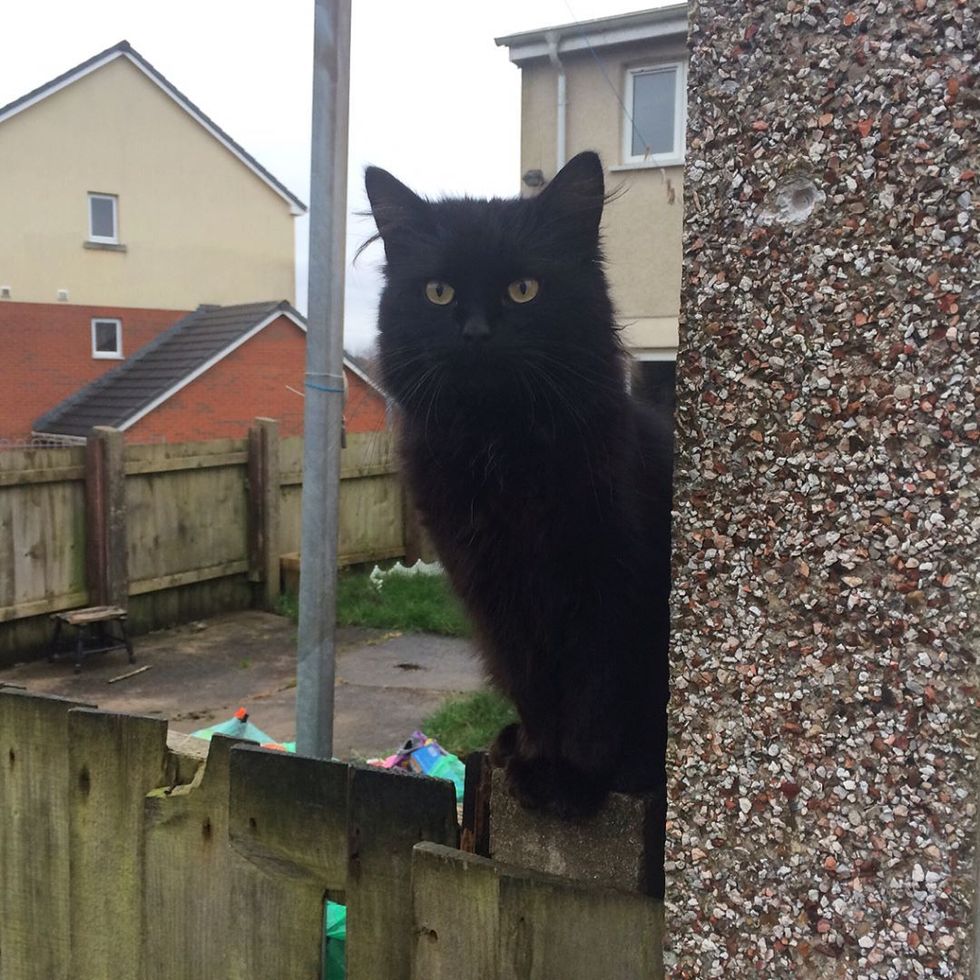 The 2-year-old kitty was found in a ramshackle outhouse on 3 March this year after his humans left their old house and him too.

"Alfie is an abandoned cat... His owners had moved out and left him behind. He was discovered, hungry and lonely, two weeks later," Rachel Reynolds told Love Meow.

Rachel and her husband Ben learned about this sad little kitty and went straight from work that evening to his rescue. What they found was the sweetest and fluffiest little guy who didn't belong to that vagabond life. 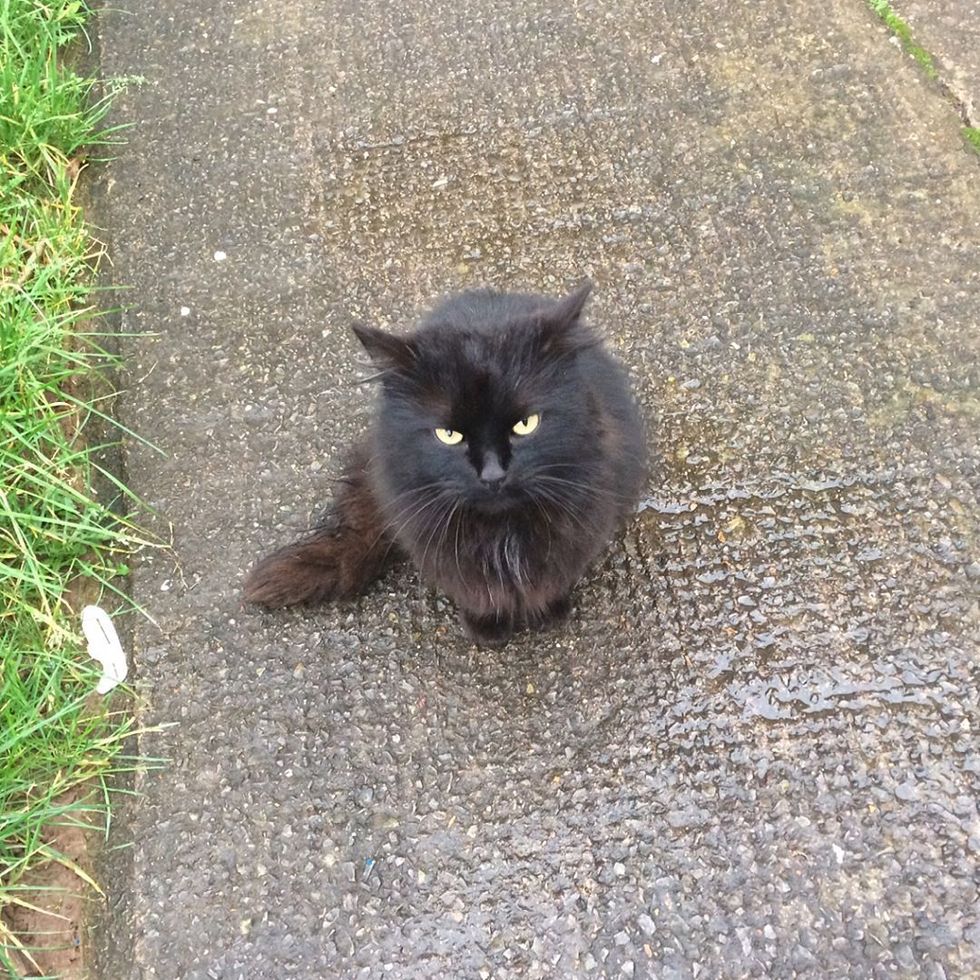 The couple knew that he needed a home and their cat, Conrad, could have a new brother, too.

"We named him Alfie since this is an anagram of 'a life'. We wanted to portray that this gorgeous floofball was deserving of 'a life' filled with happiness and that he wasn't just a statistic," Rachel told Love Meow. 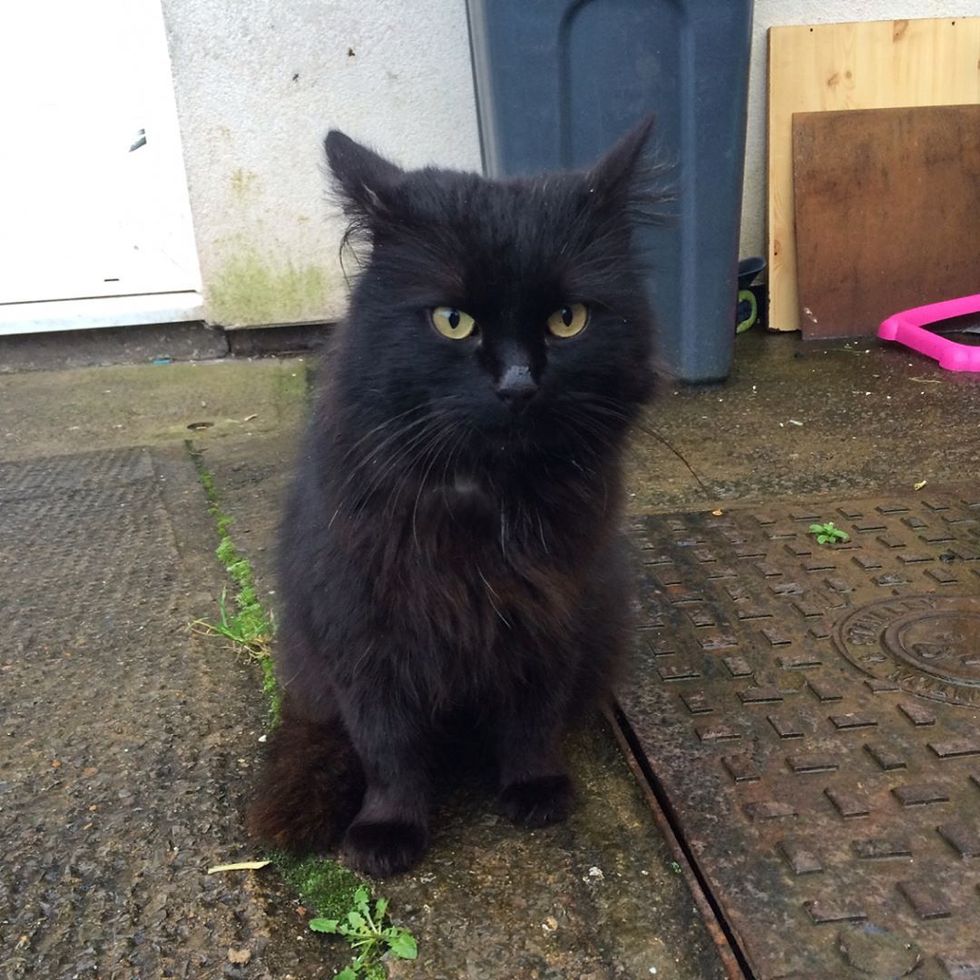 Alfie walked up to Ben and gave him a little chat.

They gave the little guy a huge feed, and Alfie was so hungry that he scarfed it down as if he hadn't eaten in ages.

What they didn't know at time was that Alfie came with some health issues that would almost robbed him of his life. 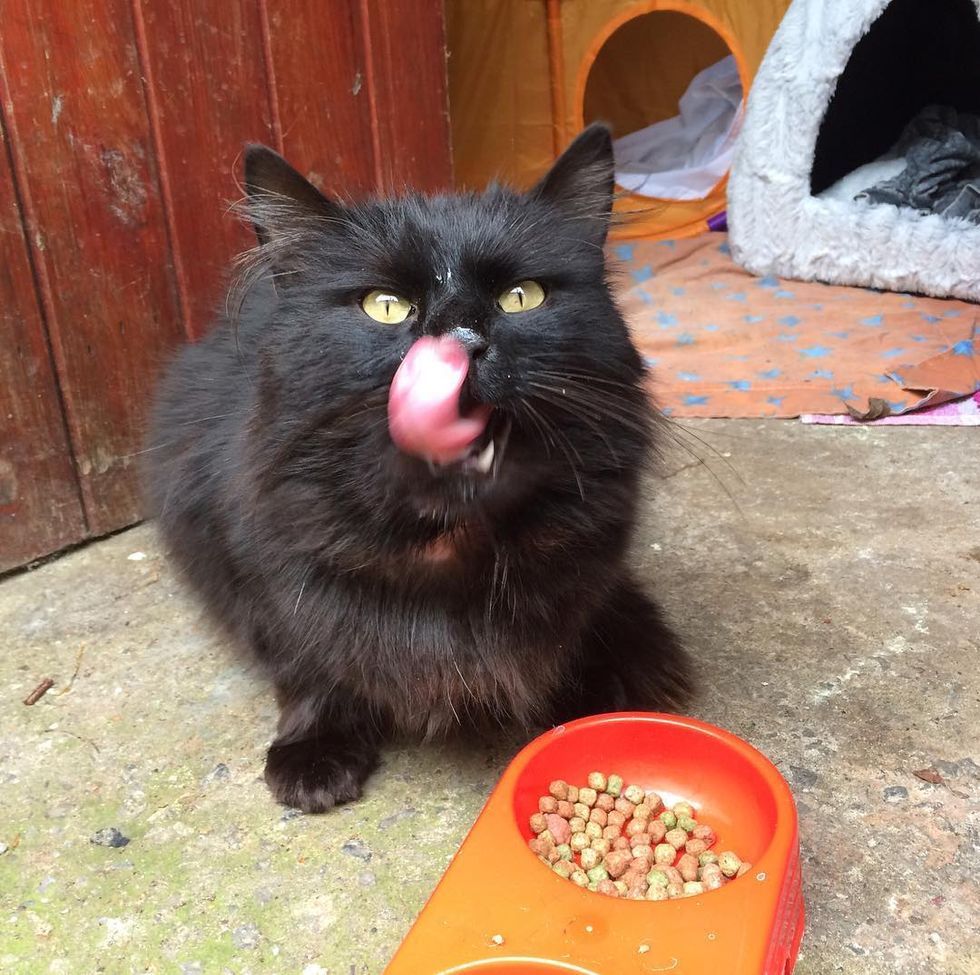 "We found out he was un-neutered and unvaccinated. Luckily his bloods came back negative and he got his first ever vaccinations," Rachel told Love Meow.

"He was due to be neutered when he became very poorly with a blocked bladder, likely through stress from the abandonment." 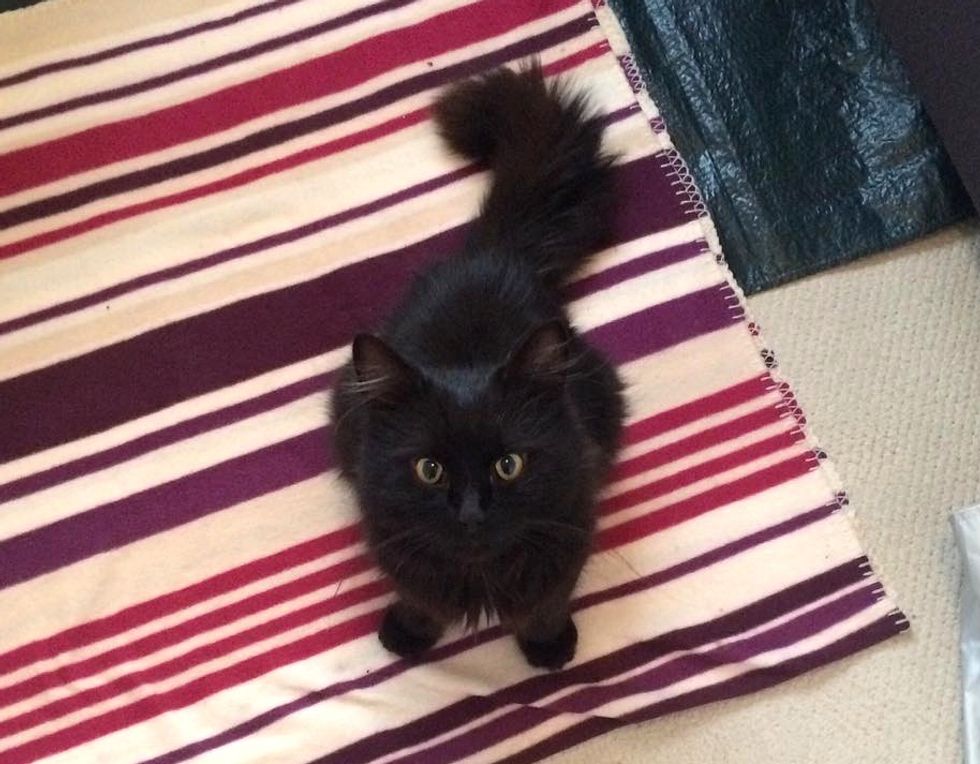 They immediately sought treatment for him. After having surgery and being put on a catheter, it was touch and go for a while, but the fluffy boy hung in there and kept fighting along with his loving humans.

Despite it all, Alfie faces every hurdle with purrs and snuggles, he got his strength from his new family who will never give up on him. 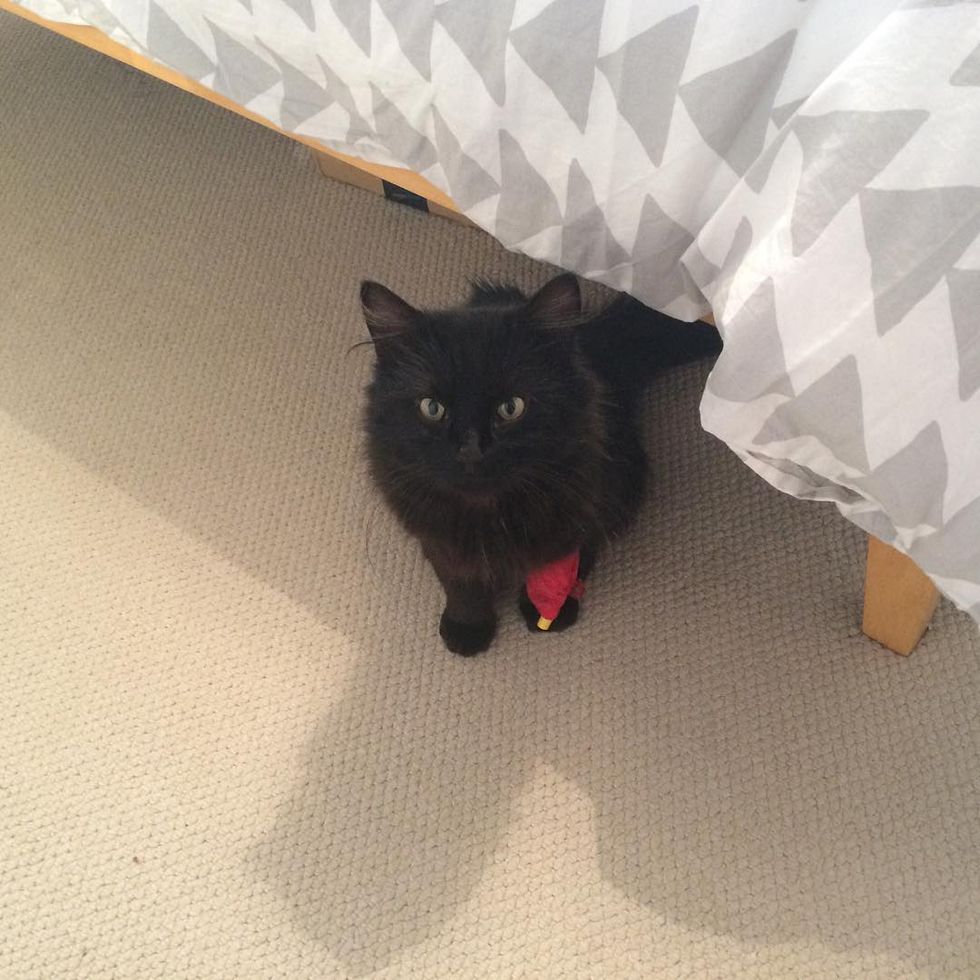 "Alfie's now receiving specialist treatment at a feline centre of excellence in the UK and is on the road to recovery. We're hoping he'll soon be able to come and live in his furever home with his new brother Conrad!"

The couple took Alfie off the streets and are fighting alongside him for a happy, healthy life. Every day they reassure him that he is loved and he belongs. 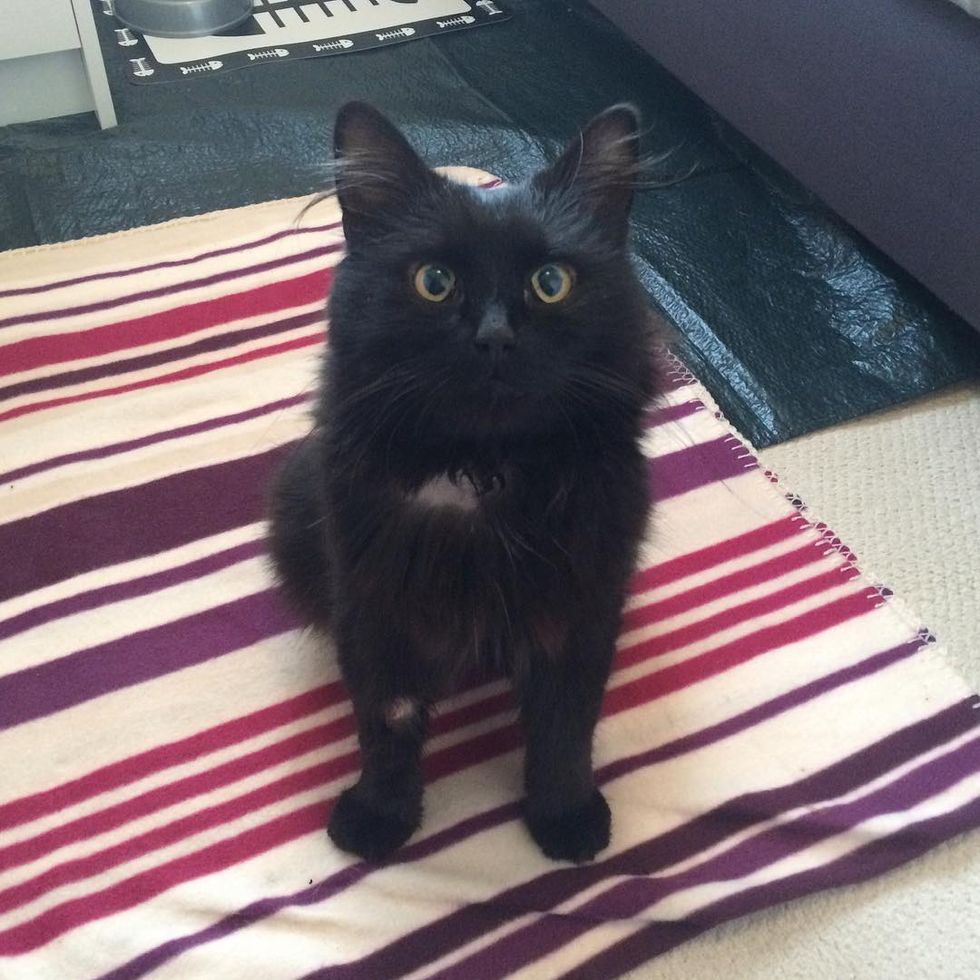 While recovering, Alfie likes to be held up high to watch his favorite bird TV and chatter along.

Related story: Stray Cat Walks Up to Police Meowing for Help and Gives Them the Most Wonderful Thing