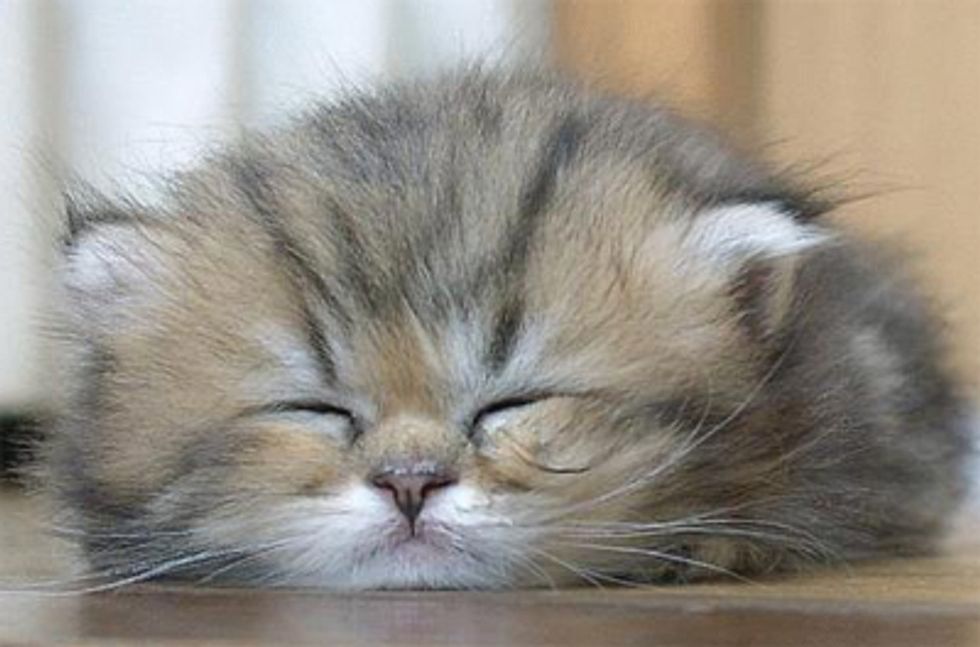 Do Cats Dream When They Sleep

Have you noticed when cats sleep, they make subtle movements with legs, paws, whiskers or even murmur or chatter a bit in the course of their sleep? It is very likely that they are reliving an experience they had in their wild imagination - dream.

Cats do dream. There is scientific evidence that cat's brain can formulate dreams during sleep. In humans, there are 5 stages of sleep where the fifth stage, AKA REM (rapid eye movement) is where dreams occur. Similarly, cats have 2 types of sleep - REM and non-REM (deep sleep). Cats usually stay in REM sleep for about 30 percent of their sleeping time. The brain wave patterns displayed by a sleeping cat are comparable to that in humans. However, humans only spend about 20 percent of our sleep time in REM stage except for human babies that have 80 percent of their sleep in REM.

During REM stage, cats display an array of body movements that indicate of them dreaming. Cats dream of things that they have experienced previously. As they slumber, they twitch their tail and whiskers, extend and retract their claws, raise their lip, and/or even start having nuance of murmuring or chattering. Just like humans, cats' brain emits a substance to refrain them from vividly acting out the stories in their dream. However, it does not stop them from showing clues of them reliving a scenario or enacting an imaginary story.

As we know that chattering in cats is a sign of frustration when they spot a prey but are unable to reach it. Our cat may unveil that moment in its dream by lifting its upper lip to expose "their canines", having intermittent chattering while slashing its tail side to side. If your cat is dreaming about prowling and pouncing on a prey, its tail may twitch, whiskers wiggle, eyes move suddenly behind their closed eyelids. The range of dreams cats can come about are limitless.

In the non-REM stage, cats are in deep sleep. This means their body starts repairing itself where the energy level is being replenished, immune system bolstered and muscles and bones regenerated. Cats usually sleep for approximately 16 hours per day, so you may be able to catch them dreaming quite easily. With all the cues you observe from their subtle body movements, you may be able to construe what their dream is about.