Family Saves Kitten Hanging onto Oysters and The Kitten Couldn't Stop Thanking Them...

Last Sunday a family was out boating in Beaufort County, South Carolina. As they were approaching the McTeer Bridge, they saw something that appeared to be an octopus at the bottom of the bridge.

When they got closer, they realized that it was a tiny furry animal clinging to the oysters for dear life. 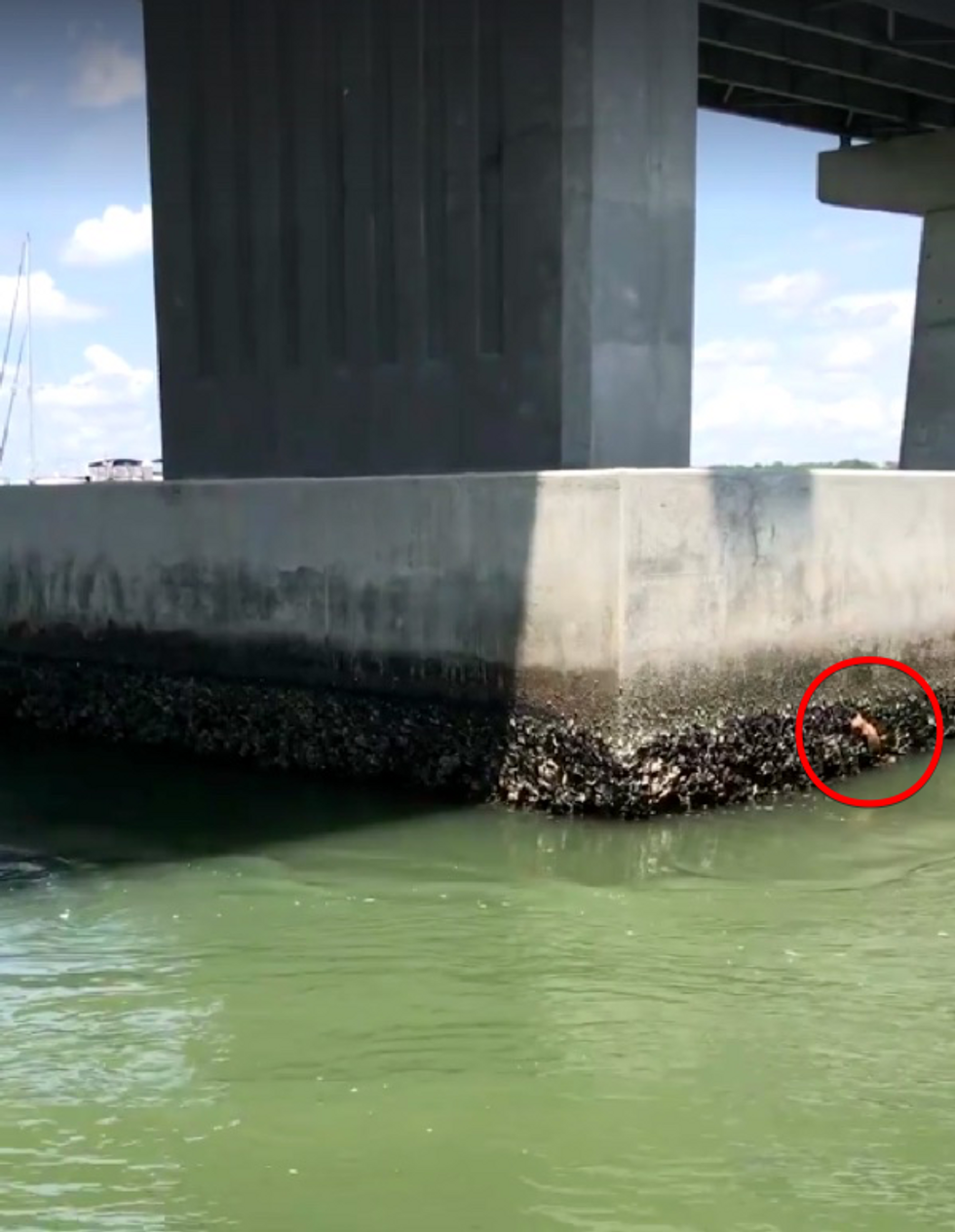 As Robert Gecy and his family brought their boat closer to the bridge, they were shocked to find a little ginger kitten who had taken refuge on the oyster pilings, hanging tight with his claws as the tide pushed up against him.

"He was clinging to the oysters and I actually thought it was an octopus or bug crab from a distance. I told my son to go see and as we got closer, we saw it was a tiny kitten," Robert told Love Meow.

The kitten was shaking and very scared. When he saw the family coming to his aid, he started meowing and crying for help. 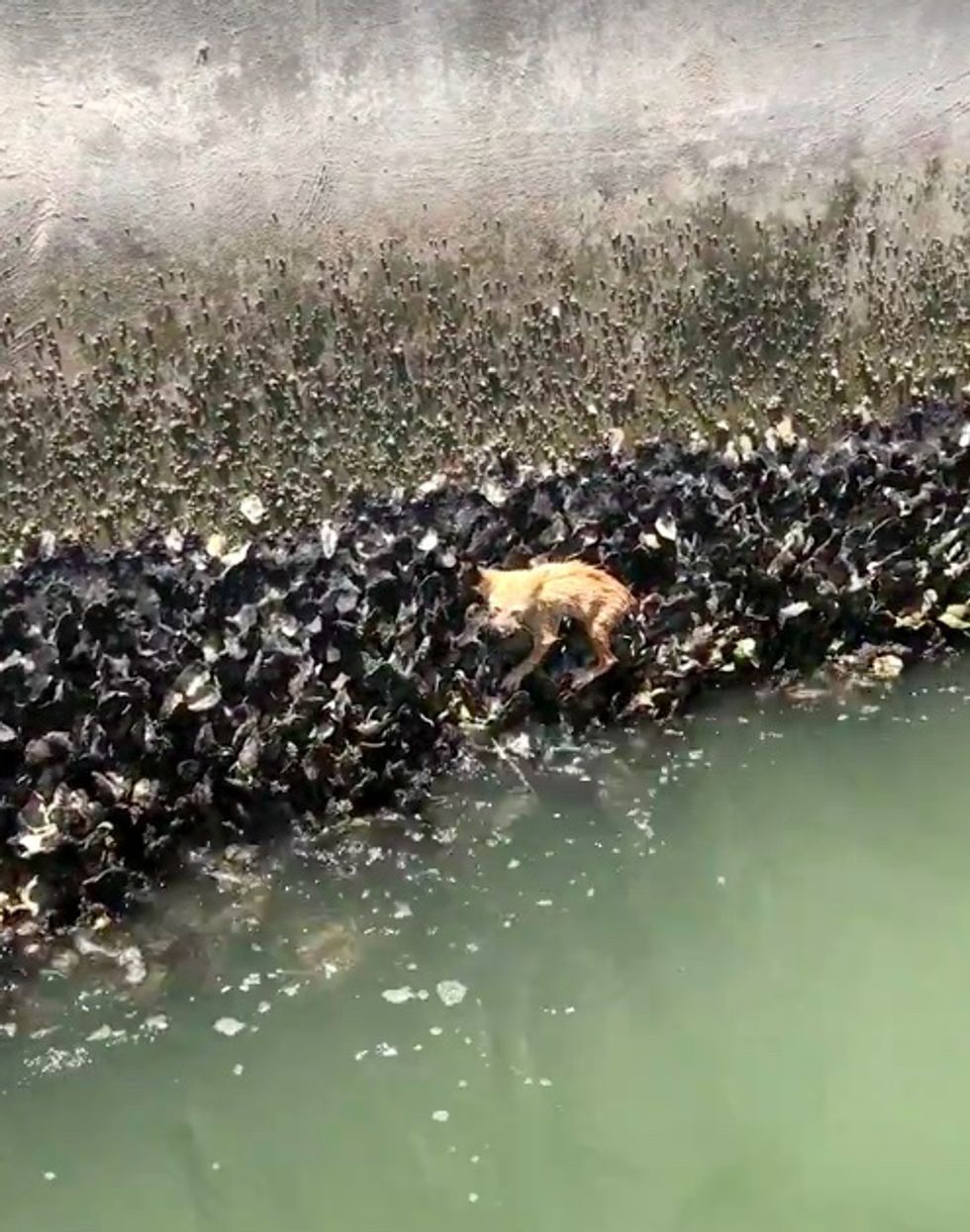 "We think someone dropped off a littler on the bridge and he fell through one of the storm drains. There was another kitten found on the bridge the same morning."

They got the kitten to safety and rowed back to shore.

The 6-week-old kitten was taken to Port Royal Veterinary Hospital (in Port Royal) where he was given blood work and chest X-rays for saline ingestion. The little guy had a few minor scrapes, but was otherwise in good shape.

"We do not know how the tyke got into this predicament on a pylon of the McTeer Bridge but what we do know now is that he's safe," the hospital said. 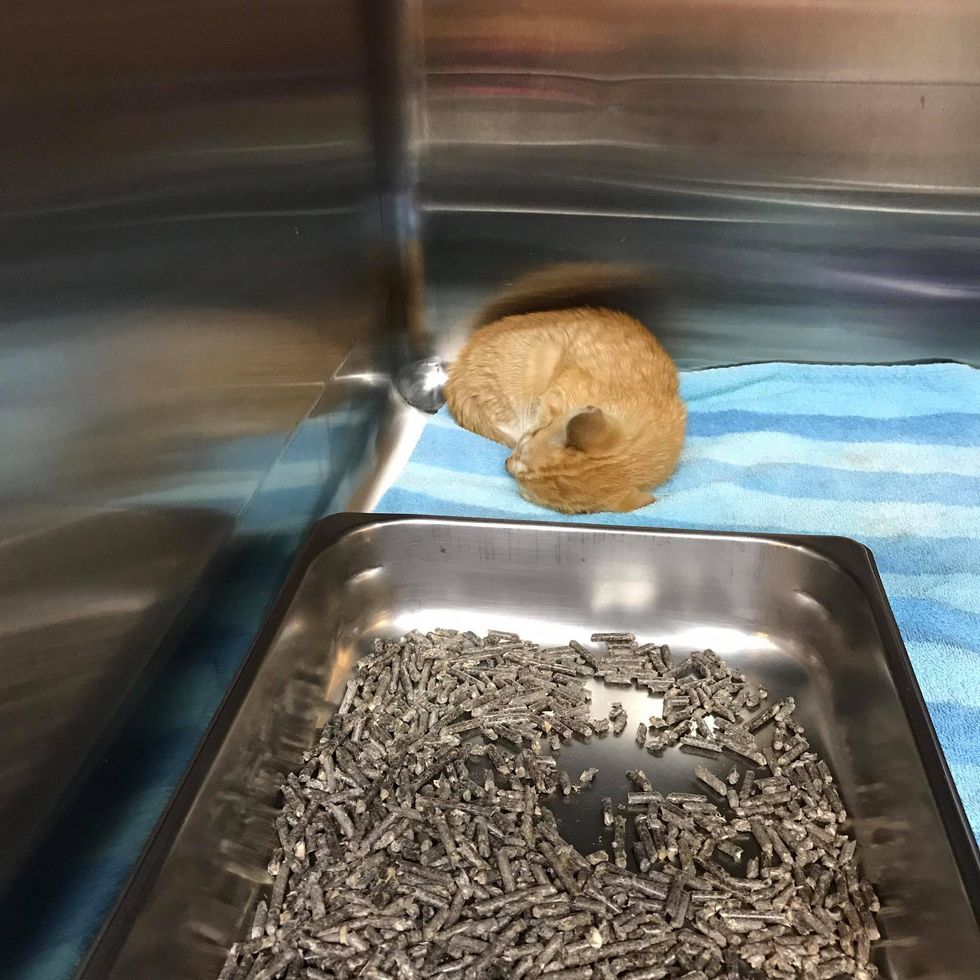 Robert and his family happily adopted the little kitten they saved from the bridge and named him McTeer. "Beaufort County is fantastic. They paid for all his vet bills and even have a $10 spay and neuter program."

After a much-needed bath, plenty of food and water, the kitten snuggled up to his humans for some TLC. 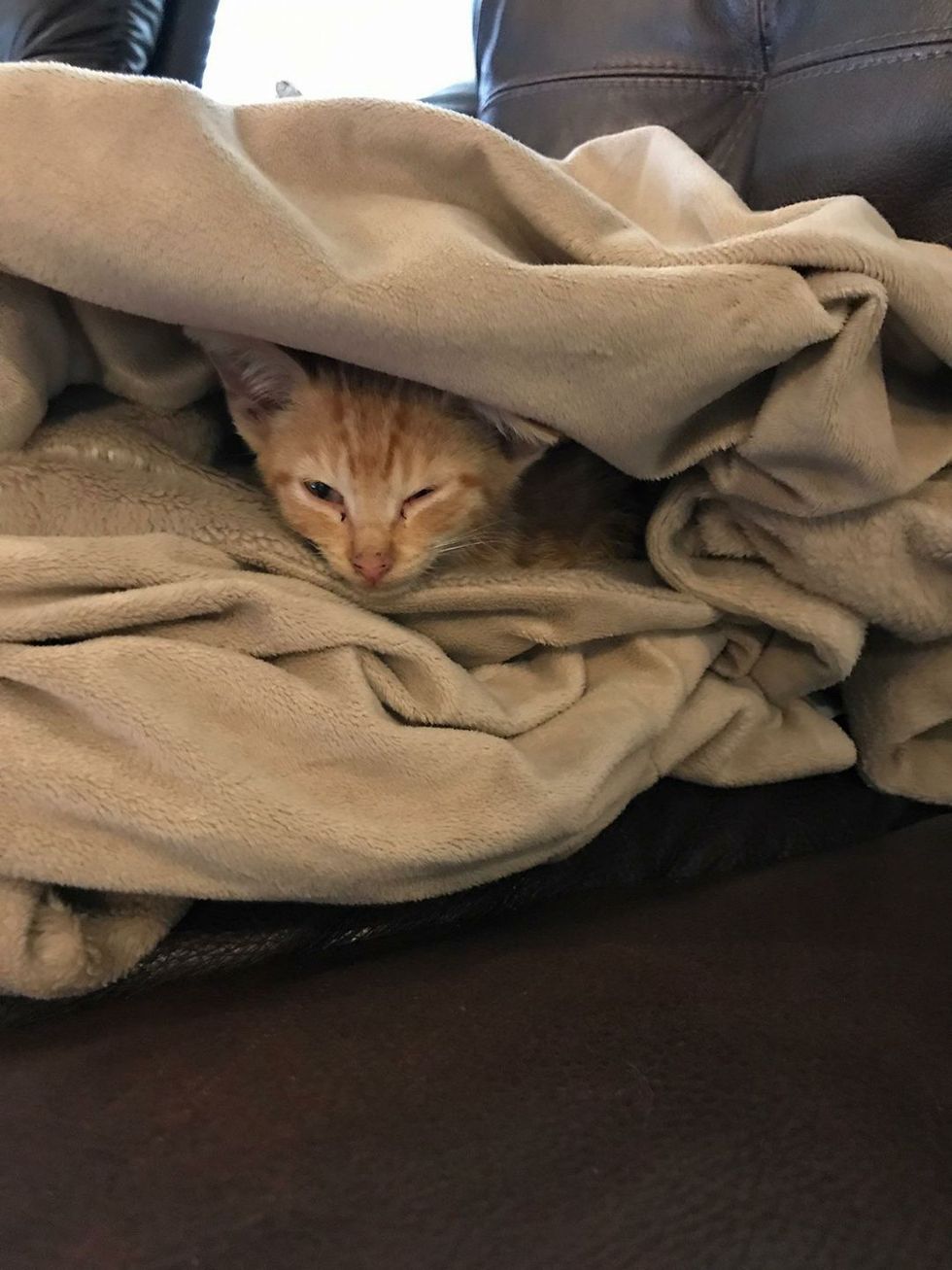 After an unthinkable ordeal, little McTeer is back on his paws and loves nothing more than snuggling with his humans.

"He is pure love! So cute and full of energy." 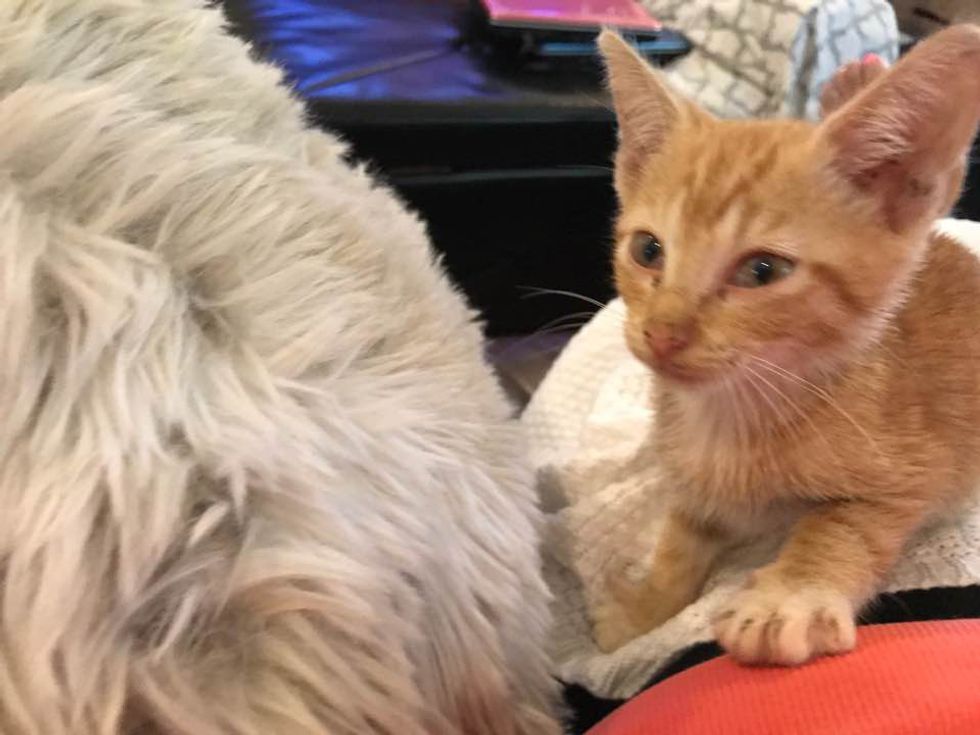 McTeer purrs and cuddles with his humans whenever he can as if to thank them for saving his life.

The little ginger boy has found his favorite napping spot. "He looked up at my son who was sitting cross-legged on the floor next to him, and crawled up in his lap," Robert told Love Meow. 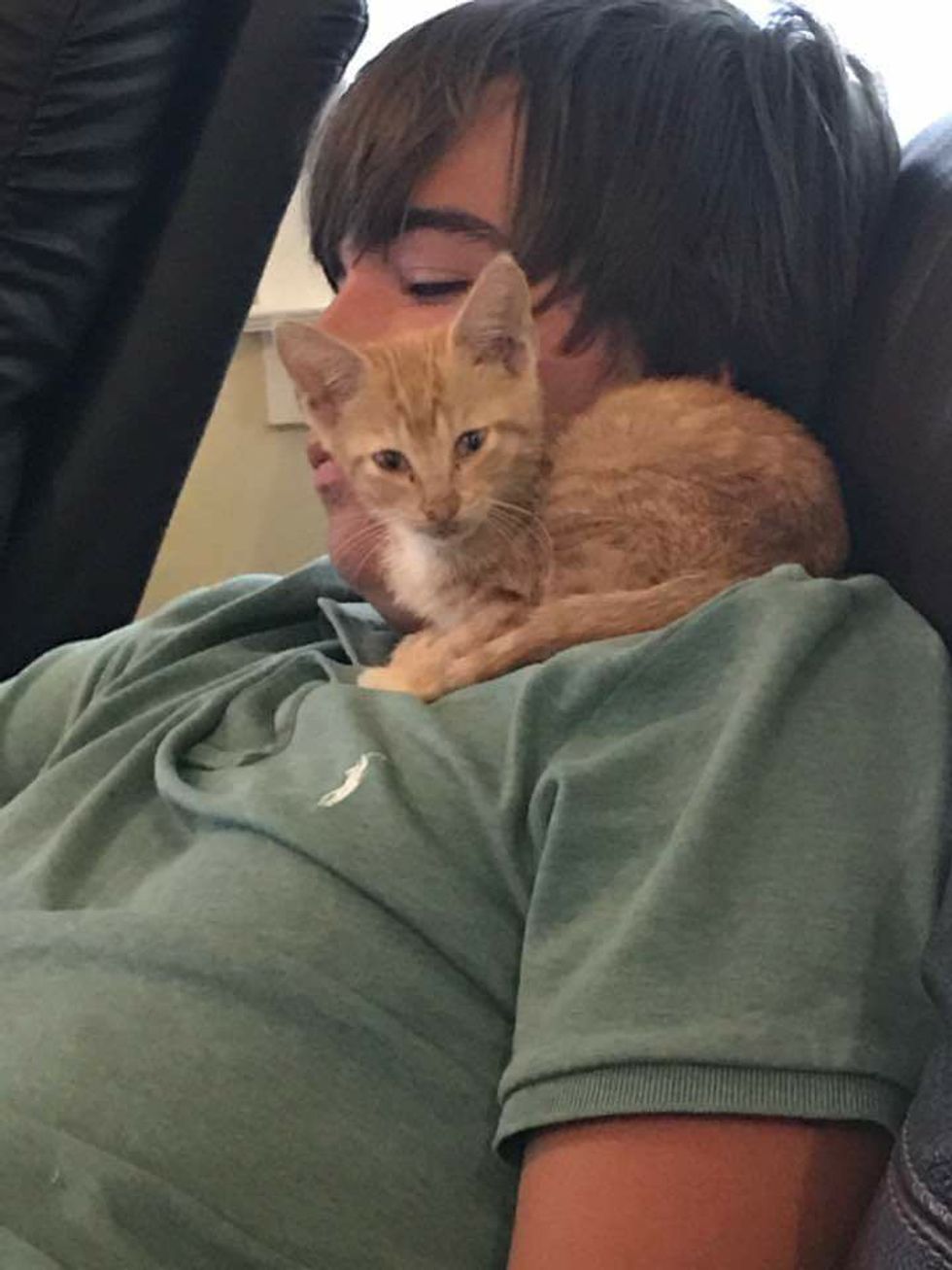 Their family cat Toby, who is also a rescue, has taken to the little kitten.

"Toby has been so good with him. He is 11 years old and acts like an old man," Robert told Love Meow. 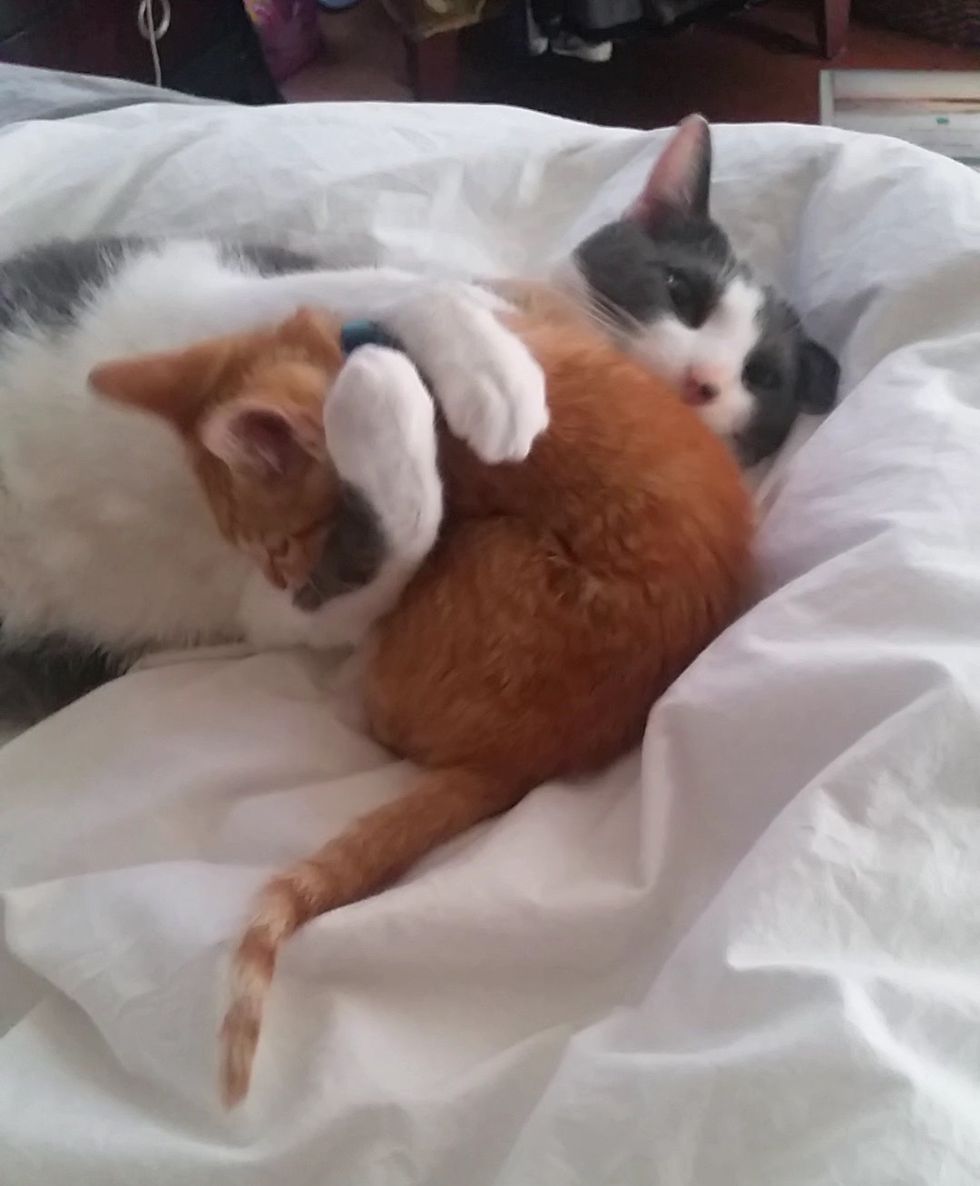 It's been two weeks since they found McTeer. The little kitten has grown by leaps and bounds.

"He meows all the time! He purrs when you pick him up and cuddle and he likes to sit on your chest up by your face. He is sociable and doesn't hide when new people come over. He loves people!" 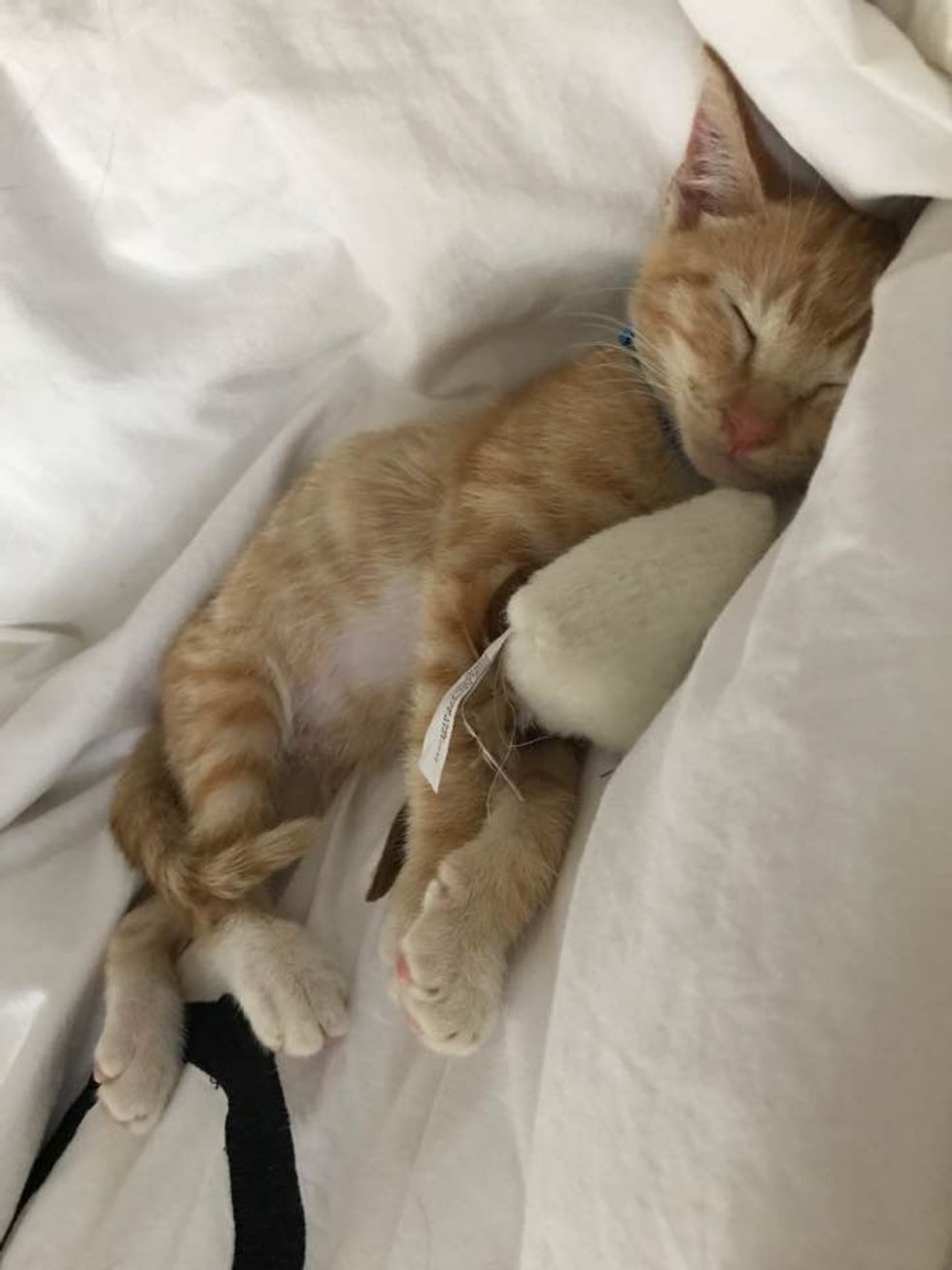 The little kitten that was saved from the bridge now gives his forever humans a wake-up call every morning at 7. He is happy and loved!

"McTeer wants to be involved in everything and has no understanding of the concept of 'personal space!' Toby is very tolerant to say the least. He sits in my lap when i get home every day... and McTeer joins in!" 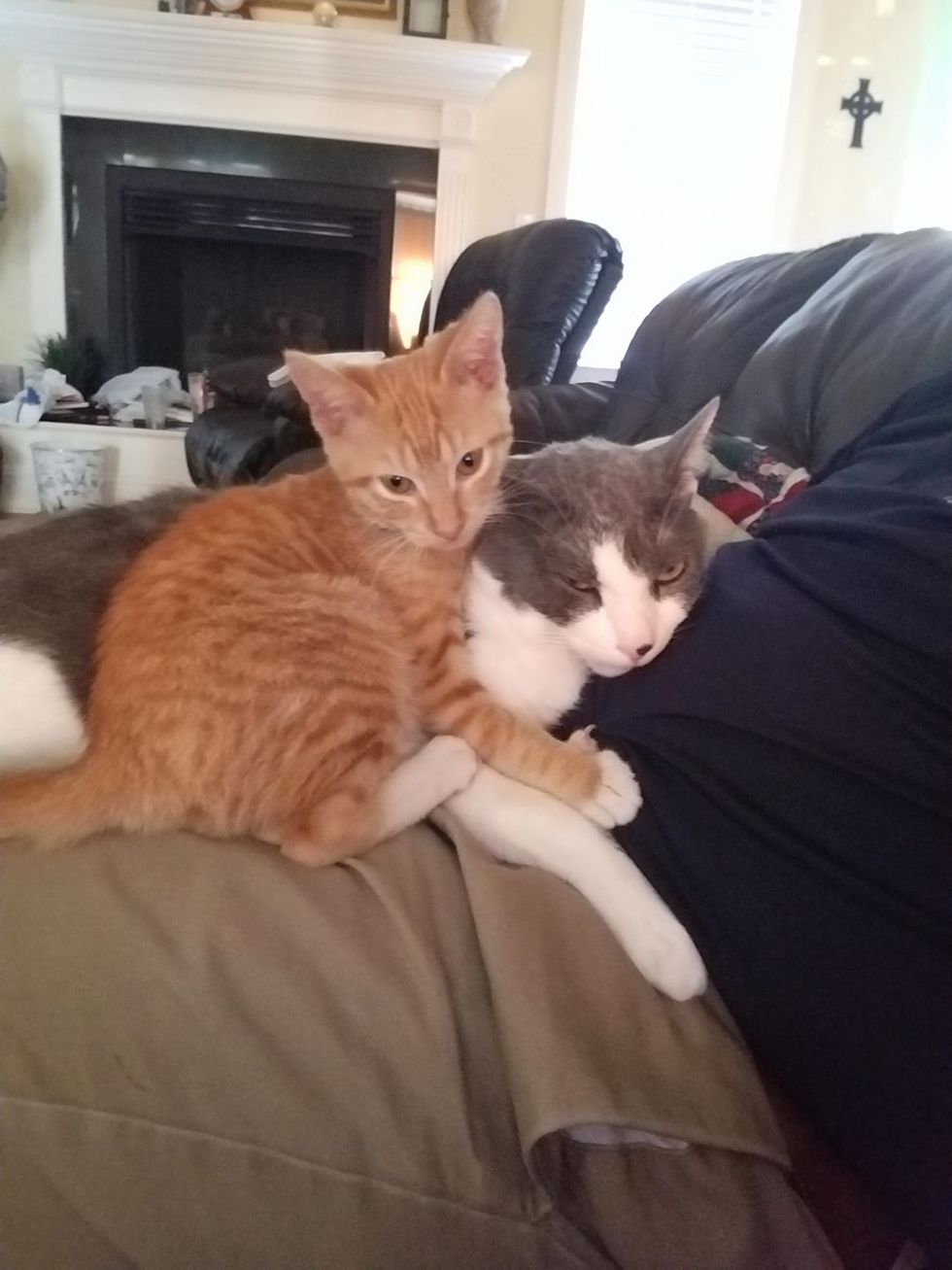 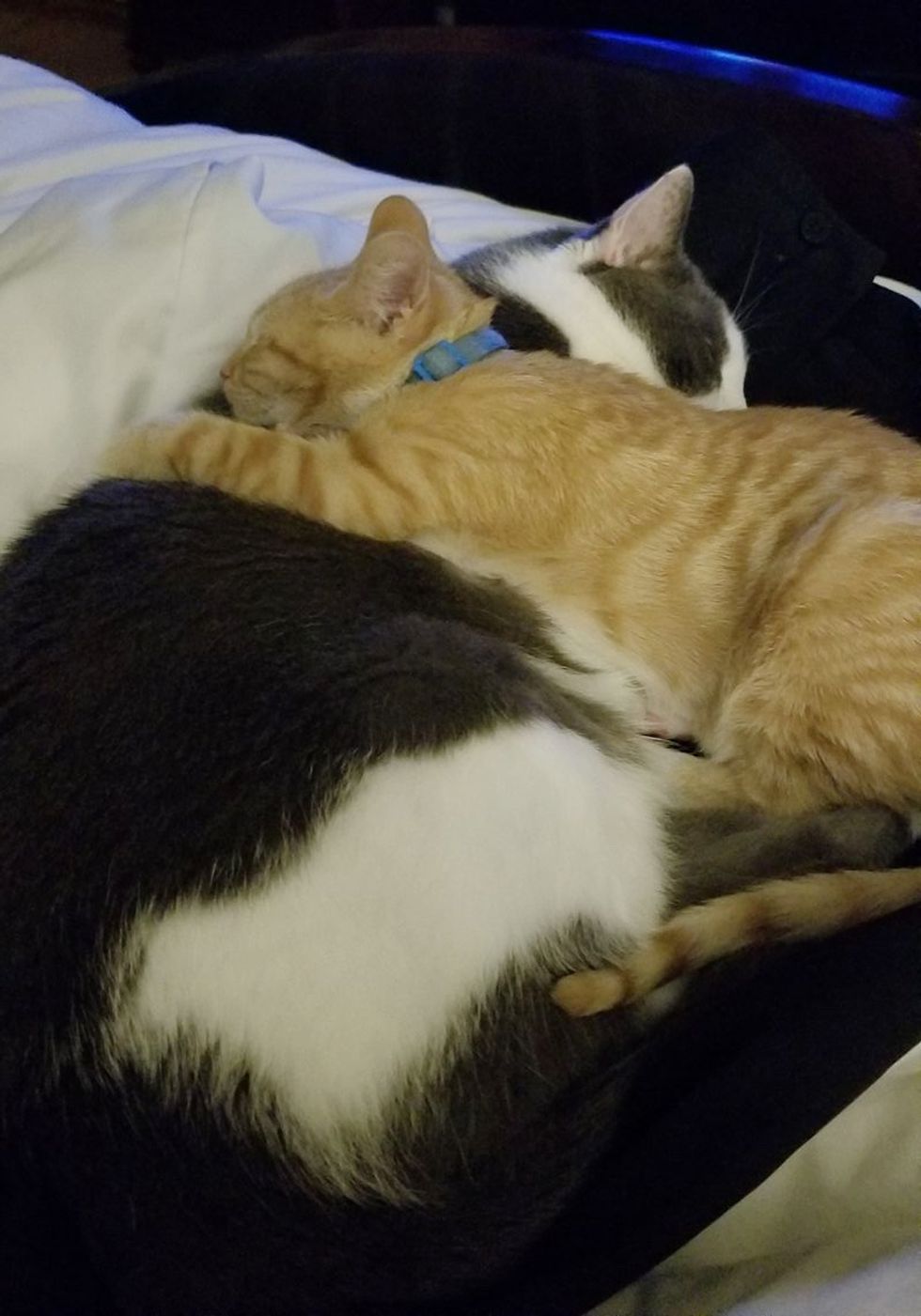 Related story: Underwater Bridge Inspectors Save Kitten from Drowning and Find Him a Home