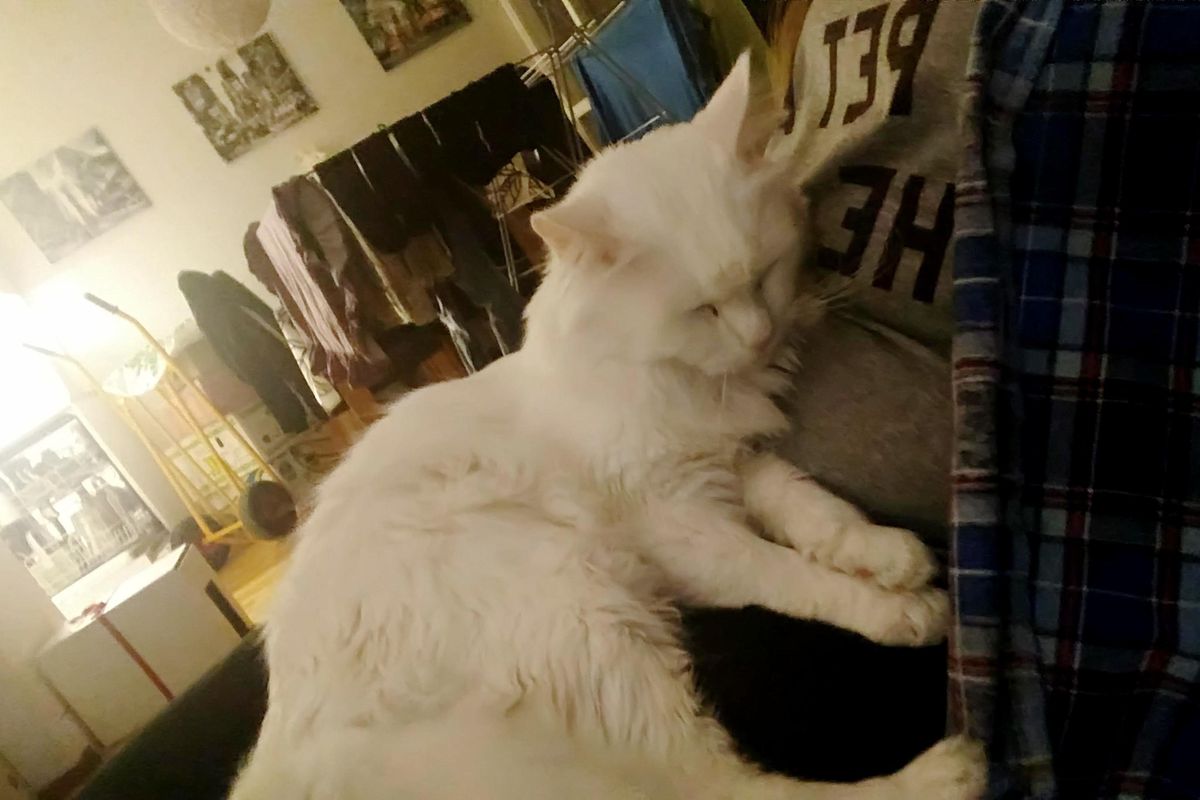 Family Takes a Chance on Cat "Too Aggressive To Be a Pet", 3 Days After Adoption...

A family took a chance on a cat, who was said to be "too aggressive", and it changed everything. 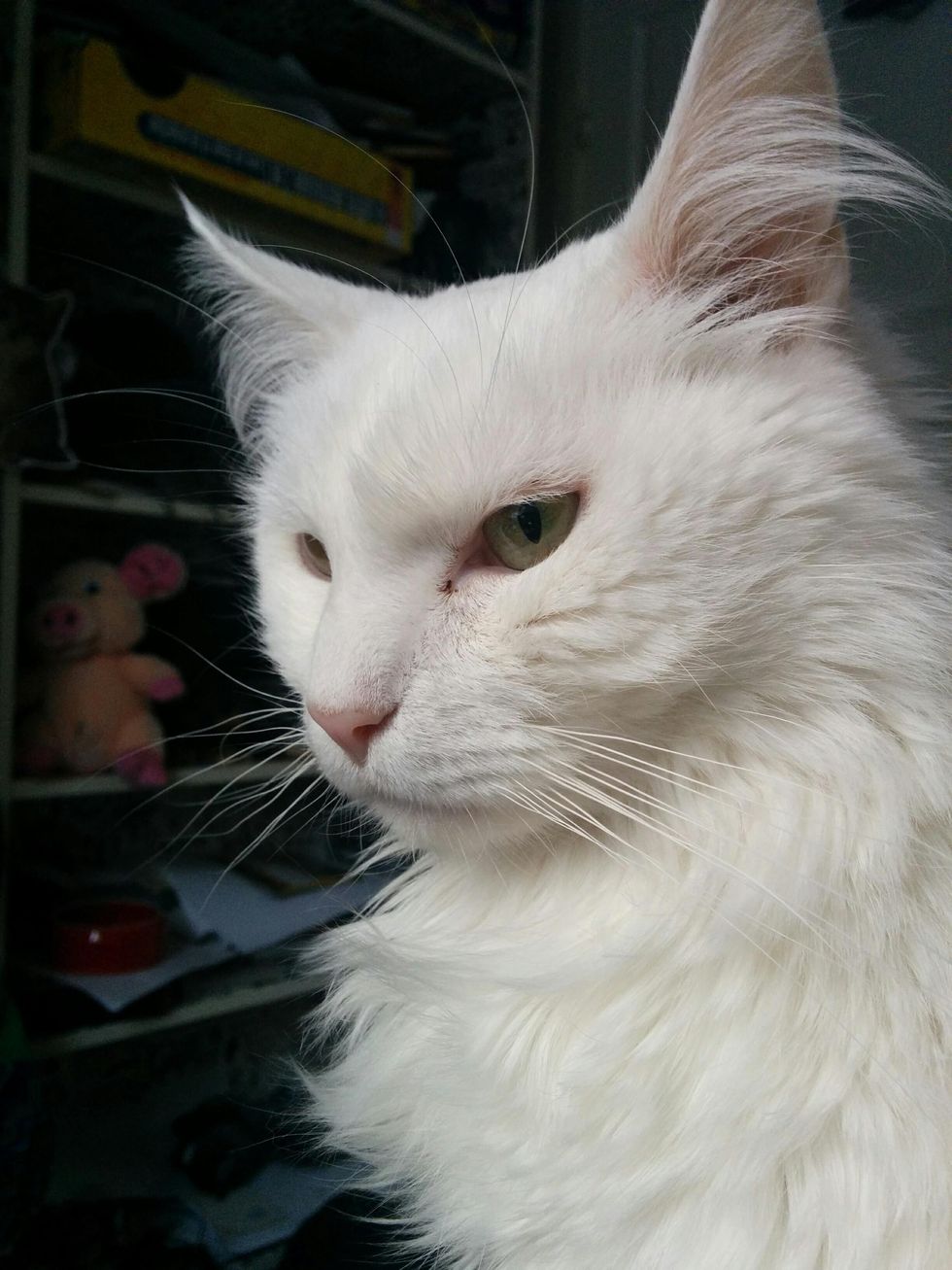 Four years ago, Cay (imgur user LeopardCay) heard about a rescued cat who was too difficult for his caregiver to rehabilitate. Cay reached out to her to ask about the cat.

The one-year cat had been through unthinkable hardship. "He's been thrown out multiple times, hit by a car, had his tail burnt... He's been through hell. And he had serious damages on his psyche," Cay said.

"The caregiver said that he wouldn't have a chance in the world to find a home. I told her that, yes he does and that he was going to live with my family." 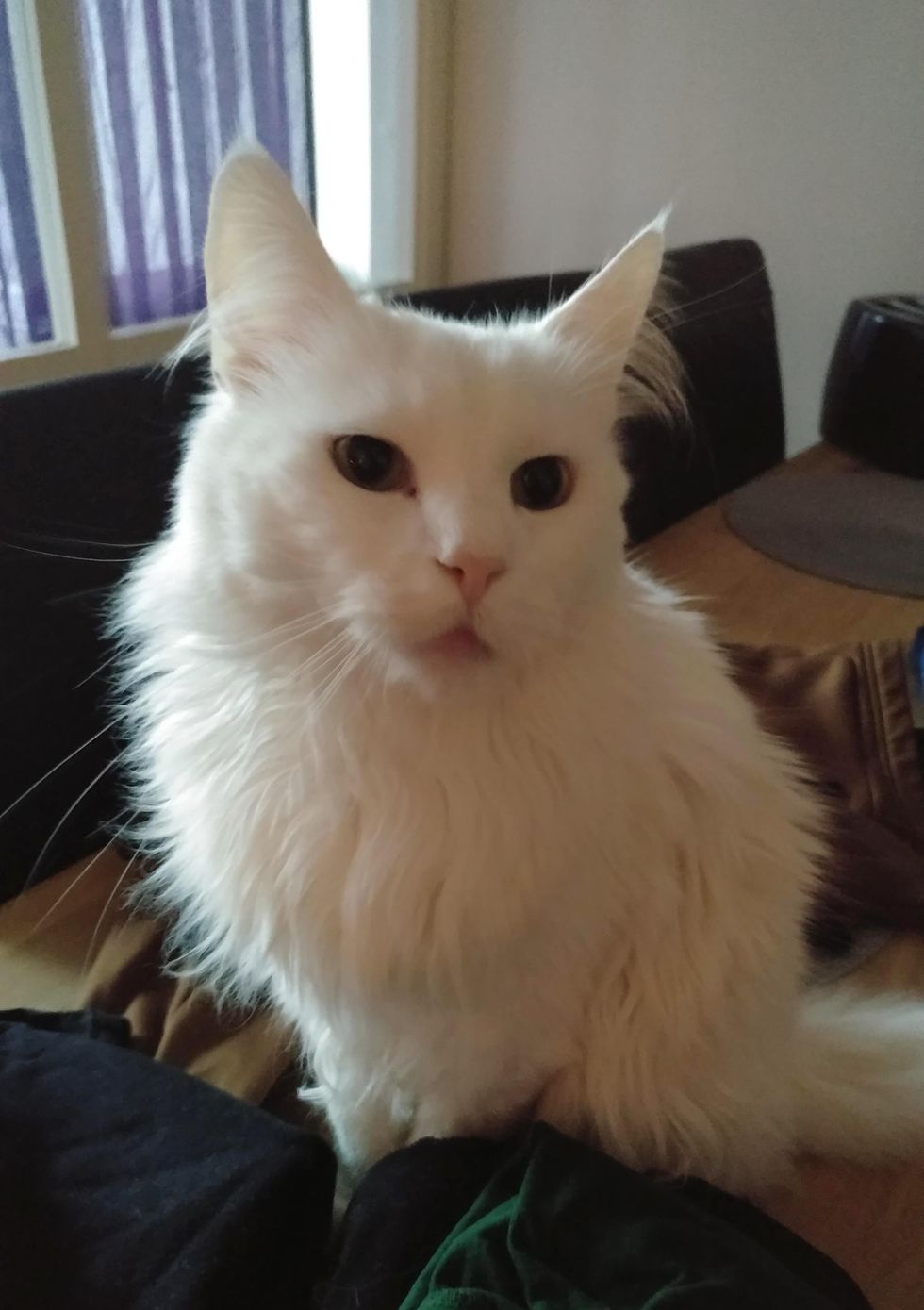 Cay talked to the shelter to offer to adopt him, but was told that the kitty was "impossible" and "too aggressive to be a pet." They said that Ludde had attacked another cat at the shelter and several other volunteers.

Because of his aggression, the shelter had scheduled to have the cat put to sleep in a week. 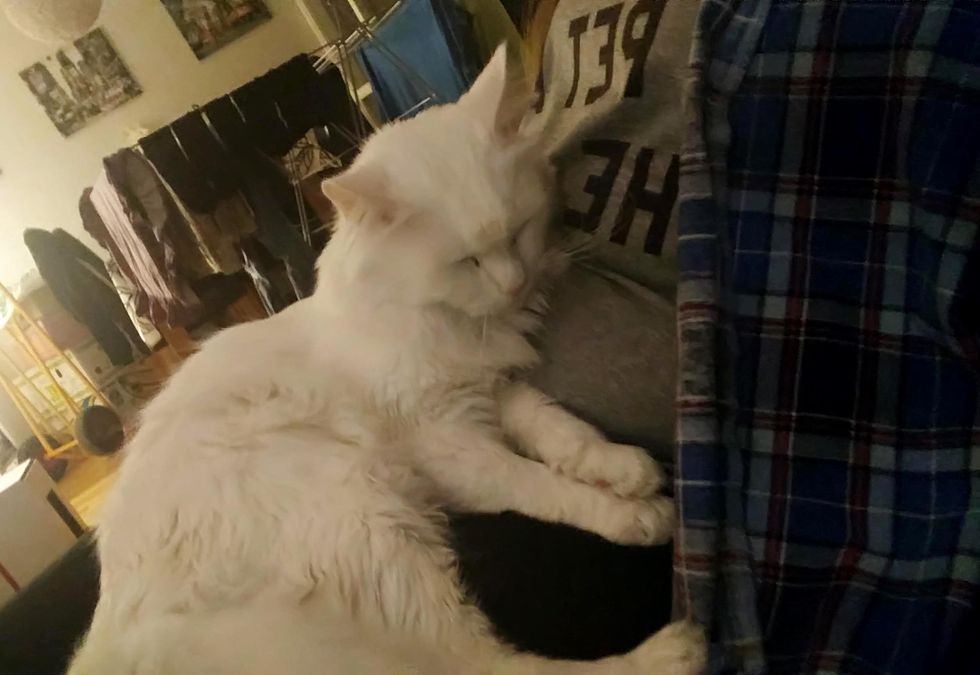 "I told my dad. After five minutes we called the shelter again and said we were going to take him."

The kitty defecated all over the carrier during the car ride to his new home because of fright. They washed him and let him explore his new abode. He strutted into the apartment and jumped on a shelf as if to claim the place as his own. 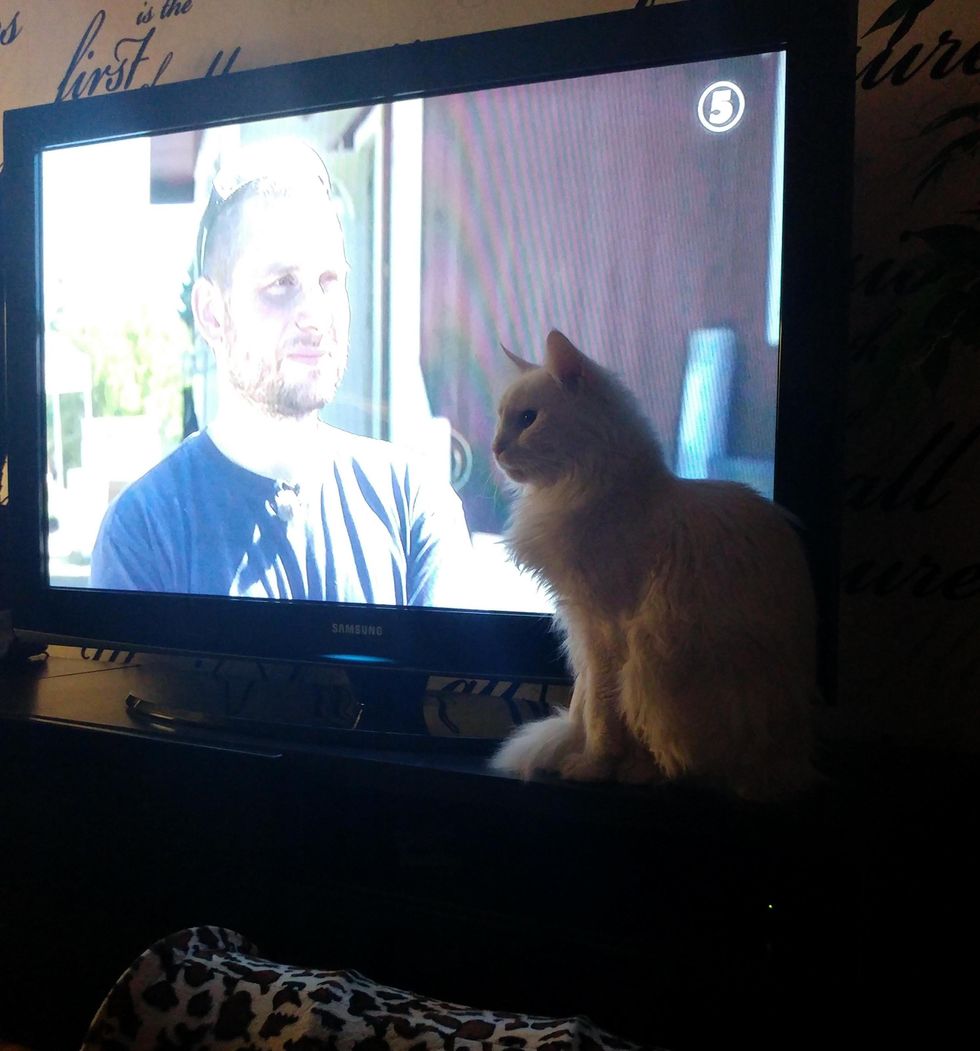 "It took three days before he got along with our two other cats. It took a week for him to trust us enough to smell us. After three months, he was family. He started seeking contact and enjoyed cuddling." 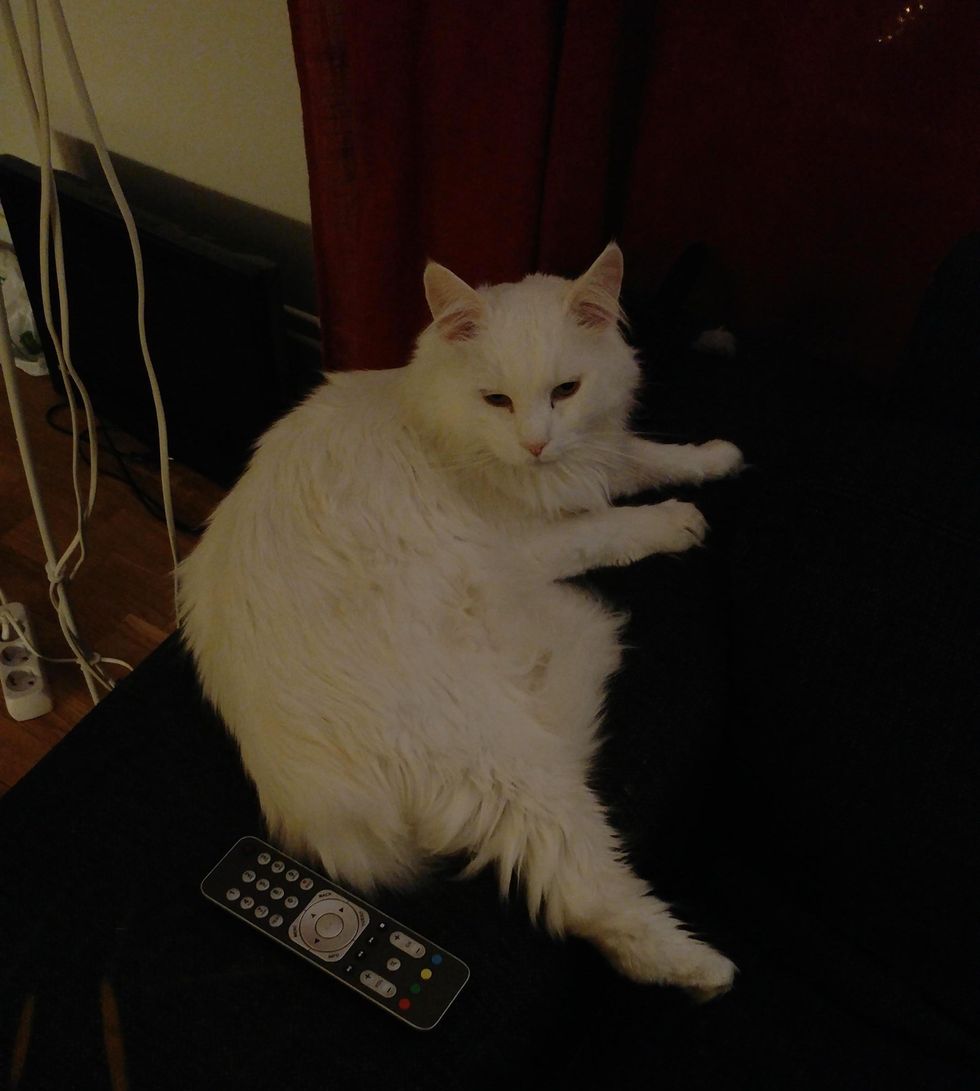 "After a year, he learned from watching the other cats to not bite when he was annoyed, but to meow or walk away."

Today Ludde is 5.5 years old, majestic, charming and very fluffy. One of his favorite pastimes is to snuggle between his human's leg and the couch arm wrest. 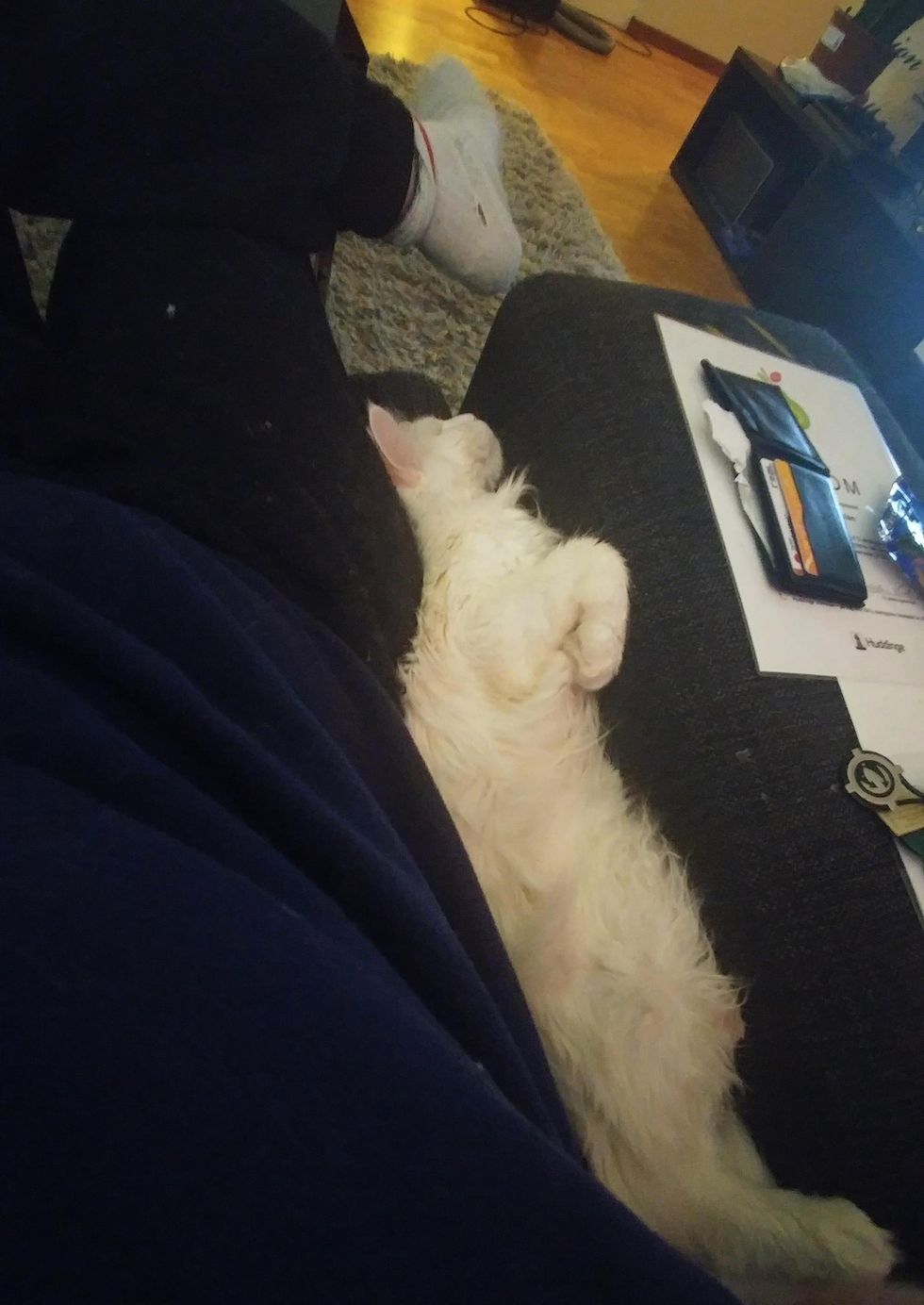 "Now four years later, he can't harm a fly. He spends most of his time in the couch snoring or watches us with curiosity. I think he understands sometimes that we saved him...

"He's too aggressive to be a pet.' That's a quote that doesn't fit a cat that crawls up into my lap as I write about him on the internet." 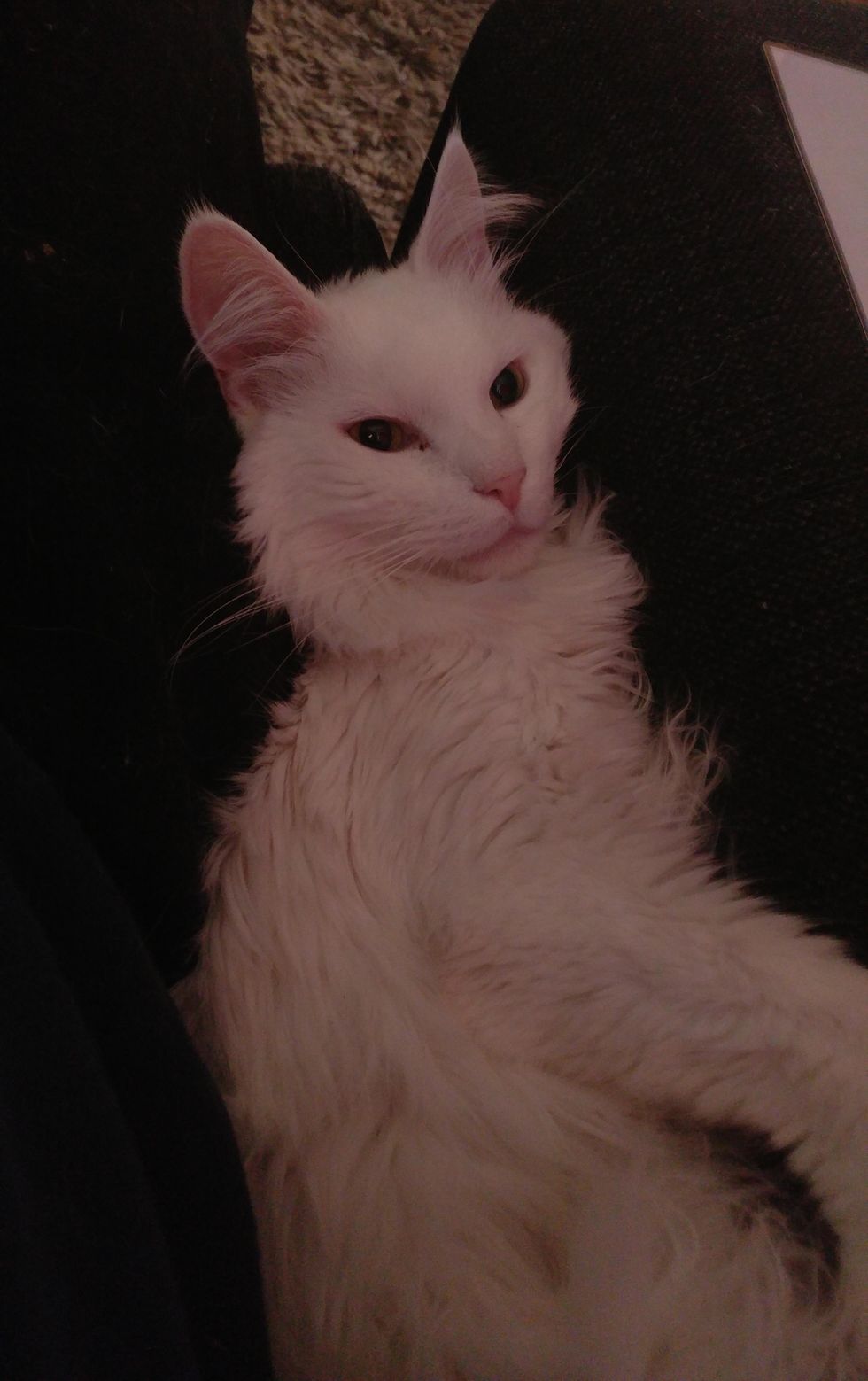