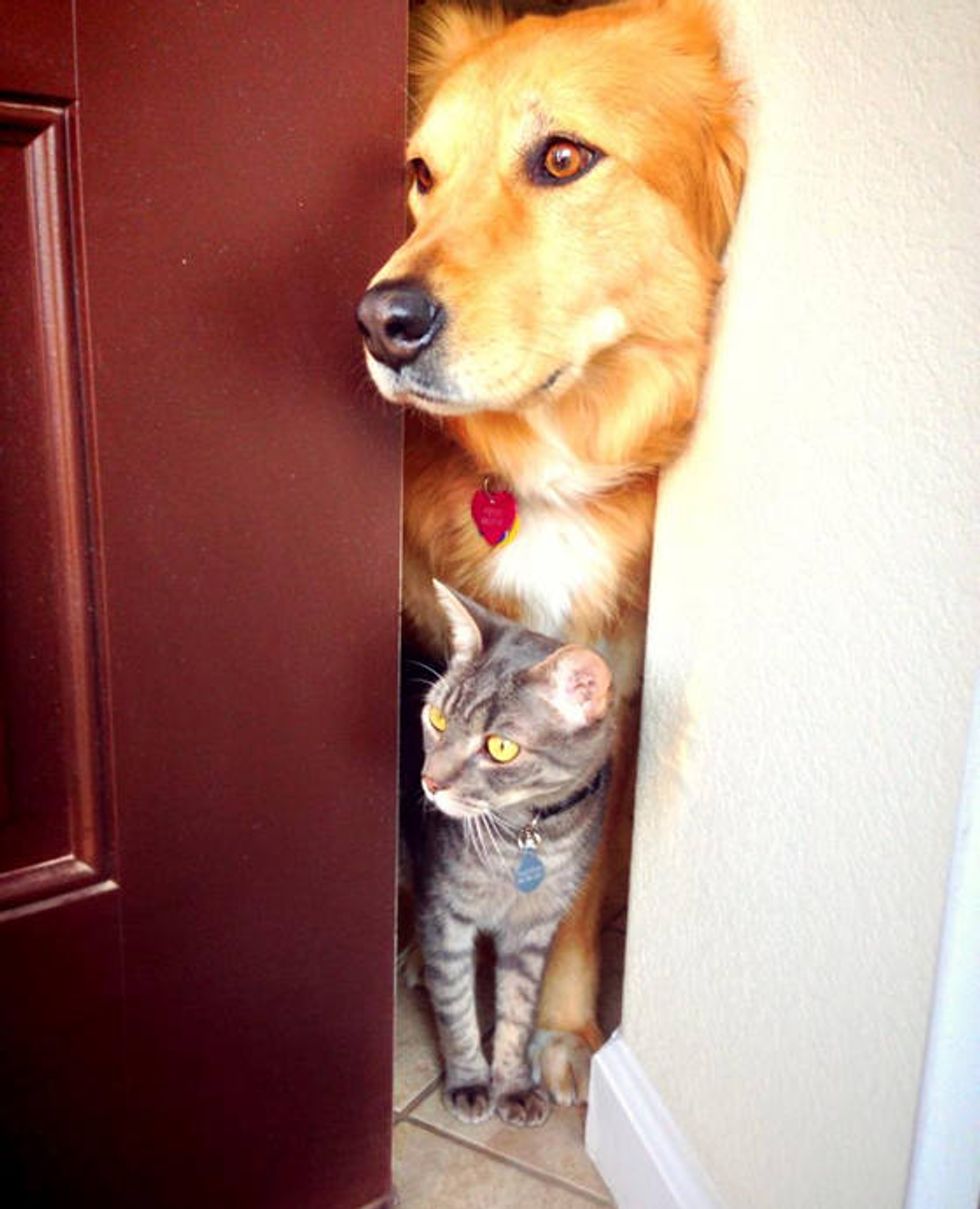 A little feral born kitty was rescued and brought to a new home where he met a dog who became his best friend for life.

"He was a feral born rescue kitty  (Paxton), but he bonded quickly to my dog when he was little and basically just mimics her, shadows her in how she interacts with humans. It took him 6 months, but he will now come and greet all visitors to our home," said the human via reddit.

"I kept them separate for two weeks. Pax was kept in a bathroom and Piper had the rest of the place. I had a bandana on the dog, and everyday I would alternate who had it (so that they would start associating each others scent with calm/relaxed states - and that they would be comfortable smelling like the other animal.

I also would put piper in her kennel and have pax out with me, so she got to see and smell and hear him without overwhelming him. I would also do the reverse, and have Pax in his lil crate up on the bed with me and Piper loose."

"...the kitten became boss right away! He swiped her nose and she yelped… After a few weeks of her slinking around like a battered dog, something changed between them and they started cuddling, playing and seeking each other out. It's been an amazing dynamic to watch!"

Paxton the kitten and his best friend Piper the dog, waiting for their human at the door

Paxton was a rescue feral and Piper took him in. They bonded and became inseparable friends.

When one goes into the kennel, the other follows.

Piper watches over Pax when he plays.

When Pax decides to nap in his bed, Piper snuggles up to him.

It's our bed now!