A senior cat who had lived a hard-knock life as a feral, was found in poor shape, but rescuers never gave up on him. When he met a litter of foster kittens, something magical happened… 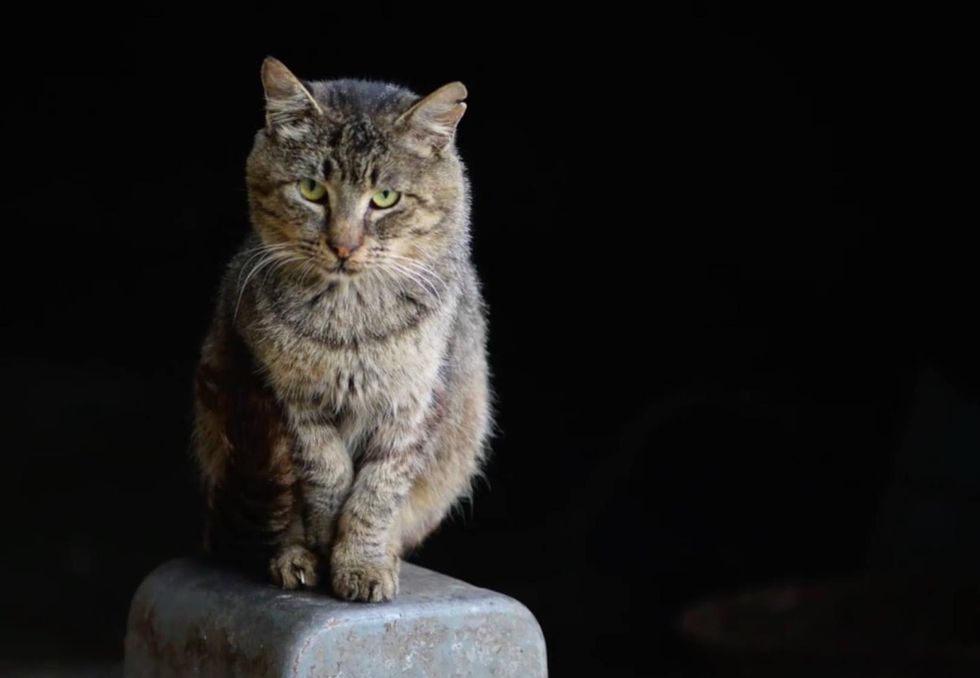 They call him Grandpa Mason, and he has lived most of his life in the wild, fending for himself everyday for survival.

Rescuers of TinyKittens (Langley, British Columbia) spotted the old soul and knew they had to get him out of there and give him a comfortable home where he could live out his golden years surrounded by love.

"Mason is an ancient, battle-scarred feral cat with advanced kidney disease. We felt he deserved to live his sunset months in comfort, free from pain," TinyKittens said. 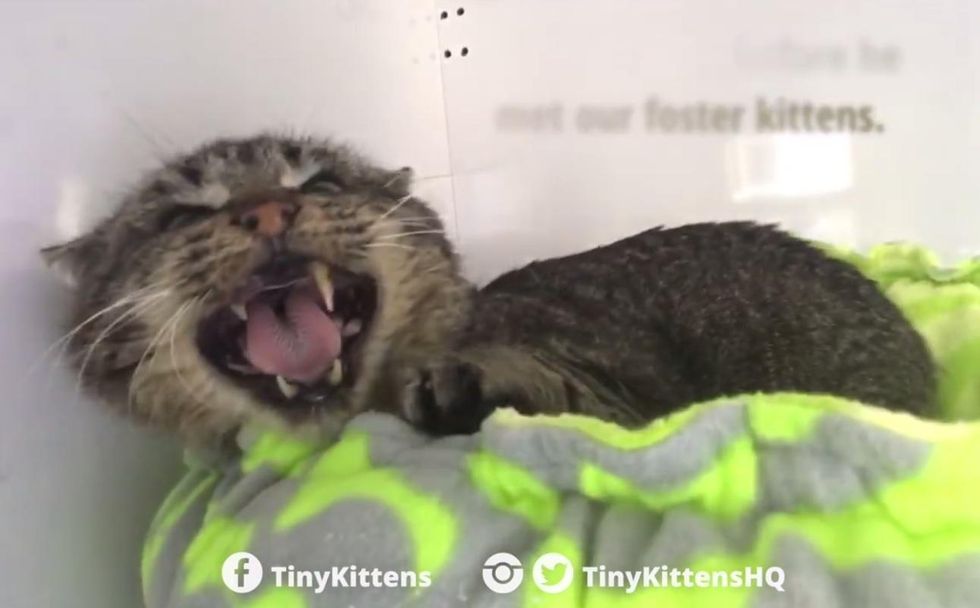 Due to his poor health, Mason was in constant pain. He was also very feral, but the rescuers refused to give up.

"A few months later, he was adapting remarkably well to life in a home." 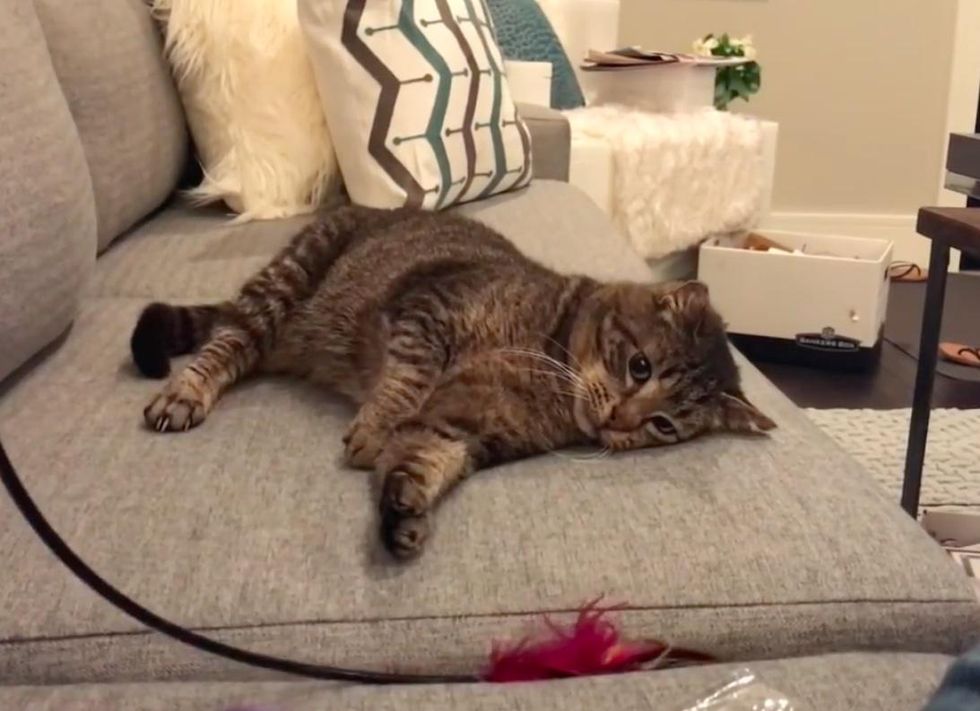 Mason still had the fierce side in him but he was slowly opening up to his caregivers. Everyone at TinyKittens was overjoyed by the progress he had made.

But little did they know that the love inside of him was about to be unleashed when they brought in a few foster fur babies. 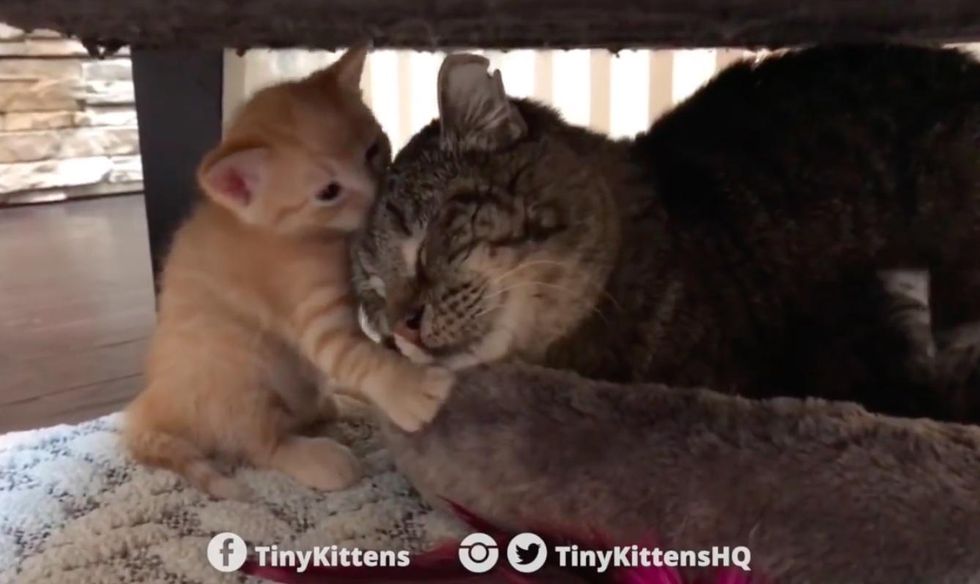 "We brought home some foster kittens, and something remarkable happened..."

Scrammy the kitten went up to Grandpa and after a few nose kisses and ear cleaning, the kitten wrapped his arms around Mason and they cuddled up together for a nap. 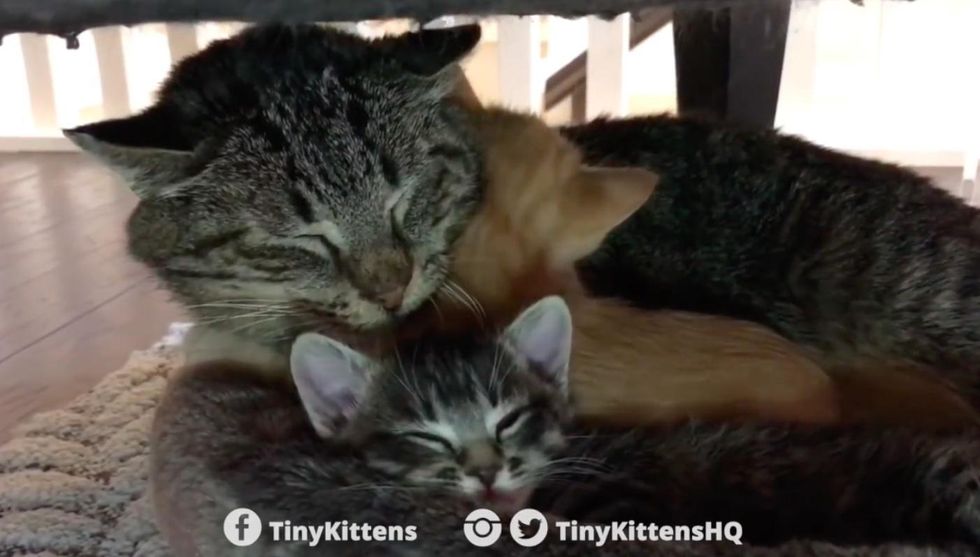 For the first time, Mason felt like he belonged. He was completely immersed in love and didn't want it to stop.

"This is why we don't believe in 'lost causes' at Tinykittens, and how we know every life has value -- no matter how broken, scared or abused they are when they come to us."

Grandpa Mason protects Scrammy from a suspicious yellow string! What a beautiful bond!