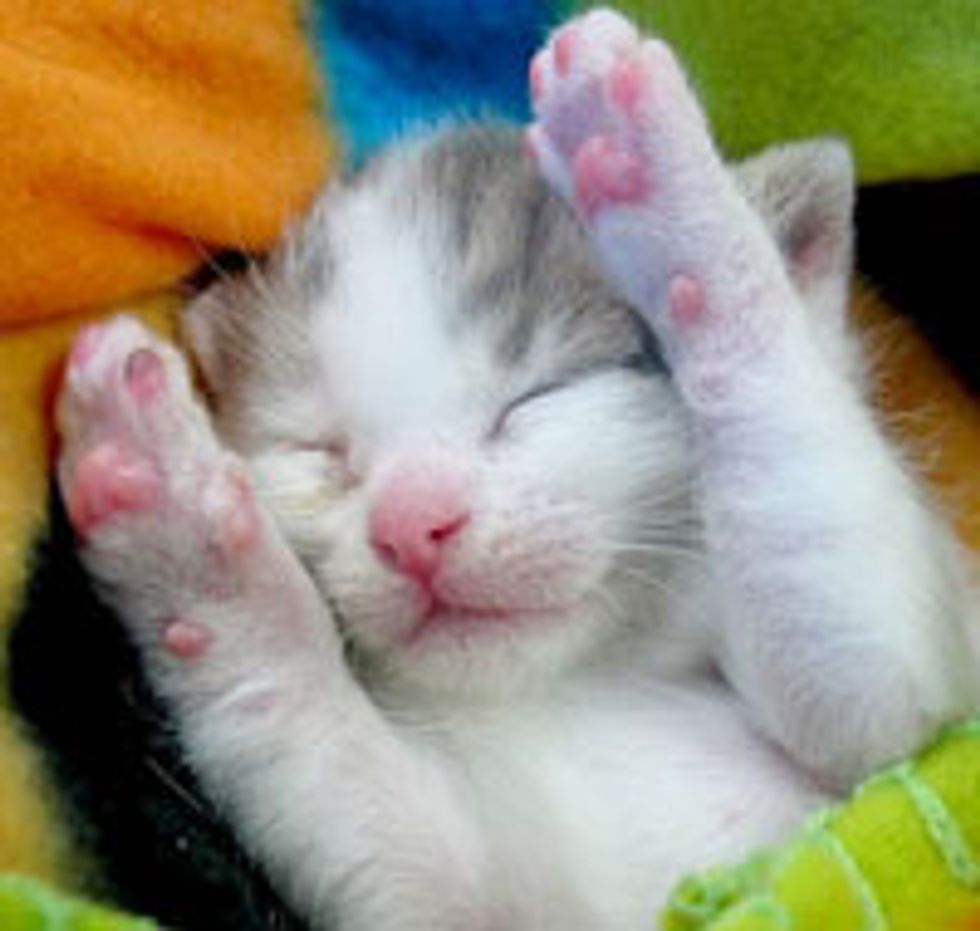 Gandalf the Kitty Charmed His Way into a Loving Home

In October 2008 I received a call from my vet saying that someone had brought in a four-day-old kitten that they found in the road in Stellenbosch (Western Cape, South Africa). As I was equipped with everything needed and had experience in raising such young kittens, the tiny baby was placed in my care. To this day no one knows how he came to be all alone in the middle of the road... all we knew was that he was a little fighter. Accordingly he was named Gandalf the White -- just like our strong little Gandalfie who appeared magically out of nowhere.

As he still needed to be fed every two hours, I had to take him to work with me and his first few weeks were spent in the intray on my desk. Unfortunately someone complained about a cat at work *sigh*, and I had to start leaving him at home, which I dreaded doing. Amazing how things work out though - the weekend before his first week home alone, a litter of 4 kittens just slightly older than Gandalf was placed in my care. This worked out perfectly as this meant that they could keep Gandalf company! As they were a few weeks older and much more agile, we were thorougly entertained by watching Gandalf trying to keep up with them, when in fact all he could really still do was putter around.

Gandalf crept deep into my heart very quickly and I knew within the first few weeks that I would not be able to part with this unique little kitten. He is a very inquisitive cat -- and to this day almost always has a slightly surprised look on his face as if he's asking, What's going on? What you doing? Where you been? And he investigates everything and anything -- not scared of a single thing. The staff at my vet has even honoured him with title of Mr Personality!

When he still needed to be bottle-fed regularly, I used to carry him around with me in a big sturdy recycle-friendly shopping bag. And that seems to have stuck with him as he loves getting into any bag (even more so than cats usually do). You can't put down a bag without him getting in it with a look of, Where we going now?

He also loves water! You will often find him in the basin just cooling down, or he'll sit with me when I bathe and just soak his tail in the water.

When he was younger it just didn't feel right calling this little creature by such an imposing name as Gandalf the White - and he used to go by just "Alfie". Now, however, at just over two years old, he has grown into an absolutely gorgeous adult cat, -- a magnificent Gandalf the White.