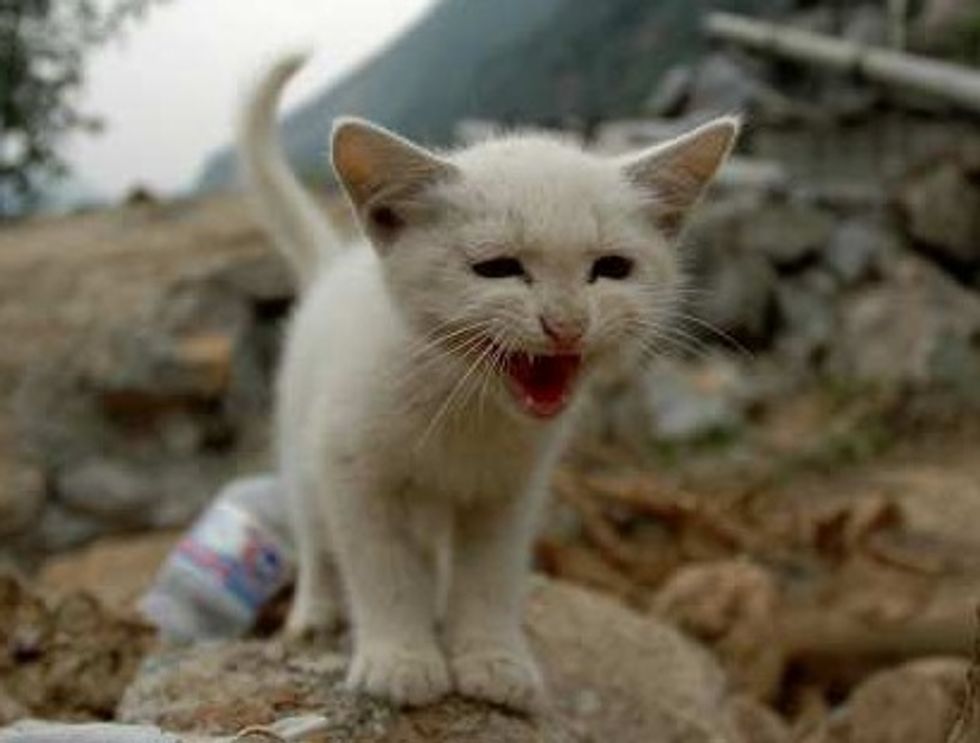 Good News from Cat Island, How to Help

Sendai Television Inc. (http://joox.tv) reported a message on their bulletin board regarding contact from Tashirojima (Cat Island). On March 14 approximately 2pm local time, two tourists from Aoba-ku, Sendai were confirmed safe in one of the shelters on Cat Island. Though the post was later removed from the bulletin, we were able to retrieve it through Google caching (screenshot).

Most of people and cats are doing ok on the island, but they are very short of necessities such as food and water. A Self-Defense Force helicopter has landed on Tashirojima (cat island) and rescue effort is underway.

"Just to give everyone an update on Tashirojima, cat island. The people and cats are safe but short of food. A volunteer looked into transporting food by boat, but the is too much debris in the water. A helicopter is the only way. The army will probably get a helicopter ready soon so we are looking into the possibility of asking them to take cat food too," stated by Japan Earthquake Animal Rescue and Support, a coalition of three no-kill rescue groups: Japan Cat Network, Heart Tokushima and Animal Friends Niigata.

Many other rescue groups have been on the road to send relief to the devastated areas, but traffic is the biggest hurdle for them to get to the places. The same trip that used to take only a couple hours, now takes 7 or longer hours to get to. Many shelters are also affected by limited gas supply for transportation and scheduled power outages.

Animal Welfare will be deploying a team to assess needs regarding animal rescue. ""As we saw most recently in Haiti, major disasters require long-term planning and a concerted effort between NGO and governmental ranks to ensure that the greatest number of animals and humans benefit from the intervention." You can donate to help.

Japan Earthquake Animal Rescue and Support have set up a fundraiser for people who want to chip in and help. You can check out Japan SPCA to send your support.

World Vets and and American Humane Society are on their way to provide relief to the affected areas.

"This is the start of our trip to get closer to the areas affected. We packed the van with supplies from Animal Friends Niigata (where any animals we find will be brought back to, given proper medical care). What you see is pet food, kennels, leashes and capturing equipment."