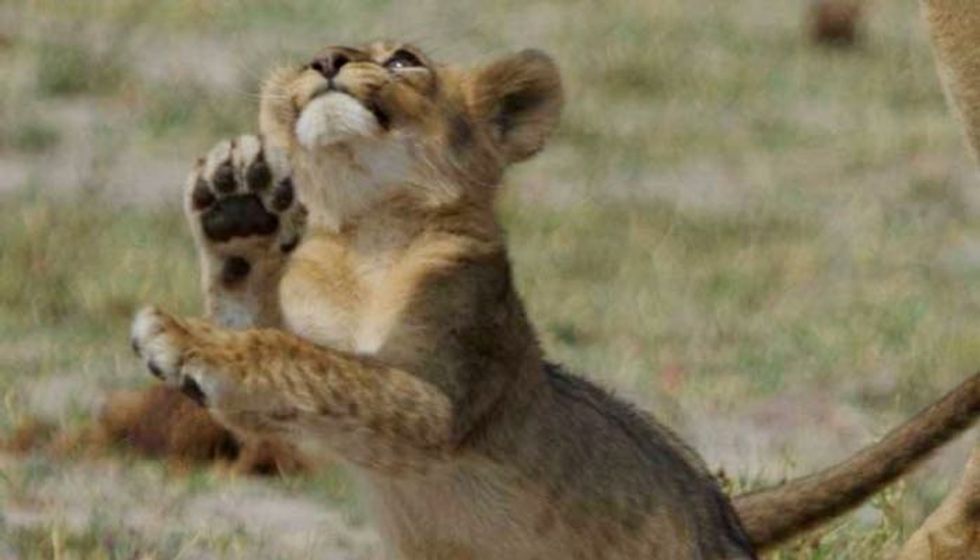 These furry bundles of roar belong to Xanda, Cecil's son. According to Wilderness Safaris, their mother is a member of the Ngamo Pride who must have mated with Xanda.

Having fun with mom's tail!

Cecil was an iconic figure at Zimbabwe's Hwange National Park. His life was ended at the hands of an American hunter when he was 13 years old. Before his death, Cecil led two prides containing 12 cubs and six lionesses along with another lion.

Wilderness Safaris shares the story on Facebook: "After finding these cubs at Ngamo with Xanda (one of Cecil's sons) relaxing nearby, Linkwasha guide Sam Mushandu reports that Cecil's legacy is alive and well... and playing with mum's tail...

He estimates that the cubs are about 3.5 to 4 months old." Sam watched them for about an hour and captured moments of this beautiful and magnificent family.

"Sam has made a lot of people very happy (including us) with his wonderful news!" they add.

Cecil the lion had several sons and Xanda is the one of the three survivors. According to Wilderness Safaris the cubs and the mother are monitored daily to ensure their safety.

Knowing that Cecil's grandcubs are doing well with their mother, it has brought us a lot of hope. These little furry ones have a lot of growing up to do till the day they become magnificent roaring lions themselves and pass down their grandfather's legacy.