A photo of an older gentleman and a kitten has been making rounds on the internet. This beautiful image captures the moment of love shared by these two companions.

The image was reportedly taken on a bus in Istanbul, Turkey. The man had a little black kitten wrapped in a blanket and cradled in his arms while the two were riding on a bus together. 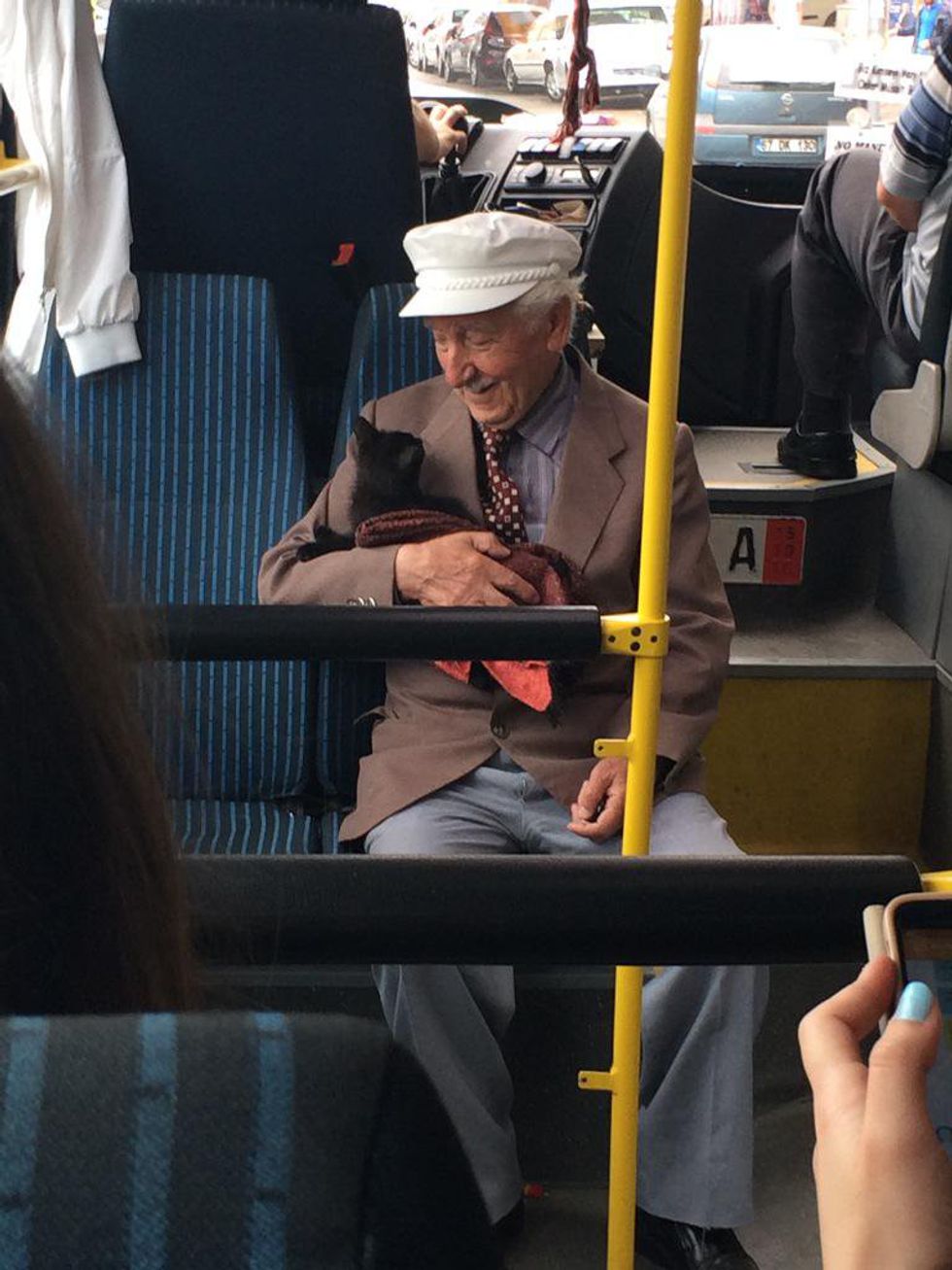 The image was captured when the two locked eyes and the old man smiled in bliss -- like a grandpa would, seeing his grandchild.

The kitten - whose face is not shown in the photo - looked up to the older gentleman with those ears perked up. We could almost hear the kitty purr through the image.

This picture quickly went viral after it appeared on the Internet. Many people called it the "cutest thing" they have seen and that the grandpa looks like "the happiest man in the world." 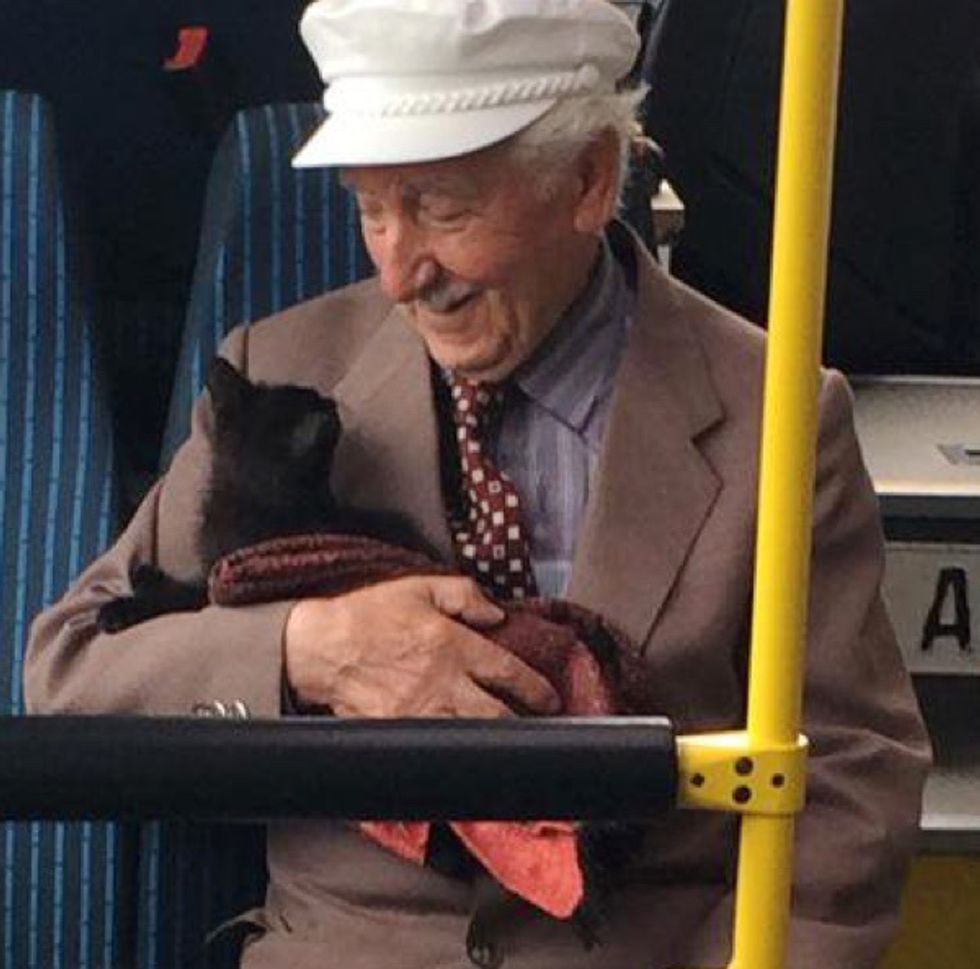 Cats are loved and adored in Istanbul.

The famous laid-back cat Tombili was so beloved by the locals that they immortalized him with a statue at his favorite spot. 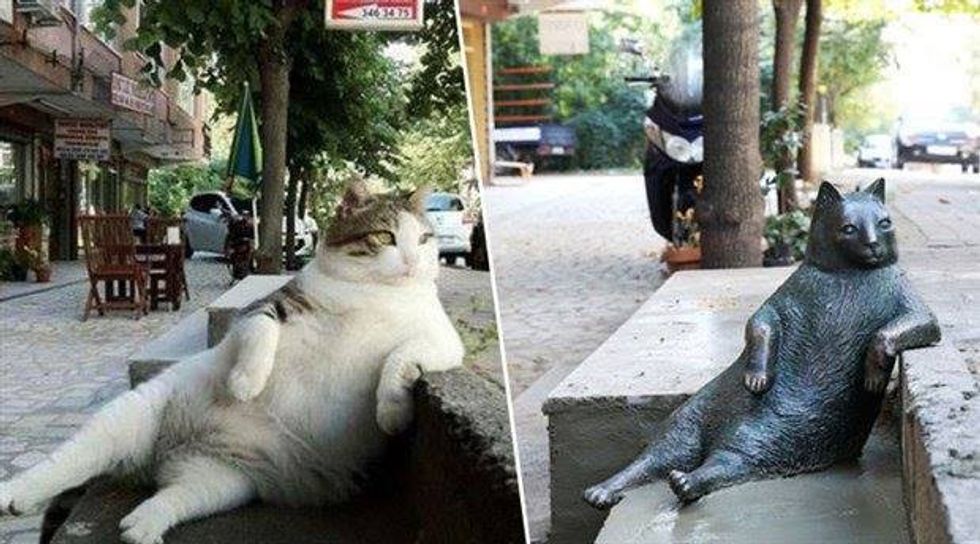 Turkish pianist Sarper Duman from Istanbul has rescued and adopted nine cats from the streets. He plays piano for them every day. 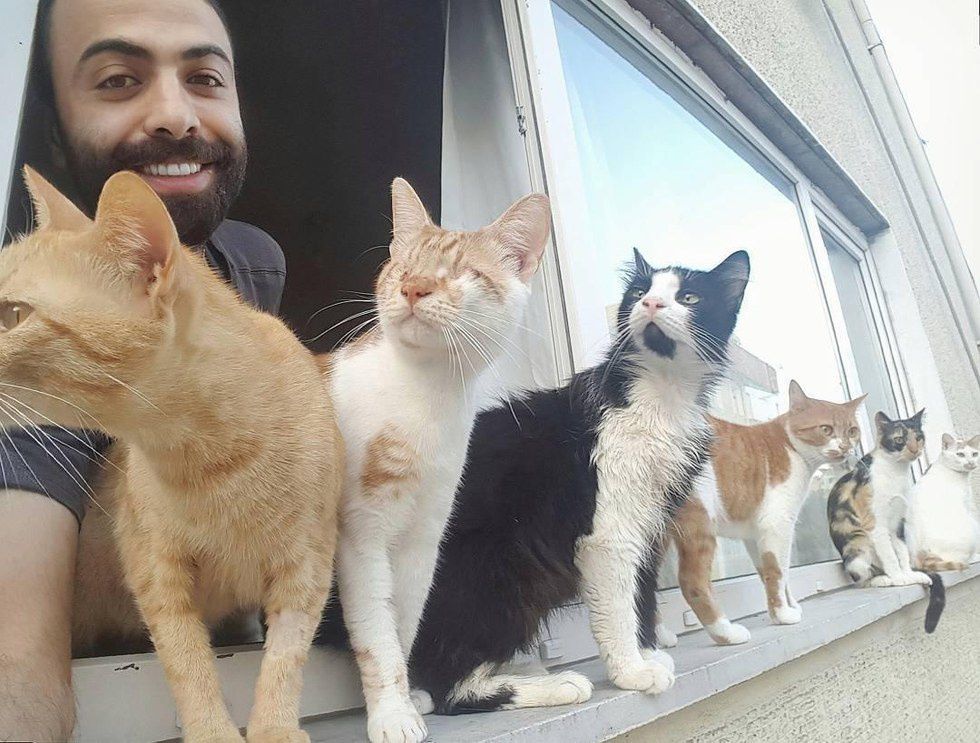 Imam Mustafa Efe keeps their mosque's doors open for stray cats (in Istanbul) to give them shelter and keep them warm. 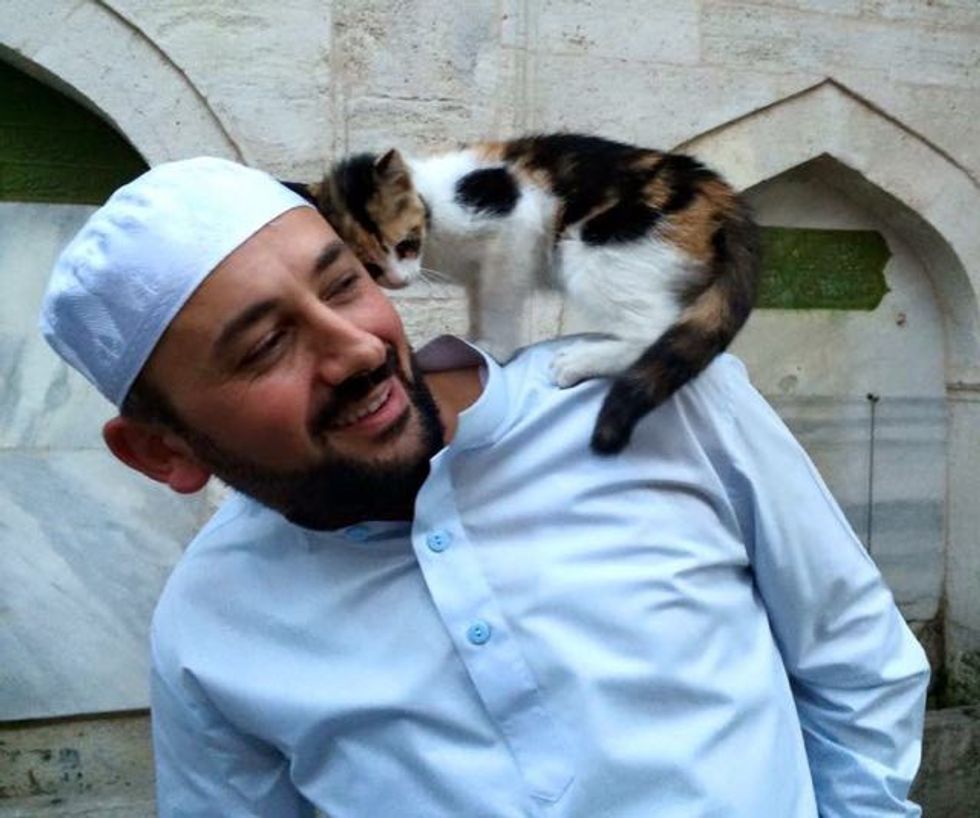