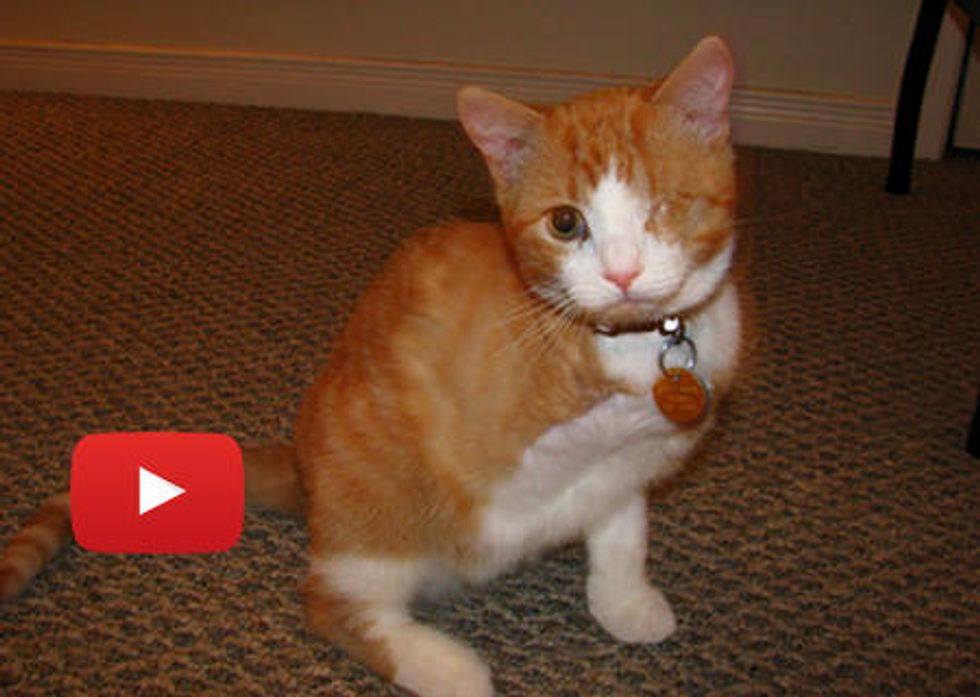 Meet Henry, a 3 legged pirate cat, who has a wonderful spirit and never thinks he is any different. Henry is not disabled, just differently abled.

"He was born with a non functional forepaw, likely from loss of circulation. His eye had an ongoing issue with ulcers and secretions. They deemed it best to remove both, so on January 27th they amputated his leg, removed his eye and neutered him. That must have been one hell of a wake-up! According to his medical records, he was purring and cuddling and ruling around the very next day. Right now he acts as though nothing is wrong, he runs around and jumps on things just fine… quite a handful actually," said Henry's human via reddit.

"Apparently his lone front leg will get more buff as he grows (he's 5 months old). Right now, if he jumps from somewhere taller than 3 feet or so, he stumbles a bit on the landing. Not that it stops him at all! So there isn't anything we need to actively help him with, but we did make sure he's got ways up and down things easily for now," he added.

Meet Henry, a 3 legged pirate cat, who never thinks he is any different. [Watch video below] 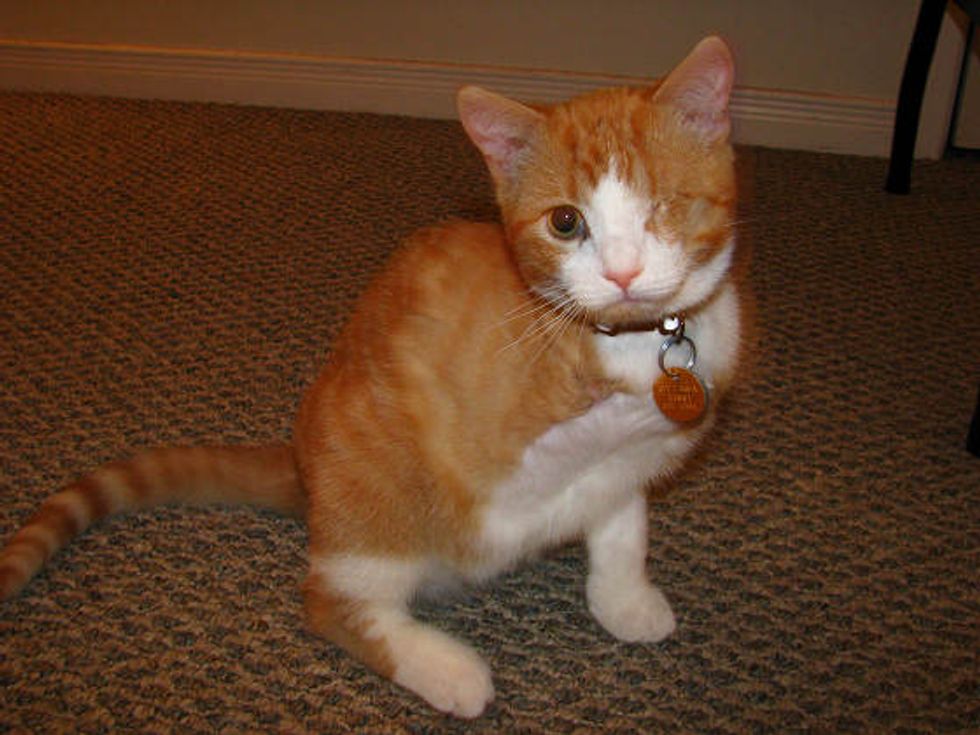 He just recently found his human. 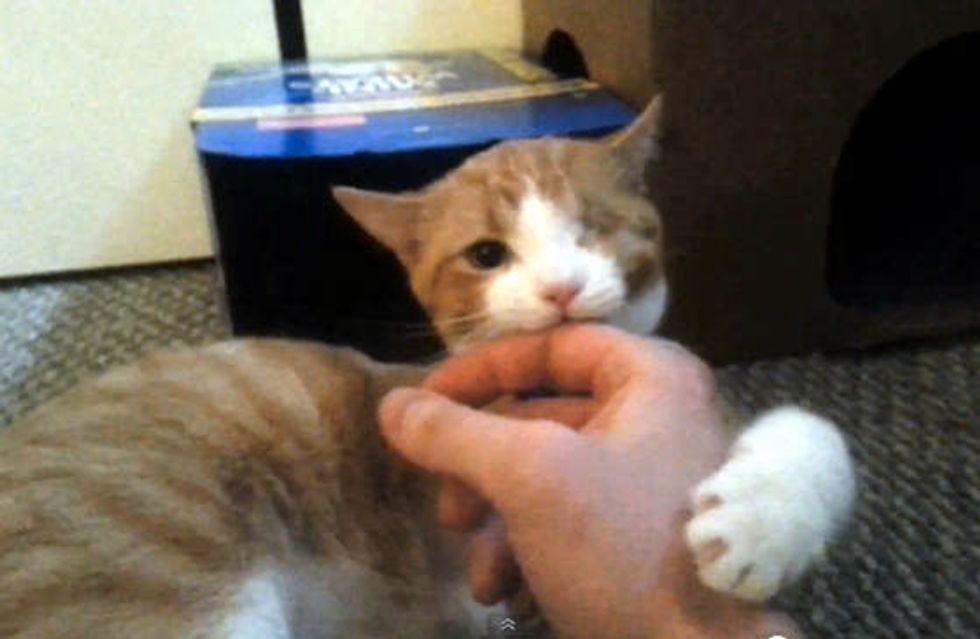 Henry loves to play and is very adventurous. 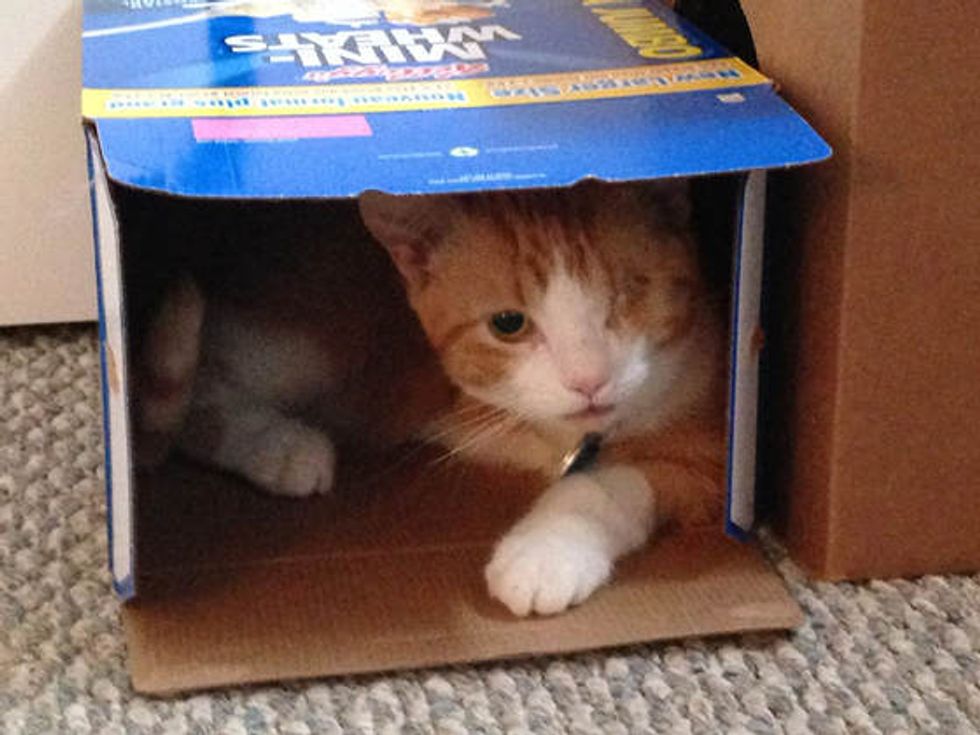 He is such a happy kitty and is enjoying his new forever home. 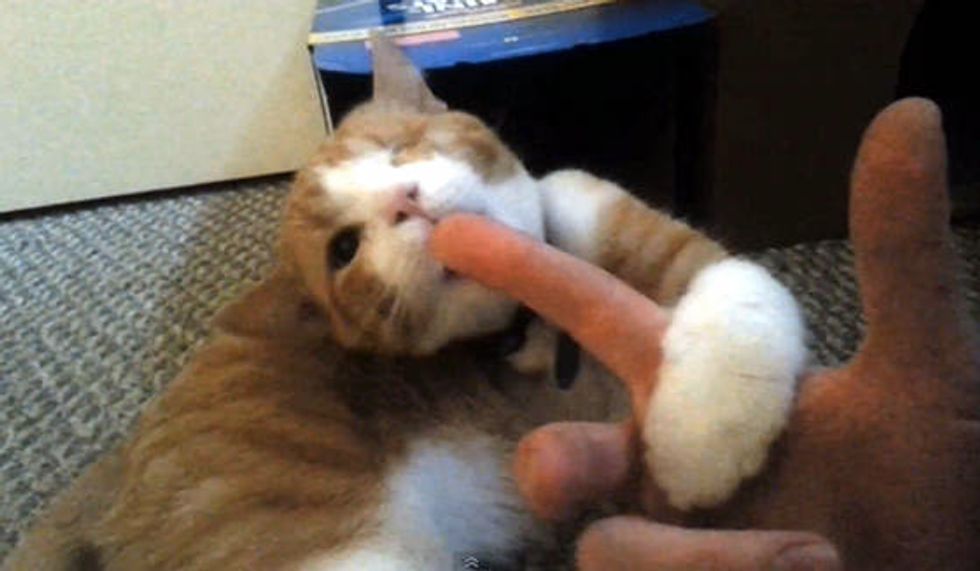